Tom Fitton: SCOTUS Protesters Weren't Protesting, "That Disruption Was Against the Law!" 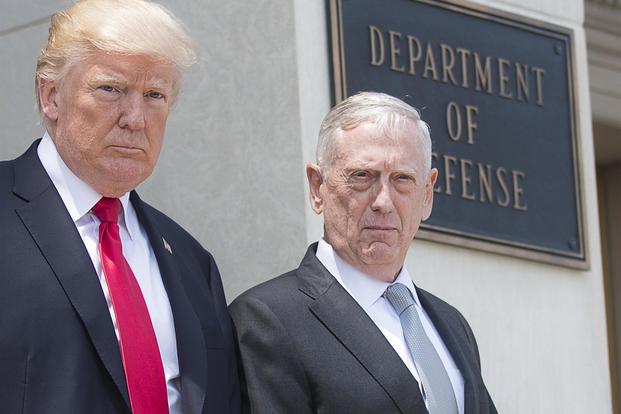 The Watergate reporter wrote that Mattis once described President Trump as having the understanding of “a fifth- or sixth-grader” when it comes to the Korean Peninsula, according to The Washington Post.


“The contemptuous words about the President attributed to me in Woodward's book were never uttered by me or in my presence,” Mattis said in a statement. “While I generally enjoy reading fiction, this is a uniquely Washington brand of literature, and his anonymous sources do not lend credibility.”


More @ The Hill
Posted by Brock Townsend at Tuesday, September 04, 2018 No comments:

The Constitutional Thought of Thomas Jefferson A review of The Constitutional Thought of Thomas Jefferson by David N. Mayer (University of Virginia Press, 1994).

Thomas Jefferson’s reputation is that of a great thinker. He is popularly (and I believe wrongly, but that is a different matter) believed to have been the greatest thinker among American’s Revolutionaries. It is as a writer and as an unofficial pontifex rei publici that Jefferson is remembered, as the man who sat on Monticello and defined American liberalism. Yet, despite the perennial attention to the thought of the Revolutionary generation, generations elapsed between the last book-length study of Jefferson’s constitutional thought and David N. Mayer’s The Constitutional Thought of Thomas Jefferson.

Politico incredulously reports that federal aid enrollment among immigrants is shrinking, and the reason has to do with what the report implies are unfair immigration policies. Right off the bat, Politico makes an emotional appeal regarding nourishment, which apparently is under threat.

“Immigrants are turning down government help to buy infant formula and healthy food for their young children because they’re afraid the Trump administration could bar them from getting a green card if they take federal aid,” according to the report. (As they should be)


More @ The Patriot Post
Posted by Brock Townsend at Tuesday, September 04, 2018 No comments:

A Calming Effect at Sumter


North Carolina’s Jonathan Worth sensed that despite the sectional troubles of the latter 1850s and Lincoln’s election, “Unionist sentiment was ascendant and gaining strength until Lincoln prostrated us.” He added “the President could abandon Sumter and Pickens without any sacrifice of his principles . . .” Worth also felt that Seward’s duplicity did more that all the secessionists to drive North Carolina out the Union, as Lincoln behind the scenes pursued his aggressive policy of war.
Bernhard Thuersam, www.Circa1865.org  The Great American Political Divide

A Calming Effect at Sumter

“The [Confederate] commissioners were impatient to gain a hearing and get on with their negotiations. At first Seward promised to let them know how best to bring the subject of their mission before the President and the cabinet. Then he began to stall them off by saying the administration did not yet have time to deal properly with a matter so important.

The President, he explained, was “besieged” by applicants for office and was “surrounded by all the difficulties and confusion incident to the first days of a new administration.” Seward gave the commissioners to understand, however, that Sumter very soon would be evacuated anyhow.

When they demanded an informal conference with him (at no time had they and he met face to face) he said he would have to consult the President. The answer he later relayed back to them was “No, it would not be in his power to receive the gentlemen.”

The rumors Seward had started, about the early abandonment of Sumter, eventually appeared in the press. They made “great news” in the metropolitan dailies on Monday, March 11, the very day on which Lincoln, in his orders to [Gen. Winfield] Scott, reaffirmed the opposite policy – a fact which the newspapers did not report and did not know.

As the news spread, it had, on the whole, a calming effect in Richmond and elsewhere in the non-Confederate South. “The removal from Sumter,” said George W. Summers, writing on behalf of the Virginia Unionists, and writing as if the removal already were a fact, “acted like a charm – it gave us [Southern Unionists] great strength. A reaction is now going on in the State.”

In Washington, the Confederate commissioners agreed to postpone their demand for an immediate reception. They would wait, but only for a couple of weeks, until about March 28, and only on condition that the existing military status of the Union forts remain absolutely unchanged.

In Charleston, the publishers and the readers of the Charleston Mercury and the Courier rejoiced that Sumter would soon fall without a fight. “The news . . . seems to have caused an almost entire cessation of work on the batteries around us,” one of [Major] Anderson’s officers wrote to the War Department . . .”

In the city of New York, and throughout the . . . North – there was mixed reaction. Some thought the decision unfortunate but unavoidable. Some, especially Buchanan Democrats and also businessmen with Southern connections, heartily approved.”

$75,000 a year with benefits; no college needed. Yet local employers can’t fill jobs

Miami is a city with an ever changing skyline. And those who make it happen — the plumbers, electricians, brick masons and carpenters — earn far above the local median: $55,000-75,000 a year with full benefits and a pension.

But as the economy barrels toward full employment, local contractors are struggling to find enough skilled workers to fuel the construction boom.

“We’re seeing it across the board. There are shortages in every trade,” said Peter Dyga, president of the South Florida-based Florida East Coast Chapter of Associated Builders and Contractors, a non-profit trade organization comprised of several construction firms and contractors. 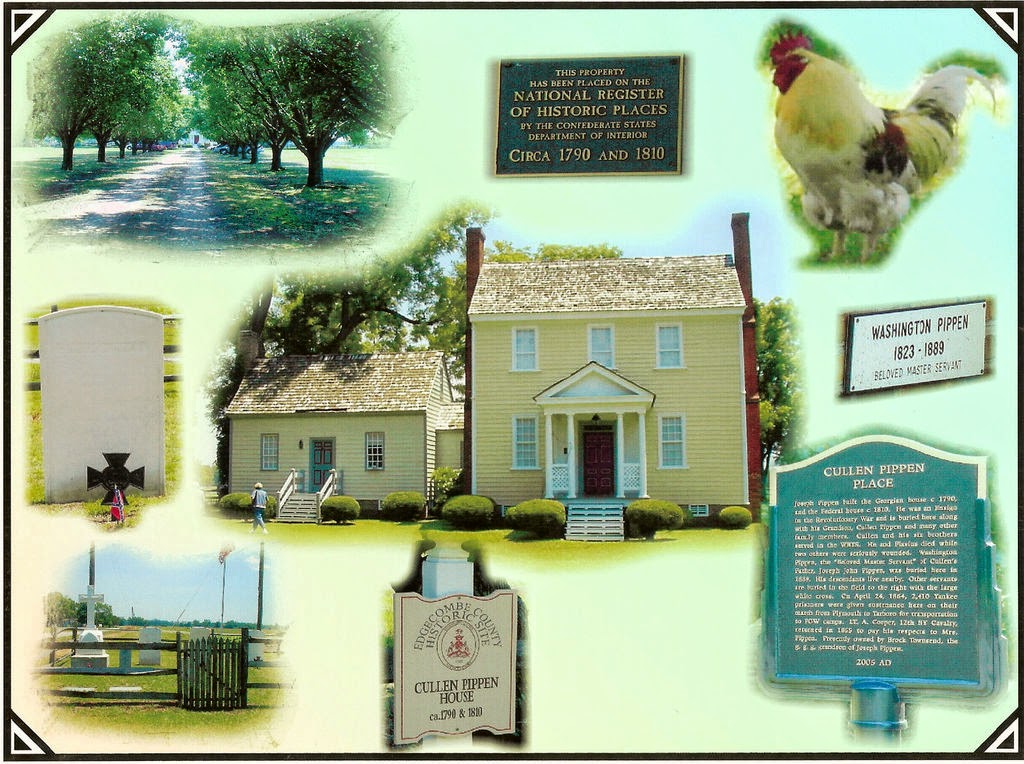 Event will follow schedule of  PATCON's  before and will be updated as events/speakers/classes/sponsors/raffle items are added. (See below)

If you are planning to attend the October PATCON,  please remit your fees ASAP, but NLT 9 September.  Please send check to address below.  I do not deposit checks until the week before and I would appreciate all remit funds now.  Thank you.


The funds will be used for seating, tables, porta potties, Eastern North Carolina Barbecue with all the trimmings, equipment and tent. We would like to encourage company sponsors to donate money for this event. Any company donating $50 or more will be listed as a sponsor on the website and at the PATCON.


No animals, please, as my Peacocks are more than sufficient to annoy all but me.:)

The PATCON will be held at *94 Roberson School Rd

*Use the front entrance for those camping. As you cross the second set of cattle guards, camp to the right in the area with fruit trees alongside the fence and a fire pit in the middle.  For those not camping,  come in the side entrance by the graveyard and parking will be in the area of the two tobacco barns. 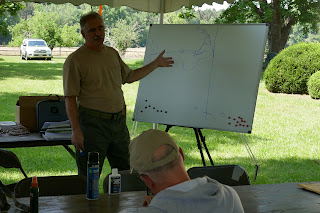 
The Raspberry Pi 3 Model B+ is slightly larger than a deck of cards and weighs just 2 ounces.  It packs a  64-bit quad core processor running at 1.4GHz with 1 GB ram, dual-band 2.4GHz and 5GHz wireless LAN, Bluetooth, sound, and great graphics.  It also provides 4 USB 2.0 ports, an RJ-45 ethernet connector and an HDMI port.  The operating system is  Raspian - a Debian Linux based system , and  is stored comfortably on a 32 GB micro SD card.  Comes with a power supply for only $35.  It will easily let you surf the web, run a word processor, play a game, design electrical circuits, and watch YouTube videos all day long.  And with a few inexpensive add-ons, it can also be a ballistics calculator or the brains for your killer drone.  What's not to like about it and why don't you have half a dozen of these already? 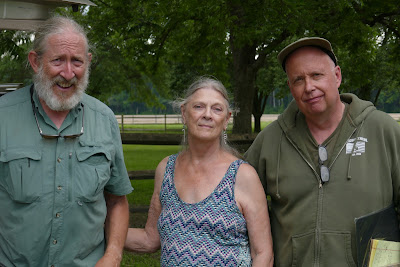 
Round Table hosted by  Peter White


Saturday's Raffle after Round Table 15 day supply of food for 4 adults eating 2 servings a day (1 breakfast and 1 entrée) or for 2 adults and 4 children. Or a 2 Month supply for 1 adult, eating twice a day. 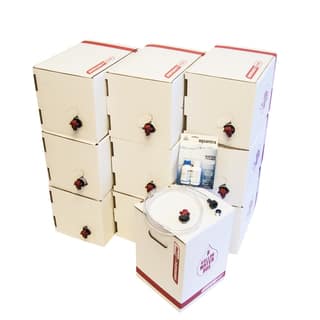 Sen. Grassley: "You are taking advantage of my decency and integrity."

Democrats and protesters have interrupted the process for the first half hour.
Judge Kavanaugh has not even been sworn in yet!
Within minutes into the hearing today leftist protesters started screaming and disrupting the process.

Posted by Brock Townsend at Tuesday, September 04, 2018 No comments:

The only problem, authorities say, is he’s not a citizen and never should have been on the voter rolls, much less allowed to step into a polling booth to cast a ballot.

Mr. Fullerton, who is still a citizen of Grenada, is one of 19 North Carolinians the federal government indicted last month on charges of illegal voting. Yet even now, his name remains on the state’s rolls in Wake County, and local officials say there’s not much they can do about it.


More @ The Washington Times
Posted by Brock Townsend at Tuesday, September 04, 2018 No comments:

Posted by Brock Townsend at Tuesday, September 04, 2018 No comments:

What Nike Should Have Done 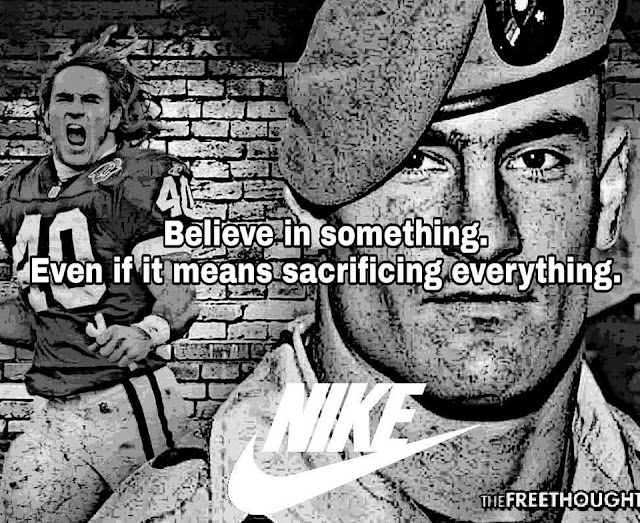 -The plan will save trillions
-Florida can't do it alone
-Taxes won't be raised
-We can help 700,000 people
-I had a rough childhood
-Trump/DeSantis to blame
-I'll raise taxes
Posted by Brock Townsend at Tuesday, September 04, 2018 2 comments: