My Mother, Father, Grandmother, Grandfather, Uncle and Jack an uncle who died as an infant are buried there. It is right beside the Confederate section only separated by a pathway which they do sell sometimes and since our plot was full, I asked, though they declined. Strange, many years ago I was there by myself visiting my parents and kin just before they closed the gates and I felt a stillness come over me and thought that I should just lay down beside my mother's grave and spend the night.

As he helped to cover the graffiti at Anderson’s marker, Miller noted with some satisfaction that one of the vandals had stepped in a large anthill. :)

The attack caused roughly $20,000 in damage on Wednesday night and is thought to be the first of its kind on private property, said Robin Simonton, executive director at Oakwood. Cemetery officials reported the crime to Raleigh police during the weekend, hoping to spare further destruction during the holidays.

“Cowardly acts like this, under cover of darkness, late at night, aren’t perpetrated by decent and thoughtful citizens,” Simonton said. “In these modern times, conversations on divisive issues should be held in person. Midnight assassinations don’t accomplish anything positive. Mature, non-emotional dialogue more often leads to agreement, or at least compromise.”

Damage at the cemetery comes in the wake of a series of similar high-profile incidents that reflect continued, heated controversy over the Civil War, 150 years after its formal conclusion.

NC: ON GETTING A HANDGUN As the nation's gun debate rages on, one man decides it's time to acquire

Rep. Cal Tillinghouse: “You can't put the toothpaste back in the tube. Two hundred and forty million guns out there. How're you gonna get them back?”

SANFORD – This is a story about a man who just bought his first handgun.

As I tell it to you – I’m that man, so bear with me here – it’s important to know two things: One, I don’t like guns. Never have. I didn’t grow up around them, and I’ve certainly never been crazy about the idea of having one in my home. But two, as a Second Amendment proponent, and one of those law-abiding types who thinks the day is coming where guns may be harder to get, I finally decided this week, after several years of pondering the question, that it was time I got while the getting was
good.

p ✔ @realDonaldTrump
Hillary said that guns don't keep you safe. If she really believes that she should demand that her heavily armed bodyguards quickly disarm! 6:27 AM - 3 Jan 2016  22,925 retweets

Two weeks ago in the Democrat Party debate Hillary Clinton told the audience guns will not make Americans safe.

“Guns, in and of themselves, in my opinion, will not make Americans safer.” 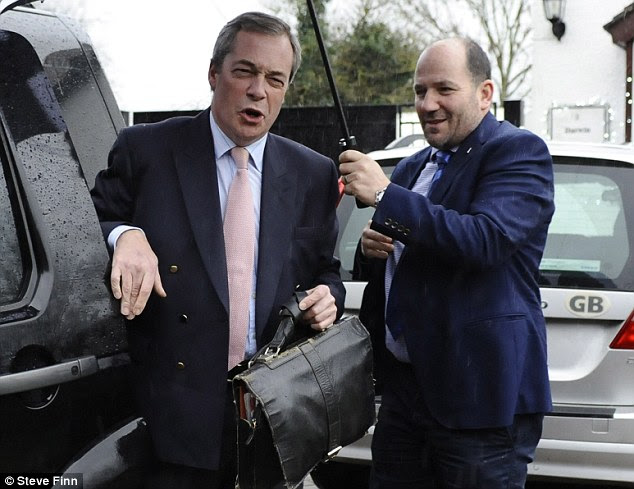 Nigel Farage fears he has been the victim of an assassination attempt after his car was sabotaged, causing a terrifying motorway crash.

The Ukip leader careered off a French road after a wheel on his Volvo came loose while he was driving from Brussels back to his home in Kent.

When the police arrived at the scene, they told him that the nuts on all of the wheels had been deliberately unscrewed, The Mail on Sunday has established.

Police in Germany are covering up the extent of crime committed by migrants, claim Bild... as country is revealed to have taken in 1.1 MILLION people during 2015

German officials have ordered a cover-up of crimes committed by migrants to prevent causing alarm, a local newspaper has claimed.

Asylum seekers are being recruited across the country as cheap drug dealers as well as petty thieves, says German newspaper, Bild - the biggest daily paper in the country.

The paper accused the police of covering up the extent of migrant crimes in order to stop concerns among the general population.

It also claimed asylum seekers were prepared to work for a few euros couriering drugs across the country and said they were being signed up almost as soon as they had registered as asylum seekers. 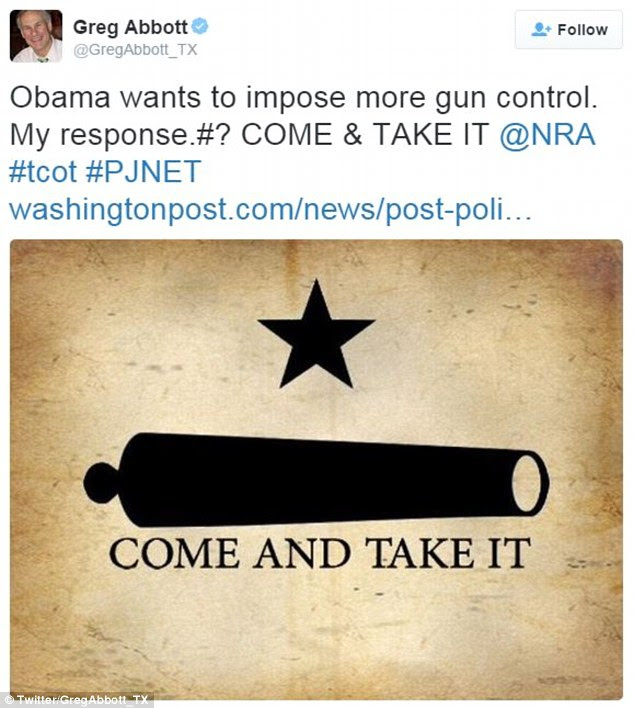 Texas Gov Greg Abbott criticized President Barack Obama's plan to move ahead with possible executive actions on guns in a tweet in which he told the Commander-in-Chief to 'come & take' the state's guns.

Obama said in his weekly radio address that he is looking for ways to keep guns out of the hands of 'a dangerous few' without depending on Congress to pass a law on the fraught subject of gun control.

He plans to meet his attorney general, Loretta Lynch, on Monday to see what executive actions might be possible. Steps to strengthen background checks could come this week.

At a rally in Biloxi, Mississippi, tonight Donald Trump also pledged to undo any action Obama takes on gun control if he wins the next election.

Montel Williams calls on the government to slaughter Bundy-led militia

I was on his show once in the late 80's as I remember (Confederate Flag) and he was quite fair.  Guess liberalism has infected his mind.

Late Saturday night on Facebook, Montel Williams called on the Governor of Oregon to dispatch the National Guard against the Bundy-led militia in Oregon with orders to shoot to kill. Below is a screenshot, in case Williams attempts to delete the post.

Here is some backstory on the situation:

Via comments by Sioux "Read it and be further enraged. I am ready to drive to Oregon." and Grog "it appears that the BLM have not been completely honest about their actions. No surprise there, yes? ;)"on Militia takes over Malheur National Wildlife Refug...

The short summary is:  in an effort to draw attention to a ridiculous arrest of a father and son pair of Oregon Ranchers (“Dwight Lincoln Hammond, Jr., 73, and his son, Steven Dwight Hammond, 46,) who are scheduled to begin five year prison sentences (turning themselves in tomorrow January 4th 2016), three brothers from the Cliven Bundy family and approximately 100/150 (and growing) heavily armed militia (former U.S. service members) have taken control of Malheur Wildlife Refuge Headquarters in the wildlife reserve.  They are prepared to stay there indefinitely. 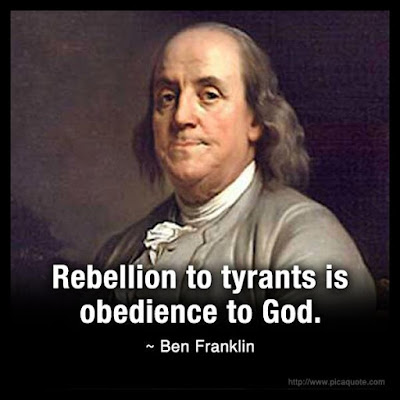 The feds, operating outside the law, are trying to jail two men without legal jurisdiction. Instead the tables turned when armed Militiamen seized their federal complex instead!  If ever you wondered why average citizens would resort to taking-up arms against the government, this story explains it in great detail.  Put simply, the Militia is right and the government is wrong.  The government won't stop its wrongdoing, so the citizens are MAKING it stop.

HISTORY:  The Harney Basin in Oregon (were the Hammond ranch is established) was settled in the 1870’s. The valley was settled by multiple ranchers and was known to have run over 300,000 head of cattle. These ranchers developed a state of the art irrigated system to water the meadows, and it soon became a favorite stopping place for migrating birds on their annual trek north.

The Bundy family of Nevada joined with hard-core militiamen Saturday to take over the headquarters of the Malheur National Wildlife Refuge, vowing to occupy the remote federal outpost 50 miles southeast of Burns for years.

The occupation came shortly after an estimated 300 marchers – militia and local citizens both – paraded through Burns to protest the prosecution of two Harney County ranchers, Dwight Hammond Jr. and Steven Hammond, who are to report to prison on Monday.

Among the occupiers is Ammon Bundy, son of Nevada rancher Cliven Bundy, and two of his brothers. Militia members at the refuge claimed they had as many as 150 supporters with them. The refuge, federal property managed by the U.S. Fish and Wildlife Service, was closed and unoccupied for the holiday weekend.

In phone interviews from inside the occupied building Saturday night, Ammon Bundy and his brother, Ryan Bundy, said they are not looking to hurt anyone. But they would not rule out violence if police try to remove them, they said, though they declined to elaborate.

"The facility has been the tool to do all the tyranny that has been placed upon the Hammonds," Ammon Bundy said.

"We're planning on staying here for years, absolutely," he added. "This is not a decision we've made at the last minute."