The Family Day Airshow at KTTA."Spirit" flew in company with Jeff Michael and his magnificent North American P-51 Mustang, and this clip includes GoPro video of "Spirit" from Jeff's cockpit.
Posted by Brock Townsend at Wednesday, November 13, 2013 2 comments:

Who were the first Americans? Forty years ago, historians, archeologists, and anthropologists would have answered conclusively that the first Americans arrived from Eastern Asia via a land bridge across the Bering Strait around twelve thousand years ago.
These were the Clovis peoples, an early American people essentially discovered by former slave George McJunkin in 1908 after he uncovered a prehistoric bison skeleton and an early stone point in a New Mexico dry river bed.  But things change, and as Liberty Classroom members know, the historical “consensus” is not always accurate.
More @ Liberty Classroom
Posted by Brock Townsend at Wednesday, November 13, 2013 8 comments:

"Outlaw guns" are immediately objects of suspicion because so many fakes or examples with undocumented histories appear on the market. Only rarely does a gun with this sort of full and most interesting provenance come up for sale.

This gun, serial number 70579, is the subject of a letter of authentication by recognized Colt authority R. L. Wilson (shown in full on our website). It first surfaced in the early 1920s as part of a display of guns and other objects belonging to his father, put together by Jesse James, Jr. The gun offered here is clearly recognizable in the upper left-hand corner of a famous and much published photograph of the display, pictured by Wilson in his important reference book The Peacemakers (p. 171). The photo was first published in a rare 1936 volume, The Crittenden Memoirs, by H.H. Crittenden, son of the Missouri governor who conspired with Bob Ford to have Jesse James killed (p. 192).

The photo was inscribed in the margin below: "May 4th, 1923 to H.H. Crittenden. This is an authentic picture with my compliments Jesse James, Jr." In an ironic twist of fate, the son of Jesse James and the son of the governor who arranged his assassination actually had become friends! As Crittenden tells it, his brother Tom Crittenden had opened a real estate office in Kansas City and advertised for an office boy. Apparently unaware of the connection, young Jesse Jr. applied for the job. Tom Crittenden of course knew immediately who the boy was, but nonetheless offered him the job if his mother and grandmother (Zee James and Zerelda Samuel) gave their okay. The boy returned the next day with the family's permission and was given the job (pp. 332-333). From that point forward there was peace between the families. A rare signed copy (1 of 100) of Crittenden's memoirs accompanies this lot.

Professor David Cutler, who served as the senior health care advisor to President Obama’s 2008 campaign, acknowledged Monday evening that premiums “will be very high” if enough people don’t sign up on the Obamacare exchanges – a very real prospect given problems with the website and the difficulty enlisting younger enrollees.


Thanks to Barack Obama and Democrats the US now redistributes more than $2 trillion a year.

And, according to this latest report, the government redistributed $2 trillion or 81% of those receipts.

And Obama wants to redistribute even more.

“Let’s go ahead and make it talk.” Jerry Miculek with a Garand and a high-speed camera

What we had in military school.

Eight rounds of 30-’06 on target in 1.36 seconds, first shot to last… and he says he paused during the string. 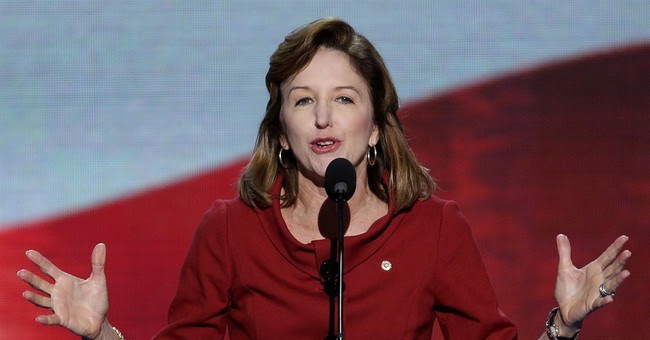 The president’s approval numbers are tanking (we’re officially at George W. Bush levels, guys) so it only makes sense that a vulnerable Senate Democrat who (a) hails from North Carolina and (b) voted for Obamacare would be feeling the pinch at the polls right about now. But let's put aside the botched rollout for a second. Millions of Americans are losing their coverage and/or doctors, and they’re not happy about it. But what can ordinary citizens even do about it, you ask? They can make their voices heard at the ballot box.

And they’re already starting to:

Sen. Kay Hagan's (D-N.C.) lead has all but disappeared in a new poll, a sign that ObamaCare's struggles and attack ads airing in the state are taking a toll on her standing.


Hagan leads North Carolina House Speaker Thom Tilis (R) by 44 percent to 42 percent in a new survey from the Democratic firm Public Policy Polling, a precipitous drop from a 15-point lead she held in a September poll from the same firm.

She holds similarly narrow leads against the other Republicans in the field, and actually trails Tea Party candidate Greg Brannon (R) by 44 to 43 percent. Her approval rating has stayed steady, with 44 percent approving of her now, but her disapproval rating has spiked from 39 percent in September to 49 percent today.

It irritates the snot out of me when anti-gun, anti-military leftists in the media use a single like-minded moron as an excuse to thrust their beliefs upon everyone else.

Similar to a story last week about a two-woman boycott of a supermarket over concealed carry, Charlotte’s NBC outlet is pushing their anti-gun, anti-military agenda using the excuse of one middle school parent who was angry that a Rock Hill, SC Middle School Veterans Day appearance by active duty soldiers featured several unloaded military weapons.

GRNC High Risk Restaurant alerts enable you to identify restaurants, theaters and other assemblies for which admission is charged that post signs prohibiting concealed carry. It is important that you report posted restaurants, contact listed merchants to let them know why you are unable to patronize their businesses, and register your opinion on social media networks and review sites.

The shooting of Andy Lopez for the "Crime" of Carrying an airsoft toy Gun in California is interesting for Several Reasons. One, the shooter is an acquaintance whom I know through the Firing Line forum and regard favorably, largely thanks to his pro-RKBA stance on gun rights. The Confluence of special ability, Opportunity and jeopardy Will be Decided by the court, but That Being California, I have Little Doubt That They Would Side with Police. While the airsoft rifle did look very much like a real AK47, the kid carrying it wasn't threatening anyone and so the court would likely center the investigation on whether or not he had acted aggressively. 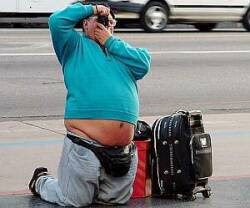 Flying back to AUS from DEN yesterday, and dropping my declared carry gun off at the TSA scanning area. Scanning area is a set of double doors (both open) with a couple blueshirts and a CT scanner inside. In front of the double doors is a tensabarrier behind which they ask firearms owners to wait while they scan the bags.

It's hunting season in the mountain state and there's more guns being checked than I've ever seen. At least a dozen rifles in cases and guys with camo everything, standing around waiting for the okay to proceed.

TSA blueshirt comes over to tensabarrier and asks for "Bob Stevens". "Bob" comes forward and TSA proceeds to tell him that his rifle is loaded, they saw it on the CT scanner.

Teen shot to death by homeowner during attempted robbery

A Catoosa County teen died Monday after a homeowner caught him and another boy attempting to rob his residence.

Catoosa County Sheriff Gary Sisk said two teenage boys, 16 and 17, were attempting to break into a home about 4 p.m. in the 2500 block of Post Oak Road off Boynton Drive. The 69-year-old homeowner confronted the boys, who continued to run towards him, Sisk said in a news release.

The man shot shot the 17-year-old in the neck. Sisk said he later died at a hospital.

Vietnam Shows How To Clean Up The Banking System: Ex-Banker Faces Death Penalty For Fraud

He must not have given the PTB their cut, as Communist Vietnam is so corrupt that they make the Thieu government look lily white.

The lack of prosecution of bankers responsible for the great financial collapse has been a hotly debated topic over the years, leading to the coinage of such terms as "Too Big To Prosecute", the termination of at least one corrupt DOJ official, the revelation that Eric Holder is the most useless Attorney General in history, and even members of the judicial bashing other members of the judicial such as in last night's essay by district judge Jed Rakoff.

And naturally, the lack of incentives that punish cheating and fraud, is one of the main reasons why such fraud will not only continue but get bigger and bigger, until once again, the entire system crashes under the weight of all the corruption and all the Fed-driven malinvestment. But what can be done? In this case, Vietnam may have just shown America the way - use the death penalty on convicted embezzling bankers. Because if one wants to promptly stop an end to financial crime, there is nothing quite like the fear of death to halt it.

Police say a man stood up to the person who tried to rob him by grabbing his gun.

The incident happened Friday night at the intersection of East Lee Avenue and U.S. 601 in Yadkinville.

According to police, the man was stopped at the traffic light when Ray Antonio Mora knocked on his window and asked him for a ride.

Police say Mora pulled a gun on the man when he got out of his truck to clean his seat.
The man grabbed the gun. While the two men fought for control, another driver pulled up beside them. The man called for help. Mora let go of the gun and ran away.

Speaking from prison, Iraqi war veteran Andrew "Sarge" Chambers tells the story of how he got there. 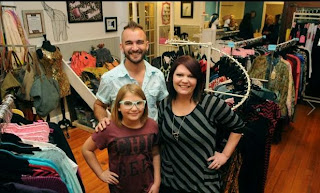 SurvivalBlog reader B.B. suggested this piece by Mark Steyn: The Drift toward Despotism. And joining the chorus, even more stridently: The Creeping Police State. Soon after sending those links, B.B. sent this brilliant essay from Daren Jonescu: The Progressive Degradation of Freedom.

Reading Jonescu's cogent words crystallized a nascent theory that had been nagging me for a decade. It is this: America's systemic reaction to the unspeakable horror of the 9/11 attacks was to "protect" ourselves by planting the seeds for a police state that will eventually strangle the freedom that we grew up cherishing.