Vietnam’s Emergence as a Global Leader in Dental Tourism 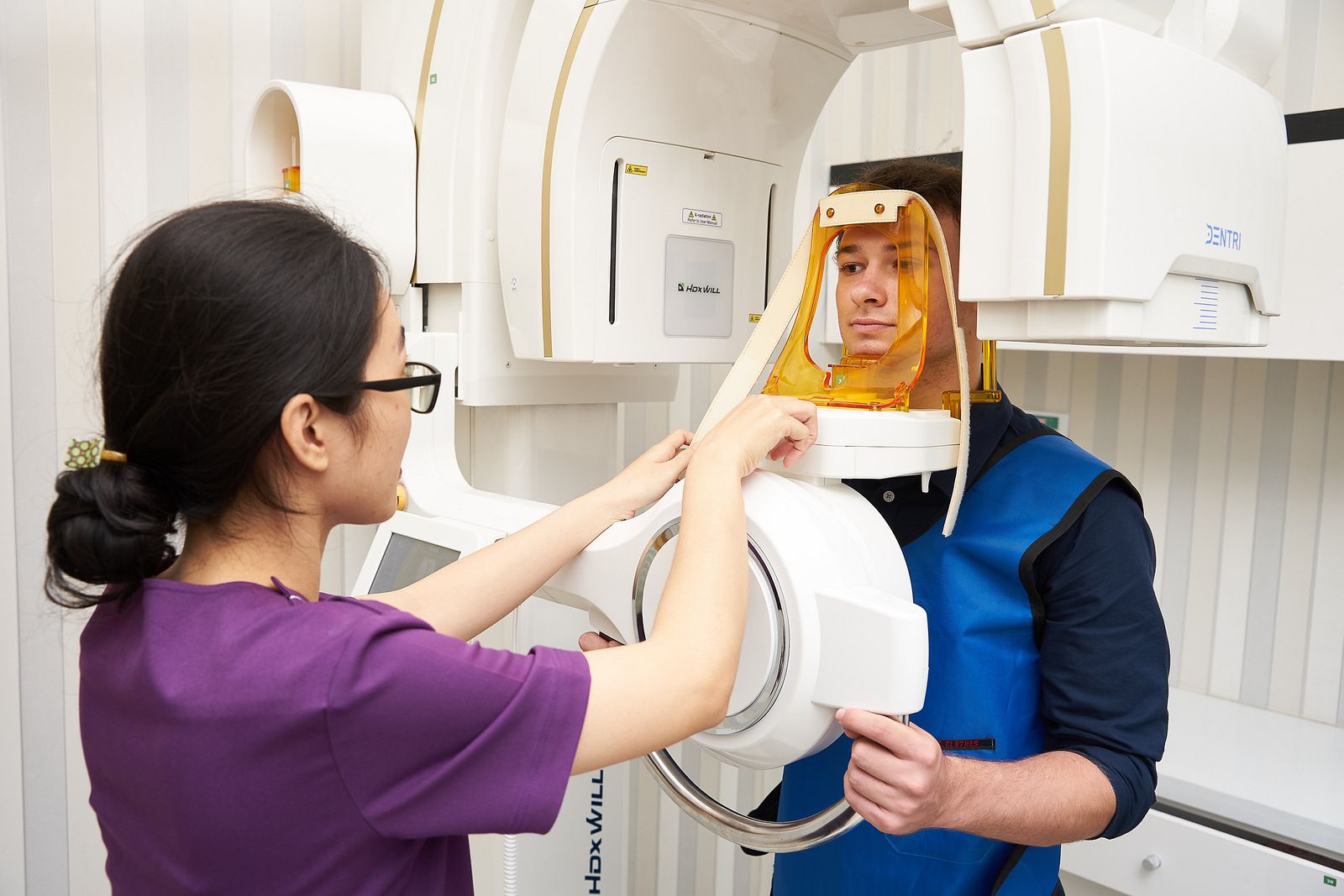 I had my teeth whitened for $150.  Everything was brand new, they take pictures before and after as well as showing you the unopened package from the US.

Within five years, the number of customers coming for crowns, veneers, implants and cleaning from Australia, Europe, North America and elsewhere in Asia is expected to reach 250,000 as the government focuses their attention on the industry. The confluence of state of the art technology and significantly lower prices are driving the growth. Vietnam Dental Tourism is at the center of this trend, connecting patients with clinics and ensuring top quality treatment.

Legal Expert: Avenatti Could Be In Serious Trouble If Stormy Daniels' Accusation Is True


More @ The Daily Wire
Posted by Brock Townsend at Wednesday, November 28, 2018 No comments: Links to this post

“Reconstruction” Was (and is) Marxism


Back quite a few years ago, establishment historian James  M/ McPherson wrote a book I have often referred to, Abraham Lincoln and the Second American Revolution. When I first read it, it was a revelation to me. In it McPherson bragged about how Abraham Lincoln championed the cause of the Forty-Eighters in Europe. He gave us one of Karl Marx’s quotes in regard to the sainted Mr. Lincoln.

In 1865 Marx  praised the great rail-splitter as “the single-minded son of the working class” who led his “country through the matchless struggle for the rescue of an enchained race and the reconstruction of a social world.”

Marx’s statement, like most of what he said, was utter hogwash. Neither he nor “Father Abraham” gave a flip for  the “enchained race” but Lincoln used them as an excuse when it was convenient for the furthering of his (and Marx’s) agenda–the reconstruction of a social (and political) world.

While NASA has now confirmed that the outer atmosphere is getting cooler, it seems desperately insane for people to keep denying the possibility the Global Cooling is taking place rather than Global Warming when the former brings famine and the latter brings economic expansion as civilizations rise. The rise of Rome was due to global warming as was the case after the Dark Age when they call that the Medieval Warming Period which was 950 to 1300AD.

They will show it was on the ground floor of John Brennan’s spy operation.

ISA declassification will assure all the actors who tried to harm America are finally exposed,” George Papadopoulos wrote on Twitter last week. “Alexander Downer, the Australian government, UK, and GCHQ (British intelligence). If FISA is not declassified, these foreign governments will try to interfere again in 2020 to hurt Trump and the movement.”

More @ American Spectator
Posted by Brock Townsend at Wednesday, November 28, 2018 No comments: Links to this post

Never Again? - MY EVOLUTION ON GUNS 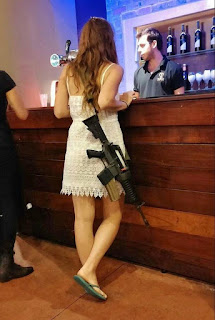 Earlier this year was the holiday of Purim in which we Jews celebrate our triumph and survival in ancient Persia.  It’s mainly a kids’ holiday; like many Synagogues ours had a carnival with games, tickets, prizes, face painting, food (a local shop made falafel and it was amazing – even my normally-finicky progeny liked it!)… it’s a fun day.  A lot of preparation and work for the adults, but the kids always have a blast – so it’s worth it.
Naturally, I carried concealed.  Which I do every time when I’ve got the kids at a Jewish-themed event.  One person noticed – side note to myself: have to get an IWB holster and a longer vest – and asked if I was crazy bringing a gun into the Synagogue.  My reply?

“Open doors and oodles of Jewish kids.  This is a target rich environment if someone wanted to do something bad.”

They paused and thought for several seconds, then said, “You’re right.” Today, as Roy used to say, “I’m-a-picking, and you’re a-grinning,” and I remember him and those days, those good days, but also those days when too many fateful and terrifying choices were made (or left unmade), intellectually, academically, and culturally. We did not then recognize or see what that would mean.

And now America is perishing, in part, for the lack of a Roy Clark and a Milton Cross

Article @ The Abbeville Institute
Posted by Brock Townsend at Wednesday, November 28, 2018 No comments: Links to this post

MSNBC: Many In Caravan Returning Home After Realizing Crossing Into U.S. Isn’t As Easy As They Heard

Posted by Brock Townsend at Wednesday, November 28, 2018 2 comments: Links to this post

“Educated on a legal loophole that lets migrant ‘families’ with kids enter the United States, the Homeland Security Department reported Tuesday that men showing up with kids at the border has spiked 110 percent in just the last two years,” Paul Bedard reports in the Washington Examiner.
“The department noted that children could be used by smugglers and drug traffickers to enter the country. Families are also using fraud to game the immigration system. The department said that 170 families have been caught lying about their relationships to enter the U.S.”
Click here to continue reading.
“The mainstream media and Democrats have criticized the Trump administration’s response to the migrant caravans storming the nation’s southern border. However, many of the critiques either don’t provide full context or are factually incorrect,” Fred Lucas writes in The Daily Signal. Homeland Security Secretary Kirstjen Nielsen explained that historically, less than 10 percent of those claiming asylum from Guatemala, Honduras, and El Salvador are found eligible. “Most of these migrants are seeking jobs or to join family who are already in the U.S.”

Posted by Brock Townsend at Wednesday, November 28, 2018 4 comments: Links to this post

Forty-eight percent of Americans say they approve of President Trump's job in office, according to a new American Barometer survey.


More @ The Hill
Posted by Brock Townsend at Wednesday, November 28, 2018 No comments: Links to this post

President Trump on Tuesday disputed the scientific consensus that human activity contributes to climate change in his most expansive rejection yet of his own administration's report on global warming.

In an interview with The Washington Post, Trump said “I don’t see” that climate change is man-made and disagreed with the report's findings that it poses significant health and safety concerns.

“One of the problems that a lot of people like myself, we have very high levels of intelligence but we’re not necessarily such believers,” Trump said. “You look at our air and our water and it’s right now at a record clean.”


More @ The Hill
Posted by Brock Townsend at Wednesday, November 28, 2018 No comments: Links to this post 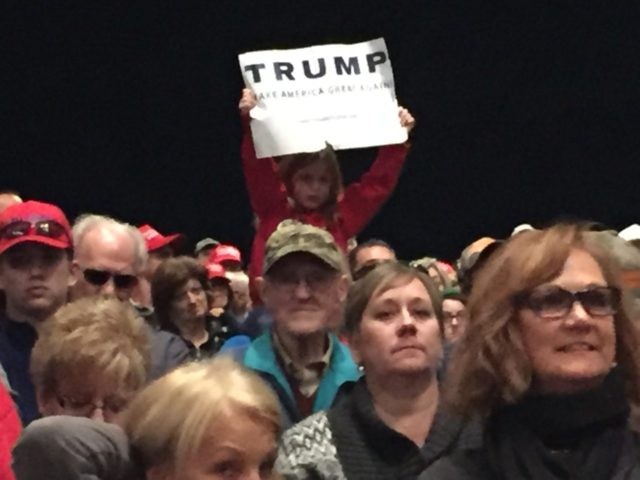 That’s the title of her latest column for the Times, in which Goldberg speculates that the energy spent by liberal political analysts trying to explain why intelligent people would support, or work with, President Donald Trump may be wasted, since the simplest explanation — one that may fit the prejudices of Times readers — is that they are just evil.

Playing in front of just over 3,000 people in an arena that can seat about six times that number in Toronto Tuesday evening, Bill and Hillary Clinton found a variety of ways to slam the sitting President of the United States, whose reign is so awful, his vanquished presidential opponent suggested, that she was considering moving to Canada to restart her political career as a member of parliament.


More @ The Daily Wire
Posted by Brock Townsend at Wednesday, November 28, 2018 4 comments: Links to this post

Knickers the cow: why Australia's giant steer is so fascinating 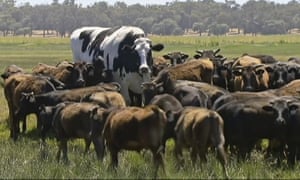 First, the news, such as it is: there is a giant cow named Knickers in Western Australia and people have gone crazy.

Technically he is not a cow, but a steer (a neutered male). But he is giant, standing at 1.94 metres (6ft 4in ) to his withers (the shoulder). This is just shy of the world record-holding steer, Bellino, who lives in Italy and stands at 2.02 metres. Knickers, a Holstein Friesian, weighs in at 1,400kg (220 stone) and is believed to be the biggest steer in Australia.

And, for some reason, Knickers and his sizeable existence are the talk of the internet, making news all over the world.


More @ The Guardian
Posted by Brock Townsend at Wednesday, November 28, 2018 2 comments: Links to this post

Reality and Consequences of the 2018 Midterm Elections

We are an embattled nation. Starting in January, the Democrats will have control of the U.S. House of Representatives with approximately 234 seats to 200 for the Republicans.

One House race is still too close to call. A majority is 218.

This should pose no problem for absolute Democrat dominance, since they have been voting with near 100 percent unanimity to block all of President Trump’s agenda and 2016 election mandate.

The House Republicans, now in the minority, will have little chance of initiating or passing legislation supporting the Trump agenda or any genuinely conservative agenda.


More @ The Tribune
Posted by Brock Townsend at Wednesday, November 28, 2018 2 comments: Links to this post 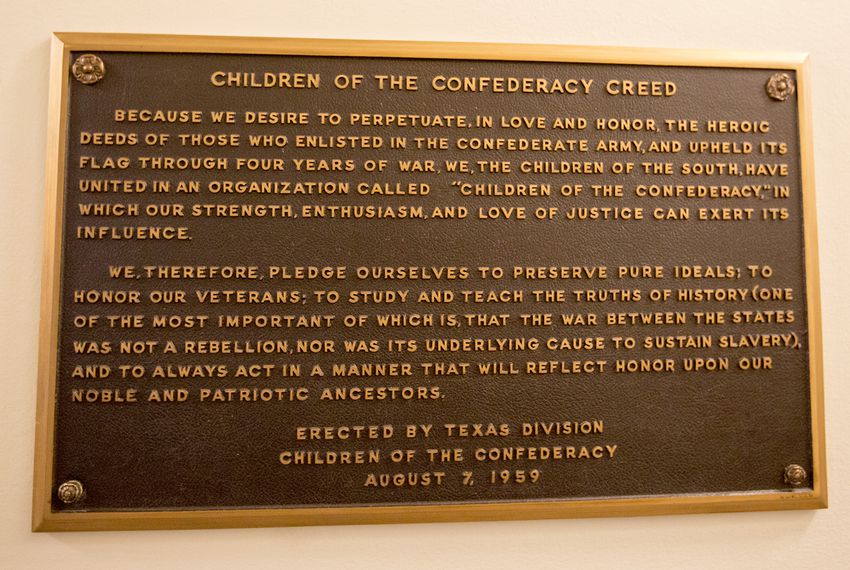 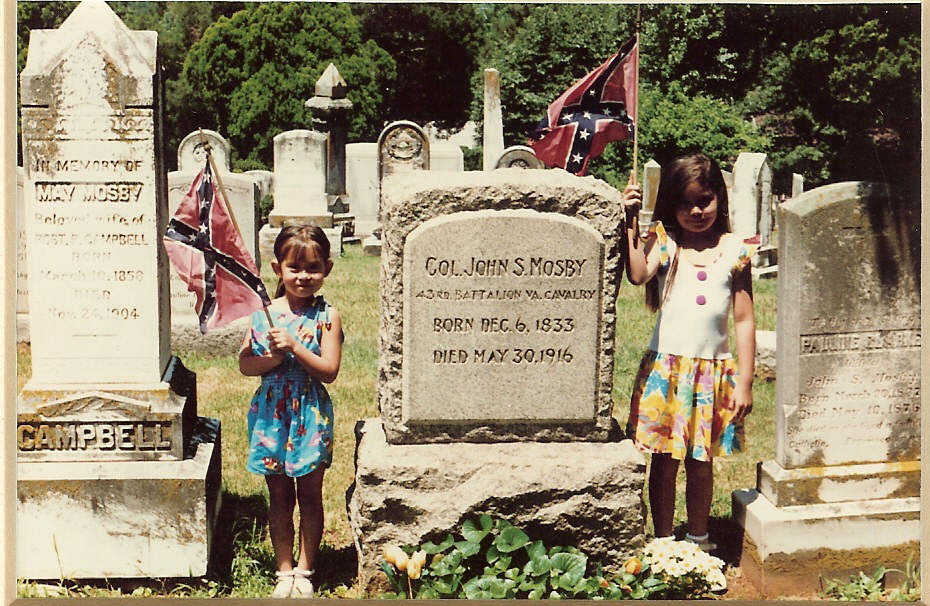 
Responding to Rep. Eric Johnson’s (D-TX) tweet voicing support for the removal of the “Children of the Confederacy Creed” plaque, O’Rourke tweeted: “I’m with Eric on this one. Take it down today.”
On Monday, the Texas State Preservation Board announced it was looking into the rules about how to relocate a historical item after Texas Attorney General Ken Paxton issued an opinion stating there were multiple avenues lawmakers could take to have the plaque removed.

On top of all, she's ugly. :) Seems like liberals only come in ugly and conservatives in attractive.

The recent hire has alarmed former administration officials, including one who told Politico that "Trump would lose his mind if he knew about this."

Another former administration official said that hiring Kissel was "a recipe for disaster" because it's "a welcome sign to all never-Trumpers and establishment Republicans that they have a home in this administration."


More @ The Daily Wire
Posted by Brock Townsend at Wednesday, November 28, 2018 5 comments: Links to this post