On 28 August 2017, the American Historical Association (AHA) issued a “Statement on Confederate Monuments” that presumed to speak for the entire American historical profession on the issue of whether these monuments should remain or if they should be removed from public spaces.

Unfortunately this “statement” is little more than historical establishment claptrap disguised as highbrow intellectual discourse—par for the course in the modern profession—replete with distortions, exaggerations, half-truths, and presentism myths.

The “statement” opens by suggesting that the AHA “welcomes the emerging national debate about Confederate monuments…” but suggests that “Much of this public statuary was erected without such conversations, and without any public decision-making process.”

The “statement” later concludes by asserting that “Nearly all monuments to the Confederacy and its leaders were erected without anything resembling a democratic process. Regardless of their representation in the actual population in any given constituency, African Americans had no voice and no opportunity to raise questions about the purposes or likely impact of the honor accorded to the builders of the Confederate States of America.”

Both arguments are disingenuous at best. The “public statuary” in question did involve conversations both North and South, not just about Confederate monuments, but about general American iconography, and every monument involved some type of “public decision-making process.”


More @ The Abbeville Institute
Posted by Brock Townsend at Wednesday, September 06, 2017 No comments: 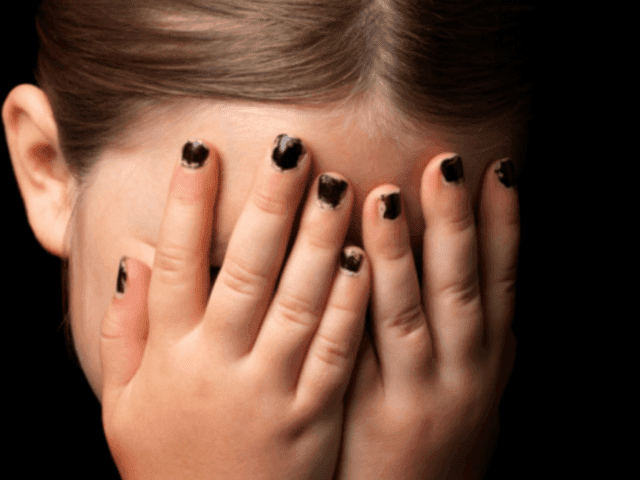 Campaigners and politicians have expressed concern over the revelation that Hampshire Police handed more than 100 cautions for rape and other serious sexual offences in the past five years.

Crimes including sex with children under the age of 18 and incest were met by the force with police cautions  — formal warnings that serve as an alternative to prosecution in minor cases  — according to an investigation by the Hampshire Chronicle.

Since 2014, Hampshire constabulary have cautioned four people for rape, and another six for serious sexual assaults including five counts which were carried out on children under the age of 16.

Another disclosure from the data, which was obtained via Freedom of Information requests, included that between 2011 and 2012 the police force handed out 18 cautions for sexual assaults. 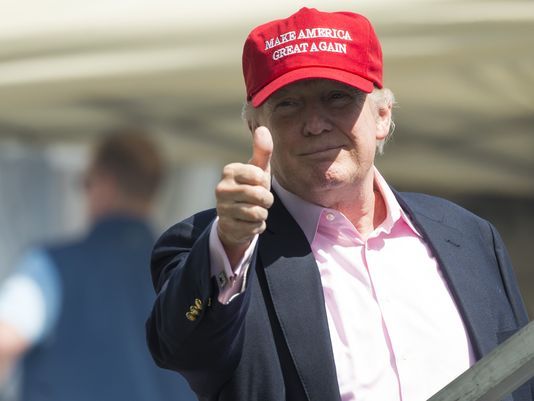 It appears that USA Today believes, merely belonging to a golf club owned by President Donald Trump’s corporation means that you deserve having your name and personal information made public.

In its investigation, USA Today looked into the backgrounds of people who belong to the Trump golf clubs in states such as Florida, New Jersey and Virginia, and found that a list of lobbyists, CEO’s, government contractors, and others who make money from connections with the government, are members:

“Members of the clubs Trump has visited most often as president — in Florida, New Jersey and Virginia — include at least 50 executives whose companies hold federal contracts and 21 lobbyists and trade group officials. Two-thirds played on one of the 58 days the president was there, according to scores they posted online,” the paper exclaimed in its September 6 story.

From this list of names, USA Today concluded that, “Trump gets millions from golf members. CEO’s and lobbyists get access to president.”

Speaking of their investigation, USA Today stated, “The review shows that, for the first time in U.S. history, wealthy people with interests before the government have a chance for close and confidential access to the president as a result of payments that enrich him personally. It is a view of the president available to few other Americans.”

One fact that seems to be left unmentioned in the USA Today story is that these high powered golf club members have been members for years and did not suddenly join merely because Donald  Trump won the White House.

Far down in its story, though, the paper did note, “Lobbyists face no legal restrictions on golf memberships.”

In other words, despite thousands of words coloring the club memberships as somehow illicit, no laws were broken.

The story amazed many in the media. USA Today Washington Bureau Chief Susan Page noted the story on her Twitter account:

Posted by Brock Townsend at Wednesday, September 06, 2017 No comments:

ISIS Urges Supporters To Poison Food At US Grocery Stores

After urging its supporters in the west to turn cars into weapons, guidance that inspired terror attacks in the UK, Spain and France, ISIS is now calling for sympathizers to poison the food in US supermarkets with cyanide, according to SITE.

In recent days, channels associated with the terrorist army have posted calls for attacks on Europe, Russia and the United States to mark the occasion of the Islamic "Sacrifice Feast" Eid al Adha. In the third part of an English-language series on jihad, IS advised would-be attackers to inject food for sale in markets with cyanide poison. According to Spiesa, the organization has tested these methods on prisons, causing horrifically painful deaths.

Trump Derangement Syndrome has worsened to the point where hysterical haters of the president are now seriously claiming that Trump is responsible for creating “racist” hurricanes.

“Hurricane Katrina, Hurricane Harvey, Hurricane Irma. The gov will manipulate the weather to exterminate blacks even if they have to kill whites, tweeted a writer for Complex.

Trump's debt deal kicks the can — and Republicans — down the road

On Wednesday, President Trump struck a deal with Democratic leaders to raise the debt ceiling. The agreement will fund the government up to December 15th and provide emergency assistance to those affected by Hurricane Harvey.

Trump is upbeat, "We essentially came to a deal, and I think the deal will be very good."
But not everyone is happy.

After all, many Republicans include House Speaker Paul Ryan are upset with this agreement, believing that the hurricane funding should have been appropriated separate from a debt ceiling increase. They worry that by failing to extract any spending cuts from Democrats, this debt increase will fuel the exploding national debt. Their concerns are justified.

Heather Heyer cause of death was a heart attack

Meadow's decision to back Moore over Sen. Luther Strange (R-Ala.) gives the insurgent candidate one of his biggest endorsements yet ahead of the Sept. 26 GOP primary runoff.

More @ The Hill
Posted by Brock Townsend at Wednesday, September 06, 2017 No comments:

Vatican Attacks Trump Supporters Protestant and Catholic, as in need of correction, who diverge from true Christian faith, and pose a threat to American democracy and world peace.

"An Ecumenism of Hate" identifies Trump voters, Protestant and Catholic, as in need of correction, as they diverge from true Christian faith, and pose a threat to American democracy and world peace. These Trump voters are wrong about, or are handling in an incorrect way, the following: abortion, same-sex marriage, the environment, education, welfare, immigration, the current influx of migrants into Europe, and Islam. Given that the article was understood as a papally-endorsed, full-frontal attack on the president of the United States and his supporters, it received wide attention.

Via comment by Weaver on  Lewandowski: If Trump scraps DACA, it's because it...

The Chinese government bristled last week after the US suggested that it might cut economic ties with any country trading with North Korea, an implicit dig at the Chinese, who are responsible for 90% of the isolated country’s foreign trade. And after suggesting that they might use their UN Security Council veto power to block more sanctions against the North – after all, the China-Russia peace map calls for the US and South Korea to stop holding military drills – the North’s neighbor and primary benefactor has reportedly conducted a military exercise of its own, according to Reuters.

News of the drill arrived as US President Donald Trump is expected to press China to institute an oil embargo against North Korea, eliminating the country’s primary source of petroleum, which flows to it from China through the “Friendship Pipeline” which runs from China under the Yalu River into North Korea.

Gowdy and other House Republicans are struck by the fact that a standoff has developed between a GOP-controlled House and a GOP-controlled Justice Department. "I'm sure you're noting with the same irony I'm noting the difficulty that a Republican Congress is having getting information from a Department of Justice run by Jeff Sessions," Gowdy said.

Americans Killed By 'Dreamers': 'What About My Daughter's Dreams?'

Via comment by Anonymous on Republicans eye legislative fix as Trump ends DACA...

The program has deferred deportation to some 800,000 illegal immigrants who came into the country as children, doling out work permits, social security cards, and offering them access to welfare programs.

The Left has predictably erupted with moral outrage over the reported end to the unconstitutional program, quickly painting anyone who supports the end of DACA as a heartless racist. The media has largely suppressed the reality that not all these strategically dubbed "Dreamers" are responsible, grateful citizens trying to make an honest living here in the United States. In fact, at least five young Americans have been killed by Dreamers.