Kyle Rittenhouse: 'I support the BLM movement' (Blithering Idiot. They Almost Killed Him) 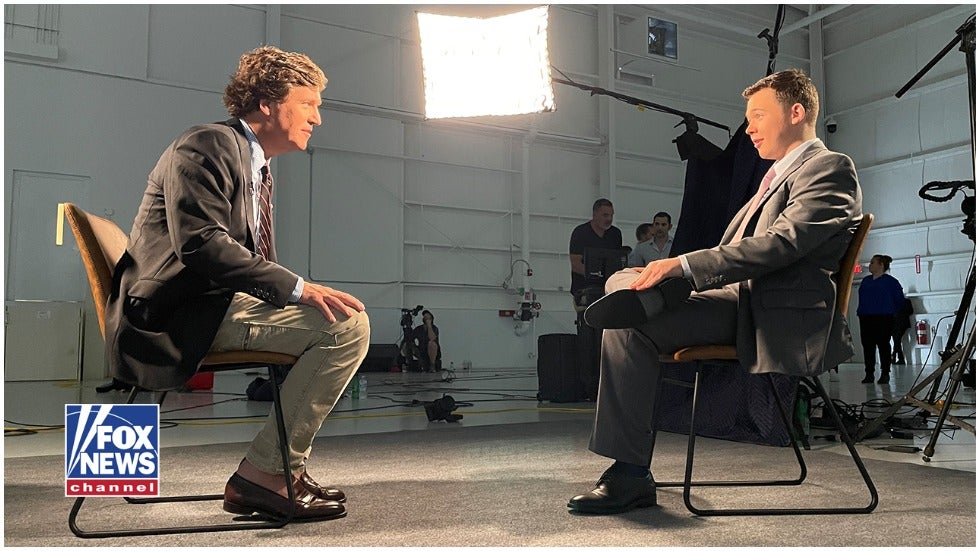 Kyle Rittenhouse, the teenager who was acquitted of murder last week after shooting and killing two people in Kenosha, Wis., during civil unrest there last year, said he supports the Black Lives Matter (BLM) movement.

"I'm not a racist person. I support the BLM movement," Rittenhouse said during an interview with Fox News host Tucker Carlson, a portion of which is slated to air on Carlson's program on Monday evening.

TRIGGER WARNING: 🚨DISTURBING VIDEO🚨A viewer sent in horrifying video the moment a red SUV plowed through a crowd during the #Waukesha Holiday Parade. Its currently unclear how many people have been injured. Updates to come on @tmj4 pic.twitter.com/u6q10VgTJ1

A maroon Ford Escape intentionally plowed through a crowd in Waukesha, Wisconsin.  Dozens of people are injured and reports of fatalities.  Horrific video is emerging of the SUV deliberately driving into the crowd.  Initial reporting of several people in the vehicle at the time.  Media reporting a person of interest has been identified.

Details are sketchy as the incident is recent.  However, given the recent controversy surrounding Kyle Rittenhouse in Wisconsin, many are speculating this was a revenge attack targeting a white audience.

UPDATE 8:27pm ET – One eye witness describes the driver as a “black guy with dreadlocks, by himself”

You’re the guy who thought this was a noose? 😂 pic.twitter.com/4Ohu7q7vJi

Bubba Wallace, NASCAR’s only full-time black driver, took to Twitter on Friday to react to the Kyle Rittenhouse verdict.

And yes, he weighed in with the same stale, tone-deaf nonsense that many of his fellow ill-informed social justice warriors contributed to the deluge of commentary on the high-profile case.

2 Men Shot, 1 Man on the Run After Attempted Robbery of Asian Uber Driver

They attempted robbing him, but police say Uber driver legally carried when he pulled his own gun out to put an end to one robber and wound two others.

Kyle Rittenhouse's next legal fight: Teen acquitted will battle his ex-lawyers for control of $2M in bond money used to free him from jail after his arrest last year

By law, bond should be returned to whoever posted it after the trial is over. In this case, it appears to be Pierce’s law firm. But Wood claims that his #FightBack Foundation is the one that raised the money and thus should get the cash. Former child actor Ricky Schroder and My Pillow CEO Mike Lindell have also been credited with making donations toward Rittenhouse’s legal fund.

Filed Under 'Duh': Portland Votes To Refund the Police As Murders Hit a Record Breaking High

Only in Democratic cities do you find people who honestly think that less police means less crime.

For some reason they believe that the police are out to murder you, especially if you are a minority.

Antifa and BLM were the loudest people in the room calling for defunding the police.

In 2020 they got exactly what they asked for and the police were defunded by $15 million dollars.