CCP May Have Launched New Variant – “People Bleeding From The Eyes, Nose, Mouth…”

Comment on Do You Trust Your Doctor Anymore? & Pfizer Vaccine...

Via G.W. Long "Well Son of a Gun! Imagine That! Who could have guessed that they would have Lied to the World, or that the Enemedia and All of the U.S. Government Elected ELITES, The FDA, THE NIAH, OSHA, BIG PHARMA, The Nation's Hospitals, Doctors, and Nurses, all were compensated HUGELY, and helped carry their water. There will be Trials alright... Nuremburg 2.0 is Justified, IMHAO.Ahh, But Who appoints the Judges for such a Trial? And what sort of Men, or Women, might they be. Who controls them? It's a different world today, than in 1947. Thanks Brock! Cheers

Do You Trust Your Doctor Anymore? & Pfizer Vaccine...

The voluntary consent of the human subject is absolutely essential. This means that the person involved should have legal capacity to give consent; should be so situated as to be able to exercise free power of choice, without the intervention of any element of force, fraud, deceit, duress, overreaching, or other ulterior form of constraint or coercion; and should have sufficient knowledge and comprehension of the elements of the subject matter involved as to enable him to make an understanding and enlightened decision. This latter element requires that before the acceptance of an affirmative decision by the experimental subject there should be made known to him the nature, duration, and purpose of the experiment; the method and means by which it is to be conducted; all inconveniences and hazards reasonably to be expected; and the effects upon his health or person which may possibly come from his participation in the experiment.

The experiment should be so conducted as to avoid all unnecessary physical and mental suffering and injury.

The degree of risk to be taken should never exceed that determined by the humanitarian importance of the problem to be solved by the experiment.

During the course of the experiment the scientist in charge must be prepared to terminate the experiment at any stage, if he has probable cause to believe, in the exercise of the good faith, superior skill and careful judgment required of him, that a continuation of the experiment is likely to result in injury, disability, or death to the experimental subject.

HAUSER and Señorita - I Will Always Love You

1. In human history, two nations have suffered more tragic fates than the other. Unfortunately, one of the two is our Vietnamese. One of the other two is a Jew.
The Jewish "mistake" was to give birth to God and then execute Him on a cross. They are stigmatized, driven away, persecuted for murder and exiled everywhere. In 1947, that broken nation gathered every penny, every piece of land to rebuild their nation. The people’s tragic fate has bound them together as a block, thus the nation of Israel developed endlessly. They alone defeated the armies of the Arab Union to secure the country's survival. And now, they have the nuclear bomb...
More @ NamSouth
Posted by Brock Townsend at Monday, January 03, 2022 No comments:

How the British Caused the American Civil War (sic) 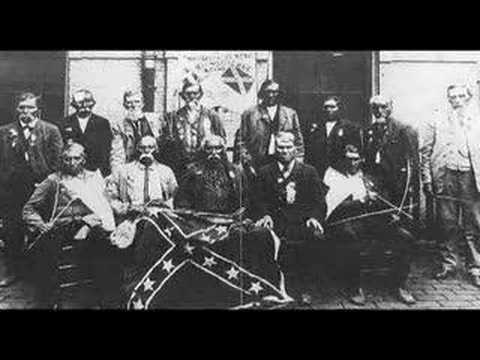 “I am the last president of the United States,” said James Buchanan on December 20, 1860.

South Carolina had just seceded from the Union.  Ten more states would follow.

Had Buchanan remained in office, there is no question he would have let the South go. The United States would have ceased to exist 160 years ago.

“So what?” some readers may retort. “Buchanan was right. There’s nothing sacred about the Union. If states want to secede, let them.”

A recent poll by the University of Virginia Center for Politics claims that 41 percent of Biden supporters and 52 percent of Trump supporters now supposedly favor secession.

REPORT: Over 95% of Omicron Cases are in Vaccinated People.

Via John "Since Omicron is such a mild condition in healthy individuals, they should be encouraged to get it. Doing so will create the robust herd immunity we've been seeking for almost two years.  It is time to end the pandemic and end the use of the pandemic as a political poison pill ailing this nation.
~~J....

Over 95 percent of reported cases of the Omicron COVID-19 variant in Germany occurred in fully vaccinated individuals, according to a new report from the federal government.