Via comment by Anonymous on POLL: 59% of Americans Support Trump on Deportatio...

I fail to see any reason why illegal aliens should not be sent from whence they came.

A school assignment hung on the walls of Erwin High School has gone viral.

Photos of posters with negative comments directed towards illegal or undocumented immigrants have been shared all over the Internet.

Parents, students, and the public have taken offense to the posters, so News 13 asked officials with Buncombe County Schools about the reason behind them.

Brian Gonzales, the chair of the social studies department at Erwin High School, says it was an assignment in a 12th grade civics and economics class.

Jerry Lee Lewis is back


The family of a woman shot and killed at San Francisco’s Pier 14 last month said Monday they plan to sue city and federal officials.

San Francisco resident Kathryn “Kate” Steinle, 32, a Pleasanton native, was fatally shot on July 1 while walking with family members on the Pier in broad daylight.

Within an hour of the shooting, police arrested Juan Francisco Lopez-Sanchez, an undocumented immigrant who had been deported five times and has seven prior felony convictions, including four involving narcotics.

The shooting and arrest have triggered a national debate on San Francisco’s Sanctuary City policy, which limits cooperation between local law enforcement and federal immigration authorities.

Lopez-Sanchez, a Mexican national, had been released from San Francisco County Jail in April despite a request from U.S. Citizenship and Immigration Service to detain him so that ICE field agents could deport him for a sixth time.

POLL: 59% of Americans Support Trump on Deportation of Illegal Aliens 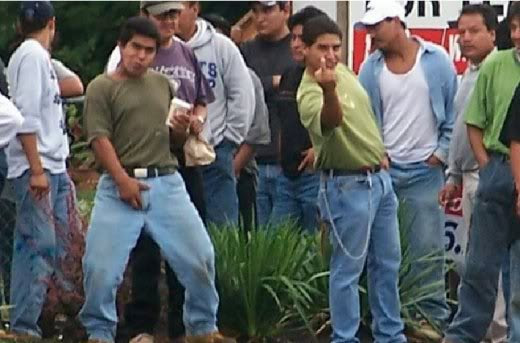 When Donald Trump proposed mandatory deportation of illegal aliens, pundits and politicians on both sides of the political aisle were appalled. But on this issue it looks like Trump has the public on his side.

The fire from the right was almost as fierce as that from the left. “It’s not conservative and it’s not realistic and it does not embrace American values,” said Jeb Bush.

Cell phone video obtained by a local news station appears to show the moment two Texas deputies gunned down a man who held his hands up, contradicting police’s version of events.

While Obama is covering up all symbols of Christianity in America, Vladimir Putin has erected a giant statue of Jesus in Russia. Obama, who was born and raised Muslim, has never been a Christian even though he has pretended to be.

Vladimir Putin had always been an atheist Communist and never pretended to be anything else; that is until recent years.

Via comment by Shane on Atlanta-area police officer shot after responding ... 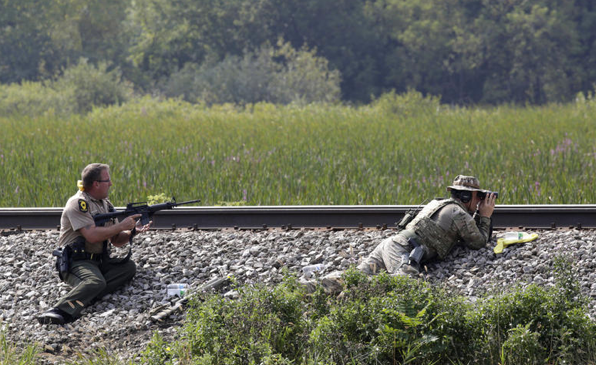 A manhunt is on for three suspects after a Fox Lake police officer was shot and killed Tuesday morning in Lake County, Illinois.

At a press conference held a few minutes before noon CDT it was announced the suspects are two white males and one black male. The officer was shot during a foot pursuit of the men after informing dispatchers he was investigating the men for suspicious activity.

How novel, giving us the description.
Posted by Brock Townsend at Tuesday, September 01, 2015 5 comments:

Trains carrying hundreds of asylum seekers and migrants have started arriving in Vienna after Austrian authorities appeared to give up trying to apply European Union rules by filtering out those who had already claimed asylum in Hungary.
In the latest twist in a humanitarian and political crisis that is now testing the survival of both Europe's open-border regime and its asylum rules, Hungary allowed the people, many of them fleeing Syria's civil war, to cram into at least four trains leaving Budapest for Austria or Germany.

Posted by Brock Townsend at Tuesday, September 01, 2015 No comments:

Finally, a real reason to vote for Donald Trump

Paul Rosenberg
I Am Not A Ferengi

Robert Gore
Get It Right
@ The Appalachian Messenger
Posted by Brock Townsend at Tuesday, September 01, 2015 No comments:


Authorities say an Atlanta-area police officer was shot and critically injured Monday night after officers responding to a call about a suspicious person showed up at the wrong house.

DeKalb County Police Chief Cedric Alexander said the officer was shot in the thigh after he and two colleagues entered a home through the back door and identified themselves.

Alexander said the officer, whom he did not identify, had lost a lot of blood and was in surgery at a local hospital.

It was not immediately clear who fired the shots. It was not known if the homeowner also had a firearm. 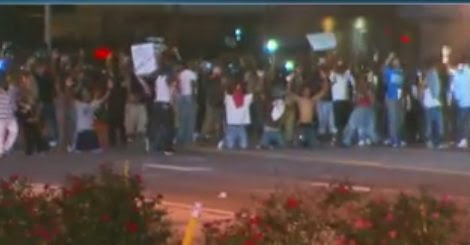 The protesters said Mike Brown had his hands up and was surrendering.

It was all a lie.

“There have been talks with staff at the RNC, nothing firm planned as of yet.”

Via comment by Anonymous on Europe starts getting serious "Nation Traitor"
Angela Merkel is not a very popular person in much of the European Union, and with the refugee crisis, there are challenges to her popularity even within the Fatherland. Recently, she visited a Muslim colony within Germany, or what is called a “refugee center.” While there, like most contemporary “German” leaders, she paused to condemn her own people.

[M]rs Merkel was booed and denounced as a “traitor” by far-Right protesters as she visited the government migrant shelter in the small town of Heidenau, outside Dresden.