Many links to the Confederados
Posted by Brock Townsend at Saturday, October 01, 2016 6 comments: Links to this post An 85-year-old monument to Confederate president Jefferson Davis on the Texas State University campus vanished without a peep last week.

Following a year of outcry from students, professors and community groups, the granite memorial along one of San Marcos’ busiest roads was quietly uprooted on Friday and moved to a site seven miles away in Hunter, on land donated to the United Daughters of the Confederacy.

Mr. Trump: How To Win The Next Two Debates And The White House

Americans cringed through the last eight years of one of the worst presidents in U.S. history:  Barack Hussein Obama.  Reality check: he wasn’t a part of our country, our culture or our ethos.  He grew up with Muslim parents, along with the Quran’s teachings in his first 11 years of school when he lived in Indonesia.

In eight years, he’s created the greatest racial divide experienced in this country since the Detroit riots in 1968.  He seeded this country with hundreds of thousands of Muslims bent on overwhelming our country with Sharia Law.  He created 20 million more food stamp recipients because of lack of jobs.  He emasculated our military.  He embarrassed us around the world.  Obama features 10 Islamic activists in the White House—all of them working to destroy our U.S. Constitution.

More @ The Paleo-Populist
Posted by Brock Townsend at Saturday, October 01, 2016 No comments: Links to this post

Excellent as always: RIGHT ANGLE: THE END OF CONSERVATISM?


Larry Vickers takes a look inside the popular AK-47. Larry is a retired US Army 1st SFOD- Delta combat veteran with years of experience in the firearms industry as a combat marksmanship instructor and industry consultant.
Posted by Brock Townsend at Saturday, October 01, 2016 2 comments: Links to this post

Posted by Brock Townsend at Saturday, October 01, 2016 6 comments: Links to this post

Just yesterday we wrote about an FBI investigation into potential voter fraud in the critical swing state of Virginia after it was revealed that 19 dead people had recently been re-registered to vote (see "FBI Investigating More Dead People Voting In The Key Swing State Of Virginia").  While the Washington Post caught wind of the investigation, it was not known who was behind the operation...until now.

Meet, Andrew Spieles, a student at James Madison University, and apparently "Lead Organizer" for HarrisonburgVOTES.  According to the Daily News-Record, Spieles confessed to re-registering 19 deceased Virginians to vote in the 2016 election cycle.

While this should come as a surprise to precisely 0 people, Spieles just happens to be Democrat who, accorded to a deleted FaceBook post, apparently recently ran for Caucus Chair of the Virginia Young Democrats.

It's too bad really, sounds like Spieles had all the right "special talents" required to be very successful politician...he just forgot the most important first rule: "Don't get caught." 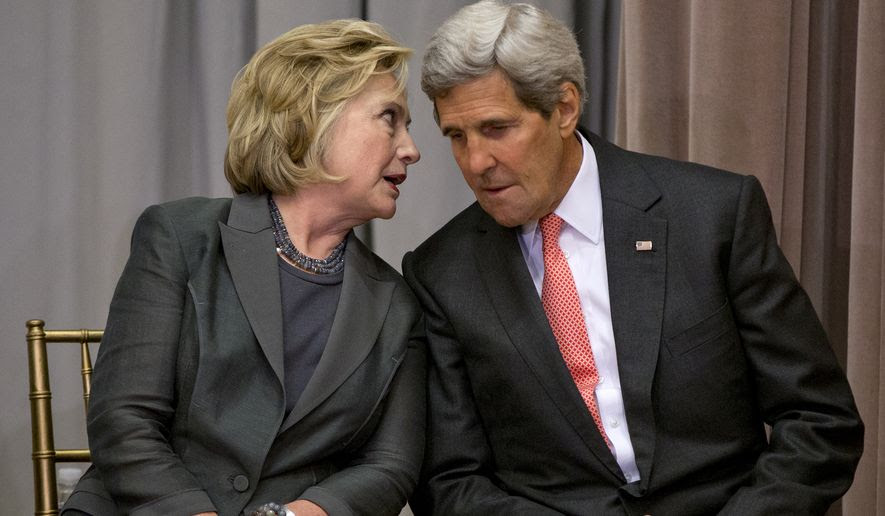 When the end came for Russian President Boris Yeltsen, as the Russian economy was crumbling and there was no support left for his leadership in the Duma, one of his main concerns was protecting himself and his family from prosecution for corruption. That is why he appointed Vladimir Putin, an extremely loyal subordinate whom he could trust with his secrets, someone who would not immediately contact prosecutors and hound his family even after he died.  Someone who would not go after the money secreted away in the Caymans.  Someone who would let sleeping dogs lie.
This is exactly the situation we have with the current political environment in the United States as the 2016 election season nears its conclusion.

The party in power has shown itself to be nothing more than a massive organized-crime syndicate that has used the levers of power to persecute the political opposition and line its pocketbooks and bank accounts with the taxpayers’ money.  From John Kerry sending millions to his daughter’s non-profit, to Hillary Clinton shaking down the State Department’s clients for money, to public employee unions spiking their pensions, the corruption is complete across all levels of the Democratic Party and their hold on the executive branch.

But I think this rabbit hole goes much deeper.  We are now into corruption that damages the national security of the United States in an existential way.


More @ The Washington Times
Posted by Brock Townsend at Saturday, October 01, 2016 3 comments: Links to this post

In their biggest threat yet to conservative media, Democrats on the Federal Election Commission are laying the groundwork to bar companies with even the tiniest foreign ownership from American politics, a move that could ban Fox, the Wall Street Journal and even the New York Times from covering political races or giving endorsements.

In a last-minute submission Wednesday, a top Democrat on the evenly split FEC proposed that the Thursday meeting of the commission begin the process to prohibit companies with foreign ownership as small as 5 percent "from funding expenditures, independent expenditures, or electioneering communications."


More with video @ Washington Examiner
Posted by Brock Townsend at Saturday, October 01, 2016 No comments: Links to this post

Nigel Farage Flies in to Give Donald Trump Debating Tips

Nigel Farage appeared with Donald Trump in a rally in August.

UKIP leader Nigel Farage has reportedly been flown in to help Donald Trump with his debate preparation.


Donald Trump has flown in Nigel Farage to coach him ahead of the next round of Presidential debates with Hillary Clinton.

The first clash between the candidates is widely accepted to have been won by Clinton, despite Trump’s assertion that he was holding back because he did not want to embarrass her.

Ahead of their next encounter, Republican advisers will be drilling Trump on facts, issues and tactics, while Farage is expected to contribute lessons learned during his Brexit campaigning.

Farage, who quit as Ukip leader shortly after the Brexit referendum, has long been regarded as a skilled orator. In April 2014, he beat Nick Clegg in a televised deabte on Europe and during the run-up to the EU referendum vote, David Cameron refused to debate with him, agreeing only to appear on the same programme.

Russia warns against US attack on Syrian forces

Russia warned the United States Saturday against carrying out any attacks on Syrian government forces, saying it would have repercussions across the Middle East as government forces captured a hill on the edge of the northern city of Aleppo under the cover of airstrikes.

Russian news agencies quoted Foreign Ministry spokeswoman Maria Zakharova as saying that a U.S. intervention against the Syrian army "will lead to terrible, tectonic consequences not only on the territory of this country but also in the region on the whole."

She said regime change in Syria would create a vacuum that would be "quickly filled" by "terrorists of all stripes."

U.S.-Russian tensions over Syria have escalated since the breakdown of a cease-fire last month, with each side blaming the other for its failure. Syrian government forces backed by Russian warplanes have launched a major onslaught on rebel-held parts of the northern city of Aleppo.


More @ Big Story
Posted by Brock Townsend at Saturday, October 01, 2016 No comments: Links to this post

Election officials in Franklin County, Ohio are reportedly stumped over what one maintenance worker found in a dilapidated downtown Columbus warehouse earlier this week.

According to sources, Randall Prince, a Columbus-area electrical worker, was doing a routine check of his companies wiring and electrical systems when he stumbled across approximately one dozen black, sealed ballot boxes filled with thousands of Franklin County votes for Hillary Clinton and other Democrat candidates.

“No one really goes in this building.  It’s mainly used for short-term storage by a commercial plumber,” Prince said.

So when Prince, who is a Trump supporter, saw several black boxes in an otherwise empty room, he went to investigate.  What he found could allegedly be evidence of a massive operation designed to deliver Clinton the crucial swing state.

It’s now been 2 full months since the conventions ended and Donald Trump is CRUSHING Hillary Clinton in event attendance during this period.

This estimate is based on only campaign events scheduled by the candidates and for the most part does not include events where the candidates spoke to participants at other events. Total attendance is based on best estimates and considers over-projections for Hillary rallies by almost all liberal media outlets and lowball estimates by these same affiliates for Trump events.  Actually, almost never has the mainstream media commented on the number of participants at these rallies most likely because these numbers are so shocking and devastating for the Hillary campaign.

These numbers also do not include fundraisers, debates or TV events.  This is only our best estimate for attendance at these rallies.  Note that the 12,000 people were turned away at Trump’s rally in Florida this week and at other events where Trump set attendance records.  These individuals are not included in these estimates but if they were the totals would be even more lopsided.

Since August 1st when both parties’ conventions concluded and through the end of September, Trump has had nearly 340,000 people at his events with thousands turned away due to space limitations. He has set records for some of these locations in attendance.  However, Hillary has only had 14,000 total at her rallies since August 1st.


More @ The Gateway Pundit
Posted by Brock Townsend at Saturday, October 01, 2016 No comments: Links to this post

Vladimir Putin mops the floor with Obama, John Kerry in the Middle East 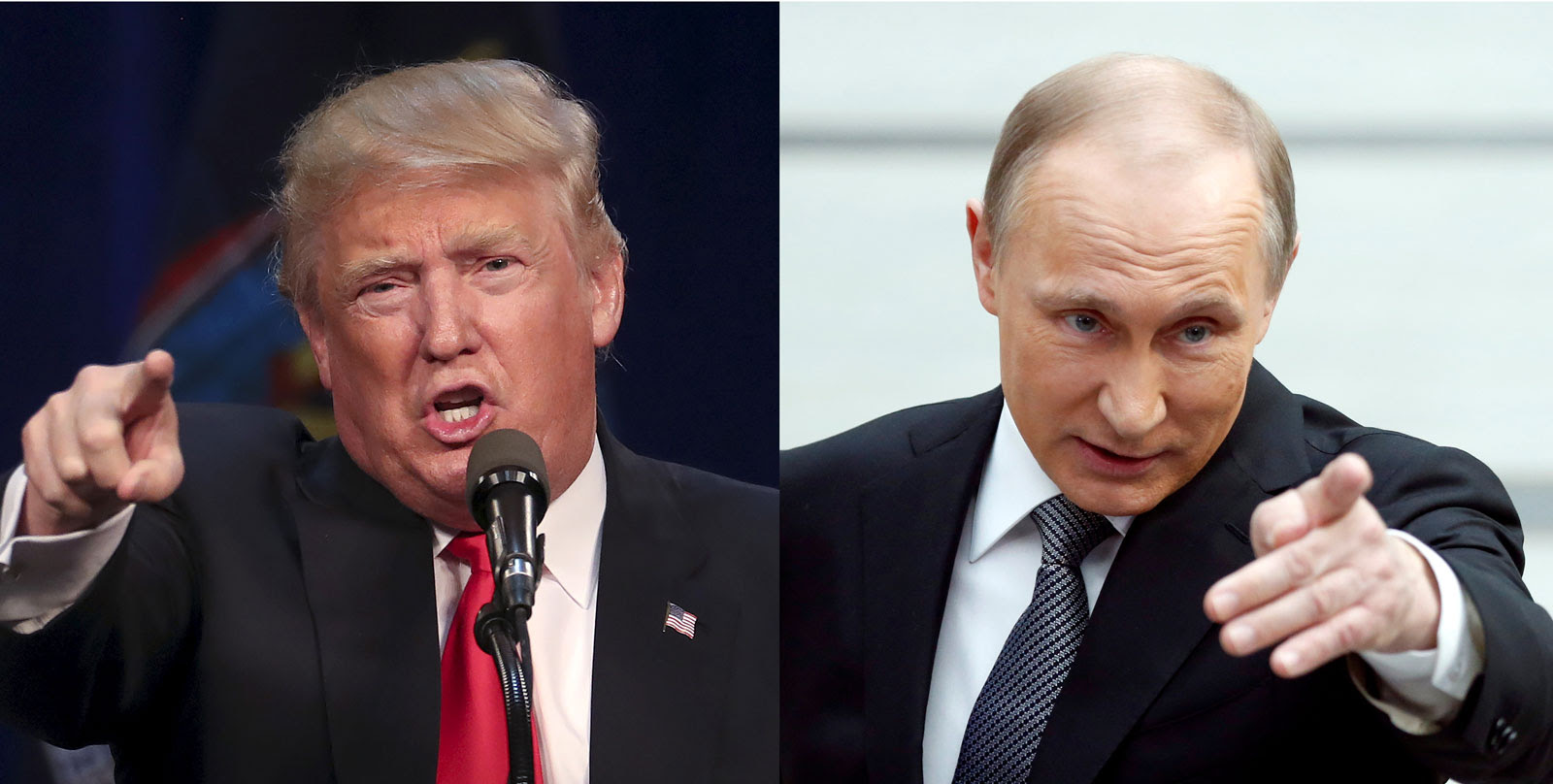 After bombing hospitals and aid convoys during the latest abortive cease-fire in the Syrian War — notice I didn’t say “civil war” because this is now a global conflict — Moscow on Thursday generously proposed a 48-hour window to allow relief supplies to enter the besieged city of Aleppo, which Syrian government forces are doing a very good job of reconquering with Russian support.

The offer is the centerpiece of a brutally effective propaganda campaign in the textbook “hybrid warfare” scenario we are witnessing in the Middle East. Russian President Vladimir Putin is just simply mopping the floor with President Obama and Secretary of State John F. Kerry, in Syria and elsewhere. Mr. Kerry still can’t get over the fact that another world leader actually cares about the country he leads and pursues its interests, instead of chasing after some greater, secret agenda that doesn’t include national borders.


More @ The Washington Times
Posted by Brock Townsend at Saturday, October 01, 2016 2 comments: Links to this post