Trimming Ourselves to Fit the World

“Black identity-mongers…are creating a phony history and phony traditions as escapes from very real problems of drugs, violence and social degeneration in the ghettos of the 1990s.” So wrote black columnist and philosopher Thomas Sowell in 1995.

In 1991, amid internal strife, the National Association for the Advancement of Colored People (NAACP) finally found something to unite them. It was not black violence, the high crime statistics from their communities, fatherless homes, poverty, drug use, or any number of other issues that faced them then and now. No, the issue chosen to focus their resources on that would bring about the “advancement” of their people was opposition to the Confederate flag.

The association adopted a resolution to “commit their legal resources to the removal of the Confederate flag from all public properties.

On State Legislators: "The Constitution allows you to do it ... so do it!"

North Carolinians watched with interest as events unfolded in South Carolina, and immediately after Fort Sumter fell, Governor Ellis replied to the Secretary of War’s request for two regiments to invade South Carolina with the following:

“I regard the levy of troops made by the administration for the purpose of subjugating the States of the South as in violation of the Constitution and a gross usurpation of power. I can be no party to this wicked violation of the laws of the country, and to this war upon the liberties of a free people. You can get no troops from North Carolina.”

"The state legislatures that are Republican controlled in the contested states should have officially sent an alternative slate of electors. That they did not is a manifestation of cowardice."

"Exactly. All these entities (State Legislatures, State/Federal Judiciary, Governors, Attorney Generals, Alphabet Deep Staters, Congress, Vice President, etc.) have "passed the buck" either for nefarious reasons, cowardly reasons, or a bit of both. But where does this buck stop? It is the State Legislatures. If they refuse to do their duty for whatever reasons, then the Constitutional Republic is fubar.

It then falls on We the People to either pick up the buck in whatever manner to recreate the Republic that has been irreparably destroyed (in the sense that the Constitutional mechanisms in place for correction, reform are dependent on the very election process system that is broken--the elected never being willing to reform themselves, the election process).

The founding fathers only had so much foresight--they couldn't factor in such systemic election fraud, at least in its cybernetic forms with wireless Dominion machines, Smartmatic computer programs all devised by an unaccountable CIA. I am no hothead who advocates violent insurrection, but honestly it is hard to see any nonviolent option other than secession by states willing to do so (though this itself likely would entail violence in terms of opposition by the Fed). Either quit the union or fight for a new one. Not a good place we are at."

Donald J. Trump
@realDonaldTrump
Reports are coming out of the 12th Congressional District of Georgia that Dominion Machines are not working in certain Republican Strongholds for over an hour. Ballots are being left in lock boxes, hopefully they count them. Thank you Congressman @RickAllen!
1:18 PM · Jan 5, 2021

WW News
@WW_NEWS_
Heres @jfradioshow with the scoop. "Dominion machines in 3 of the largest Republican precincts are down.They are told they cant scan their ballots because the machines do't work.The pole workers are saying 'When it's fixed we'll scan it for you'. There's all kinds of red flags"

“Never Will I Concede,” Trump Tells Glenn Beck The Fight is Not Up - "It's going to be a very hard thing to concede because we know there was massive fraud," Trump said, complaining that the U.S. election was "like a Third World country." 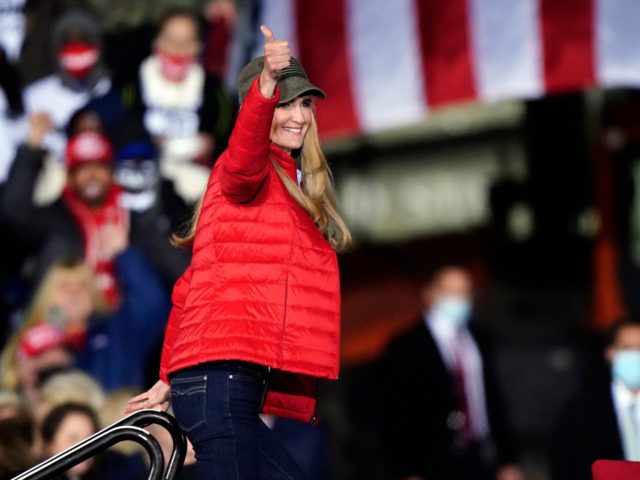 An ad released in the final hours of the campaign on Monday squarely focused on trying to split Sen. Kelly Loeffler (R-GA) from President Donald Trump. “Georgia Gov. Brian Kemp, squaring off with President Trump,” a narrator says at the opening of the ad. “Expected to appoint Kelly Loeffler to the open U.S. Senate seat.”

The ad focused on trying to split Trump from Loeffler, by highlighting how Kemp—Georgia’s governor who Trump says he intends to back a primary challenger against in two years—appointed her to the seat vacated by the now retired former Sen. Johnny Isakson (R-GA). But the most interesting part of the ad may be how it opens: “I’m Raphael Warnock and I approved this message.”

British superstar Rowan Atkinson, who will forever be immortalized as the iconic “Mr. Bean,” has joined Ricky Gervais and John Cleese in the fight against cancel culture.

Speaking with U.K.’s Radio Times, Atkinson said that the modern act of destroying people in an instant due to past or present sins is the “digital equivalent of the medieval mob roaming the streets looking for someone to burn.” 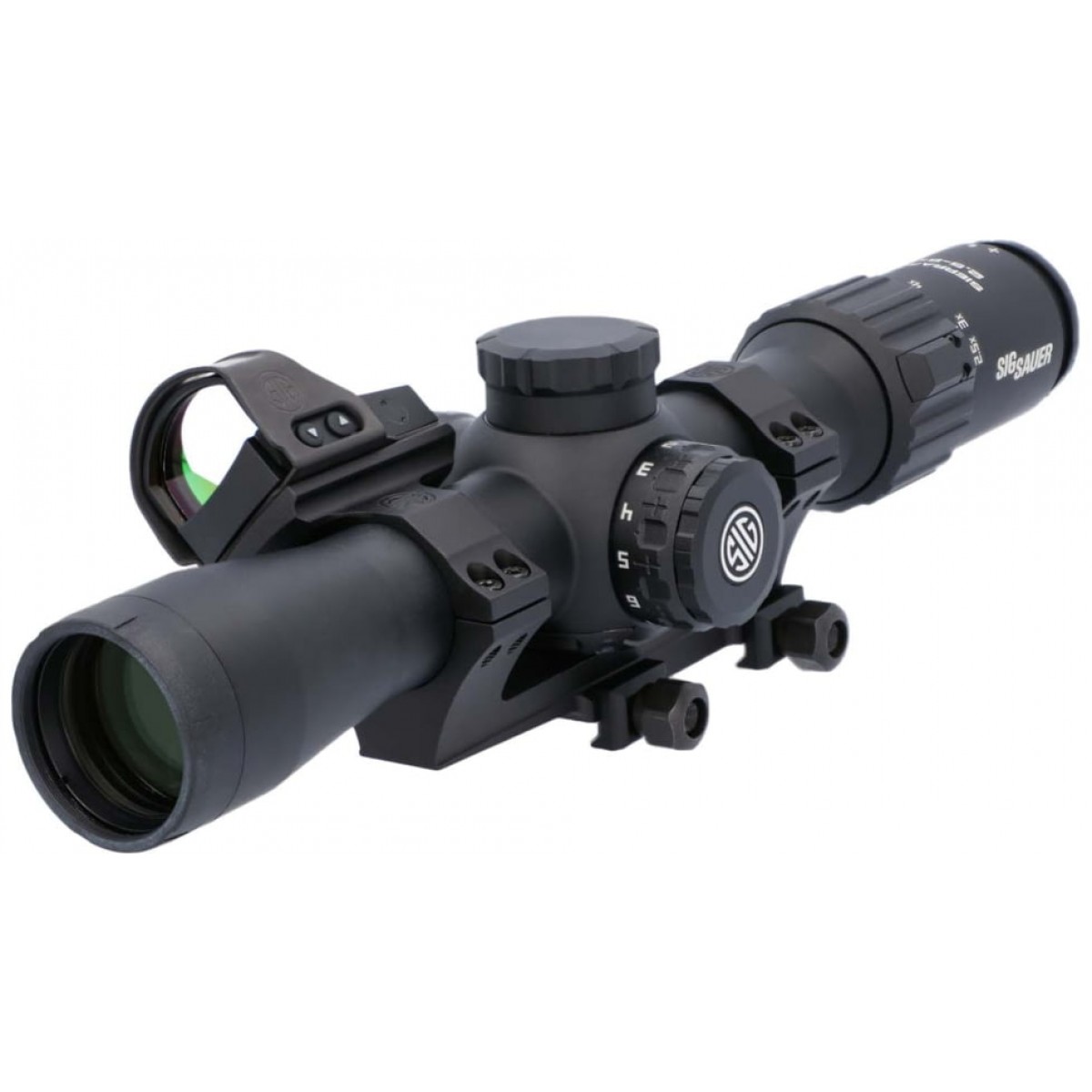 LIVE: STOP THE STEAL Coalition Pre-Rally at Freedom Plaza Ahead of Tomorrow's Big Events in DC 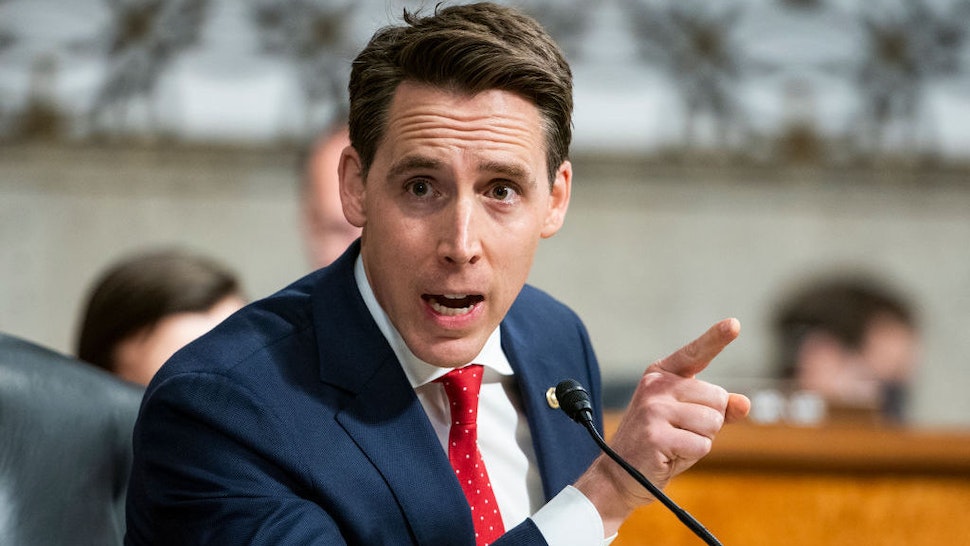 “Tonight while I was in Missouri, Antifa scumbags came to our place in DC and threatened my wife and newborn daughter, who can’t travel,” Hawley wrote on Twitter. “They screamed threats, vandalized, and tried to pound open our door. Let me be clear: My family & I will not be intimidated by left-wing violence.”

"A Republic If You Can Keep It"