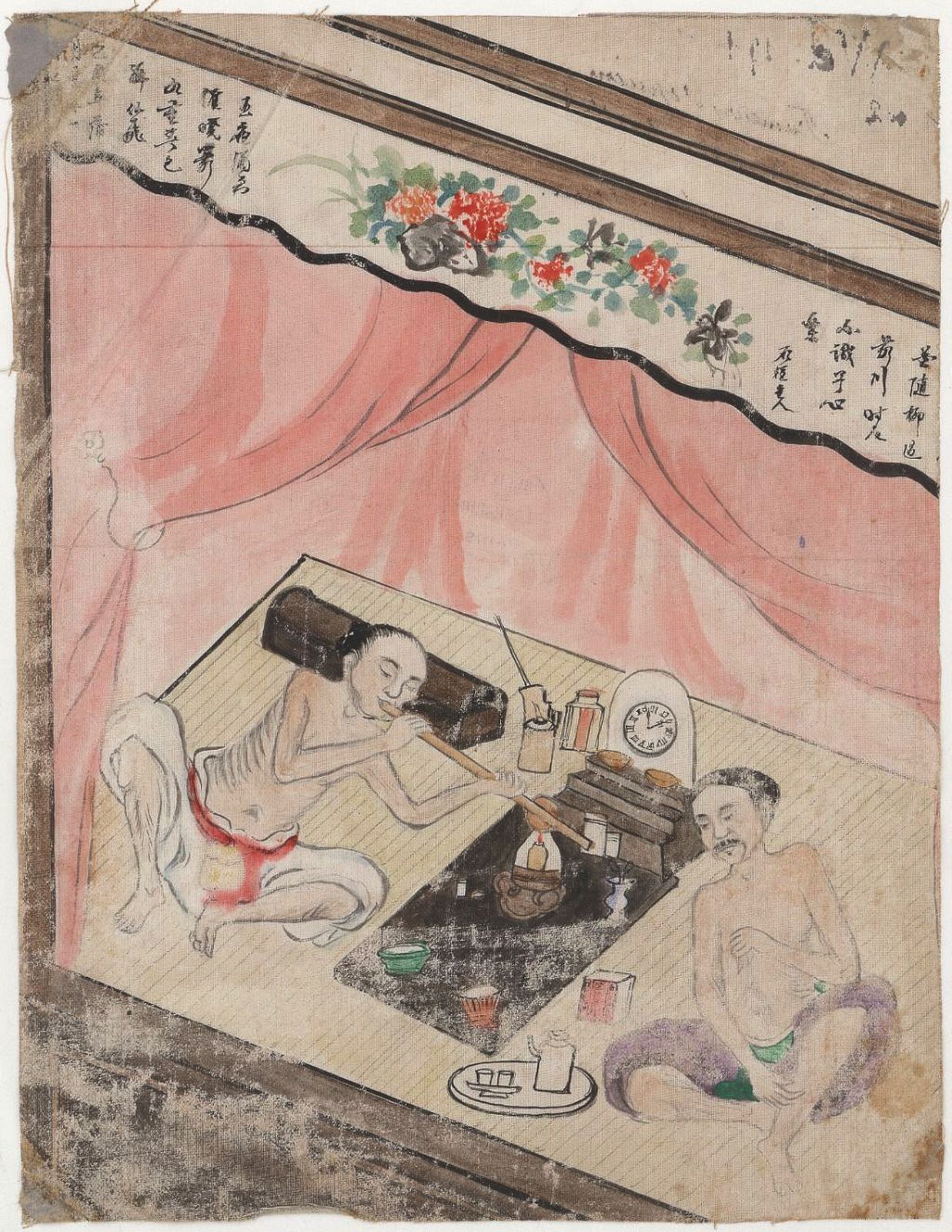 It was a simpler time in Vietnam 100 years ago — just people going about their life without a single phone in sight.

This set of rare sketches takes us to the villages of northern Vietnam in 1923, filled with craftsmanship, camaraderie and just some good ol’ fashioned loincloths. The illustrations were archived by BnF digital library Gallica, which aims to preserve French written heritage. They depict the everyday life of past Tonkinese — residents of what is now northern Vietnam. Details regarding the identity of the artist were unavailable, but the works still retain much of their original brushworks and sketches after almost a century.


If you’re a frequent visitor of Saigon's Tao Dan Park, you might have crossed paths with a martial artist who can usually be spotted doing pushups, engaging in graceful sword dances or coaching students — all on one leg and his trusty crutch. The man is 60-year-old Ta Anh Dung, one of Saigon’s most prominent masters of the Kim Ke Tay Son Nhan discipline, a traditional Vietnamese martial art.
Posted by Brock Townsend at Wednesday, February 19, 2020 No comments:

The Presidential Campaign of 1860: Mostly about Tariffs versus Free Trade rather than Slavery

Mr.Pippen adverted to the importance of the present election - important in many respects, but chiefly in respect to the Tariff and Texas. The Tariff  must be reduced; it was grinding the South to powder. The northern manufacturers were declaring dividends of 25 and 30 per cent per annum, while the poor farmer at the South could scarcely "make both ends meet." The Tariff must be reduced - it made the rich richer and the poor poorer. (1845)


When the Saracens and Moors, in the 8th century invaded and devastated the rich and beautiful provinces of Spain, they were commanded by a general whose name wasTarif  who had but one eye (See Anquetil's Universal History) - Our Tariff must be a descendant of this infamous destroyer, and inherits his defect of having but one eye, as it can see but one interest, and in one direction."
(I found the above quote on microfilm at the Tarboro Library, but I either failed to write down the source, or there was none. Also, I failed to write down the date, but remember that it was well before the War, 1823/1833 sticks in my mind. BT)

The photo accompanying last week’s article was an 1860 Republican poster urging voters to vote straight Republican the next Tuesday, November 2 [1860]. In the top third of the poster were these words:

Protect Your Job—Your Farm—Your Business
The Only Issue Before the Voters is The PROTECTIVE TARIFF
Please note carefully that the poster says:

“The Only Issue Before the Voters is The Protective Tariff.”There was nothing on the poster touching any issues with slavery. As stated by Lincoln and the Republican Platform of 1860, the Republican objective regarding slavery was only to limit its geographic expansion to states that already permitted it.
The Protective Tariff here refers to the Morrill Tariff introduced in the U.S. House in 1858 and finally passed by the House on May 10, 1860. Only one Southern Congressman of 40 voted for it. It was 1953 in the white newly prosperous suburbs of Arlington, Virginia, just outside the Yankee Capital. I was eight, having been born, like so many of my small compatriots, nine months and fifteen minutes after our fathers got home from the war. These men, my father anyway, had spent years in the Pacific, being torpedoed at and watching Hellcat fighters screaming off wooden decks, and seeing ships sink. What they wanted now was lawn mowers, lawns, children, and a life as boring as possible. They got them.

We kids did not know that we were at the cusp of an explosion of technological mastery. We were, though. In addition to me there was Michel Duquez, dark-haired, raffish, and of Frog extraction, who would later die fighting for the French Foreign Legion in the Silent Quarter of Arabia. Or if he didn’t, he should have. And there was John Kaminski, or Mincemeat, blond and crewcut, who could spit out of the side of his mouth with casual aplomb the way Humphrey Bogart did, or would have if he had spit much. 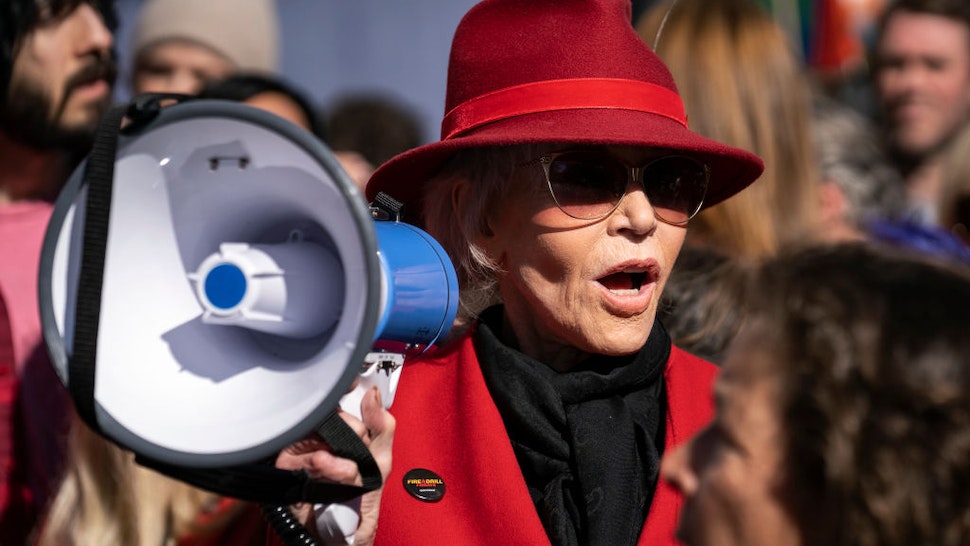 On May 4, 1970, during a huge protest against U.S. involvement in the Vietnam war at Kent State University, Ohio National Guard troops fired at students, killing four students and injuring nine others.

Now, for an event at the university marking the 50th anniversary of the tragedy, Kent State is shelling out $83,000 to a famous celebrity to come and speak: Jane Fonda.

NBC/WSJ Poll: How Trump is on the Rise, and Why Democrats are Panicking Over Bernie

Candace Owens speaks to crowd of over 2,000 at San Diego County Republican event

Posted by Brock Townsend at Wednesday, February 19, 2020 No comments:

You Have to See It: A Robber Hits a Kentucky Restaurant Where the Only Two Customers Are Both Armed (Video)


On Saturday night, a masked thief entered a restaurant in Elizabethtown, Kentucky and got more than he bargained for.

According to police, 30-year-old Justin Carter bounded onto the scene at Raising Cane’s Chicken Fingers for a bit of the ol’ armed robbery.

The goob pointed his pistol at the cashier and demanded some cold hard cash.

But his plan got iced.

At the time, there were only two customers in the joint — Chase McKeown and his wife, Nicole.

The married couple of six months were enjoying a finger-lickin’ date night ’til Justin busted in.

The Redacted Testimony That Fully Explains Why General MacArthur Was Fired Far beyond being insubordinate, the military leader seemed to not grasp the consequences of his desired strategy

Harry Truman’s decision to fire Douglas MacArthur at the height of the Korean War in April 1951 shocked the American political system and astonished the world. Much of the world didn’t realize the president had the power to fire a five-star general; much of America didn’t realize Truman had the nerve.

But Truman did fire MacArthur, whose complaints against the commander in chief had grown louder and more public. MacArthur wanted to expand the war against China, which had entered the Korean fighting in late 1950. MacArthur complained that the president was tying his hands by forbidding the bombing of China, thereby sacrificing American lives and endangering American freedom.

We typically try to keep things fairly apolitical here at the blog. But this week, I know a lot of our fellow staunch 2nd Amendment supporters have an eye fixated on politics. Michael Bloomberg, an outspoken politician supporting his own brand of gun control seems to be gaining traction as a legitimate major party candidate for President of the United States.

While we don’t dare tell you how to vote… if a man painted as a villain by the National Rifle Association for more than 20 years is making a serious run, we figure we might as well have some fun with it.

Get your markers ready, the Nevada Democratic Primary Debate is our first chance for Gun Ban Bingo!

Survival Fishing: How to Catch Fish When SHTF

Humans have been fishing since before the dawn of civilization. And it’s no wonder. Fish are nutritious and, dare I say, delicious. Plus, they’re plentiful, almost all are edible, and you can find them in just about every body of water coast to coast.


A few months ago, a leaked internal memo from Facebook confirmed what conservatives had suspected: Yes, Donald Trump had used social media to win in 2016. No, he hadn’t cheated.

His campaign had just managed to master social media advertising.

“He didn’t get elected because of Russia or misinformation or Cambridge Analytica. He got elected because he ran the single best digital ad campaign I’ve ever seen from any advertiser. Period,” Facebook Vice President Andrew Bosworth wrote in a rambling memo.

Herman Cain: Black Approval of Trump Is Soaring & More Americans are Republican Than Democrat Now According to New Poll 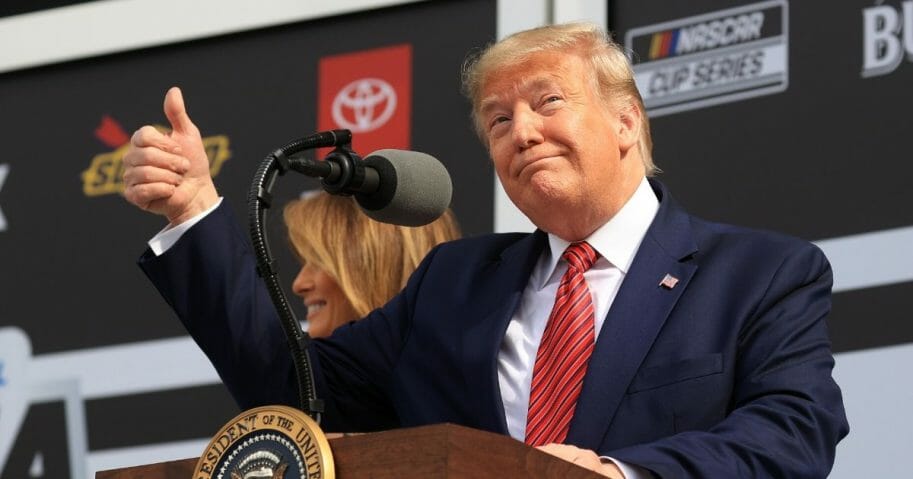 You might recall that, in 2018, a Rasmussen poll showed President Trump with 36 percent approval among African-Americans.

That immediately led to howling from the media and the political class, who said the result must be an outlier or just made up because Rasmussen – they claimed – is a “Republican polling outfit.”

It is actually no such thing. It’s a nonpartisan polling outfit that doesn’t oversample Democrats like most of the others. Its methodology is sound and its poll results usually track pretty well with election results.

More bad news for Democrats as they head into the Nevada Democratic debates. It would appear that new polling shows that more people now identify as Republican than Democrat.

According to Gallup, Republicans have trailed behind or tied Democrats in terms of self-identification for some time now, but late last month the tables turned with Americans identifying as Republican at 30 percent, up from three points earlier in the month. The number of people identifying as Democrats stayed the same, however, those who identify has Independent shrank, suggesting they drifted to the right.