What Else Is There To Say? Hillary Caught on Tape: 'We Need to Determine Who Wins Before Palestinian Elections Held' 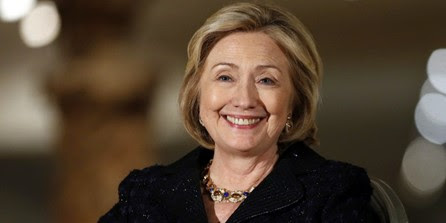 Anyone wondering what "democracy promotion" will look like in a Hillary Clinton administration may get a taste from a new audiotape released today of Hillary addressing the editorial board of the Jewish Press back in 2006.

In the tape Hillary is clearly heard telling the Jewish Press journalists present: 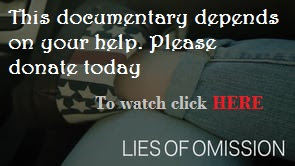 This got by me when it actually happened, but I guess I was too busy working to pay taxes...

In the No-Laws-Apply-To-Us (NLATU) Obama Administration it is possible to see something otherwise unheard of, unimagined, unbelievable; you can have an Attorney General of the United States taking the FIFTH. Understand, the chief law enforcement officer only subordinate to the President of the United States utilizes the Fifth Amendment protection against self-incrimination in the Iran hostage ransom deal.

Does that mean that Loretta Lynch believes that she could be indicted for something that took place during the ransom negotiations? Is there any other reason to invoke the Fifth Amendment other than out of a fear of prosecution? Is it a legitimate use of the Fifth Amendment to just not want to say something? Isn't there a possible prosecution element to the Fifth that does not apply if it is just something embarrassing, or damaging to a third-party?

Matthews: Hillary Won’t Change If She Wins, the Clintons Will Sell the Lincoln Bedroom Again

Thursday on MSNBC’s “Hardball,” host Chris Matthews said, it’s the Clintons’ “pattern” to raise money “hand over fist” using the White House like a “Motel 6” and that will not change if Democratic presidential nominee Hillary Clinton wins in November.

The FBI found emails pertinent to its Clinton investigation, reportedly on a computer from her aide’s home. That doesn’t jibe with she told lawyers this summer.

In a normal election year, a normal candidate’s close aide who caused even minor embarrassment to a campaign so near to Election Day would be whisked away as quickly as possible to avoid becoming a distraction.

But Huma Abedin is not simply a close aide, she’s a critical member of Hillary Clinton’s tiny inner circle that protects and — at times — enables the deeply flawed and secretive Democratic nominee.


Attorney General Loretta Lynch lost all credibility after meeting with Bill Clinton on an Arizona tarmac just days before the FBI and DOJ recommended no charges be brought against Hillary.

When FBI Director James Comey began circulating a letter to Congress that he was going to reopen Hillary’s private email server case, Lynch tried to stop the whole thing from happening.

Thing is, she couldn’t.

Agents within the Federal Bureau of Investigation never destroyed laptops given to them by aides of Hillary Clinton as previously reported, a Washington D.C. lawyer with a source close to the Clinton investigation says.

Washington D.C. attorney Joe DiGenova said on The David Webb Show on SiriusXM Friday night that despite the FBI agreeing to destroy the laptops of Clinton aide Cheryl Mills and ex-campaign staffer Heather Samuelson as part of immunity deals made during the initial investigation of Clinton’s email server, agents involved in the case refused to destroy the laptops.


More @ The Daily Caller
Posted by Brock Townsend at Saturday, October 29, 2016 No comments: 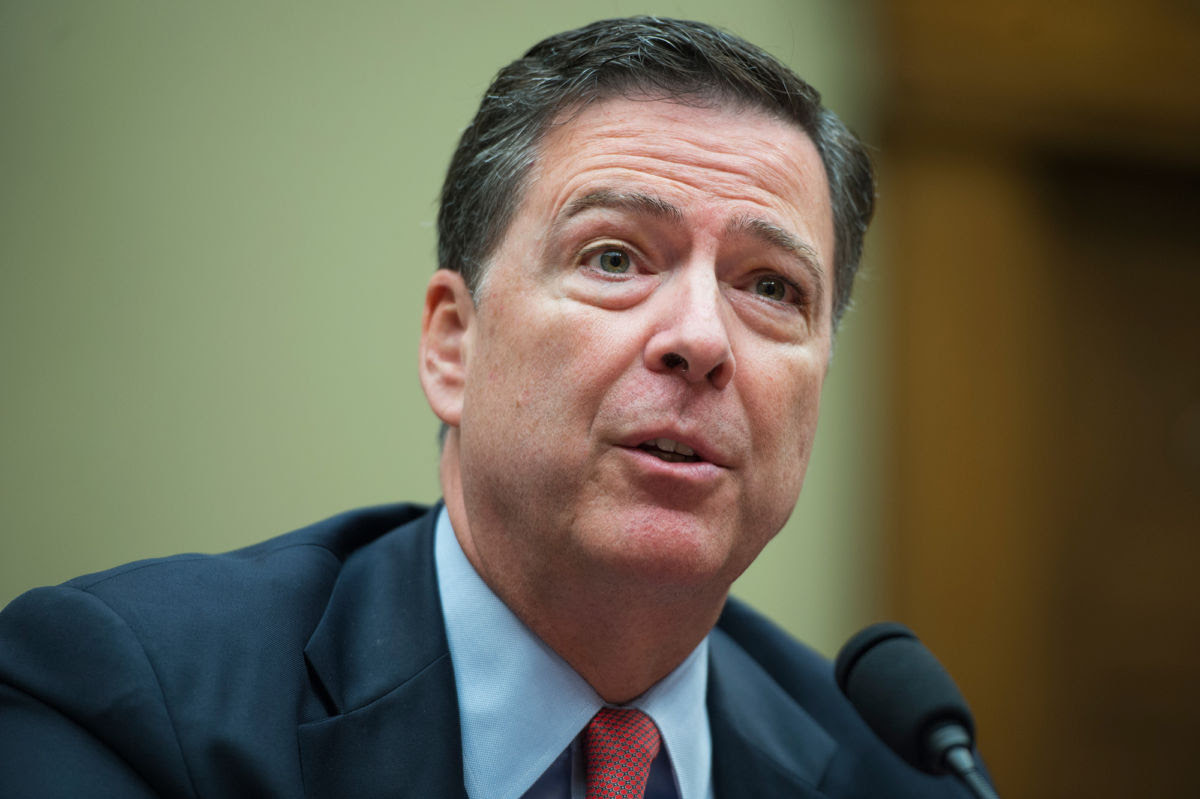 On Friday, James Comey, the director of the Federal Bureau of Investigation, acting independently of Attorney General Loretta Lynch, sent a letter to Congress saying that the F.B.I. had discovered e-mails that were potentially relevant to the investigation of Hillary Clinton’s private server. Coming less than two weeks before the Presidential election, Comey’s decision to make public new evidence that may raise additional legal questions about Clinton was contrary to the views of the Attorney General, according to a well-informed Administration official. Lynch expressed her preference that Comey follow the department’s longstanding practice of not commenting on ongoing investigations, and not taking any action that could influence the outcome of an election, but he said that he felt compelled to do otherwise.


More @ The New Yorker
Posted by Brock Townsend at Saturday, October 29, 2016 No comments:

Chicago Tribune Calls for Democrats to Tell Hillary to Step Aside 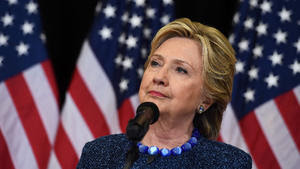 Has America become so numb by the decades of lies and cynicism oozing from Clinton Inc. that it could elect Hillary Clinton as president, even after Friday's FBI announcement that it had reopened an investigation of her emails while secretary of state?

It's obvious the American political system is breaking down. It's been crumbling for some time now, and the establishment elite know it and they're properly frightened. Donald Trump, the vulgarian at their gates, is a symptom, not a cause. Hillary Clinton and husband Bill are both cause and effect.

FBI director James Comey's announcement about the renewed Clinton email investigation is the bombshell in the presidential campaign. That he announced this so close to Election Day should tell every thinking person that what the FBI is looking at is extremely serious.

This can't be about pervert Anthony Weiner and his reported desire for a teenage girl. But it can be about the laptop of Weiner's wife, Clinton aide Huma Abedin, and emails between her and Hillary. It comes after the FBI investigation in which Comey concluded Clinton had lied and been "reckless" with national secrets, but said he could not recommend prosecution.

A Thousand Points of Truth


My interest in Colonel John Singleton Mosby began in 1950. However, it wasn't until 2002 that it led to extensive research on the subject, centered upon newspaper reports on the man begun during the Civil War and continued throughout-and even after-his life. And while I rejected Virgil Carrington Jones's observation on Mosby, contained in the preface of this work, I did not contemplate writing this book until an even more disparaging observation came to my attention during my research. The comment was contained in an article in the Ponchatoula Times of May 26, 1963, as part of a six-article series written by Bernard Vincent McMahon, entitled The Gray Ghost of the Confederacy.

Mr. McMahon, in turn, based his comment upon General Omar Bradley's judgment of what might have been the postwar life of General George Patton: "Now substitute Mosby for General Patton in the book ‘A General's Life,' by Omar Bradley . . . ‘I believe it was better for General Patton [Mosby] and his professional reputation that he died when he did . . . He would have gone into retirement hungering for the old limelight, beyond doubt indiscreetly sounding off on any subject anytime, any place. In time he would have become a boring parody of himself-a decrepit, bitter, pitiful figure, unwittingly debasing the legend'" (emphasis mine).

McMahon, however, only proffered in his writings the widely accepted view of John Mosby held by many, if not most. However, like General Ulysses S. Grant, I have come to know Colonel Mosby rather more intimately through the testimony of countless witnesses over a span of 150 years, and I believe that it is time for those who deeply respect John Mosby the soldier to now also respect John Mosby the man. A century ago, the book of John Singleton Mosby's life closed. It is my hope that this book will validate the claim he made during that life that he would be vindicated by time. 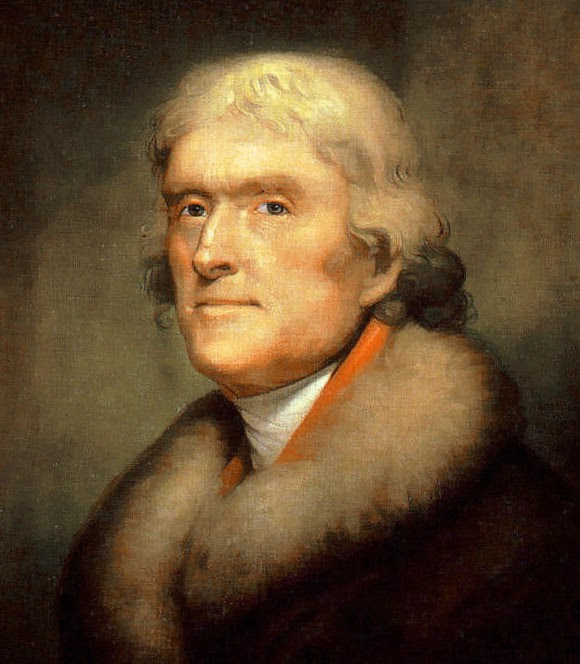 What is true conservatism?  That question, more than anything else, is the argument raging in the Republican Party today – one side fully represented in the party’s establishment wing, while the other resides in the hearts of true patriots at the grassroots, those who carry the American Revolution’s sacred fire of liberty. Yet most true conservatives may not realize that their closely held philosophy of limited government originated in the South. It is a Southern institution, and conservatives outside the South are espousing Southern values, whether they know it or not.


More @ The Abbeville Institute
Posted by Brock Townsend at Saturday, October 29, 2016 No comments:

Michael Cohen, Trump Organization EVP and Special Counsel to Donald J. Trump, spoke out on Twitter Friday evening about Mr. Trump’s desire–before it was known to him that she was attacked by the Clinton mob–to present an unspecified gift to the woman. Cohen said he had a friend in Hollywood looking for her.

After learning she had been attacked, Cohen promised she would have “the last laugh on these thugs.”

Cohen told a supporter to not contact the Trump campaign about the woman but to DM him on Twitter with any information as to her whereabouts., indicating this is a personal matter for Trump.


More @ The Gateway Pundit
Posted by Brock Townsend at Saturday, October 29, 2016 No comments: 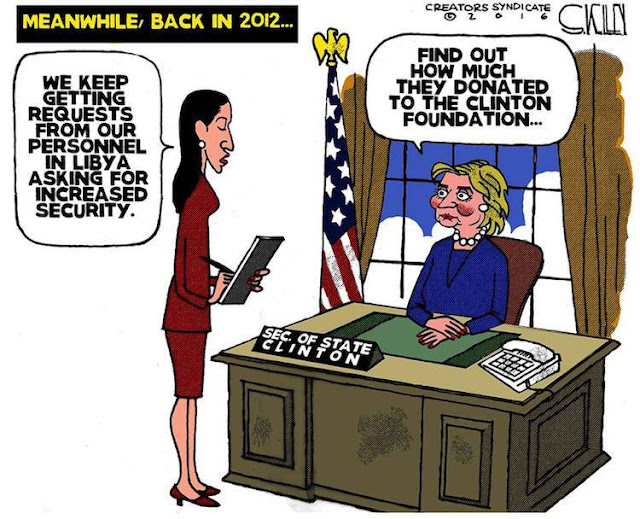 We have all heard the news today regarding the FBI reopening the investigation into Hillary Clinton’s emails because of “thousands” of emails they have discovered while investigating Anthony Weiner in his sexting scandal with an underage 15 year old girl.   As many of you know, Anthony Weiner and Huma Abedin, Hillary’s chief aide, are married (separated since  his most recent sexting scandal broke several months ago).These emails must have some highly sensitive or secret information in them for the FBI to go to the extreme measure of reopening Hillary’s email investigation.  During the original investigation numerous emails were discovered in Hillary’s emails that were classified SAP (Special Access Programs)