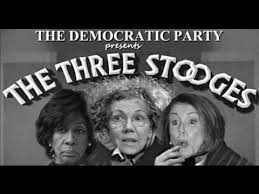 Many Republicans on the Senate Judiciary had their home addresses and phone numbers published on their Wikipedia pages Thursday.

Shortly after Lindsey Graham went off on Senate Democrats for destroying Kavanaugh’s life in order to derail his confirmation, Republicans were doxxed.

What’s in a (Generational) Name?

‘Why depart from the good old way which has kept us in quiet, peace, and harmony—everyone living under his own vine and fig tree, and none to make him afraid?  Why leave the road of experience, which has satisfied us all and made us all happy, to take this new way . . . of which we have no experience? --Nathaniel Macon of NC

The whole 20th century was a horrible time for the friends of tradition:  the mild rule of Europe’s Christian monarchs – Habsburgs, Romanovs, and others – was replaced by the ruthless Communists and later the despotism of the European Union, amongst other totalitarian ‘isms’; Mao overthrew Confucius in China; the natural rhythms of the agrarian life in many places of the world were overwhelmed and driven out by the increasingly artificial and fast-paced urban life (if one may call it that) centered around the new holy trinity of ‘science, technology, and industry’, in Wendell Berry’s words; total war destroyed much else; etc.

World War II, however, seems to have been a watershed in this process of the destruction of tradition, for after that war the naming of generations begins, something unheard of before.  The list goes something like this:

The Senate Judiciary Committee will vote Friday on the nomination of Judge Brett Kavanaugh to the Supreme Court. The full Senate is scheduled to vote Tuesday on whether to seat the extraordinarily qualified judge on the high court.

After much buildup, Kavanaugh and Professor Christine Blasey Ford testified separately Thursday before the Judiciary Committee. Both addressed Ford’s uncorroborated allegations that a drunken Kavanaugh forced her onto a bed, tried and failed to take her clothes off, and put his hand over her mouth to keep her from screaming some 36 years ago when both were high school students.

The Superior Court judge said the law violates the rights of charter cities.

The ruling comes in response to a challenge from Huntington Beach officials. The city opposed the controversial law, arguing it infringes on local governments' authority. The judge agreed, saying cities must be allowed to police themselves.

Burden is on Avenatti to show proof, or face consequences

Michael Avenatti, whose judgments have proved questionable so many times, may be right in demanding a thorough investigation of his client’s outrageous claims of multiple gang rapes participated in and witnessed by a young Brett Kavanaugh.


These claims, typical of Avenatti, seem so incredible on their face that even partisan Democratic senators have generally stayed away from them. Yet, if they are true, they are not only disqualifying for Judge Kavanaugh to become an associate justice of the Supreme Court, but they should result in criminal prosecutions of anyone and everyone who allegedly drugged young girls and subjected them to systematic gang rape on multiple occasions.

The affidavit laying out these allegations is so deeply flawed and so filled with gaps that it would be easy for any experienced cross-examiner to raise doubts about the credibility of the affiant. One critical question is why this young woman would repeatedly return to parties where she claims to have witnessed gang rapes of drugged women. Yet, since the charges are so serious, further investigation is warranted.

More @ The Hill
Posted by Brock Townsend at Friday, September 28, 2018 No comments: 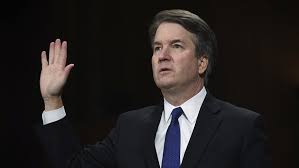 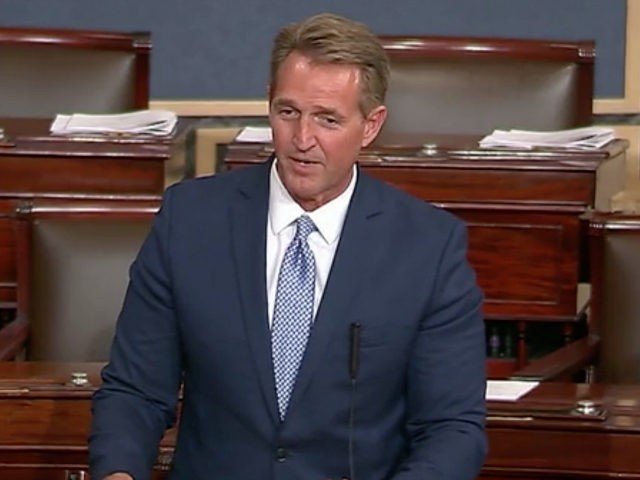 The Senate Judiciary Committee voted 11-10 Friday to recommend Judge Brett Kavanaugh to be the next associate justice of the U.S. Supreme Court, with Sen. Jeff Flake (R-AZ) making a last-minute stand that the final full-Senate vote be delayed for not more than one week.

Flake agreed to join with fellow Republicans Friday morning, only to retreat to the committee anteroom for nearly an hour to conference with Democrats before the vote. When he emerged for the vote, chairman Chuck Grassley (R-IA) allowed Flake to speak. Flake then announced he would vote yes on Kavanaugh for committee recommendation but with the stipulation that he would support another delay before the Senate floor vote that otherwise could have taken place as soon as Monday.

Flake was unequivocal that the delay, to allow additional investigation by the FBI, be limited to no longer than one week, meaning a final vote by next Friday. He also insisted the investigation be “limited in scope.”

When President Donald Trump earlier this year nominated Brett Kavanaugh, a federal appeals judge, to fill the vacancy on the Supreme Court left by the retirement of Justice Anthony Kennedy, it immediately created a horse race for Senate Republicans to lock down at least 50 votes in his favor. Meanwhile, Senate Democrats are looking to block the nominee.

Posted by Brock Townsend at Friday, September 28, 2018 No comments:

The Kavanaugh Battle Is The Culmination Of Unanswered Leftist Kulturkampf The most powerful segment of the Fox interview of Judge Brett Kavanaugh came when he was almost on a breaking point, on the verge of tears, defending his name and integrity. Here’s a lifelong family man, with a stellar judicial record, supported by his clerks and hundreds of other colleagues, highly recommended by the bar associations, facing Kafkaesque charges and concerted character assassination from Democrats, media, and activists.

Imagine yourself in his position. Anyone with even an ounce of dignity, who has worked all his life to reach this point, now faces charges that would lead any weaker man to near-fatal depression. I have been covering politics and elections since 2008, in three different continents, and writing for American publications ever since January 2011, and I have never seen such craven Senate Republican leadership cowering under Democratic skulduggery.


More @ The Federalist
Posted by Brock Townsend at Friday, September 28, 2018 No comments:

Is Dr. Ford Tied to the CIA?

We Have The Votes: That’s the ball game, folks. 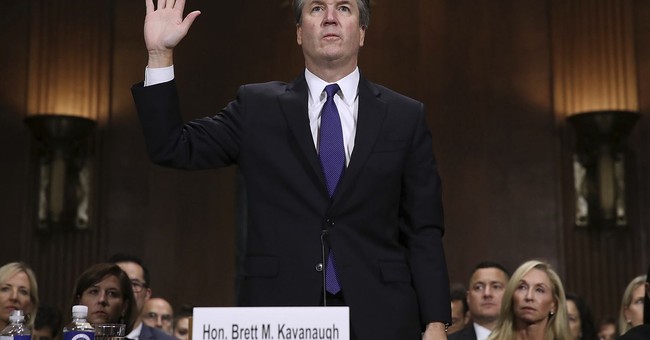 With the Senate Judiciary Committee holding a vote at 9:30 A.M. tomorrow, a Senate insider has told Townhall that Kavanaugh has the votes to make it out of committee and the votes to be confirmed on the floor for a seat on the U.S. Supreme Court. Sens. Flake (R-AZ), Collins (R-ME), Murkowski (R-AK), and Manchin (D-WV) are expected to vote in favor of Kavanaugh. All the Republicans are voting yes. Also, in the rumor mill, several Democrats may break ranks and back Kavanaugh. That’s the ball game, folks. 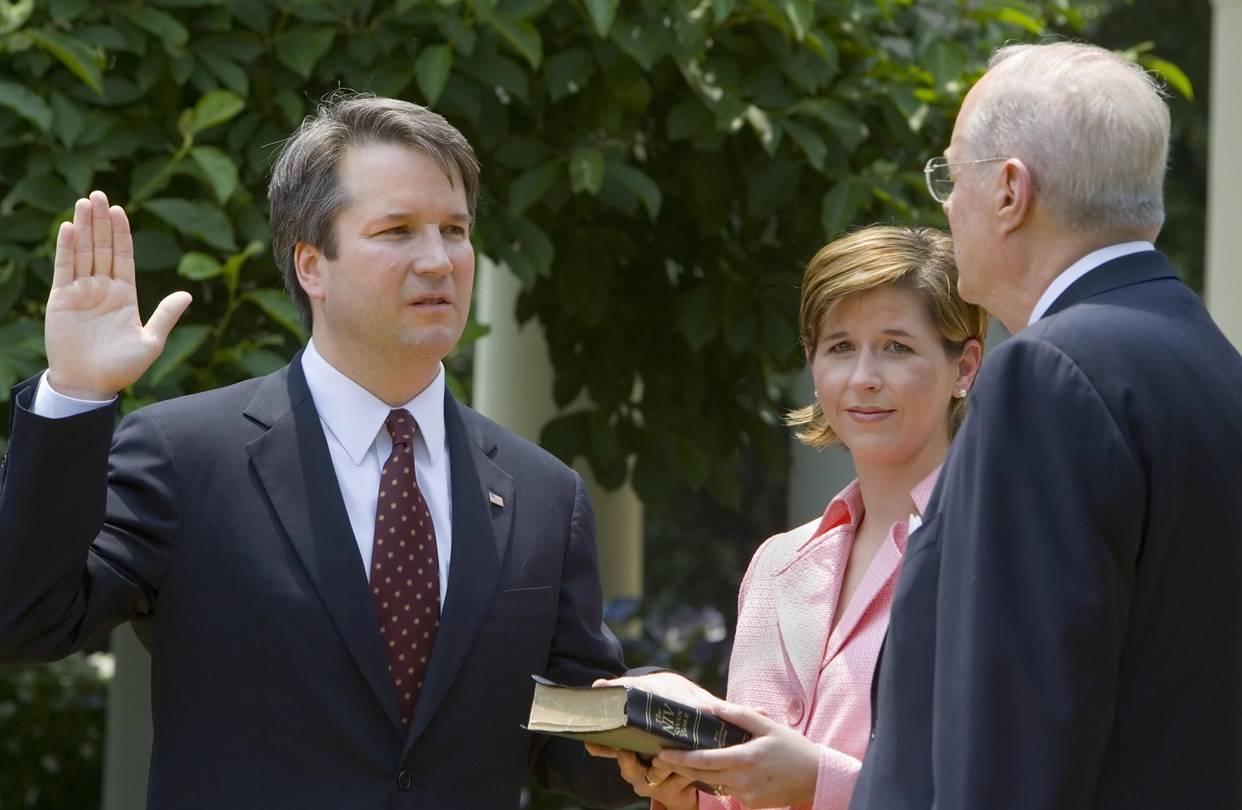 “It’s time for Senators to stand up and confirm Brett Kavanaugh.”

Thursday’s Senate hearing on Brett Kavanaugh’s Supreme Court nomination was an embarrassment that should have never happened. Judge Kavanaugh was right to call the confirmation process a “disgrace” in his passionate self-defense, and whatever one thinks of Christine Blasey Ford’s assault accusation, she offered no corroboration or new supporting evidence.
…
As for Judge Kavanaugh, his self-defense was as powerful and emotional as the moment demanded. If he was angry at times, imagine how you would feel if you were so accused and were innocent as he says he is. To deny the allegations as he did—invoking his children and parents and so many others who know him—and be lying would mean that he is a sociopath. If he were found to be lying, he would be impeached and probably prosecuted. Nothing in his long record in public life betrays the kind of behavior he is accused of against women.

Pedophilia Isn’t The Main Problem With Catholic Priests, Homosexuality Is 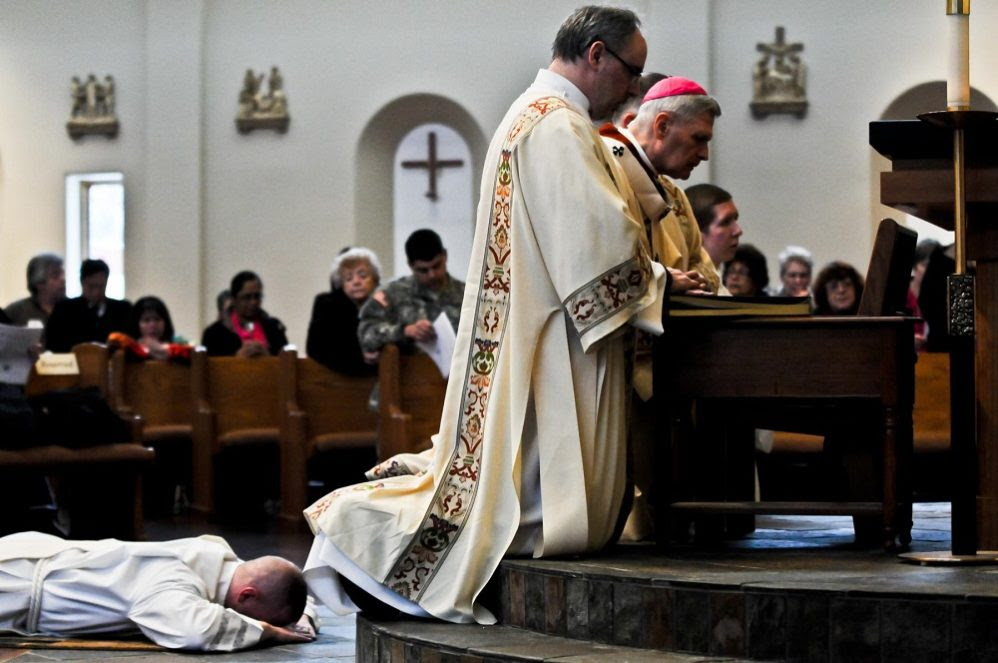 Inadequate—and blameworthy—are expressions of sympathy for the abused that disguise the elephant in the rectory. The first responsibility is to call things by their right name.

The editorial board of the New York Times declared it had identified the source of “The Catholic Church’s Unholy Stain.” It names pedophilia and asks: “How have so many pedophiles been allowed into the priesthood?”

The question was purely rhetorical because the board had an answer ready. It cited the usual grounds: “the all-male priesthood and the celibacy imposed on Catholic priests; the elitism, careerism and clericalism of the church hierarchy; the lack of transparency or accountability among bishops.” Most damning is “the power a man of God has over a child.”

George W. Bush Is Whipping for Kavanaugh and the GOP Thinks It Has The Votes

Republicans who were fretting at noon yesterday now think they have a majority vote for Kavanaugh.


More @ The Maven
Posted by Brock Townsend at Friday, September 28, 2018 No comments:

"The Democrat members of the Senate Judiciary Committee are, to a member, unspeakably vile."


Thursday's Kavanaugh hearings were compelling, heartbreaking, enraging, and disgusting. It was a naked display of the depths the Democrats on the committee will go to in their attempts to destroy a good man...while blithely also ruining the life of Christine Blasey Ford, who they callously used as an expendable political pawn.

Dr. Ford's testimony about an attempted rape 36 years ago was riveting, emotional, and made a convincing case that she believed what she was saying. But over the course of the hearing, it became quite clear how ruthlessly and dishonestly she has been used by the Dems.