Dershowitz: Cohen Doesn't Understand The Difference Between Wrong And Illegal: "A president is entitled to make campaign contributions to his own campaign."

'They Put Him in a Cage and Shot Him': Turley Says Gen. Flynn's Indictment a 'Canned Hunt'

Always ready to set the record straight, Harvard law professor Alan Dershowitz is poking holes in former Trump attorney Michael Cohen's claims that the then-candidate illegally instructed him to pay hush money to his alleged paramours for the campaign.

In an exclusive interview with ABC on Friday, Michael Cohen not only told George Stephanopoulos that President Trump instructed him to pay off his mistresses but also knew it was the "wrong" thing to do.

Why do Southerners continue to fall into that trap where we only talk about the years1861-1865?  There are almost 400 years of Southern culture to talk about, yet we keep limiting ourselves to just four of them.  And it doesn’t matter how much of an expert someone becomes about Fredericksburg, Yankees will always have that same ace-in-the-hole comeback, “You lost.” But music is different.  Music is a decisive cultural venue where Yankees simply don’t stand a chance. Two of the poems I most admire are very short. One is simply a name – Shoeless Joe Jackson. Read it aloud and feel the assonance and alliteration. The other is a phrase Say it ain’t so, Joe, delivered sadly, with its final rhyme. There is a mythic quality in both of these poems.

The name, Shoeless Joe Jackson; the actual historic figure born in the rural South; his bat, Black Betsy, and his role in the 1919 Black Sox Scandal; the wounded plea of a small boy on the courthouse steps; and baseball itself-are all the stuff of mythology. And mythology is sort of a hanging curveball for writers and film-makers.

Born in Pickens County, South Carolina, around 1888, give or take a year (the Jackson family Bible, which recorded such events, was destroyed in a fire) Joe Jackson, by all accounts, was a remarkable natural athlete. 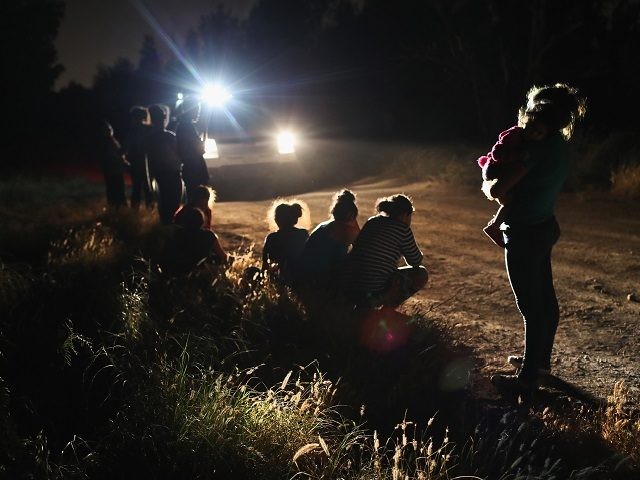 CBP officials stated that the father of the seven-year-old girl who died in Border Patrol custody on December 7 claimed she was in good health until seven hours after they were apprehended. The father made mention of the girl being sick as they began a two-hour bus ride from the forward operating base to the Lordsburg Border Patrol Station.

Officials with U.S. Customs and Border Protection told reporters on a national conference call that the young girl was part of a large group of 163 migrants who illegally crossed the border at the Antelope Wells Port of Entry at about 10 p.m. on December 6. The port of entry was closed at the time of the crossing and the migrants entered the U.S. illegally, officials stated. In addition to large numbers of Family Unit Aliens (FMUA), the group contained at least 50 Unaccompanied Alien Children, according to the source who spoke on background.

Robert Mueller’s special counsel’s office reviewed Peter Strzok’s text messages from during his tenure at the FBI, but those text messages are obviously not going to see the light of day.

By some mechanical manipulation, the text messages for both Strzok and Page are gone, baby, gone, according to a new inspector general’s report. The Mueller team is specifically responsible for the scrubbing of the Strzok phone, while the explanation for the Page phone is a bit more muddied.

In a new twist, a U.S. District Court judge has ordered special counsel Robert Mueller to hand over all secret documents related to the questioning of former National Security Adviser Michael Flynn.

Flynn's legal team claims the Federal Bureau of Investigation urged the retired United States Army lieutenant general not to bring a lawyer to an interview with agents at the White House in January 2017. Flynn has since pleaded guilty to one count of lying to prosecutors and is scheduled to be sentenced on Tuesday.