CBM: "Don't come down here complaining about the way Carolina is, love it or leave it, we love it just the way it is."

War is, in fact a nasty, dirty business.  People you never met are perfectly willing to kill YOU, personally.  And in some of the most unpleasant manners imaginable.  Life as a Soldier is . . . demeaning, demanding and desperate.  There are no 'Rest Stops' or other amenities.  Often times you'll eat your crackers sitting on the corpse of a recent enemy, or even a friend.

There's no pity,  no civility, no decency in it.  You'll find chunks of humans hanging in trees or smeared on the pavement.  You find yourself hiding in a hole with a ripe corpse, you may flop down to avoid machine gun fire and land belly first in a grisly pile of gore that was a young man not long before.  You may be stealthily moving through the woods at night, and suddenly your boot finds some slippery ball of some other guy's guts.  Battlefields stink, of shit, and rotten meat, and of blood, fresh and dried, burnt flesh and rubber, diesel and hot metal, wood and weeds.  You may find yourself working through a sewer system, 'sanitary' or storm, matters little, it'll be dark, damp, and filthy.  The stinks are indescribable. Oftentimes, in an urban area, you'll be forced to crawl through god knows what, in a dark and confined pipe . . . you'll be consumed with the fear of the pipe wall collapsing, leaving you entombed, to die slowly.

Sometimes you'll be advancing on your enemy's position and have your buddy's brains spattered over your face.  High velocity bullets do that, the skull explodes.  Other times some poor bastard will be crawling along in his own guts, trailing out behind all purpley and stringy.  Another time you might be the one to try to administer First Aid to a guy you know, a guy from your squad.

One look will tell you it's hopeless, but his eyes beg for you to try.  So you do.  He asks that you stay with him, but you're afraid they have this spot 'zero'ed' and you want to get the hell off the dime as quick as you can.  Your call.  If you do and he dies with company and what little peace that gives him, you may be next.  Or not.  It's a crazy crap shoot.  You just don't know.

Soldiers have trouble with bodily functions, sometimes you can't shit at all, and other times, you can't stop.  I went once 22 days without taking a crap, and when I finally did, it hurt like hell.  Fear, stress, the bad food, all that.  Once you hit the bush, there's no regular meals; 'C' rations in my day, eaten cold . . . if you got 'em.   GI Crackers and GI peanut butter.  Guaranteed to dam up a Goose.  Water comes where you find it - strain it through a sock, throw the pills in it, swish it around, hold your nose and shut your yes and drink.  Kind of like swiggin' Mom's laundry water.

Every Soldier must have a spade, trowel, some digging implement.  As soon he stops, he scrapes out a shallow pit for himself, piling the spoil in front of his position.  As soon as he's able, he digs it deeper, again reserving the dirt for his berm.  This goes on as long as he's on that spot.  When the word comes to move, he just leaves it and is ready to it all again a hundred yards down the road.  So a round point spade with a short, sturdy handle works well, sometimes a square point shovel will work, depending on the soil.  Sometimes it takes  a pick and mattock, which you won't likely have.

A good field knife is a blessing.  One with a thick blade and a full tang.  I like Carbon Steel 'cause it's easier to sharpen.  There won't be many Close Quarters Knife fights, at least with the enemy; so pretty fighting knives are just decorations.  And weight.  Don't carry any more than you need.

The guys in the Sandbox and the rocks, carry every damn thing imaginable and end up humping 100#'s or more.

Water's heavy and you need it, nobody's perfected powdered water yet.  Two canteens minimum, I kept a two quart canteen in my ruck, in addition to the two on the belt.  Camelback's work, but water's still heavy. If you're planning on eating MRE's you'll need a lot of water, that shit's DRY.  Vitamins, Allergy pills, IFAK, gotta haves.  Have your glasses on a headband, so you won't lose them too soon.  Hard candy, like Jolly Ranchers is good.  Tea Bags . . . tea has more caffeine than coffee.  TP is good, or n equivalent substitute, keep it dry, in a zip lock bag.  Mash a half roll flat.

Have clothes to suit the weather.  Sturdy pants and boots, have extra socks.  Alternate daily.  Gloves, hat, shemagh if you like, they come in handy at times.  Or a good yard square bandana, like Cowboys use,  Get some women's 'Knee Highs' to wear in cold weather, Panyhose is good, too.  Layer in winter.  Wool is warmest, even when wet, but wool's heavy, too.  Fleece is nice to have.

You're gonna sleep and fight in the same clothes, eat, shit and die in the same clothes, so be prepared for that.  You'll stink like a Polecat, and itch and have lots of little friends everywhere you never knew existed.  Soldierin's a bitch, buddy, does this Republic matter that much to you?   No matter, if they win, they win it all.  You get worked to death or just plain shot.  You don't really have
a choice in this, do you?  Well, yeah, I guess you do.  If your life is more valuable than your daughter's innocence; your son's life, your wife's safety, then, I suppose you can crawl back into the truck and 'guard the duffel bags'.

So, all my brave hearties, speak as you will of marching forth to crush the enemies of the Republic, of Christ, of whatever god you name, but know that all I've said above . . . and worse, will find you out, at one time or another. 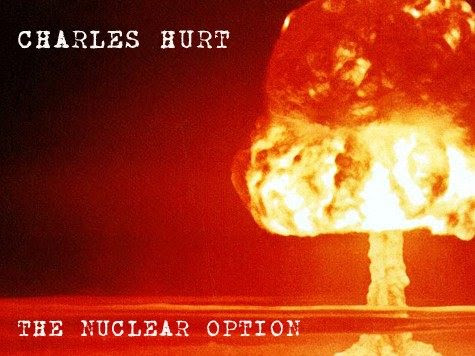 Every time the Washington political press freaks out and goes into full panic mode against President Trump, the blockbuster, Watergate-volume story always unfolds the same way.

First, the news starts leaking or breaking. Newsrooms from the Potomac to the Hudson become seized and fixated on every morsel of the delicious story. News flashes zing around the internet.

Then it hits cable television and the press starts slinging the most salacious and scandalous accusations they can whip up, charging the president with the highest crimes imaginable.


Each time, these reporters sink deeper and deeper into a fantasyland as they dream bigger and bigger. THIS TIME, they keep thinking, we FINALLY got him!
Reporters and Democrats alike — not to repeat myself — are actually now speculating about whether Mr. Trump will survive the certain impeachment hearings to come.

But then, as the heavy breathing subsides and the adrenaline rush gives way to factual, concrete reporting, the most damning charges fall away.


More @ Breitbart
Posted by Brock Townsend at Saturday, May 13, 2017 No comments:

THE SUICIDAL INSANITY OF WHITE GUILT 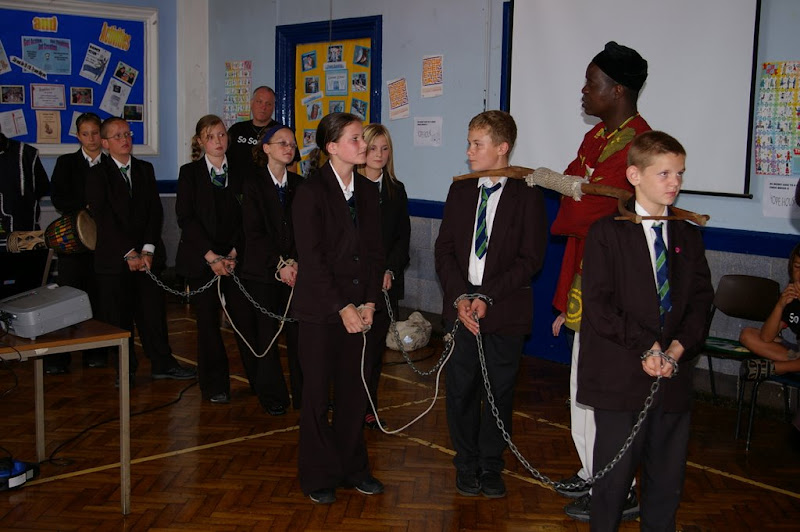 Do you know,' he (Lindemann) asked, 'what the future historians will regard as the most important event of this age?’


These negatives seemed very comprehensive. He put on an expression of extreme severity and turned down the corners of his lips: ‘It will be the abdication of the White man.’ Then he nodded his head up and down several times to drive home his proposition."


This sounds like a joke and really should be a joke, but is, in fact, a real event that happened in Portland (of course). Heather Franklin, a social justice warrior (SJW) who resides in Portland, went shopping at a local store and had a full-fledged flip out over a rug for sale that had a Confederate flag on it. Then she filmed it, complete with hysterical, contrived sobbing for all of us to laugh at. The sobbing began when a man she had just accused of being a racist and of enjoying "black rape" followed her out of the store and filmed her from a great distance. One can only surmise he was filming her to make sure she wasn't doing damage to the property after verbally freaking out inside the store and trying to manufacture a hate crime.  The shameless lying in this video is absurd.

U.S. State Department: 900 flights for refugees to the U.S. are being scheduled every week.

Senators Biden and Kennedy are responsible for the UN/US Refugee Admissions Program. See list below of other Senators deeply involved in 1979.

There is a short news item at Delaware Public Media about how a Jewish refugee agency in Delaware is waiting for seven families (likely Muslim families based on their country of origin) they hope they will soon be settling in Delaware—the First State.  So I thought I might revisit a topic I haven’t discussed for a long time and that is the origin of the Refugee Act of 1980.

But, first here is a portion of the short piece at Delaware Public Media:


The state of Hawaii’s stay on Trump’s second travel ban suspends the FY17 cap for refugees – currently set at 50,000. I don't understand why.

100 Best Things to do in Austria 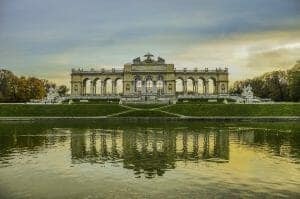 Hidden in the heart of Europe lies the land of emperors, waltz and schnitzel. A paradise for skiers, hikers and city lovers all in one. From the steep hills of the Alps to the magnificent palaces of Vienna, every tourist can find something just to their taste.

Austria is the home of famous classical composers like Mozart, psychologist Sigmund Freud and architect Hundertwasser. Its history is rich with wars, splendor and intrigue. The rich culture, which has produced countless pieces of art, music, plays and books is present throughout the country. And for the foodies: get ready to enjoy the delicious local cuisine.

Below we have gathered the top attractions as well as the best-kept secrets, hidden places and off-the-beaten track surprises to make your stay in Austria unforgettable.

America may be first, but let Austria be second. Let’s take a look at what you should not miss when you visit the “eastern realm”: