In testimony, former FBI Director James Comey contradicted the claim made during previous testimony by former CIA Director John Brennan that the anti-Trump dossier was “not in any way used as the basis for the intelligence community’s assessment” that Russia interfered in the 2016 presidential election.

A January 6 U.S. Intelligence Community (IC) report released by Comey’s FBI, Brennan’s CIA and the NSA under Mike Rogers assessed that Russia attempted to interfere in the 2016 presidential election. It also claimed that Russia worked to aid Trump’s electoral victory.

The Mexican government responded to the release of a video capturing the deadly ambush of four police officers in October 2018, which was recently leaked via social media.

The Ministry of Security and the Office of the Attorney General of the State of Mexico said they are investigating the release of the video, which was seized as evidence and was otherwise in the possession of authorities, according to local reporting. The video depicts the ambush killing of four officers of the Secretariat of Security of the State of Mexico (SSEM). They were traveling on a mountain road in the municipality of Almoloya de Alquisiras on October 28 of this year at the time of their deaths. A spokesperson for the Attorney General’s Office said the video was seized from one of the suspected perpetrators of the ambush who was detained by elements of the state police.

The shocking video, which began to circulate on social media, is split into two segments. The first captures a group of approximately seven cartel gunmen believed to belong to La Familia Michoacana with their faces uncovered, dressed in tactical vests, and armed with rifles on an elevated ambush position looking down toward a dirt road, where they anticipated the passing patrol. The second segment captures the actual ambush. 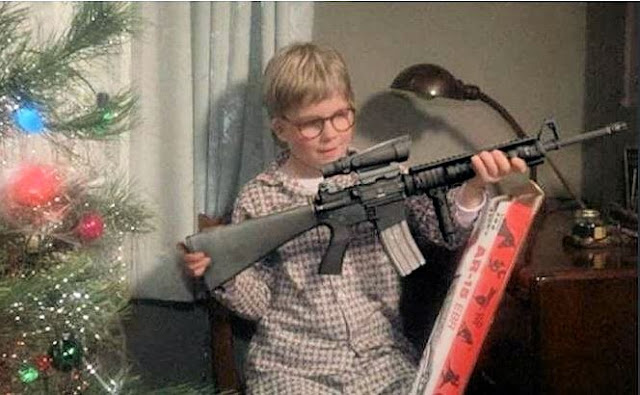 I watched with amusement the past few days as the news media savaged President Donald Trump, first for forcing some ex-generals off his team and then for drawing down troops from the conflicts in Syria and Afghanistan.

My colleagues at many publications and networks were in full-throated hysteria, suggesting the nation is approaching the brink of disaster. Some actually used that very word.

Things sounded so dire that I almost felt like I was reading a chapter from the Book of Revelations or a script from a new Bruce Willis movie. Take, for example: