To All The Petulant Children Of The NFL Players Association

Via comment by JWMJR  on Confiscating Guns = Belling The Cat 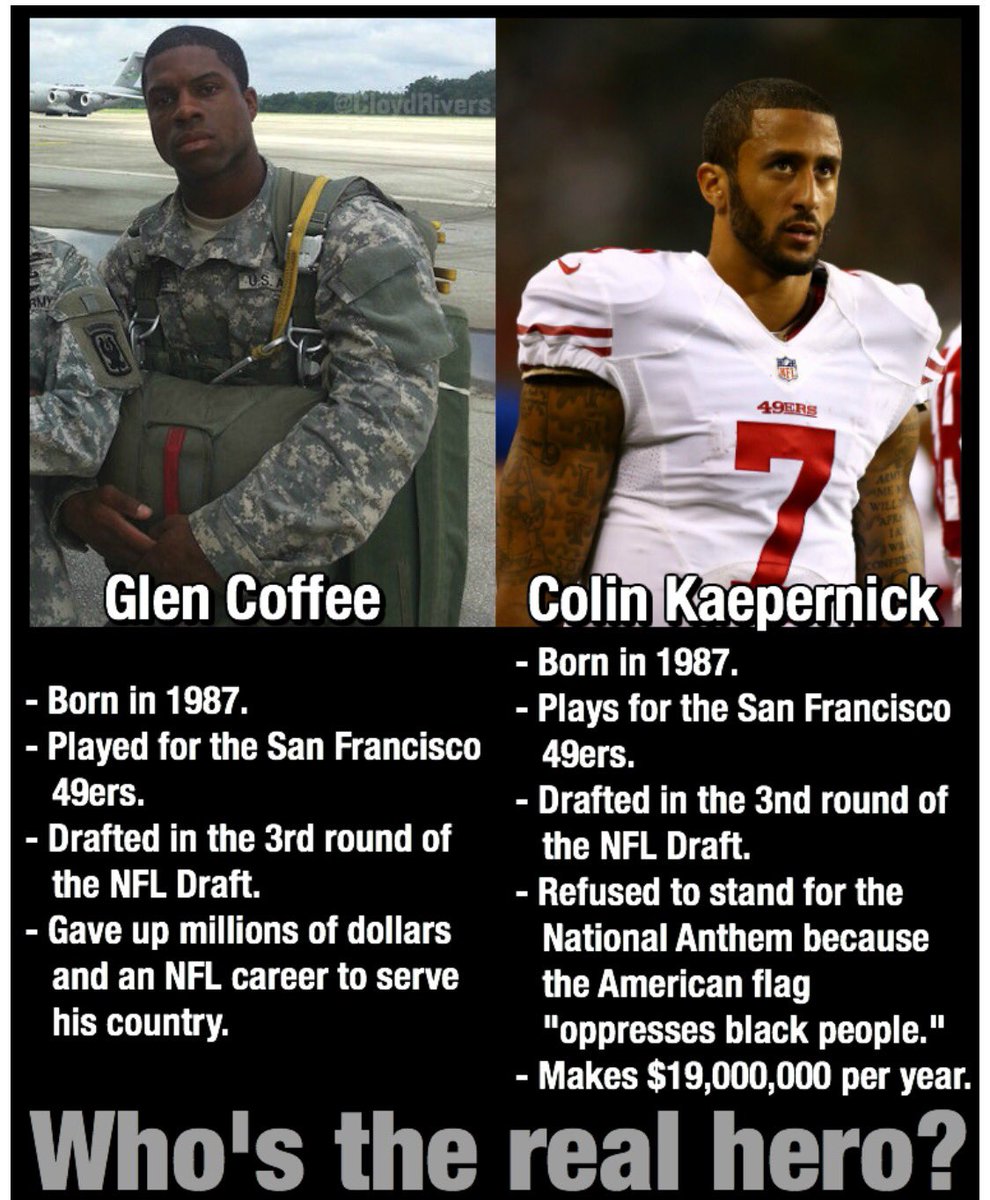 Is it the NFL the (former) fans are angry with, or is it you, a bunch of overpaid, self-absorbed, athletes that they have simply had enough of? Or perhaps both? Face it, you characters have been pampered, catered to and all but worshiped since at least high school.

Many of you apparently think that the whole world needs to accede to your political will. Guess what ass holes, we don't and we won't. The reaction to your childishness has been the essence of capitalism and democracy. Voting with our feet, our wallets and turning of the TV!

ANTIFA Plans Nationwide Anarchy On November 4th. Here’s Where and How:

ANTIFA wasn’t very smart since they are openly planning for anarchy on November the 4th, 2017, and President Trump and Attorney General Jeff Sessions should be fully prepared to investigate. Maybe even prepare all out raids  in four major American cities. Share this list because ANTIFA stupidly put out this list on their website refusefascism.org.

Recently, DailyPresser uncovered a report that found an ANTIFA manual that was found on the Evergreen College Campus in Washington. The details are disturbing, including the phrase, “When all else fails, compare someone to Hitler.”
We can actually prevent this staged anarchy, and how about we all make a bet right now it’s the usual suspects behind the funding and supporting of this ANTIFA operation coming up on November the 4th.

Stepping out from behind the podium, comfortably walking about the stage, Bannon gave a forty-minute-long speech covering a myriad of issues that began with effusive praise of President Trump, the importance of winning and how victories beget victories, and about the great challenge ahead in taking on the, “corporatists, lobbyists, consultants, and the politicians they control.”

In referring to his work with President Trump, Bannon said early in his remarks, “I’ve had the honor of being the CEO of his campaign, the chief strategist in the white house — and now I’m proud to say his wingman outside.”

“Donald Trump has been an existential threat to the system,” Bannon declared to overwhelming applause from the audience.

CBM: One of the Best: Johnnie Taylor - A Love To Call My Own

A Vision of Civil War

There are many reasons why the United States of America will become un-united and the facts can be viewed through many different lenses. One lens is through the NFL issue. Where sycophants of Colin Kaepernick say they kneel during the national anthem to draw attention to the inequality of minorities in America, specifically blacks, that rings hollow to the veterans, police officers and patriots of America (many of whom are blacks themselves) who recognize the flag and the national anthem as symbols of freedom and justice. The protests, therefore, must be against America and a criticism of the values America espouses, whether it is always faithful to those values or not. It is, like it or not, a question of American allegiance or rebellion.

Another lens is through the freedom of religion issue.

Thanks For The Memories

Bill O'Reilly's spokesman fires back: New York Times trying to keep him off the air with 'unsubstantiated allegations'

"In its latest diatribe against Bill O'Reilly, the Times printed leaked information provided by anonymous sources that is out of context, false, defamatory, and obviously designed to embarrass Bill O'Reilly and to keep him from competing in the marketplace," Mark Fabiani said in a statement to CNN on Saturday.

Most reporters and editors are liberal — a now dated Pew Research Center poll found that liberals outnumber conservatives in the media by some 5 to 1, and that comports with my own anecdotal experience at National Public Radio. When you are liberal, and everyone else around you is as well, it is easy to fall into groupthink on what stories are important, what sources are legitimate and what the narrative of the day will be.

This may seem like an unusual admission from someone who once ran NPR, but it is borne of recent experience. Spurred by a fear that red and blue America were drifting irrevocably apart, I decided to venture out from my overwhelmingly Democratic neighborhood and engage Republicans where they live, work and pray.

As seen at Slate:

TL;DR: The Second Amendment doesn’t say how many guns you can have. Nobody needs more than two guns. If someone wants a third gun, it’s full NFA procedures and taxes.

Doug Pennington notably does not address how to figure who might have more than two firearms. Nor does he explain how the powers that be will go about collecting the extant extras. Certainly he isn’t volunteering to collect them; possibly he’s seen my observation regarding the wisdom of kicking in millions of door because the occupants are well-armed.

Wacky Congresswoman Wilson is the gift that keeps on giving for the Republican Party, a disaster for Dems. You watch her in action & vote R!

President Trump said on Sunday distrust in the media was "finally sinking through," after a week in which his White House was at odds with the press over Trump's dealings with Gold Star families.

Media darling and Alt-Right leader Richard Spencer ran his own Discord chat server, where he required that Alt-Right members submit photographs and detailed personal information about themselves, before they were allowed to join the group planning the Charlottesville attacks.

We have already exposed how Spencer’s close friend and fellow Charlottesville rally organizer Jason Kessler watched while the terrorist attacks were planned on his personal Discord server.
On October 8th, revealed that Richard Spencer employed his close friend, and suspected pedophile, “TheBigKK” to gather data and require photographs of everyone connected to the Charlottesville rally on August 12th. Spencer required these measures to be taken in order to extract EXIF geotagging data from the images, so that he could obtain the home addresses of his recruits.

Still looking good, but H and Southern Comfort got to her.  Dead at 27.  What a shame.