While schoolchildren and some food vendors are still enjoying the rest of Tet holiday, vacation is officially over for the majority of Vietnam’s office workers. On the first day of work after Tet, let’s take a moment to wind down and take a field trip back to old Vietnam to see how our ancestors celebrated the biggest annual holiday.

This photo collection, compiled by image archivist extraordinaire manhhai, features a few scenes of Tet in Saigon in the 1940s and a plethora of snapshots taken on Hanoi streets in the late 1920s. Despite some differences in the way residents of the two metropolises prepare for Tet, citizens nationwide agree that with a new year comes new opportunities and time to relax, be it with festive activities or just hearty comfort food.

As evidenced by the photo montage, even back then, Lunar New Year has always been a time for splurging on home ornaments, flowers, and fruit displays to ensure that one’s household welcomes the new year with the best looking homestead and most joyous attitude. The latter could be spotted in shots of lion dance routines performed in Saigon and family gatherings in Hanoi.

"I know we were going to storm the Capitol"

"I know we were going to storm the Capitol"

John Sullivan is confronted about his father being in "psyops" 🤯

He says, "I know we were going to storm the Capitol" admitting BLM, Antifa, & Insurgence USA were involved! pic.twitter.com/38PYNlOtBK

A Night to Remember The diary of Emma LeConte is one of the best known documents chronicling the sack and destruction of Columbia, South Carolina. On February 17, 1865, the city surrendered to the besieging army of General William T. Sherman. His soldiers pillaged the city throughout the day and in the evening set fires that would destroy much of the place. Emma LeConte’s family resided on the campus of South Carolina College (now the University of South Carolina), and because there was a hospital there housing some Federal soldiers as patients, this area was mostly spared from the flames.

They can dish all they want, but Trump won't quit

But the tea party leader also does not expect Donald Trump to give up. He calls the impeachment effort "a total fiasco" and "a total lie" that is being exposed.

An Ohio tea party leader believes the Democrat and Republican enemies of Donald Trump plan to try and wear him down until he just gives up.

The impeachment trial is over, and with the Senate vote falling short of the needed two-thirds, Democrats have failed to convict the former president on the charge of inciting an insurrection – something they hoped to do in order to preclude him from running for office in the future.

During a recent podcast, Tom Zawistowski, president of the tea party-affiliated We the People Convention, said this was all about politics.

"Why is congress trying so hard to make sure Trump can not run again, knowing that they now can rig any election with impunity?" 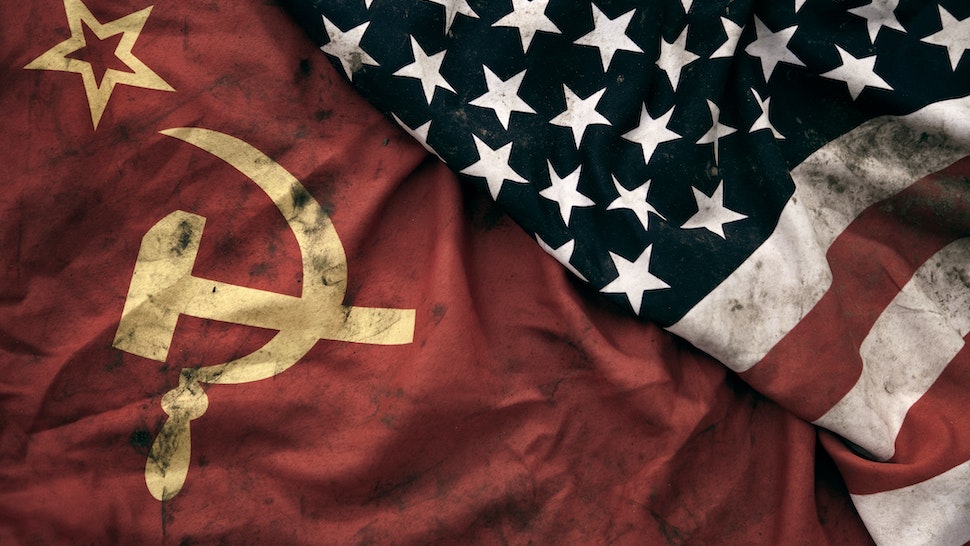 Fifth graders in Philadelphia, Pennsylvania, were subjected to a celebration of “black communism,” complete with a mock Black Power rally to honor devout communist Angela Davis.

Christopher Rufo, contributing editor at City Journal, reported on the classroom activities after receiving whistleblower documents and speaking to a school source. Students at William D. Kelley School were forced to participate in a social studies curriculum that celebrated Davis, “praising the ‘black communist’ for her fight against ‘injustice and inequality.’” Students were required to “‘describe Davis’ early life,’ reflect on her vision of social change, and ‘define communist’—presumably in favorable terms,” Rufo reported. Flynn: Well, I would tell you that, first of all, regarding the pardon and regarding the entire Mueller investigation, if there’s one thing that I have personally witnessed and the American public has witnessed throughout the last four years, was incredible levels of corruption inside of our Department of Justice and the FBI and other elements within our U.S. government. I certainly faced that up close and personal. And I really, from a real positive note, I really want to say thank you to the American public for sticking by my side and my family’s side throughout the entire persecution that we faced, which was clearly unprecedented.

General Mike Flynn sat down with my friends over at The Western Journal today for an hour-long interview.

And as you can imagine, it was excellent!

They covered a ton of ground, including that infamous December 18 meeting in the Oval Office with Flynn, Powell, Byrne and a couple others.

Tucker: Elites pushing 'green energy' are out of touch with America

Via taminator013 "I never thought much about Cajun music until I saw the film "Southern Comfort" back in the early eighties and was kind of blown away by how great it was. The Balfa Brothers, who were mentioned in the article were featured doing a kick ass tune."

“The political history of the last 30 years would have been different without him and his huge audience,” Mr. Hayward said. “There are many other fine conservative radio hosts, but Rush stands apart. He was the Babe Ruth and Tom Brady of talk radio.”

One of America’s most distinctive and politically formidable voices fell silent Wednesday when talk radio host Rush Limbaugh died from lung cancer. He was 70 years old.

Mr. Limbaugh virtually created the position of conservative talk radio host, and the medium made him both an architect of the modern right in the U.S. and a very wealthy man. Week after week, from his “golden microphone” and studio in “sunny southern Florida,” Mr. Limbaugh’s often trenchant and humorous — and almost as often controversial — three-hour weekday show delighted conservatives and infuriated liberals.

“Rush Limbaugh was an American original — an innovator, a visionary and a true patriot,” said Laura Ingraham, the Fox television host and conservative pundit whose career followed a path blazed by Mr. Limbaugh.