At least 15 people were killed and another 20 wounded at a shooting on Thursday at a community college in Roseburg, Oregon, media reported.


A Douglas County commissioner told CNN that the shooter had been taken into custody. CNN reported that one of the wounded was a female who had been shot in the chest.

A spokeswoman for the Douglas County Sheriff's department confirmed to Reuters that there was a shooting at the Umpqua Community College campus in Roseburg. The spokeswoman had no further details.

"Active shooter scene is code 4. Multiple casualties all pt's transported," the Douglas County Fire Department said in a tweet. Multiple ambulances were reported to be on scene.

Via Hans "I submit this thread for discussion around the fire at PATCON ...  :>)"

Hurricane Joaquin may not make landfall in the continental United States, according to Immigration officials. Representatives from La Raza and LULAC are preparing a case in support of undocumented Latino weather events coming to do the work that American weather won't do.
Posted by Brock Townsend at Thursday, October 01, 2015 4 comments:

NC: ILLEGAL ALIEN SEXUALLY Assaults 11-Year-Old Daughter and Wife on Same Day, BUT It gets worse…

On Monday, Alberto Lucero, 45, pleaded guilty in New Hanover County Superior Court to one count each of the rape of a child and taking indecent liberties with a child.

He was originally charged with multiple counts of child sexual assault, but those were dropped in exchange for his guilty pleas.


Not only did DNA evidence tie Lucero to the crimes, but he also admitted to detectives that he sexually assaulted the victim multiple times.


The girl was raped repeatedly over a period of several years, according to investigators.

Lucero was sentenced to between 41 to 59 years in prison.

Russian general to U.S.: We're bombing Syria in an hour. Get out of the way. Sec'y Kerry: We need a deconfliction discussion. 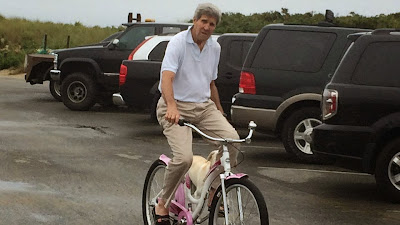 After accusations that Russian fighter jets targeted moderate rebels today in Syria rather than ISIS strongholds, Secretary of State John Kerry and Russian Foreign Minister Sergey Lavrov held a brief afternoon press conference at which they delivered statements and left without taking questions.

These people are insane. Gizmodo has a new podcast up discussing the work of Professor Mike Liao and his 2012 paper on the feasibility of genetically engineering humans to fight global warming. For real:

Modifications such as a genetically added allergy to meet and the breeding of smaller humans:

Russian warplanes began bombarding Syrian opposition targets in the war-torn nation's north Wednesday, following a terse meeting at which a Russian general asked Pentagon officials to clear out of Syrian air space and was rebuffed, Fox News has learned.

A U.S. official said Russian airstrikes targeted fighters in the vicinity of Homs, located roughly 60 miles east of a Russian naval facility in Tartus, and were carried out by a "couple" of Russian bombers. The strikes hit targets in Homs and Hama, but there is no presence of ISIS in those areas, a senior U.S. defense official said. These planes are hitting areas where Free Syrian Army and other anti-Assad groups are located, the official said.