Identifying streets and neighborhoods of Saigon based on old pictures might seem like a skill exclusively reserved for those who have lived through the eras, but at times it’s like a fascinating game of nostalgia jigsaw.

Take these photos of Saigon in 1965 taken by American serviceman Bruce Baumler for example. If an enduring landmark is present, it’s painfully obvious — like the majestic façade of the Saigon Opera House or the eclectic palette of Cao Thang’s shop signage. Otherwise, the power of memory is the only assistant in one’s quest to decipher the true location these street photos were taken.

Original material for Southern history has been so scarce at the centres where American historiographers have worked, that the general writers have had to substitute conjecture for understanding in many cases when attempting to interpret Southern developments. The Federalists of the South have suffered particularly from misrepresentation and neglect. Their Democratic-Republican contemporaries of course abused them; the American public at large in the following generation was scandalized by the course of the New England Federalists, and placed a stigma upon all who bore or had borne the name of Federalists anywhere; no historical monographs have made the pertinent data available; and the standard historians, with the exception of Henry Adams, who has indicated a sound interpretation in the form of conjecture but who has given no data, have failed to handle the theme with any approach to adequacy. The South Carolina group appears to have been typical of the whole Southern wing of the Federalists; and because of the greater fullness of the extant documents and the more apparent unity of the theme, the present essay will treat of the origin, character and early career of the party in the state where it was most prominent, rather than in the Southern region at large.


More @ The Abbeville Institute
Posted by Brock Townsend at Wednesday, June 26, 2019 No comments:

Radical Experiment in the District On January 4, 1867, President Andrew Johnson was preparing his veto of the District [of Columbia] Suffrage Bill, telling his cabinet of issues with the Bill. He pointed out that “New York Negroes were obliged to comply with property requirements not necessary for white voters”, while other Northern States like Pennsylvania and Indiana excluded them from voting altogether.”  It was clear to Johnson that the motivation for Negro suffrage was the voting potential they held, and the potential for Republican Party political hegemony in the future.  This led to virtually unbroken Republican national rule until Woodrow Wilson.

Johnson added that “the representatives of States where suffrage is either denied the colored man or grant [voting rights on qualifications being met] . . . should compel the people of the District of Columbia to try an experiment which their own constituents have thus far shown an unwillingness to test for themselves . . .”  It is noteworthy that when the Emancipation Bill of April 1862 provided freedom for colored people in the District, which also compensated their owners, Lincoln insisted that the measure be coupled with a $100,000 appropriation to settle the freedmen in Haiti and Liberia.
www.Circa1865.org   The Great American Political Divide

Radical Experiment in the District

“The question of voting by Negroes had become by this time a burning national issue and one on which the Republican Party was by no means unanimous. Even in the North only six States permitted Negro suffrage without restrictions. Negroes were not permitted to vote in Pennsylvania, Ohio, Indiana and Illinois, and . . . New York still maintained property qualifications for Negro voters.

The Radical wing of the Party, led by [Charles] Sumner and Thaddeus Stevens, was, however, adamant on this issue. It was essential in their opinion that the colored man should be permitted to vote . . . [and] the control of the Southern States by the Republican Party could be maintained by the Negro vote, since it was quite inconceivable that the vast majority of Negroes would vote for any other Party than the Republicans who had freed them.

Realizing the difficulties of achieving Negro suffrage in the States, the leaders of the Radical Wing of the Republican Party began to turn their attention to the District of Columbia over which Congress had jurisdiction.

If Negro suffrage could be achieved in the District, with its large colored population, that would set the standard which some of the Southern States might be eventually be persuaded or compelled to follow.

Thus the municipal politics of Washington and Georgetown were to become a vital issue in the struggle for power between the Radical Republicans in Congress and Andrew Johnson, the Conservative Democrat in the White House.”

Via  DaSOB
"I had never seen this photo before now. It really gives you some serious perspective on the immense difficulty of launching 16 medium bombers off a carrier deck. Col. Doolittle's aircraft was the first off, and it had less than 500 feet to get airborne. The takeoff had to be exquisitely timed so that when the aircraft reached the end of the takeoff distance, the deck was pitching up from the heavy seas, giving the B-25 an extra "heave-ho" into the air. Talk about brass balls!"

World’s Largest Bicycle Maker: ‘Era of Made in China’ Is Over 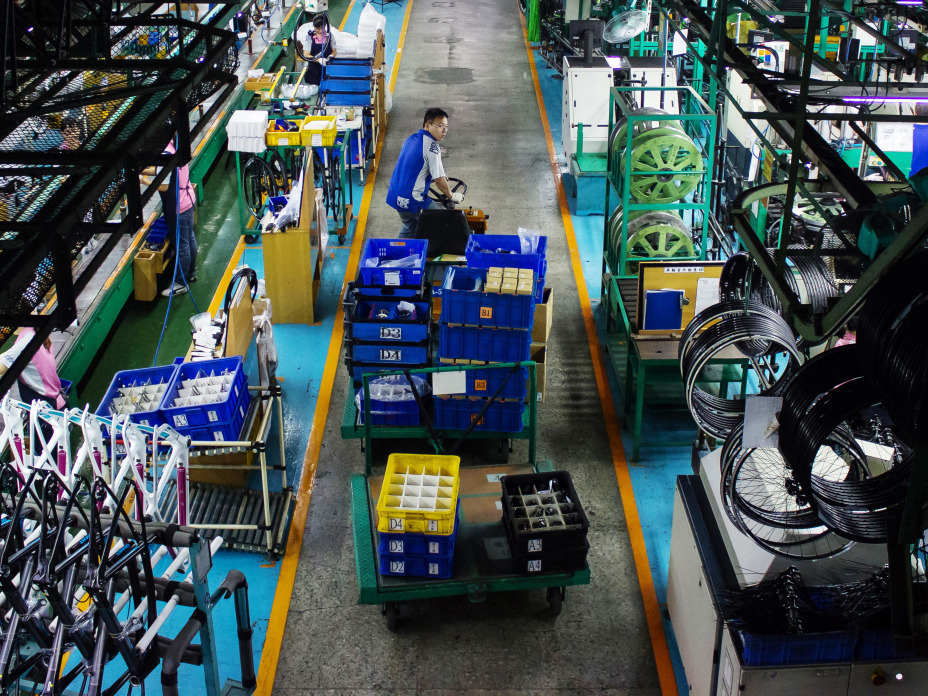 The world’s largest bicycle maker is taking no chances.

In September, when President Donald Trump began threatening massive tariffs on Chinese exports to the United States, Giant Manufacturing Co. — located in China — decided to move production of all U.S.-bound bicycle orders to Taiwan to avoid looming financial hits.
/
“When Trump announced the plan of 25% tariffs, we took it seriously,” Chairwoman Bonnie Tu said, according to Bloomberg. “We started moving before he shut his mouth.”

Then she dropped a zinger: “Last year, I noticed that the era of Made In China and supplying globally is over.” 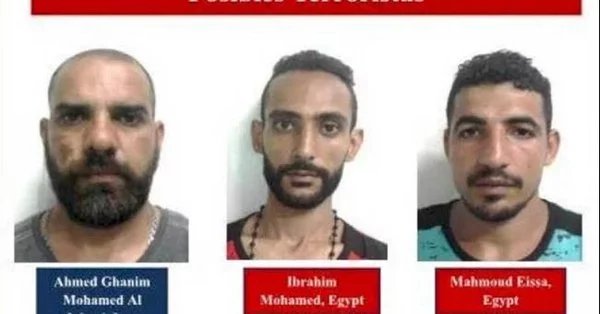 Update: Four ISIS Terrorists from Iraq and Egypt Arrested in Nicaragua on Way to US Southern Border

Mexican law enforcement officials have confirmed that the United States has warned them that there are three ISIS-linked terror suspects traveling through Central America who are potentially trying to reach the U.S. border by traveling through Mexico.


More @ The Daily Wire
Posted by Brock Townsend at Wednesday, June 26, 2019 No comments:

A poll this month by El Universal newspaper found nearly two-thirds in favour of refusing entry to undocumented migrants, a nearly 13 point rise since October when the first wave of migrants arrived in Mexico from Central America.

Quite a few heads were turned in Washington, DC when the Mexican government made some significant new immigration enforcement concessions in the face of tariff threats from President Trump.  Why would they cave to demands that weren't playing terribly well politically north of the border -- especially if those demands put them on the hook for more concrete action?  As we shared yesterday, Mexico City has gone even farther in recent days, to the point of surprising a CNN correspondent who called the cooperation unprecedented in his experience:

Geraldo: Democrats Will "Rue the Day" They Brought back Mueller

When Stanphill said she didn't review the evidence, it's pretty fair to say she's a liar.

Sen. Ted Cruz (R-TX) on Tuesday grilled Google UX Director Maggie Stanphill about Project Veritas' recent investigation into the tech company's desire to stifle conservatives. A whistleblower stepped forward to make people aware of Google's plans to affect the outcome of the 2020 elections and “prevent” the next “Trump situation.”


Acting Homeland Security Secretary Kevin McAleenan, who was accused of sabotaging the Trump administration's deportation operation because of a personal opposition to the plan, has given for years solely to Democratic causes, according to federal records.

Brandon Judd, president of the National Border Patrol Council, wrote in an op-ed Monday that the secretary and his wife's donations only to Democratic politicians and organizations over the past 12 years could explain why McAleenan allegedly leaked a nationwide Immigration and Customs Enforcement raid to the media last week, forcing the administration to cancel the extensive undertaking after months of planning.

"He has proven his political leanings in his actions, including his campaign contributions," Judd wrote in a Fox News op-ed. "By definition, Kevin McAleenan should be considered anti-Trump."