Posted by Brock Townsend at Wednesday, December 05, 2018 2 comments: Links to this post

The Problem with Lawyers and the Constitution

Think Progress would prefer civil war to peaceful dissolution, yet they refer to Michael Boldin from the Tenth Amendment Center as an extremist. What secessionists have in common, on both sides, is the desire to exist under a system of “consent of the governed.” So we have two sides here: Think Progress, who prefers the status quo, even if it will lead to inevitable violence, and those seeking a peaceful solution where liberty can be realized and enjoyed by all. Now tell me, who is the extremist?


On November 10, 2018, the Abbeville Institute hosted an event called The Revival of Nullification and Secession in Dallas, TX. The purpose was to educate people on the means by which we can escape the hatred and hostility that is consuming not only headlines, but our very souls. The population of these United States is split pretty much equally in terms of core political values, the Left/Right paradigm. When legislation over social issues, whether within the delegated powers (see Article I, sec. 8) or not, are handed down from Washington, D.C., matters intended to be left with the States become a matter of contention, nationwide. And as we are seeing now, contention is leading to violence.

There is talk of another Civil War, arguments over whether secession is a viable option to prevent such a scenario, but little cohesion when it comes to accurate and historical analysis of the problem, how it came to be, and how it may be resolved peacefully.


More @ The Abbeville Institute
Posted by Brock Townsend at Wednesday, December 05, 2018 6 comments: Links to this post

The Rise and Fall of Affirmative Action

Were Asian-Americans admitted on the basis of academic achievement and extracurricular activities alone, regardless of ethnicity, Harvard would have a near-majority Asian student body (43%), something that Gersen says is undesirable. More

With a lawsuit against Harvard, Asian-American activists have formed an alliance with a white conservative to change higher education.

In 2012, Michael Wang, a senior at James Logan High School, in the Bay Area, was confident that he had done enough to get into one of his dream schools: Harvard, Yale, Stanford, and Princeton. He had the kind of G.P.A.—4.67—that looks like a typo to anyone older than thirty-five. He had aced the ACT and placed in the ninety-ninth percentile on the SAT. But Wang didn’t want to be seen merely as a bookworm—he was an accomplished member of the speech-and-debate team, and he had co-founded his school’s math club. He played the piano and performed in a choir that sang with the San Francisco Opera, and at Barack Obama’s first Inauguration.

The following spring, Wang was rejected from all the Ivy League universities he had applied to, except the University of Pennsylvania. (He made the wait lists at Harvard and Columbia, but was eventually turned down at those schools, too.) He was devastated, and wondered what more he could have done. Then he started thinking about all the impediments that no amount of hard work could overcome. Some of his classmates who had got into these schools, he thought, had less impressive credentials than his. But they were Hispanic and African-American. Had he been rejected because he was Asian?


More @ The New Yorker
Posted by Brock Townsend at Wednesday, December 05, 2018 9 comments: Links to this post 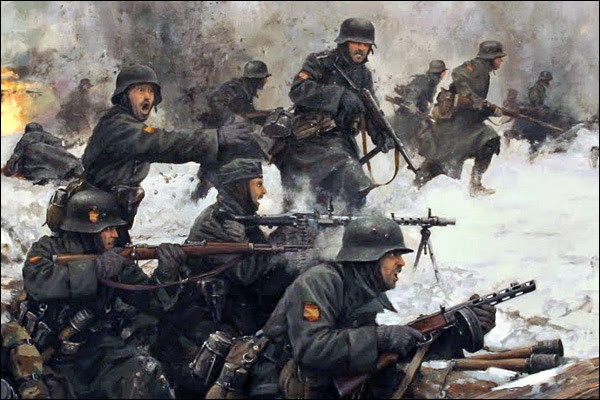 Six days after Germany's invasion of Russia, Spain recruited volunteers to join the attack although Spain itself remained officially neutral. The quota was met many times over within a week, mostly fanatically anti-communist regular army and Spanish Civil War veterans. Their Blue Division, officially the Wehrmacht's 250th Infantry, fought alongside the Germans for three years.

Bill Buppert, on the education complex, at ZeroGov:

There is no way to fix it but to raze it to the ground, cashier all the administration and faculty and not let a single red cent of government money onto any campus across America ever again.

Daily Mail - Florida girl, 16, who was born without arms qualifies as an army cadet after learning to do everything with her feet ... she taught herself to draw, she actually can tie other people's shoes, she feeds herself

History Net - Who Leaked FDR’s War Plans? ... In December 1941, someone leaked America’s top-secret blueprint for war for all the world to see


Excerpt: The German general staff saw the story as an intelligence coup and seized on the 1943 date. German war planners believed total victory in the West might be within Germany's reach if they could neutralize Britain before then.

Techxplore - A new way to provide cooling without power ... initial proof-of-concept testing achieved a cooling of 6 C (about 11 F)

History Net - Battlefield as Crime Scene: The Japanese Massacre in Manila ... In acts of shocking brutality, Japanese soldiers and marines massacred tens of thousands of civilians as American troops advanced into Manila in early 1945
Posted by Brock Townsend at Wednesday, December 05, 2018 No comments: Links to this post

Dale Pippin
Here's a passive subversive terrorist.....explaining the filth politics and shaming of any kind of pride in country or nationalism. Listen to how he brags of QUEBEC'S superior and broadened attitude about Canada, and how any thought of nationalism is vastly outdated. Quebec: Province of illegal immigration scams and extremist beliefs of sanctuary cities.......time to take responsibility Montrealislam and Torontlim! Pay for every person and every cost.

:D Why should the west do anything else other than build a wall?

Posted by Brock Townsend at Wednesday, December 05, 2018 6 comments: Links to this post

The Disintegration of Western Society


Radical feminists are now being banned by Twitter not because they hate men, which is perfectly OK as far as Twitter is concerned, but because they object to “transwomen.”

What is a “transwoman?” As far as I can understand, a “transwoman” is a male with a penis who declares himself to be a women and demands his right to use women’s toilette facilities anong with the women who are using them.

The feminist, Meghan Murphy, twittered a statement and a question:

“Men are not women.” 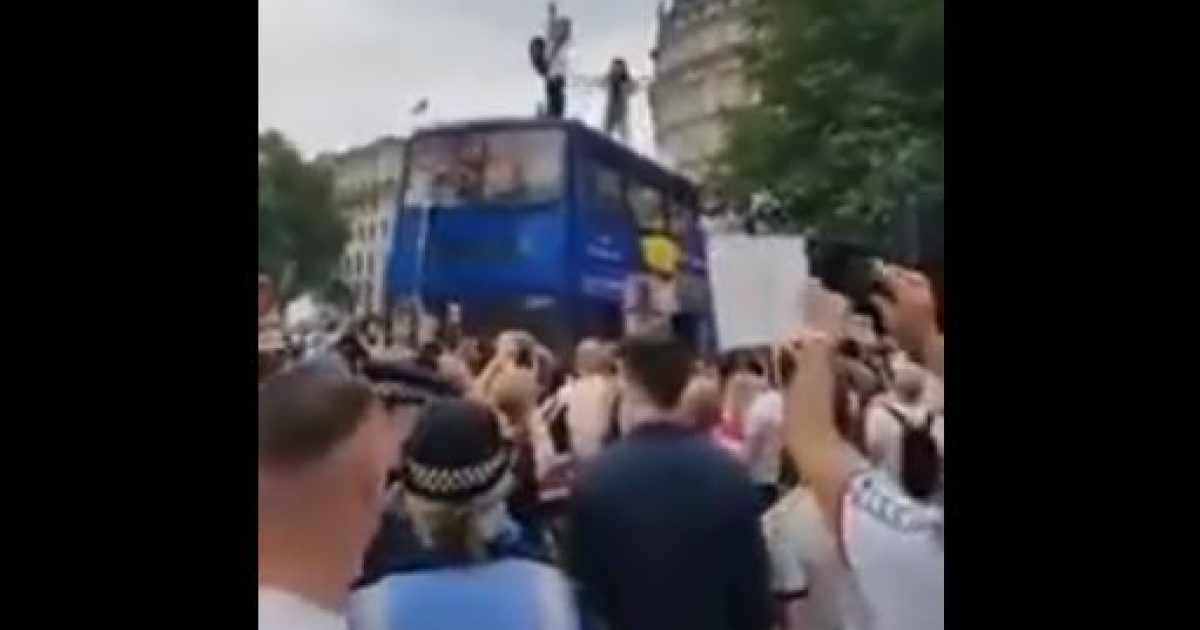 How often can I be right? As much as President Trump said Americans will win.

As France burns from years of socialist rule, America goes through a Renaissance. The difference is America elected a real leader and not a chump.

We watched for 8 years as our black version of Emmanuel Macron ruined the country. Over $8 trillion worthless dollars printed then pumped into an anemic economy, and the black Boy Wonder felt like a rock star.

As one comedian put it, “We told you Obama was Superman, but we forgot to tell you he didn’t know how to fly.”


More with video @ The Black Sphere
Posted by Brock Townsend at Wednesday, December 05, 2018 2 comments: Links to this post

Young Republican women are aggrieved, outnumbered, defiant. And they aren’t going to apologize for loving the guy in the White House.


The College Republicans at the University of North Carolina at Chapel Hill were having a cookout, which they had advertised on their Facebook page with a picture of Ronald Reagan grilling hot dogs.

It was a sweltering evening in August, a week after protesters toppled the bronze statue of a Confederate soldier on their campus known as Silent Sam, and a month before Christine Blasey Ford testified to the Senate Judiciary Committee that Brett Kavanaugh had attacked her at a high-school party in the 80s. There were about 60 students gathered in an out-of-the-way courtyard off red-brick Connor Hall, all of them white, and most of them conspicuously polite boys (“Would you like a Cherry Coke, ma’am?” one asked). The girls, only about a dozen, looked like college girls everywhere today, in T-shirts and tank tops, shorts and leggings. Except that they were not like college girls everywhere, most of whom lean to the left and vote Democratic, or tell pollsters they plan to.

Report: Weekly Standard To Be Shut Down

On Tuesday, news broke that the magazine The Weekly Standard might close its operations in the coming weeks.

According to One America News Network:

BREAKING: Multiple sources tell me that neocon magazine @weeklystandard is expected to close its operations in a few weeks. It had lost many subscribers since the 2016 election as its #NeverTrumper editors @BillKristol @stephenfhayes @SykesCharlie publicly aligned with the Left. (Awwwwww)
— Emerald Robinson (@EmeraldRobinson) December 4, 2018

More@ The Daily Wire
Posted by Brock Townsend at Wednesday, December 05, 2018 4 comments: Links to this post


The writing is on the wall.  Mueller will go ‘soft’ on General Flynn and ‘show mercy’, then he will drop a bomb on Manafort and nuke President Trump.  The MSM will lap it all up and call for the President’s removal.  The House Democrats will work diligently to make it so.


More @ The Gateway Pundit
Posted by Brock Townsend at Wednesday, December 05, 2018 4 comments: Links to this post