The image that emerges and which seems most reasonable when the pieces are assembled is an imposing and terrible portrait of theft and arson by an invading Army against non-combatants, the destruction of civilian property, spoilage of unused foodstuffs, the slaughter of livestock, all of which, with few exceptions, left a people without the means of feeding themselves—a desolation of Biblical proportion! Thankfully, there are a few acts of humanity by those who wore the blue, but their scarcity in these accounts are a blot on the cause and character of this war of aggression.


More @ The Abbeville Institute
Posted by Brock Townsend at Sunday, January 10, 2016 No comments:

In a surprise announcement Sunday, the White House revealed that President Obama, who will step down from his current middle management position next year, has begun training for a new career in one of the hottest, fastest-growing fields in America: Crisis acting.

What explains such a seemingly odd career choice for a soon-to-be ex-president? TruthJihad.com spoke to several well-placed analysts, who offered an upbeat account of the President’s decision and prospects.

According to these experts, Obama’s choice to opt for crisis acting seems well-thought-out, and his future appears promising. They explained that although the US economy has been dead in the water since 9/11/2001, there are still a few career options out there with growth potential—among them prison guard, mercenary, breadline supervisor, drone assassin, mainstream media propagandist, militarized police officer, NSA eavesdropper, and FEMA camp construction laborer. But none of these fields holds the explosive growth potential of crisis acting.

And we on top of bed jumped down, she screams and of course she was fighting back and so on. And we had her legs, dude. Bang! One held her over there, the other over there, dude. And then, dude, Sinan and the others, one after the other, dude, Virgin, dude! Well done, dude! I swear to you… And we like pigs spit on her. Sperm and dirt all over her.

Trump Could Win It All

A new survey shows a sizable number of Democrats ready to defect from Hillary Clinton to Donald Trump.

So if Donald Trump proved the political universe wrong and won the Republican presidential nomination, he would be creamed by Hillary Clinton, correct?

A new survey of likely voters might at least raise momentary dyspepsia for Democrats since it suggests why it wouldn't be a cakewalk.

The survey by Washington-based Mercury Analytics is a combination online questionnaire and "dial-test" of Trump's first big campaign ad among 916 self-proclaimed "likely voters" (this video shows the ad and the dial test results). It took place primarily Wednesday and Thursday and has a margin of error of plus or minus 3.5 percent.

Nearly 20 percent of likely Democratic voters say they'd cross sides and vote for Trump, while a small number, or 14 percent, of Republicans claim they'd vote for Clinton. When those groups were further broken down, a far higher percentage of the crossover Democrats contend they are "100 percent sure" of switching than the Republicans.

The President Who Fell From Grace 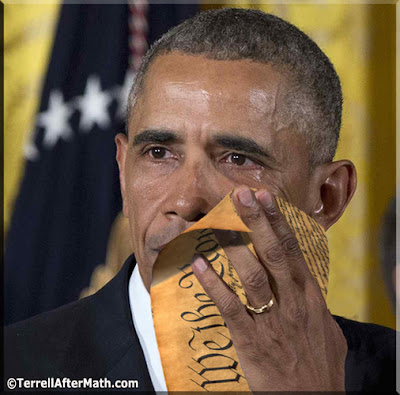 As easily as he slid into office with no qualifications for the post, Obama is falling from grace with fate and the voters. His dishonesty and incompetence are too patent. This week, no sooner had his relatively sparsely viewed presser ended and his clearly manufactured tears about gun violence dried, than his central argument -- that gun control, not fighting Islamic terrorism, should be our priority -- was exposed as nonsense. A thug, who had stolen a gun from a cop, used it in Philadelphia to try to assassinate a law enforcement officer. Echoing Obama Philadelphia’s Democratic Mayor declared Jim Kenney wasted no time in declaring “There are just too many guns on the streets and I think our national government needs to do something about that.”

It’s hard to argue persuasively that only law enforcement officers should be armed when the gun used in the assassination attempt was stolen from one of the mayor's own law enforcement officers. Kenney dug himself in even deeper in Obama vaporous swill, contending that the crime had nothing to do with Moslems or Islam, “In no way, shape or form does anyone in this room believe that Islam or the teaching of Islam has anything to do with what you have seen on that screen.” Then he turned the presser over to Police Commissioner Richard Ross who directly contradicted the mayor’s fantastical account: He said the shooter confessed that he committed the act in the name of Islam and had pledged allegiance to ISIS.


If you want to see the level of hatred and racism now infiltrating black culture in America, look no further than the video in this post. In the video you'll see a group of black thugs standing near a cemetery where confederate soldiers are buried. The thugs hold up a flag that was removed from one of the graves and attempt to light it on fire. 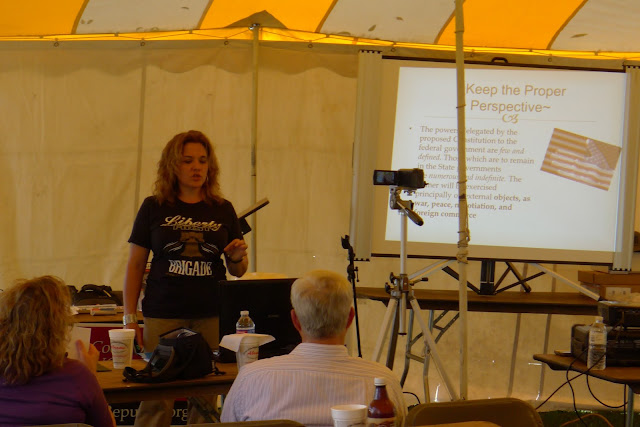 An Amazing Tarheel: “None had more deeply at heart than he the cause for which he shed his blood”

This is James Johnston Pettigrew’s only book, privately printed in Charleston in the first weeks of the War between the States and here for the first time published. In the opening passage the author describes himself crossing the Alps on his way to seek service in the army of the king of Sardinia.

His mission was to take part in a struggle for liberty, the liberation of Italy from the yoke of Austria.
That was 1859. By pure chance it was the Fourth of July, not only the birthday of American independence but also, as it happened, Pettigrew’s own birthday, his thirty-first. Exactly four years later (the Fourth of July 1863), he was beside the Emmitsburg road near a Pennsylvania town called Gettysburg, nursing a useless right arm which had been smashed by grapeshot and waiting for an enemy counter-attack that never came.

All about him were the survivors of the North Carolina soldiers that the day before he had led through a mile of frontal and flank fire to within a few yards of the now eternally famous stone wall on Cemetery Ridge. Pettigrew was, by his own lights, engaged in another struggle for liberty, that of his own people from a Union that had grown hateful. Two weeks later, he was dead of a wound received in a minor skirmish as the rearguard of the Army of Northern Virginia recrossed the Potomac back to the Confederacy.

In 1859 Pettigrew had caught up with the allied Sardinian and French forces in northern Italy just a few days after the decisive battle of Solferino.