Shea Wilkes had a problem. The performance goals he faced as a Veterans Affairs employee in Shreveport, La., required him to meet rising demand for health care with an increasingly outnumbered staff.

“I was legitimately trying to do that, going to the meetings and trying to figure out (how to meet the performance measures) with such a limited staff of doctors,” said Wilkes, a social worker who was formerly assistant to the director of the Mental Health Division at Overton Brooks VA Medical Center.

The emphasis on performance goals was driven by a concern for patient care, but also by a bonus system that rewarded Wilkes’ superiors for the large numbers of patients who saw health-care providers.

Many managers seemed to meet their goals. But Wilkes couldn’t see how that was possible.

And then about 15 months ago, Wilkes says, he understood everything. He says he was making a photocopy near the hospital’s scheduling windows and overheard a conversation between a scheduler and a veteran.

On the sweeter side of the fence sits a brick-and-glass showroom, looking shaggy with vegetation hanging off its roof like a mop-top. It's a relic, a place that slipped into the cracks between past and present, where the familiar red, white, and blue AMC signs forgot to come crashing down along with American Motors 25 years ago. Pikeville, North Carolina--a town of 700 people--has rolled off the tongues and keyboards of AMC junkies for years, with this seemingly abandoned dealership attaining near-mythical status as a slightly more flammable Shangri-La for gearheads.

Ten years of blog posts, newsletters, and gossip say the place is like 1987 frozen in time, and where untitled cars still wrapped in plastic and bearing window stickers relax as fresh and gleaming as the day they sat on this lot and watched AMC slip from existence. Evidence is scarce enough to encourage rumors, appetizers to whet the hunger for proof.

Husted’s investigation used Ohio Bureau of Motor Vehicle data to cross check voter rolls.  However, for a match, the BMV record must be self-identified as a non-citizen. Many more enlarged @ onepamop
Posted by Brock Townsend at Tuesday, March 17, 2015 No comments:

Want to forget your troubles? Via  Michael via NC Renegade 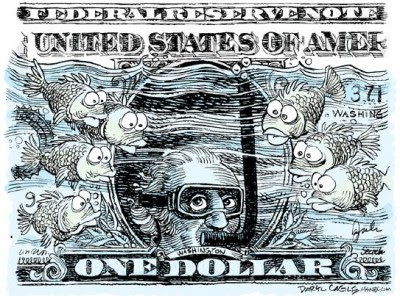 Bottom line: this isn’t theory or conjecture anymore. Every shred of objective evidence suggests that the dollar’s dominance is coming to an end.

It appears the sea of de-dollarization has reached the shores of Europe. With Australia and UK having already moved in the direction of joining the China-led AIIB, The FT reports that France, Germany, and Italy have now all agreed to join the development bank as 'pivot to Asia' appears to be Plan B for Europe.

As Greg Sheridan previously noted, "the saga of the China Bank is almost a textbook case of the failure of Obama’s foreign policy," but as The FT concludes, the European decisions represent a significant setback for the Obama administration, which has argued that western countries could have more influence over the workings of the new bank if they stayed together on the outside. As Forbes notes, this leaves Obama with 3 uncomfortable options...

As The FT reports,

We have been hearing more and more calls to treat "gun violence" (and no other kind of violence) as a "public health" issue, and to thus designate physicians as go-to authorities on American gun policy.

Surgeon General Vivek Murthy was a vocal proponent of the "public health" angle, and the need for more onerous gun laws to protect that public health. Well, he was vocal about it until his shrill activism interfered with his confirmation as Surgeon General, and he promised to focus on obesity, instead (maybe he'll advocate banning Big Gulps soon).

In keeping with this campaign, retired cardiologist Dr. William D. Bezdek edified us yesterday in the Bakersfield Californian, with his . . . unique brand of "expertise" on guns, in an op-ed titled, as the narrative demands, "Gun violence is a health crisis": 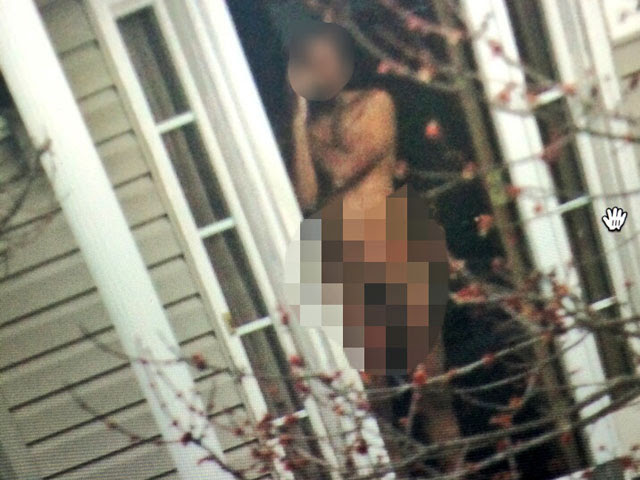 Residents in a Charlotte neighborhood say they are fed up with a neighbor they say stands at the front door of his home naked, but police say he's not doing anything illegal.

People in the Cardinal Glen neighborhood in north Charlotte say the man has been doing this for nearly ten years and on Friday, they called police again.

"I was out rolling the trash can on Friday and I just happened to look over there and he was standing there buck naked," neighbor Pecolia Threatt said. "It's not good to have people walking around here naked like that a grown man like that with all these kids out here you know,"

Neighbors say the man opens his door in the nude and even talks on his cell phone all in clear view of his neighbors. They're disgusted and fed up.

Border Patrol Agent: We are Punished for Reporting Illegal Alien Groups of More Than 20 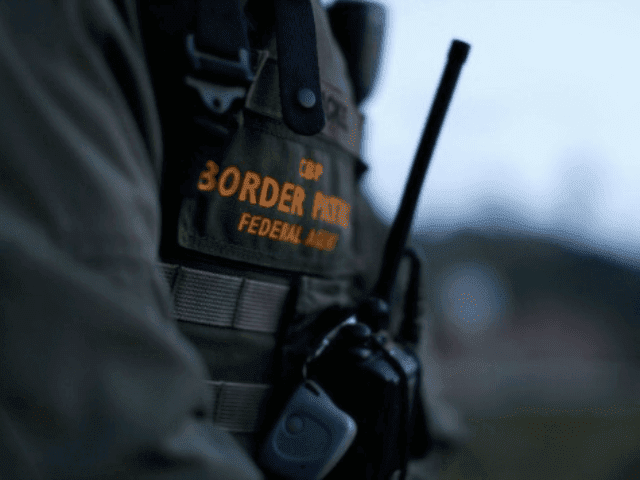 A U.S. Border Patrol agent from the Rio Grande Valley Sector in Texas told lawmakers today that his fellow agents are punished for reporting illegal alien groups of more than 20. “Agents who repeatedly report groups larger than 20 face retribution. Management will either take them out of the field and assign them to processing detainees at the station or assign them to a fixed position in low volume areas as punishment,” Border Patrol agent Chris Cabrera told a Senate panel. “Needless to say Agents got the message and now stay below this 20 person threshold no matter the actual size of the group.”

Cabrera is the vice president of the National Border Patrol Council (NBPC) Local 3307, a union for border agents. He testified before the Senate Homeland Security and Government Affairs Committee on behalf of NBPC.

The border agent told lawmakers that the Obama administration is misleading the American people by manipulating border security data. 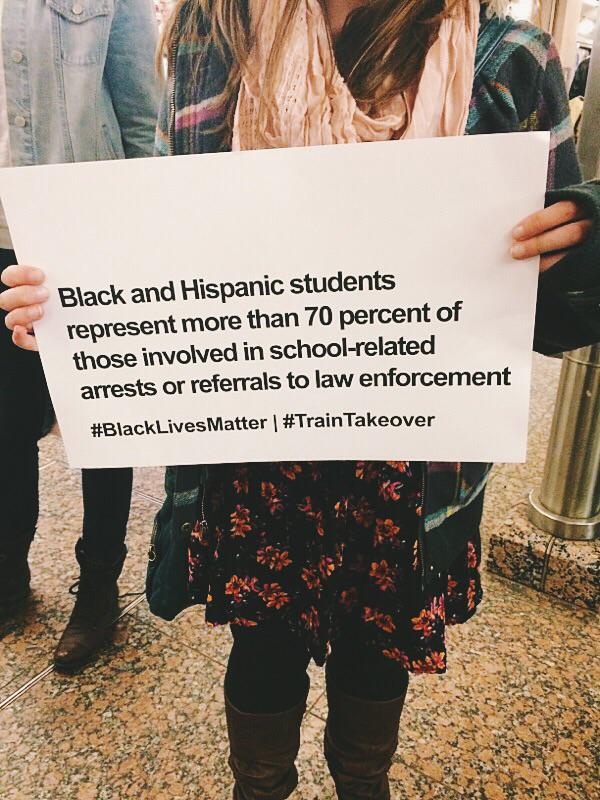 While hardcore fans of disrupting people’s Sunday breakfasts in the name of the #BlackLivesMatter movement still argue which was more awesome — the original Black Brunch or the sequel, Black Brunch II — protesters in Chicago were taking their act on the move with a 5 p.m. #TrainTakeover Friday.
Rush hour commuters were treated to slam poetry, gospel, freestyle rap, drum circles and more as protesters covered up “mundane” corporate advertisements with their own printouts.

Ohio law enforcement officials charged a woman for the horrific murder of her 3-month-old daughter.

Sources say that the child was decapitated.

Officers arrested Deasia Watkins, 20, for aggravated murder on Monday after she was discovered in her home with the dead child, Janiyah.

Watkins has been taken to the University of Cincinnati Medical Center for mental evaluation.

‘I Hate Everything About This Country’: Rapper Reveals She Hates ‘Fat White Americans’

Rapper Azealia Banks hates “fat white Americans” and believes that those who live in middle America are “these racist conservative white people who live on their farms,” according to a recent interview she did with Playboy magazine.

Banks, 23, also said that a part of her knows that she’s “not supposed to be worshipping Jesus Christ,” calling it, among other sentiments, “unnatural.”

When asked if she wants to leave the U.S., the rapper said “Yes!” and proceeded to explain her reasons.

“I hate everything about this country. Like, I hate fat white Americans,” she said. “All the people who are crunched into the middle of America, the real fat and meat of America, are these racist conservative white people who live on their farms.”

Banks, who was raised in New York City, continued, “Those little teenage girls who work at Kmart and have a racist grandma — that’s really America.”

Via Cousin John "This is the Kind of Violence Obama and Holder Breed".

Via comment by SJ on Why our prep-school diplomats fail against Putin a...

There has not been a civil war in America since 1865. What could possibly cause Americans to turn against each other today? We have previously mentioned economic collapse as trigger for a civil war.

A trigger, however, is not the real cause. The trigger is merely a mechanism for igniting a conflagration which has long been prepared.

The preparation is found in the class warfare rhetoric of today. It is found in the unbalanced racial politics, in the precise formulations of feminism. In many ways, these are carefully constructed instruments with which to divide the people of America; specifically, to divide women from men, blacks from whites, poor from rich, liberal from conservative, etc.

To divide America into two or more hostile camps is one of the objectives of the Communists.

Via comment by Anonymous on  Why our prep-school diplomats fail against Putin a... Iraqi forces’ operation to retake the city of Tikrit has stalled as troops suffer heavy casualties at the hands of Islamic State militants, raising concerns about whether the pro-government fighters are ready for major offensives.

After two days of little activity on the battlefield, Iraq’s interior minister, Mohammed al-Ghabban, confirmed Monday that the offensive has “temporarily stopped.” The steady flow of coffins arriving in Iraq’s Shiite holy city of Najaf suggests a reason for the pause; cemetery workers say as many as 60 war dead have been arriving each day.


More @ The Washington Post
Posted by Brock Townsend at Tuesday, March 17, 2015 No comments: