Marc is currently the general counsel for Hillary Clinton’s presidential campaign, but he’s had plenty of other assignments for the Democrats before this. It seems as if Marc’s specialty is dealing with pesky cases involving voter registration and election fraud. One of the latest examples on his resume dealt with a voter registration group in the Buckeye State who he represented earlier this year known as the Ohio Organizing Collaborative. They were challenging the state’s new voter ID law, though their usual purpose was supposed to be going out and registering voters of all stripes to increase citizen participation in the electoral process. A noble goal to be sure, but there are a few rules which must still be followed. For one thing, the people you register are supposed to be, er… you know… alive.


More @ Hot Air
Posted by Brock Townsend at Sunday, November 01, 2015 No comments: Links to this post

Via comment by  1911A1 on Police: Concealed carry license holder kills armed...


Police are investigating a late night robbery and double shooting at the Latino's Meat Market in Reading.

According to Reading police, officers were dispatched to the market - located at 11th and Greenwich streets - shortly before 11 p.m. Saturday for the report of a shooting.

When police arrived on scene, they found two males suffering from gunshot wounds. Police say one male died at the scene and the other male died a short time later at Reading Hospital.

Quick Clicks Halloween candy with 'needle-type item' reported in Montgomery County 69 News "Week in Review" Man killed in Alsace Township vehicle crash, coroner says Passenger ejected, I-80 shut down in early morning crash Woman killed in massive Plymouth Meeting apartment fire According to witnesses and video evidence, Reading police say it looks as though three masked males entered the market. One male was armed with a pistol, which he fired inside the market, and another male could be seen pointing a stun gun at one of the employees. Police do not know if the third male was armed.


More @ WFMZ
Posted by Brock Townsend at Sunday, November 01, 2015 No comments: Links to this post

Southerners a Conquered and Foreign People 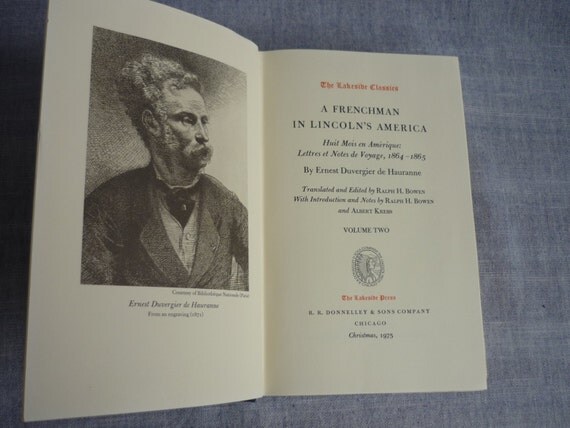 With the South under military rule despite the fiction of the Union being saved, the Republican party enlisted the manipulated vote of the freedmen in 1868 to ensure that the election of Grant was assured – lest their military victory be lost with the election of New York Democrat Horatio Seymour.  The firm hand that subjugated the South would welcome it back to the Union, claiming itself not a threat to their liberties.
Bernhard Thuersam, www.Circa1865.com

Southerners a Conquered and Foreign People

“Not everything was settled on the day the Federal flag was raised once again over the capitol building in Richmond. The nation had to go forward resolutely to complete the revolution begun by the Civil War . . . It was needful not only to impose obedience on the conquered inhabitants but also to raise them up again after having subjugated them, to bring them back into the bosom of the Union; to rebuild the devastated countryside and enlist the people’s sincere acceptance of the great reform about to be inaugurated.

They must be made to feel the firm hand of a determined government that would not, however, be a threat to their liberties. Armed repression must give way to politics . . .  [In dealing with the Southern States, they] might be considered conquered territory and be told that when they left the Union they gave up all their rights under the Federal Constitution that they had ceased to be sovereign States.

In that case they must be treated as a conquered foreign people; their State and local governments must be destroyed or allowed to collapse and then reorganized as territories . . . Then someday, when the memory of the Civil War had been completely erased, they would be readmitted to the Union.

This procedure, the Radicals argued, would be merely the literal application of the United States Constitution, the sole method of ensuring respect for national authority. It would be the only way to restore the former Union on a solid foundation, having levelled the ground beforehand by stamping out all tendencies to rebellion . . .

It would be a good thing for the Southern States to be subjected for a time to the rigors of military rule and arbitrary power, or at least for them to be kept for a number of years under the guardianship of Congress, that is to say, under the domination of the North.

Their delegates might come, like those from the territories, and present their grievances or defend their interests; but they would only have a consultative voice in Congress and would have no share in the government. Great care must be taken not to give back to the South the preponderant influence it had exercised for so long.

The rebellion is not yet dead, the Radical orators declared; it has only been knocked down and it may get back on its feet if we are not vigilant. Never has the Union been in such danger as in this moment of victory when peace seems to prevail, but when the future depends on the decisions the people and the government now adopt.

If the [Democratic party] is once again allowed to reorganize, if the Southerners renew their alliance with the Northern Democrats, it will be all up for national greatness and liberty. The same arrogant claims and the same quarrels will reappear . . . all this will someday or another lead to another civil war which will encompass the total destruction of America.”


A customer with a concealed carry license shot and killed an armed man attempting to rob a neighborhood store, Chicago police said Sunday.


A masked man walked into the store and currency exchange about 7 p.m. Saturday on the city's southwest side, displayed a handgun and announced a robbery to an employee, police spokesman Anthony Guglielmi said. The gunman next pointed his weapon at another employee and forced her to the back of the store.

The armed customer then fatally shot the man.

Via comment by Sioux on Pictures of Russian jet crash that killed 224: Vic...

{UPDATE: Here are the two main types of Surface-to-Air Missiles that have high altitude capability, per inquiries:

Do I think ISIS (the New Caliphate) probably shot down that Russian jet?  Yeah. I sure do.

Let’s review.  The Washington DC regime since the Obama usurpation has had as its goal the reforming and developing of a New Caliphate to use as its mercenary army.  Obama’s ties to islam are myriad, well-known and too numerous to mention.  Hillary Clinton’s consigliere and probable lesbian sex partner, Huma Abedin, is the daughter of top Muslim Brotherhood leader Syed Abedin, AND her mother Saleha Abedin, is the head of the “Ladies Auxillary” of the Muslim Brotherhood.  Huma Abedin herself worked for the Muslim Brotherhood’s propaganda arm for years.

A Time for Peace, a Time for War 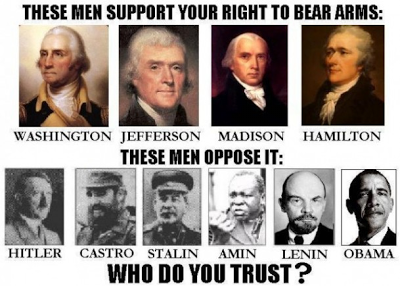 Never apologize to the Morlocks, for they will only take the apology as a confession, and, sensing weakness, fall upon you, and drag you underground to their lair and feast on your living flesh.

Vox Day in his new book SJWs ALWAYS LIES includes the excellent advice that one must never apologise to a Social Justice Warrior, never attempt to ameliorate nor appease them, never appeal to their better nature. His experience (and mine) shows this is futile as well as counterproductive.

This is because the civilized man regards other men as real people and seeks to live in peace. An SJW is a creature who regards peace as intolerable, and thinks of other people as mere shadows, mere puppets on the stage of his own internal psychodrama. 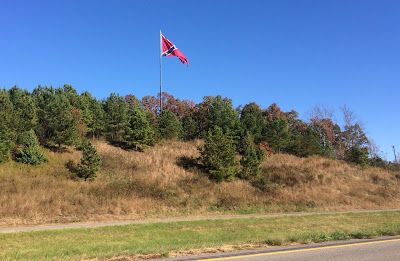 The Virginia Flaggers are thrilled to announce the completion of our latest Interstate Memorial Battle Flag project. Earlier today, a 20' x 30' battle flag was raised on a 90' pole on the Danville Expressway.


More @ The Virginia Flaggers
Posted by Brock Townsend at Sunday, November 01, 2015 7 comments: Links to this post

The war in Norway

Via comment by  Sioux on Vets appalled at 'Muslim Brotherhood float'

It isn't over. It has barely begun.

Three African immigrants who brutally raped a 14-year-old girl to the point where she wanted to kill herself were given extremely light sentences by a court in Norway, with one receiving community service and avoiding prison altogether.

The incident happened on the night of July 30 when the three men accosted the girl on a commuter train before also molesting her in a farm house and at an apartment in Oslo.

During her ordeal, the girl was raped both orally and anally before being forced to take drugs.

According to reports, the abuse, which lasted for hours, was so horrific that at one point the girl expressed a desire to take her own life to end the suffering.