Lost at sea: Vietnamese family reunites with the men who rescued them

Republicans Knew Where Their Brot Was Buttered In 1860


I  wasn't familiar with 'brot' so looked it up. My Mother 's saying was   'know  which side your bread is buttered"

A Review of The Election of 1860: “A Campaign Fraught with Consequences” by Michael F. Holt (University Press of Kansas, 2017).

Chapter One of Michael F. Holt’s contribution to the corpulent body of work covering the election of 1860 is called “Republican Storm Rising” and it was political perfect storm that blew Abraham Lincoln into the White House.

One of, if not the most valuable contribution Holt makes to this burnt over district of scholarship is his insistence, from the very beginning, that the historical result of the 1860 election was not the apotheosis of a “man for all seasons,” in the form of Abraham Lincoln. No, Lincoln’s victory was propelled by the fire of party strife and the splintering of support of Lincoln’s otherwise (most) worthy candidates.


More @ The Abbeville Institute
Posted by Brock Townsend at Tuesday, September 25, 2018 No comments:

The US Marine Corps' stealth F-35B Lightning fighter jet could fly its first combat mission within days, according to several US defense officials, who told CNN that the fifth-generation aircraft are currently aboard the USS Essex amphibious assault ship and should soon be in a position to conduct airstrikes over Afghanistan.


The USS Essex has already sailed from the Gulf of Aden into the North Arabian Sea and is expected to move into the Persian Gulf in coming days, one official said.
More @ CNN
Posted by Brock Townsend at Tuesday, September 25, 2018 5 comments:

Mitch McConnell: ".......will have enough votes to confirm Kavanaugh."

Senate Republicans say that Brett Kavanaugh’s chances of confirmation have improved because of new doubts over allegations of sexual misconduct against the embattled Supreme Court nominee.

Gray argued during an interview on Hill.TV that Trump should direct Deputy Attorney General Rod Rosenstein to release the text messages and documents, including those relating to former Trump campaign adviser Carter Page.


More with video @ The Hill
Posted by Brock Townsend at Tuesday, September 25, 2018 No comments:

The Senate Judiciary Committee scheduled a Friday 9:30 AM ET vote on Kavanaugh according to a notice sent out by the Panel Tuesday evening.

Note: This is only a vote in the Judiciary Committee–the vote must still advance to the Senate floor where Judge Kavanaugh must reach the magic number of 51-49 votes.


More @ The Gateway Pundit
Posted by Brock Townsend at Tuesday, September 25, 2018 No comments:

The Huge Stakes of Thursday’s Confrontations

Thursday is shaping up to be the Trump presidency’s “Gunfight at O.K. Corral.”

That day, the fates of Supreme Court nominee Brett Kavanaugh and Deputy Attorney General Rod Rosenstein, and much else, may be decided.

The New York Times report that Rosenstein, sarcastically or seriously in May 2017, talked of wearing a wire into the Oval Office to entrap the president, suggests that his survival into the new year is improbable.

Whether Thursday is the day President Donald Trump drops the hammer is unknown.

“The only way to clear up the Avenatti 4chan situation is for the FBI to investigate! Why won’t he let the FBI investigate?” -Jack Posobiec

Meanwhile, the left is saying that the right is being duped by 4Chan into believing that Avenatti was duped.

Feinstein: ‘I Have No Way of Knowing’ if Ford Will Testify Thursday & Avenatti Accuses Kavanaugh of ‘Gang Rape,’ Alleges Vulgar Secret Code in High School Yearbook 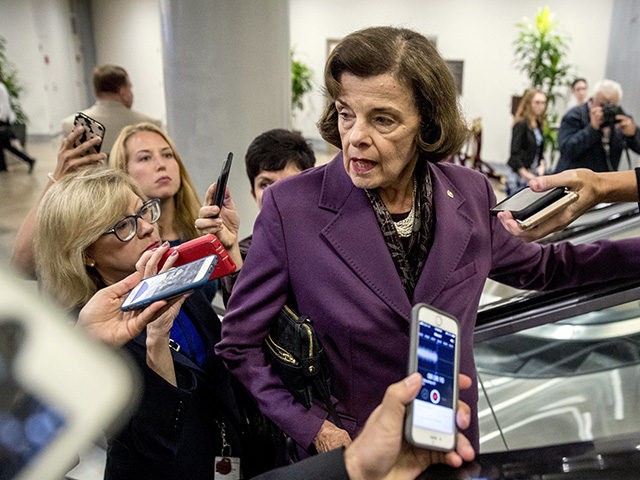 Asked whether she expects Ford to testify before the Senate Judicial Committee Thursday if outside counsel is slated to ask the accuser questions, Feinstein replied “I have no way of knowing” if she will show up.

In a letter sent to Chairman Grassley Monday evening, Ford’s attorneys criticized the panel’s hiring of an “experienced sex crimes prosecutor” to partake in the testimony, suggesting the professor may renege on the agreement to appear. 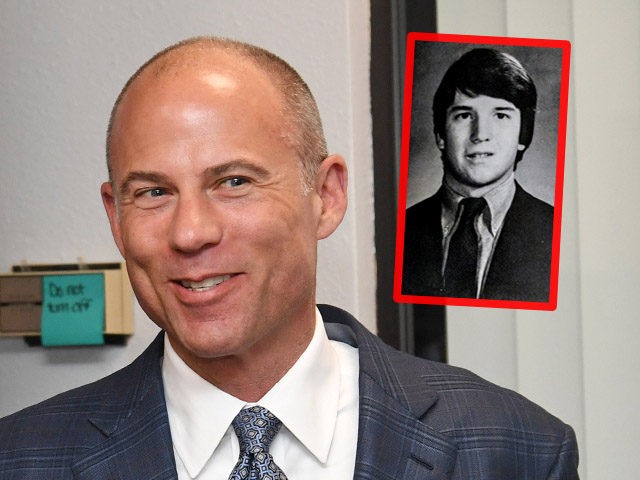 In an email to Mike Davis, Chief Counsel for Nominations for the Senate Judiciary Committee, Avenatti called on the panel to ask Kavanaugh about the meaning of a caption reading “FFFFFFFourth of July” — a code, the lawyer claims, means “Find them, French them, Feel them, Finger them, F*ck them, Forget them.”

Attorney Michael Avenatti said his client might now not come forward against Brett Kavanaugh, and then locked his Twitter public profile from view.

After two days of ginning up publicity with the news he has a “100 percent credible” accuser against Supreme Court nominee Brett Kavanaugh, adding that she has “multiple witnesses to corroborate her story” and that she is “willing to take a polygraph,” Avenatti appeared to walk back that assurance  in a Tuesday morning tweet

“Let me be clear: We will disclose the client’s name and accusations only when SHE is ready and we have adequate security measures in place. And not a moment before that,” Avenatti tweeted. “It is her choice and hers alone as to when to surface bc it is her life. We expect it within the next 36 hrs.”

Civil War II, Return of Kings - The coming U.S. Civil War will not have the same outcome as the U.S. Civil War in the 19th Century. As society breaks down, other parts of our economy and civilization break down. Businesses will cease to operate. General services will become unavailable, and confidence in government is destroyed. The U.S. will eventually divide into multiple factions, some will seek to impose a new government upon others. As confidence in the U.S. Federal Government declines and justice declines because of the deep state, mainstream media, and progressivism, people, already divided against each other, will form tribes. You are probably already seeing these tribes form.

Chicago Tribune - Are we on the verge of civil war? ... the present path eventually ends in something like a hate-filled Iraq, Rwanda or the Balkans

Raconteur Report - Es Kommt ... Either the lunacy will stop, or the country will rend itself

"That’s going to be Stalingrad, not Waterloo. Hue, not Gettysburg. House to house, door to door, room to room, war to the knife, knife to the hilt, and then hand-to-hand"

The notion of a Civil War II is improbable but not farfetched. The Democratic Party, their unelected supporters within government and the news media

refuse to accept the result of the 2016 election, going so far as to declare themselves "the resistance", as if losing made the election illegitimate and the country is now "occupied". Given the coordinated subversion and sabotage it's safe to say the orderly transfer of power has failed for the first time since the election of Abraham Lincoln in 1860.

After their shock in losing what amounted to a rigged election, the Democratic Party lurched toward the Bolshevist model of seizing power by insurrection on a wide front.

Falling into the normalcy bias of Leftists simply resorting to shouting folks down and minor clashes is a trap—they are armed, they have a combat experienced cadre behind the scenes, and they have financial power structures behind them. These are not the sunshine leftists of the boomer generation. All of the dog and pony show of ad campaigns, political stunts and campus demonstrations will lead to violence—its only a matter of time. AntiFa is serious about what they’re doing. Are you?

The German Communist Party organized Antifaschistische Aktion in 1932, known now in America as AntiFa. Those old newsreels of street fighting in Berlin and elsewhere are mainly of the National Socialist paramilitary "Brownshirts" versus AntiFa. When you hear of the early concentration camps populated by political prisoners, it's largely AntiFa they're talking about.

They trot out this provenance at every opportunity. It's why any opposition is automatically "fascist" and "Nazi". As NC Scout notes, they aren't campus activists of the snowflake persuasion. They're gearing up for a civil war, again.
Posted by Brock Townsend at Tuesday, September 25, 2018 4 comments:

Does the latest poll on Trump crush the Democrats’ hopes and dreams?

The 2018 Midterm elections are right around the corner.

Democrats are still predicting a “Blue Wave” will hand them control of Congress.

But Trump’s latest poll numbers were just released and it was bad news for Democrats.

Rasmussen’s polling shows Donald Trump’s Presidential Approval Index is 10 points above Barack Obama’s ratings at this point in his term.

This is in spite of the constant attacks by the fake news media President Trump faces on a daily basis.

According to a press release from the Pappas campaign, the debate has been arranged and will be hosted by Queens Latino, a local spanish-speaking newspaper. The debate is tentatively set to occur at a school auditorium.

Longer Version: McConnell: Kavanaugh Will Receive a Vote in the Senateaa

Posted by Brock Townsend at Tuesday, September 25, 2018 No comments: 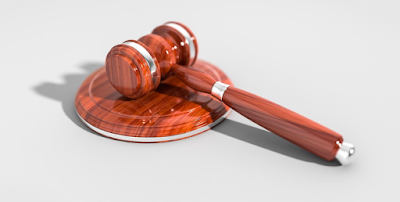 Re: Confirmation to the Supreme Court of Judge Brett Kavanaugh

I write to you in your capacity as Chairman of the Senate Judiciary Committee, as a private citizen with relevant expertise in matters pertaining to Congressional correspondence. I support Judge Kavanaugh and believe Dr. Christine Blaseley Ford is being less than forthcoming with respect to her allegations against him.

Specifically, I believe Dr. Ford's letter may have been written by a third party, and should be evaluated with this in mind, for the reasons below. (Please forgive any typos as it is late in the evening and I understand this matter is time-sensitive.): 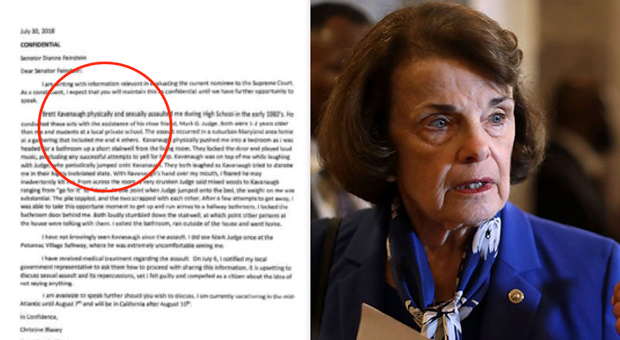 Senate Judiciary Committee Minority Leader Dianne Feinstein has released the alleged 'original letter sent her from Kavanaugh accuser Christine Ford. The letter delivered to the California Democrat in July. Feinstein, most probably her staff, leaked the letter to the media last week. She finally released the letter to Majority leader Senator Chuck Grassley (R-IA). Have your say - ⇓ Hit the comments below ⇓ There is one small problem - the font in the second paragraph does not match with the rest of the letter.

Republicans Have A Simple Choice: Vote To Confirm Kavanaugh Or Get Slaughtered In November 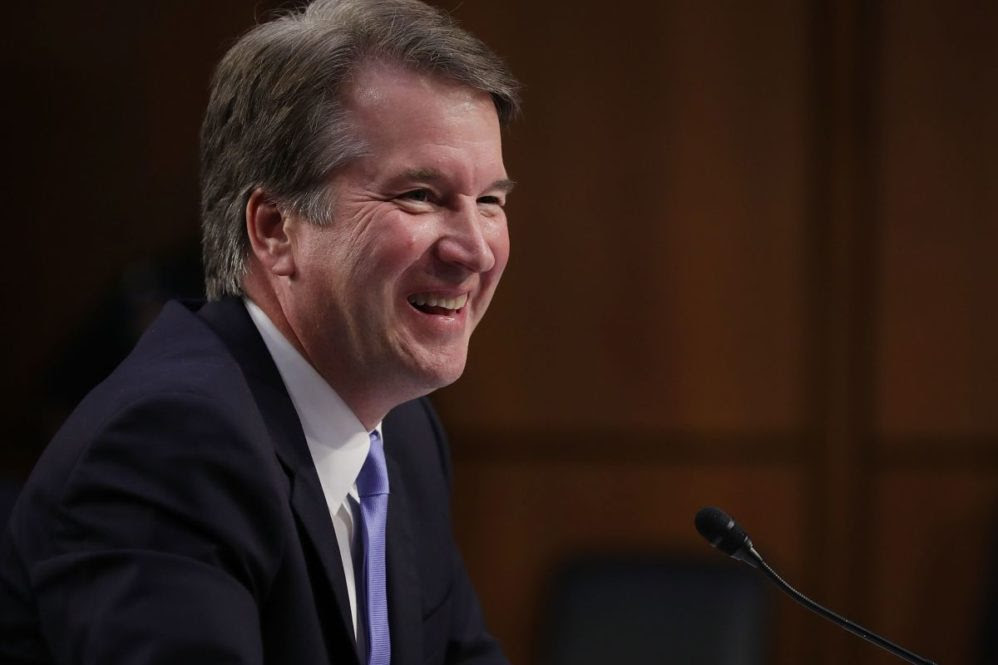 The calculus isn't complicated. Republicans can stand up to vile Democrat smears and vote to confirm Supreme Court nominee Brett Kavanaugh, or they can give in and kiss their congressional majorities goodbye.

The rubber is about to meet the road for Senate Republicans. They have a simple choice: they can vote to confirm Supreme Court nominee Brett Kavanaugh, thereby ending the baseless and unsubstantiated Democrat- and media-fueled smear campaign against him, or they can kiss House and Senate majorities goodbye for the next decade, if not longer.

In case the election of one Donald J. Trump was not enough to compel the D.C. Republican establishment swamp creatures to wipe the muck from their eyes and see what’s happening with their own constituents, Republican voters have had enough of feckless do-nothings whose careers consist of little more than not doing everything they promised to do.