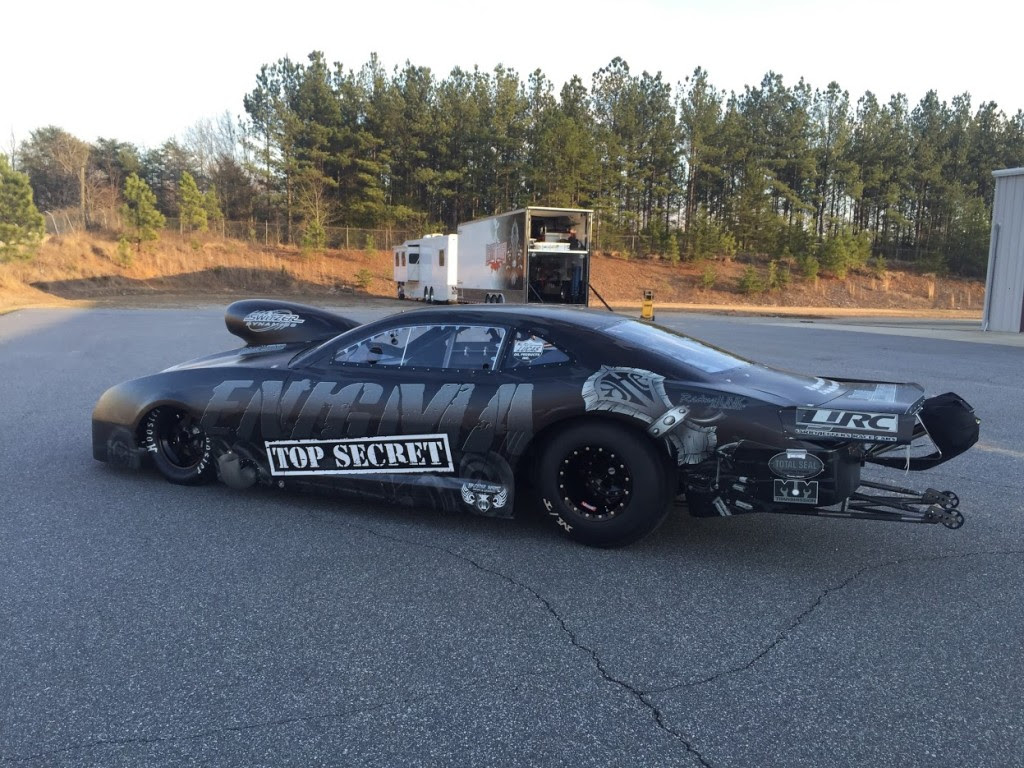 Keith Haney and his Keith Haney Racing team kicked off their 2016 season with a test last weekend at Orlando Speed World. Haney tested both his Pro Nitrous car and his new Drag Radial car for two days while in central Florida. This helped prepare Haney for the Professional Drag Racers Association season, during which he will drive his Camaro sponsored by Lucas Oil and RacingJunk.com, which begins in March at Osage Casino Tulsa Raceway Park.

Posted by Brock Townsend at Sunday, February 21, 2016 No comments: 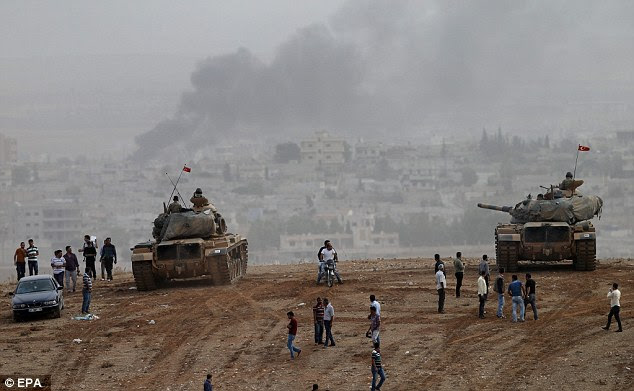 European diplomats have warned the Turkish government that it cannot count on the NATO support should the conflict with Russia escalate into an armed conflict, according to German media.

Ankara has called for a joint ground operation in Syria with its international allies, insisting it is the only way to stop the country's five-year war. Saudi Arabia has said it would be ready to take part in an international force to be deployed in Syria.

Why the Racism-Industrial-Complex refuses to let the lie die.

In May, the History Channel will air its remake of Alex Haley’s Roots: The Saga of An American Family.

Unsurprisingly, the advertising for the broadcast fails to mention that Roots is a fake, and a fake of the first order.

First of all, the book upon which the successful mini-series was based was actually authored by Murray Fisher, Alex Haley’s editor from Playboy magazine.

Secondly, Roots wasn’t just ghost-written; it was plagiarized: In 1978, Judge Robert Ward concluded that Haley had stolen the idea for Roots from Harry Courlander, the white man who authored The African. Courlander charged Haley with having “copied [from his book] language, thoughts, attitudes, incidents, situations, plot and character.”

In spite of having initially denied it, Haley ultimately acknowledged that he lifted from The African verbatim at least 81 passages.

He settled with Courlander out of court by agreeing to pay him the equivalent of 2 million dollars in today’s terms ($650,000).


Danish reporter Jeppe Juhl from Newsspeek TV described the deteriorating situation in Sweden, a once peaceful country that now is regarded as the rape capital of the West.


Rep. Anthony Kern (R-Glendale), Rep. Darin Mitc…hell (R-Dist. 13) and Rep. Steve Montenegro (R-Avondale) filed House Bill 2300 (HB2300) in January with three other cosponsors. (Vote Kern for Arizona LD 20) The legislation would prohibit any state or local agency and their employees from knowingly and willingly participating in any way in the enforcement of any future federal act, law, order, rule or regulation issued regarding a personal firearm, a firearm accessory or ammunition “that infringes the right to keep and bear arms guaranteed by the Second Amendment of the United States Constitution or that impairs that right in violation of Article 2, Section 26 of the Arizona constitution”


More @ Sons Of Liberty
Posted by Brock Townsend at Sunday, February 21, 2016 No comments:

For months and months, Donald Trump has been exclaiming, “The evangelicals love me and I love them.” Well folks, tonight that love affair paved his way to victory in the all-important South Carolina Primary. 72% of the voters in South Carolina Saturday night with evangelical. Trump won 33 percent, of them. Ted Cruz won 27 percent, and Rubio won 22 percent. So let’s not kid ourselves here: Donald Trump is on his way to the GOP nomination and if he wins it, it will be because of evangelicals. Plain and simple.

Both those men (Rubio and Cruz) are solid men who love Jesus. But it is Trump who has done the best job of channeling the anger of the GOP electorate and guess what? Evangelicals are upset with the Republican Party too. They’ve felt like cheap political pawns for years, constantly being used by the GOP to get out and vote and then having nothing to show for it. 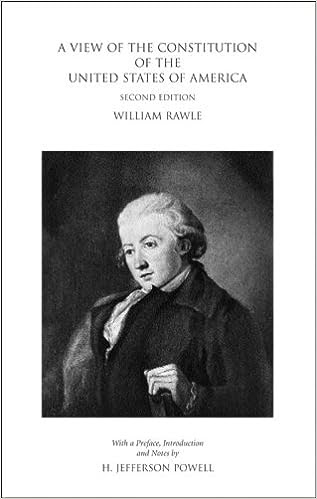 Jefferson Davis and other West Point graduates of his time were taught from Rawle’s “View of the Constitution,” and understood that should a State subvert its republican form of government, “the national power of the Union could be called forth to subdue it. Yet it is not to be understood that its interposition would be justifiable if a State should determine to retire from the Union . . . The secession of a State . . . depends on the will of the people of such a State.”
Bernhard Thuersam, www.Circa1865.com   The Great American Political Divide

“On my way home from Boston I stopped in New York once when the ex-President of our Confederacy and Mrs. Davis were there in the interest of his book, and I went to see them.

“Mr. Davis,” I said, “had I come from the South I should be laden with loving messages from your people. But even in abolition Boston you are held in high esteem as one sincere, honest and earnest.”

“Yes,” he said, “though we disagreed on many issues, I believe I held the respect of my fellow Senators from Massachusetts.”

“But you were not a secessionist in the beginning, Mr. Davis, were you?”

“No; neither in the beginning nor the ending,” he smiled.

“But to me the sovereignty of the State was paramount to the sovereignty of the Union. And I held my seat in the Senate until Mississippi seceded and called upon me to follow and defend her. Then I sorrowfully resigned the position in which my State had placed me and in which I could no longer represent her, and accepted the new work.

I was on my way to Montgomery when I received, much to my regret, the message that I had been elected provisional President of the Confederate States of America. I regretted it then and I have regretted it ever since.”

Witnessing the Bombardment of Fort Sumter 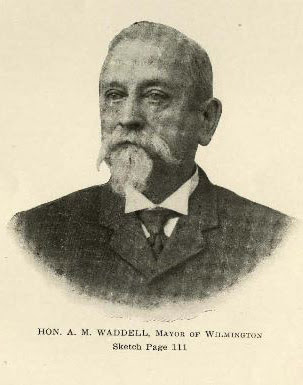 Like many North Carolinians, Alfred Moore Waddell, editor of the Wilmington Daily Herald, was pro-Union before open hostilities commenced in 1861. He supported John Bell of Tennessee and Edward Everett of Massachusetts for the presidential ticket in 1860, but patriotically supported North Carolina’s defense and self-determination after secession on May 20th. The following is drawn from www.cfhi.net, “Alfred Moore Waddell, Enlightened Wilmingtonian.”
Bernhard Thuersam, www.Circa1865.com   The Great American Political Divide

Witnessing the Bombardment of Fort Sumter

“On the evening of April 10, 1861, the telegraph operator at the Wilmington office confidentially communicated to me at the [Wilmington Daily] Herald office a telegram that had just passed through from General Beauregard to Jefferson Davis at Richmond, saying that he would open fire on Fort Sumter at 4 a.m., if Major Anderson refused to surrender.

Thereupon I hurried to the old “Manchester Depot” opposite to the Market Street dock on the other side of the [Cape Fear] river, and caught the train for Charleston as it was passing out. I described the trip to a New York audience in 1878 in the following brief sentences:

“I shall never forget that, after a night of great anxiety, and when about twenty miles from the city, just as the first grey streaks began to lighten the eastern sky, and when the silent swamps were wakened only by the rumble of the train, there was distinctly heard a single dull, heavy report like a clap of distant thunder, and immediately following it at intervals of a minute or two, that peculiar measured throb of artillery which was then so new, but afterwards became so familiar to our ears.

The excitement on the train at once became intense, and the engineer, sympathizing with it, opened his valves, and giving free rein to the iron horse, rushed us with tremendous speed into the historic city.

Springing from the train and dashing through the silent streets we entered our hotel, ascended to the roof, and here I experienced sensations which never before or since have been mine. As I stepped into the cupola and looked out upon that splendid harbor, there in the center of its gateway to the sea, half wrapped in the morning mist, lay Sumter, and high above its parapets, fluttering in the morning breeze floated proudly and defiantly the stars and stripes.

In a moment afterwards just above it there was a sudden red flash, and a column of smoke, followed by an explosion, and opposite on James Island, a corresponding puff floated away on the breeze, and I realized with emotion indescribable that I was looking upon a civil war among my countrymen.”