The granddaughter of President Dwight Eisenhower is seeing red over a Washington proposal by renowned architect Frank Gehry to honor the late commander in chief. Susan Eisenhower testified before a congressional subcommittee that large metal tapestries depicting the 34th president's home reminded her of Communist-era monuments that honored "Marx, Engels, and Lenin." She also compared columns that would support the tapestries to "missile silos," and then mentioned Mao, Ho Chi Minh—and also Hitler, because the scrims remind her of fences at Nazi death camps.

The battle represents a long-simmering tug-of-war between modernists and those who support classical traditions, particularly in the nation's capital. Eisenhower, who represents the family, told the Eisenhower Memorial Commission to go back to the drawing board and start over, reports the Washington Post. “We now believe that a redesign is the only way to make this memorial acceptable to the American people,” she said.

A suspected child rapist is on the loose and in a statement obtained exclusively by The Daily Caller, U.S. Immigration and Customs Enforcement accepts responsibility for releasing him.

There was a time when Jewish children were hunted down and killed in France. Their killers believed themselves to be members of a superior group that was destined to rule the world and enslave or exterminate members of inferior groups. The cowardice and appeasement of the French authorities allowed them to operate freely, to kill Jews and launch attacks on other countries.

What was then is now again. The occupying army doesn't wear uniforms, it wears keffiyahs. It doesn't speak German, it speaks Arabic. It doesn't believe that it is superior for reasons of race as much as for reasons of religion. It does not view all others as Untermenschen, but as infidels. It looks forward not to a thousand year Reich, but to a thousand year Caliphate.

Mohammed Merah did not chase down a French-Jewish seven year old girl, put a gun to her head and pull the trigger because he came from an economically depressed area or any of the other media spin. He was only doing what Muslims had been doing to non-Muslims for over a thousand years. He didn't do what he did because he was "radicalized", he did it because he became a fully committed Muslim.

It won't end with taking down one man and it won't end with Jewish children. When your ideology believes that it is in a zero-sum struggle with the rest of the world and that membership means that you are a superior breed of human being because you worship the Fuhrer or Allah, then it won't stop. It won't ever stop. Not until the figurehead is toppled, the creed is humiliated and the supermen are shown to be cowards, neurotics, pedophiles, insecure men dressing up their weaknesses in power fantasies.

Between all the non-stop coverage, the expressions of grief, the political pandering, no one is stating the obvious. France has been occupied all over again. Once again the occupation has been carried out with the consent of the authorities who have decided that cowardice is the only way. Vichy France has become Vichy Europe, Vichy America, Vichy Australia, where the blatant appeasement is disguised as honor, treason is portrayed as responsible leadership and collaboration in the mass murder of your own people is never acknowledged as such.

It's not Neo-Nazis that are the threat to Jews today. It's the new Nazis and the old Nazis who were rounding up Jews into ghettos and murdering their children long before a thousand years before Hitler. The Neos are pathetically longing for the return of a genocidal state that isn't coming back, while the Muslims are actually working to bring back their genocidal state. They are doing it in Egypt, in Libya, in Pakistan and in England, France and Spain.

The water is already 65 degrees. What a deal. I thought they had finished the repairs from the hurricane last year, but they are still touching up at the end in the last picture. 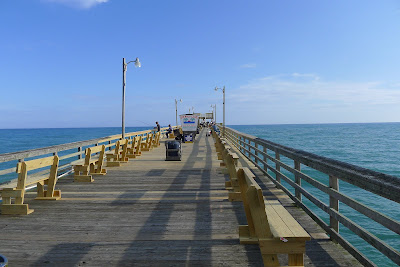 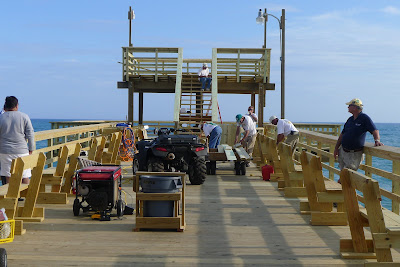 What Are the Dangers of Too Much Debt?

Via Legal Insurrection
HERE
Posted by Brock Townsend at Wednesday, March 21, 2012 No comments: