His Truth is Marching On About Dissident Mama
Truth warrior, Jesus follower, wife, and boy mom. Apologetics practitioner for Christianity, the Southern tradition, homeschooling, and freedom. Recovering feminist-socialist-atheist and retired mainstream journalist turned domesticated belle and rabble-rousing rhetorician. A mama who’s adept at triggering statists, so she’s going to bang as loudly as she can.


Battle Hymn Of The Republic: Mark Twain Version
Should Southern Christians Sing This?
Social activist Julia Ward wrote “The Battle Hymn of the Republic” in 1861, the same year that Henry Timrod composed his “Ethnogenesis” (the poem which kicked off part 2 of this series). In it, she penned that God will use His “terrible swift sword” to bring judgment upon “condemners” and “crush the serpent with his heel.” The wicked this New Yorker wanted to vanquish was, of course, the Southern people.

Howe, the daughter of a Wall Street Banker and Calvinist-turned-Unitarian, saw the Northern cause as a holy war – the Yankees’ manifest destiny – and the Union as the army of God, whose cannons rained hellfire upon a peaceful people. Or God’s “fiery gospel writ in rows of burnished steel,” as Howe liked to call these weapons of conquest. “Glory! Glory! Hallelujah!” so goes the refrain.


One of the unavoidable tragedies of youth is the temptation to think that what is seen today has always been. Nowhere is this more noticeable than in our responses to the recent Parkland, Florida, massacre. Part of the responses to those murders are calls to raise the age to purchase a gun and to have more thorough background checks — in a word, to make gun purchases more difficult. That’s a vision that sees easy gun availability as the problem; thus, the solution is to reduce that availability.

The vision that sees “easy” availability as the problem ignores the fact of U.S. history that guns were far more available yesteryear (http://tinyurl.com/y73sw4ev). With truly easy gun availability, there was nowhere near the gun mayhem and murder that we see today. I’m tempted to ask those who believe that guns are today’s problem whether they think that guns were nicer yesteryear. What about the calls for bans on the AR-15 so-called assault rifle? It turns out that according to 2016 FBI statistics, rifles accounted for 368 of the 17,250 homicides in the U.S. that year. That means restrictions on the purchase of rifles would do little or nothing for the homicide rate. Leaders of the gun control movement know this. Their calls for more restrictive gun laws are part of a larger strategy to outlaw gun ownership.

Part seven: The 1871 congressional investigation of the Klan

US. Representative Philadelph Van Trump, conservative Democrat of OH, circa. 1867-1873

On December 5, 1870, President Grant declared that black voters were being denied the exercise of their voting rights by intimidation and violence in several states “lately in rebellion.” He was principally influenced by North Carolina Governor William Holden’s clamoring for Federal Government assistance, alleging that the Ku Klux Klan was holding North Carolina in a state of terror. Actually, since Confederate veterans had been disenfranchised by the February 1867 Reconstruction Act, as much as 85 percent of the native white Southern vote was still substantially suppressed, and voting was under the control of carpet-bagger governments and Federal Army troops

Governor Holden also had an armed and constantly drilled Union League force of 80,000 predominantly black militia spread across most of the state burning barns and threatening and terrorizing both white and black. The Union League and the KKK.

13 Steps to Prepare for Civil Unrest

NOTE: This article has been revised and updated for 2018.

BDS originally starting covering prepping for Civil Unrest years ago, but the threat of unrest remains and perhaps is heightened in the current political climate.

These are still uneasy times.  The names and faces of the powers that be may be different but the actions are the same.  Normal, ordinary middle class families are still struggling and corporate corruption, hidden agendas, and cover-ups are still commonplace.

The threat of an Ebola or other pandemic, global economic collapse, severe water shortages, and immigration/border woes simply add to our concern about the future.  Fear, sickness, and deprivation evoke chaos, and as we reach that tipping point, it seems only prudent to prepare for civil unrest, riots, looting, crimes against persons, domestic terrorism, and more.

Today I take another look at the potential for a perfect storm.  In doing so, I have updated and expanded upon the steps we can take now to prepare for civil unrest.

13 Steps to Help You Prepare for Civil Unrest

The committee's final report on the investigation was approved on Thursday and now awaits an intelligence agency review.

Despite 472 days of investigation and thousands of witnesses, the committee stated in its list of final conclusions and recommendations that it found no evidence of collusion between President Donald Trump, his campaign aides, and Russia. 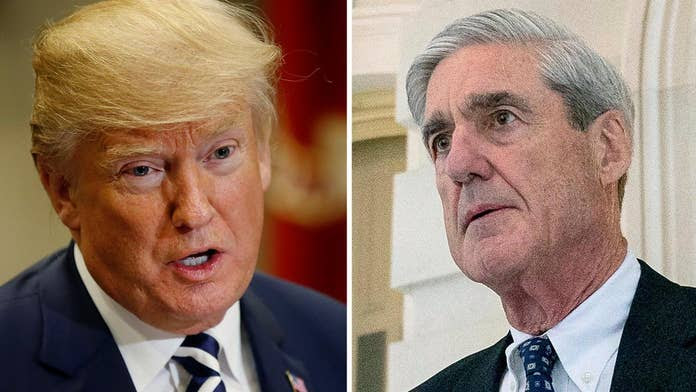 President Trump is finally bringing in a first-string legal team to deal with Special Counsel Robert Mueller’s inquiry into Russian meddling into the 2016 presidential election and possible “collusion” between the Trump campaign and Russia.

The president, who has often stated that there has been “no collusion,” has hired Joseph diGenova and diGenova’s law partner and wife Victoria Toensing to join his outside legal team.

Ryan: We Funded $1.6 billion in border funding, exactly what the administration requested

But the bill is very specific on how the money must be spent in the next six months, ruling out any concrete barriers such as the prototypes Trump visited in California on March 13.

"The amounts designated...shall only be available for operationally effective designs deployed as of the date of the Consolidated Appropriations Act, 2017...such as currently deployed steel bollard designs that prioritize agent safety," it says. 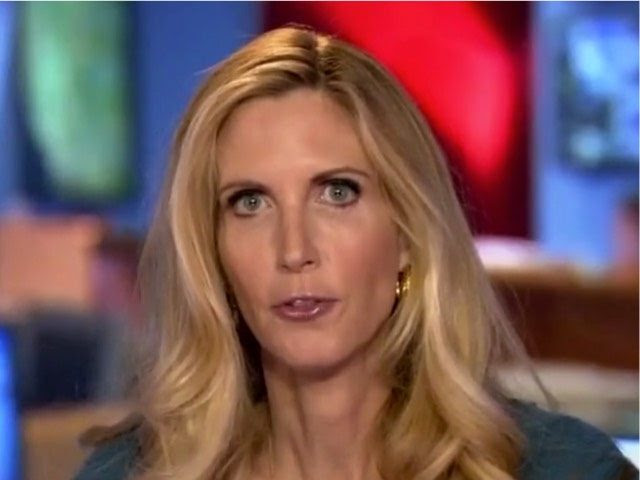 In a series of online posts, Coulter told Trump he will “be impeached” after signing the spending bill ahead of the 2018 midterm elections where Republican voters are increasingly disappointed with anti-border wall, pro-immigration party leaders like House Speaker Paul Ryan and Senate Majority Leader Mitch McConnell. 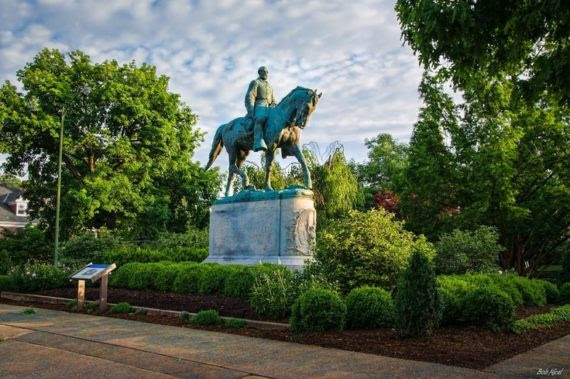 Most modern historians reject any suggestion that the South fought the Civil War over states’ rights. They insist that the only states’ rights the South cared about, “as neo-confederates are loath to admit,” was slavery.  (According to Wikipedia, “neo-confederate is a term that describes the views of [those] who use [illegitimate] historical revisionism* to portray the [Confederacy] and its actions in the Civil War in a positive light.”) Thus, they conclude, slavery was the solitary cause of the war. They ignore evidence like the South’s persistent objections to federal public works spending, which antebellum Southerners regarded as a responsibility of the individual states and therefore a counterpart to states’ rights. But that’s another story.

Why the Miami bridge broke

Via comment by Papa on Is Social Justice Begining To Contaminate Tech And...

A Glimpse at the Making of a Legend: Springfield Armory’s M1A

Why We March I

Have your march tomorrow then go back to your sleazy gun-grabbing ways, 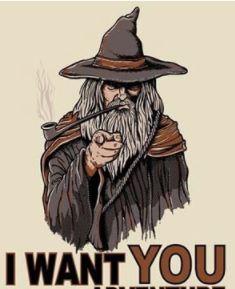 As you may know, two members of our staff, Christian Heyne and Lori Haas, have been directly affected by gun violence. Christian’s mother was shot and killed in California by a man who never should have been allowed to have a firearm. Lori’s daughter was shot at Virginia Tech by a student whose disqualifying record should have been in the background check system. CSGV believes in a future free from gun violence, one where families like Christian’s and Lori’s are no longer ripped apart by gun violence.

We hope you will join the millions of Americans showing their support for gun violence prevention either here in Washington, DC or your local community.

Thank you for your continued support. Together, we can stop gun violence in all its forms.

March for our Lives 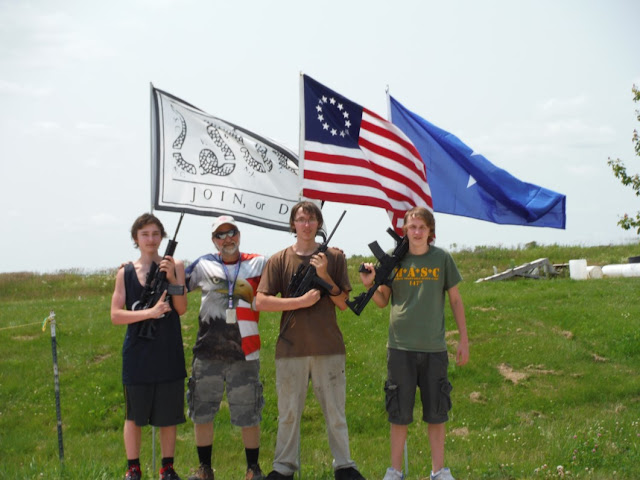 The march for our lives people are coming to my home town this Saturday to march. As I write this my boys plan on going, but as part of a march against. They will/should be carrying flags I.e. Don’t tread on me, join or die, come and take it, Third National. I will follow up on Saturday night with pictures, story?... maybe even a news link

Any suggestions for the boys? (Not a thing and congratulations!)

06 Apr 1968, near Khe Sanh, South Vietnam --- Poncho-covered bodies of American soldiers killed in action lie on a hill as troops carry the bodies of the dead to waiting evacuation helicopters.
Posted by Brock Townsend at Friday, March 23, 2018 No comments: