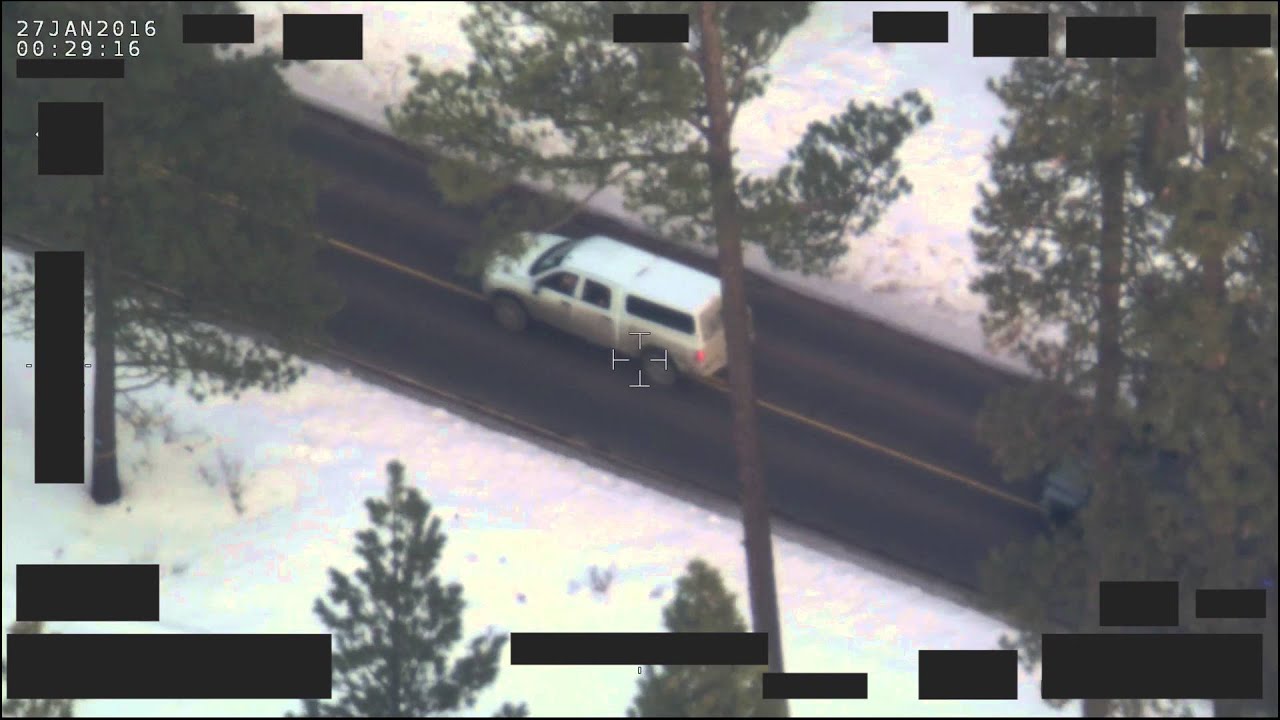 He was acting very strange and does appear to reach under his jacket as he was returning to the car? I stand corrected for now.
Posted by Brock Townsend at Thursday, January 28, 2016 18 comments:

N.O. Monuments "If not moved before Mardi Gras it won’t be an issue. No one will say anything, because no one really cares.” 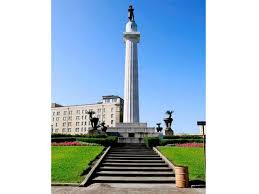 A judge ruled Tuesday that New Orleans can move forward with plans to take down its storied Confederate monuments, but the job is big, and won't be easy.

Historians and preservationists balked, saying the iconic monuments are part of the city's past, but a federal judge's denial of their bid for an injunction means the markers can come down. 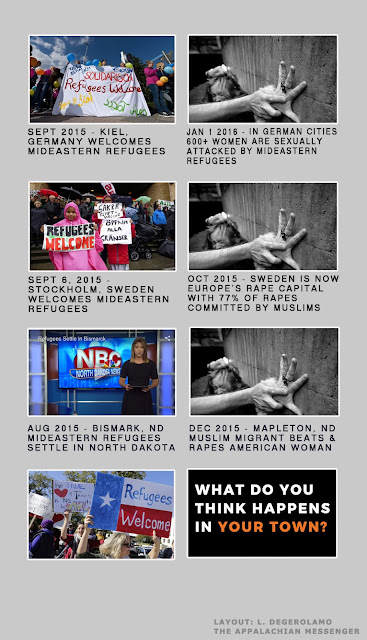 "Click here RAPEFUGEES to download with a fill-in message box to customize your poster."
Posted by Brock Townsend at Thursday, January 28, 2016 6 comments:

Via Michael Downing via NCR

Additionally, we need to ask why non-lethal/less-lethal means weren’t used in order to subdue LaVoy, especially if his hands remained up.)

Makes zero difference if a weapon wasn't visible since even if he was charging the squad? of cops, he wasn't armed and they obvious could have used tasers.
The cop who came to my door was attacked by a neighbor's large German Shepherd, calmly maced him and he would have been more of a danger that the 55 year old unarmed man charging? a group of heavily armed men. Unless they are pussies, then they chose to kill him.

sjJanuary 28, 2016 at 12:43 PM
This is how much the overton window has shifted. We are discussing whether the police state is justified in shooting to death an unarmed man whose crime was standing up to tyranny.

It’s been a very long 36 hours since yesterday’s events began unfolding. Avoidable tragedy struck Tuesday afternoon when LaVoy Finicum was shot and killed. Since then, there have been at least four different accounts of what happened. We’ve seen wild and inaccurate speculation about what’s going on at the Refuge, which has been contradictory to on the ground reporting.

In these times, we need to focus on discerning facts from opinions, and separate what’s more likely to be true from what’s less likely to be true through a structured process. What follows is my personal account of following the situation, including talks with sources on the ground and on conference calls with Sergeant Major Joseph Santoro (U.S.A., Ret.), Stewart Rhodes, State Representative Matthew Shea (R-WA), Jason Van Tatenhove, and others.

Here’s what we know.

Via comment by Quartermain on "Swedish Police Rescue Raped Boy from Refugee Cente...":

The mother of a Swedish refugee centre worker allegedly killed by an asylum seeker at the shelter has spoken of her grief as her family blamed Swedish politicians for her death.

Chiméne Mezher described her daughter as her "angel" on Tuesday, hours after a teenage asylum seeker was charged with murder. Alexandra Mezher had been stabbed to death on Monday morning.

The young man who has not been named was taken into custody after the 22-year-old died. Swedish news agency TT said he was 15 years old.

Only By Blood and Suffering: Regaining Lost Freedom

Only by Blood and Suffering: Regaining Lost Freedom, tells of a family's struggle to come together and survive in the midst of national crisis. A stirring, fast-paced novel about what matters most in the face of devastating end-times chaos.

Filled with gripping action and relatable characters, readers are drawn into the heart-rending dilemmas each member of the Bonham family faces. You may even find yourself stopping to ask, "What would I do?"

LaVoy Finicum is a real life Northern Arizona Rancher who loves nothing more in life than God, freedom, and family. His spine tingling storytelling conveys in graphic detail just how fragile and precious freedom truly is and leaves his readers with an increased desire to stand for freedom wherever possible.

As the armed occupation of the Malheur National Wildlife Refuge in Oregon dragged on for most of January, local law enforcement was spread thin and federal agents were nowhere to be seen.
Behind the quiet facade, however, the FBI was running surveillance on the occupation and recording the activists’ public statements, mostly drawn from media reports and the activists' use of social media, while FBI agents encouraged locals to report their experiences with the new strangers in town.

"They shot him dead." 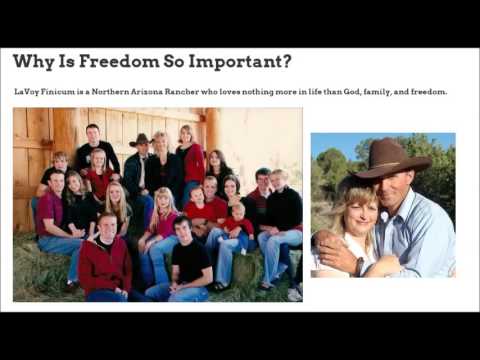 First-hand, eyewitness audio testimony of one person's perspective on what happened to LaVoy Finicum on January 26, 2016. The witness you're going to hear was in the car with LaVoy, Ryan Payne, Ryan Bundy, and Shawna Cox.
HERE
Posted by Brock Townsend at Thursday, January 28, 2016 6 comments: