The War Power is All Power

A bill to establish a Bureau of Freedmen’s Affairs was introduced in the House of Representatives on February 17, 1864, by Massachusetts Republican Rep. Thomas D. Eliot. Democrat Rep. Samuel S. “Sunset” Cox of Ohio responds to the bill, in part, below.
www.Circa1865.org   The Great American Political Divide

The War Power is All Power

“Mr. Cox said: “Mr. Speaker . . . the member who introduced it [Mr. Eliot] recalled to our minds the fact that we opposed the confiscation bill for its inhumanity. This bill is founded in part on the confiscation system. If that were inhuman, then this is its aggravation. The former takes the lands which are abandoned by loyal or disloyal whites, under the pressure of war; while the present system turns these abandoned lands over to the blacks.

The effect of former legislation has been, in his opinion, to bring under the control of the Government large multitudes of freedmen who “had ceased to be slaves, but had not learned how to be free.” To care for these multitudes he presents this bill, which, if not crude and undigested, yet is sweeping and revolutionary.

Yale Professor: 'Every single person I have...asked' has said 'life was better under the Soviets' 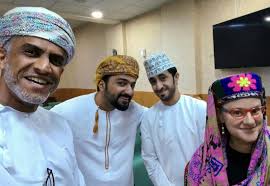 A Yale University professor claimed that all of the people she surveyed in Eastern Europe and Central Asia insisted that “life was better under the Soviets."

Emily Jane O'Dell also spoke of another Ivy League professor, who apparently claimed that coming to the U.S. was the “greatest mistake of her life” and that “at least [they] were human” in post-Soviet nations.

O'Dell has previously asked whether “white men [should] be required by law to attend re-education centers to help prevent mass shootings."

Posted by Brock Townsend at Thursday, July 11, 2019 No comments:

Foxy'z or Foxhole's Grandfather was Wild Caught and a Grand Champion

Grandfather Jesse was wild caught and a Grand Champion.

Homeland Security: We've done all we could with limited resources for migrant children

Since last fall, the Department of Homeland Security has consistently stated that Border Patrol’s temporary holding spaces were not designed nor ever intended to detain the record numbers of migrants illegally crossing the border, including tens of thousands of unaccompanied children and families every month.

During multiple border trips, our panel consistently observed alarming conditions at holding facilities despite Border Patrol’s valiant efforts to feed, clothe and improve medical care for migrants, many of whom arrived diseased or ill from the perilous journey.

Epstein Accused of Forcible Rape; Trump Banned Him From Ma-a-Lago

The federal sex-trafficking indictment of Wall Street wizard Jeffrey Epstein does not allege that the financier and friend of presidents and stars coerced his minor victims to the sex acts for which he paid after a “massage.”

But now a woman who wound up in Epstein’s massage parlor says just that. Epstein, she alleged in an interview with NBC, raped her.

When Christine Blasey Ford came forward to accuse then-U.S. Supreme Court nominee Brett Kavanaugh of decades-old sexual assault, little was known about her; in fact, she had no social media footprint at all — an extreme oddity for modern times.

But according to a new book set for release on Tuesday, penned by two prominent conservative politicos, Blasey Ford “completely scrubbed” her digital footprint weeks before sending the sexual assault allegation to Sen. Dianne Feinstein (D-CA) in the form of a letter.


More @ The Daily Wire
Posted by Brock Townsend at Thursday, July 11, 2019 No comments:

Tool Station: Not Under my Roof

Posted by Brock Townsend at Thursday, July 11, 2019 No comments: