CBM: You're So Easy To Love

Police: Gang of US bank robbers intended to kill

A gang of U.S. bank robbers who took three women hostage during their getaway attempt and waged a deadly, high-speed gunbattle with police were heavily armed, had ammunition magazines taped or strapped to their bodies and intended to kill, police said Thursday.

Two of the robbers were killed Wednesday along with a hostage who police said was used by the only surviving suspect, 19-year-old Jaime Ramos, as a shield.

"In my over two decades of law enforcement I have never seen or experienced this type of total disregard for human life," Stockton Police Chief Eric Jones said.


According to the court document, Mr. Swallow told Mr. Johnson “the price to obtain access to Rawle’s contact person likely ‘won’t be cheap.’” Days later, in an Oct. 7, 2010, email message with the subject line of “Senator Reid,” Mr. Johnson wrote to Mr. Rawle asking about the connection.

“I talked with John Swallow, and he said you might have some connections to Reid that might be helpful to us,” Mr. Johnson wrote in the email to Mr. Rawle, citing his problems with the FTC.

The court records show Mr. Johnson subsequently wired money to an account controlled by Mr. Rawle totaling $250,000, and that Mr. Rawle subsequently sent payments of $8,500 and $15,000 to Mr. Swallow from that same account.

“A patriot must always be ready to defend his country against his government.”
―Edward Abbey, American author

There’s a lot to love about America and its people: their pioneering spirit, their entrepreneurship, their ability to think outside the box, their passion for the arts, etc.  Increasingly, however, as time goes by, I find the things I don’t like about living in a nation that has long since ceased to be a sanctuary for freedom are beginning to outnumber the things I love.

'They said his soul was gone': Wife's outrage after unconscious vet was pronounced DEAD at VA hospital 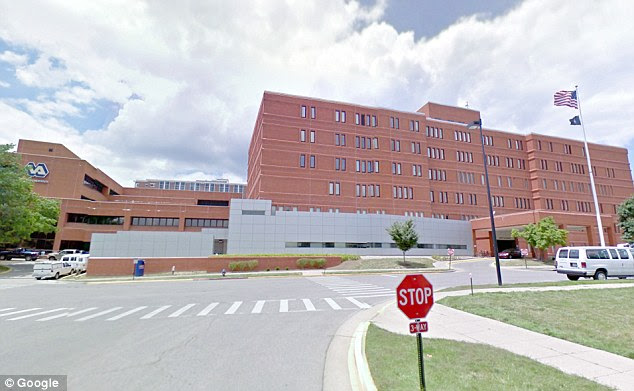 A woman in Kentucky is demanding answers from a local VA hospital after she claims her husband was erroneously pronounced dead.

According to Jennifer Dunn, doctors at the Lexington VA Hospital assured her last week that her husband, Danny Dunn, was no longer among the living.

The wife was given her husband’s time of death, but when she went into his room to bid a final farewell, she found Mr Dunn with a strong heart rate and blood pressure.

Nothing conveys a sense of clear displeasure with the actions of a rogue government than showing up to protest their actions with firearms:

More than 50 people from across Michigan turned out to protest the possibility that a Vassar facility could house Central American children and teens who have fled into the country.

The group, led by Michiganders for Immigration Control and Enforcement organizer Tamyra Murray, marched a little more than a mile, from Vassar City Hall to Wolverine Human Services’ Pioneer Work and Learn Center.

Some carried AR-15 rifles and handguns, while others carried Gadsden “Don’t Tread on Me” flags, American flags and Rochester resident Jeff McQueen’s “second American revolution” flags, designed from Betsy Ross’ flag with a Roman Numeral II in the middle.

Late last week I reported 16 MS-13 gang members exploiting the unaccompanied minor crisis were being housed at a Border Patrol processing center in Nogales, Arizona. The gang members were discovered after graffiti was left on bathroom walls. Further investigation shows gang members from different criminal organizations were also discovered after a fight broke out between two rival MS-13 and 18th Street gang members in a shared holding cell. The gang members admitted in interviews with Border Patrol agents they had engaged in murder and torture in their home countries of Honduras, El Salvador and Guatemala before heading north to the United States. It was also confirmed through sources gang members have been using the processing center as a recruitment hub for new members.

Israeli Prime Minister Benjamin Netanyahu and his Defense Minister have ordered the Israel Defense Forces into the terrorist-controlled Gaza Strip. The order to fight Hamas on the ground came at 10:30 p.m. local time Thursday.

Posted by Brock Townsend at Thursday, July 17, 2014 No comments: 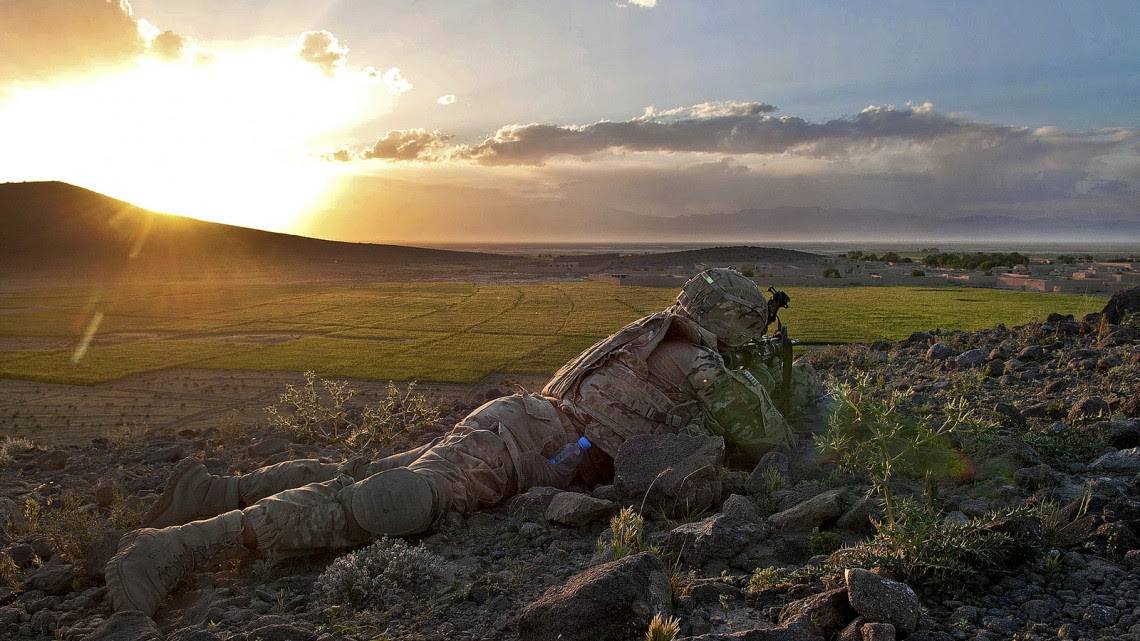 When it comes to problems and threats facing the United States, as a former special operator and Air Force pilot, my heart lies with national security.  The destruction of our country from within is definitely happening, but will take time.  In today’s world of terrorism and weapons of mass destruction, a threat to our national security can manifest itself with devastating consequences in a very short period of time.  So who is minding the national security store and advising our Dear Leader?

Let’s start with the National Security Advisor, Dr. Susan Rice, who conveniently is married to an ABC News producer.  She served in various diplomatic posts during the Clinton presidency but State Department veteran Richard Holbrooke considered her “incompetent.”  She was instrumental in preventing the United States from dealing with the Sudan government when they offered to provide the U.S. intelligence on Osama Bin Laden’s location in the late 1990s.  But she is most famous for blatantly lying to the American people regarding the cause of the killing of a United States ambassador and four others in Benghazi, Libya.  Hopefully, Congressman Trey Gowdy’s investigation into this matter will finally provide the facts to the American people on what really happened that night.

Former Border Patrol Deputy Chief: Thanks to Obama Administration, We’re Back to a Pre-9/11 Security Situation 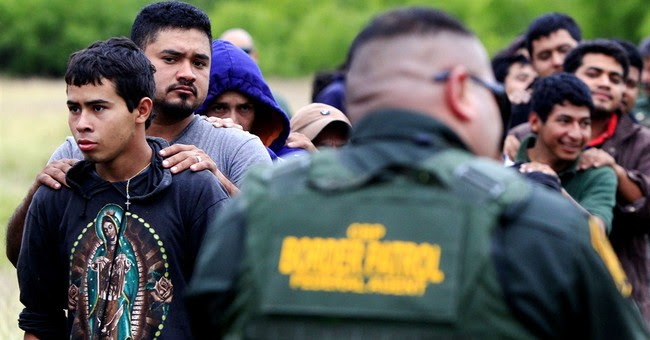 Hundreds of unaccompanied minors are crossing into the U.S. daily, and one of the major security concerns with the influx of illegal immigration is that we have no idea who is coming here. Because of this, Ronald Colburn, former national deputy chief of the U.S. Border Patrol, says all the progress that was made after 9/11 is now gone.

I think we can start the paperwork for Anthony Jacob Chavez’s Darwin Award:


Albuquerque police say an alleged probation violator threatened a deputy U.S. marshal with a BB gun before the deputy marshal shot him.

Chavez was on probation on a conviction for transporting people illegally in the United States. The conviction resulted from a 2010 arrest in Luna County.

I’m tempted to write Chavez’s death off as a suicide-by-cop. Even those individuals with room temperature IQs know that pointing a firearm—real or replica—at a law enforcement officer is a Very Bad Idea™.

Detroit— Fed up with crime, some armed Detroiters have developed itchy trigger-fingers — and Police Chief James Craig said lawbreakers are getting the message.

Malaysian Plane 'Shot Down' With 295 On Board

A passenger plane which crashed as it flew over eastern Ukraine with 295 people on board was reportedly shot down.

The Malaysia Airlines plane, which was flying from Amsterdam to Kuala Lumpur, was travelling at an altitude of 33,000 feet (10,000 metres) when it was shot down, Russia's Interfax reported.

An adviser to the Ukrainian interior ministry told the news agency the Boeing 777 was brought down by a Buk ground-to-air missile.

All 280 passengers and 15 crew members who were on the plane are believed to have died, he added.

Tooth-to-Tail Ratio Or, the illusion of the moderate Muslim majority

More @ Gates of Vienna
Posted by Brock Townsend at Thursday, July 17, 2014 No comments: 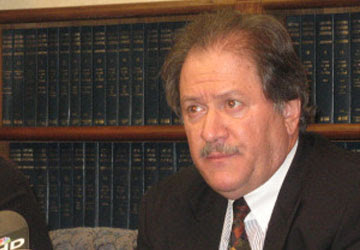 "Any normal person who had been in government as long as Eric has been . . . would've learned by now that this type of incendiary rhetoric, which is baseless in fact . . . is simply unacceptable for a senior government official," said diGenova.

In a fiery retort to the attorney general's recent interview with ABC News, diGenova said both his "old friend" Holder and Holder's boss, President Barack Obama, were alleging racism against an unspecified "some" to excuse their failings in office and deflect legitimate criticism.

He called Holder's generalized claim of racial resentment "utter nonsense" and "faculty lounge crap." He also suggested that Holder was taking his rhetorical cues from the president, whom diGenova compared to a "street urchin" running a con.


More with video @ Newsmax
Posted by Brock Townsend at Thursday, July 17, 2014 No comments:

Voices from the depths of hell: Photos show messages of love, faith and patriotism carved into walls of vast network of tunnels where men lived and died during the First World War 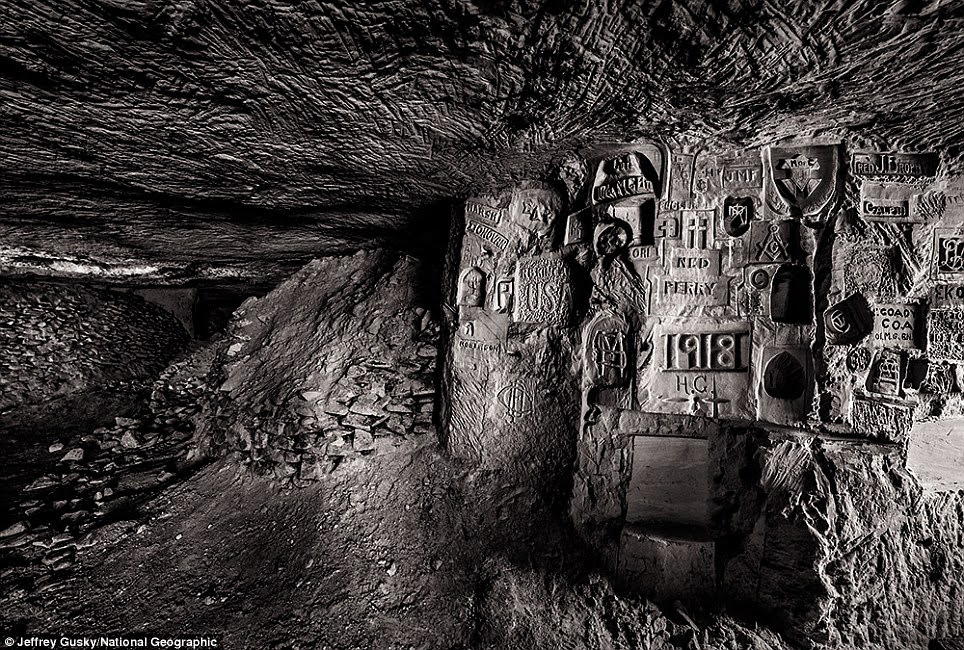 Photographer Jeff Gusky and writer Evan Hadingham explored the forgotten caverns of the Great War
The underground chambers are decorated with signatures, slogans and even elaborate carvings by soldiers
Although better than the trenches, conditions in the cavern were unpleasant and sudden death never far away


These starkly-beautiful images bring to light the subterranean conditions endured soldiers of the First World War while they sheltering from constant artillery fire.

Even though the fear of death always hung over the men - or perhaps because of it - the soft stone of the carved-out walls are covered in personal expressions of identity and survival.

The stills were taken by Texan photographer Jeff Gusky, who chronicled the tunnels in France alongside National Geographic writer Evan Hadingham.

Mr Hadingham wrote: 'The entrance is a wet hole in the earth little bigger than an animal burrow, obscured by thorny brush in a secluded wood in northeastern France. Together we slither through the muddy hole into the darkness below.

'After a few hundred feet the tunnel ends at a little cubicle hewed out of the chalk, reminiscent of a telephone booth.'