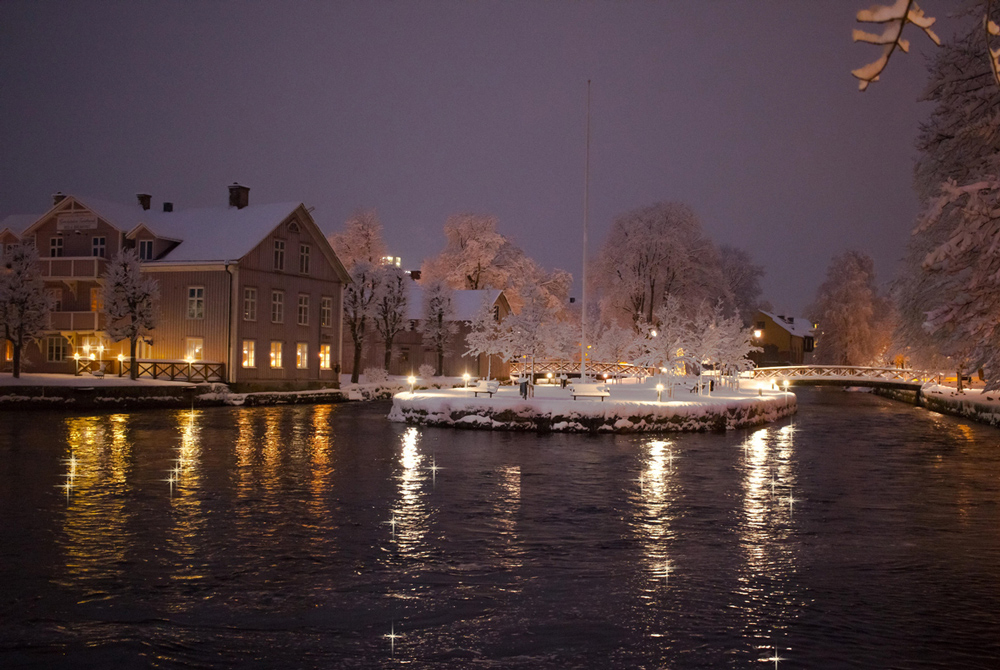 As a consequence of taking in so many migrants within a relatively short time span, not only during the extraordinary migration crisis in 2015 but generally in the years 2012-2017, municipalities are fighting high unemployment, a rise in child poverty and rising social welfare expenditures, according to Jim Frölander.

"I have tried to defend Malmö," Emma Zetterholm said, "But the more time passes and you notice that there is no improvement, you eventually lose your resilience".

"As a parent, you become angry, desperate... The result is that those who can, and can afford it, move.... To a quieter part of the country or abroad. Those who do not have the same opportunities [to move] remain where they are. It's devastating..." — Former Minister of Labour Sven Otto Littorin, who now lives and works in Dubai, on Facebook.

"About 13 percent of the population in Sweden experience problems in their own residential areas with crime, violence or vandalism. It is one of the highest proportions in Europe." By comparison, the other Nordic countries were placed among the countries with the lowest percentage of the population who experience such problems...." — Statistics Sweden, April 25, 2019.

12-year-old South Vietnam Special Forces soldier with M-79 grenade launcher standing looking at destruction around French military cemetery after long-lasting battle.. The young soldier was adopted by the Jump.
Posted by Brock Townsend at Saturday, October 05, 2019 No comments: Links to this post 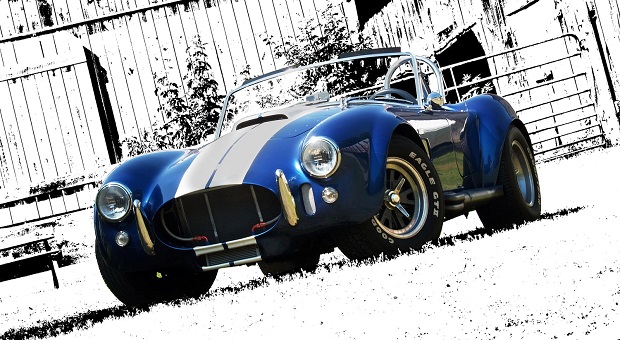 The moment Peter jabbed the throttle, it felt like my chest suddenly went concave. The thrust of the car threw me back into my seat. I was squeezed against the straps of a 2-point harness. If I had been toothpaste, I’d be all over the bathroom floor. And that was just a short burst of acceleration. When a truck caught up to us at a red light, the driver yelled out of his cab window, “Now that’s a car!”

He was referring to Peter’s 2002 Superformance Mk III 1965 AC Cobra, the only Cobra replica built under license from Carroll Shelby Licensing, Inc. (chassis number 1194). As Peter states emphatically, this is not a kit car.


More @ Racing Junk
Posted by Brock Townsend at Saturday, October 05, 2019 No comments: Links to this post

This is an original body & interior 1999 Ford Saleen Mustang. Yes, it’s a real Saleen. I apologize to all of the Ford purists. It has a green title, never wrecked, etc. The original motor finally let go about 4 or 5 years ago. It sat for a year or two. I started putting together a motor for my 65 Chevy II which ended up in this car. The Mustang was totally gutted, leaving most of the interior and all of the body in tact and EVERY other part replaced with a brand new aftermarket part. Front and Rear Suspension, Rear Axle, Fuel Cell, Fuel System, Brakes, Engine, Transmission, Cooling System, etc.

Literally EVERYTHING. The body is probably an 9 out of 10. Paint is probably a 7, There are a some stone chips on the front and a some spot where the clear coat has peeled, etc. Its 20 Years old but less than 50,000 original miles. The interior is missing the gauge cluster and is replaced by a Holley Dash. The center console now has a Hurst shifter in it, the radio and climate controls are missing as well. The rear seat is missing and has a nice delete kit. It has power windows, power seat, power locks. The windows have a nice tint to them. Its a head turner. Best part for me is that everything fits under the original flat hood!


More @ Racing Junk
Posted by Brock Townsend at Saturday, October 05, 2019 No comments: Links to this post

The Way Life Should Be? Vol. IX: Cheap Labor is the Opiate of Dying Nations John Q. Publius

“The [labor] shortage is so acute ... other companies have gone so far as to offer higher wages to entice locals.”-Martha Searchfield, Bar Harbor Chamber of Commerce
You may remember that several years ago, Disney became notorious for hiring imported H-1B visa workers to replace their higher-paid American counterparts, and threatening to withhold severance packages if the outgoing American employees refused to train their new replacements. This then-new policy was overseen by Partnership for a New American Economy (NAE) member and Disney CEO Bob Iger. Recall the sheer number of powerful executives, major economic players, and prominent politicians among NAE’s ranks, as catalogued in the previous piece, and understand that it is no surprise that there has been virtually no resistance to the mass importation of scab labor from either the public or private sectors outside of organized labor and the odd Bernie Sanders (although the “new and improved” Sanders has changed his tune).
More @ The Anatomically Correct Banana
Posted by Brock Townsend at Saturday, October 05, 2019 2 comments: Links to this post 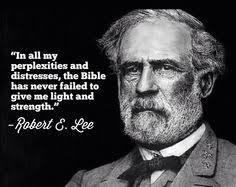 Another Look At Robert E. Lee

Just after the so-called “Civil War” (it was actually the War for Southern Independence, which was fought from 1861-1865), the U.S. government was in shambles. It was broken and was being run by usurpers and retards. This era was known as Reconstruction. It was a 12-year, nightmarish period of government by illegal rule and by riff-raff, rather than by legal legislation. Under Reconstruction, people who had no business serving in the federal government nonetheless became “Senators” and “congressmen”; during that time, there were 21 retarded, illiterate negroes serving in the House of Representatives (indeed, during Reconstruction, the American government was partly led, albeit largely symbolically, by a negro, Joseph Rainey, the first Black presiding officer of the House of Representatives; America also got its first full-term negro Senator during Reconstruction [1][2]; mind you, in that era, negroes were not generally considered to be “equal” to White people). Under Reconstruction, laws that were not legally ratified (e.g., the 14th Amendment) were nonetheless called “fully ratified” and “legal” [3]. The Reconstruction era was “illegitimate and illegal government,” pure and simple (and Reconstruction was often enforced by the federal government via bayonet-point! Does that sound familiar? Right! The exact same thing happened 100 years later in Alabama in opposition to the policies of “racist” White governor George Wallace).

Now, America finds itself under Reconstruction II, in a sense, meaning that the federal government is again broken, and retards and usurpers are again roaming the halls of Congress, trying desperately to remove the legally elected president Donald Trump from office by using any ridiculous and illegal method they can think of, and also, trying to pass various unconstitutional laws whenever they have an opportunity to do so (e.g., “red flag” gun laws).

The 14th Amendment was never ratified, therefore, it is null and void.

--Reborn
Posted by Brock Townsend at Saturday, October 05, 2019 No comments: Links to this post

Speaker Nancy Pelosi, Chairman Adam Schiff, and Democrat leaders in Congress are trying to remove President Trump through a series of closed-door hearings. They are ignoring longstanding precedent by preventing the public from scrutinizing the evidence and evaluating their witnesses.

Presumably they will ignore precedent and prevent the President’s counsel from representing the President, while preventing Republicans from calling witnesses.


More @ Townhall
Posted by Brock Townsend at Saturday, October 05, 2019 No comments: Links to this post

Marine Corps Eyeing Modular Grenade; Stack Three and You Can Bring Down Buildings


The United States Marines, already known around the world as proficient problem solvers, could be getting a new device that would be a major game-changer in combat operations.

A groundbreaking kind of hand grenade, designated “Mk 21 Mod 0” by the Marine Corps, is designed to stack and interlock together to provide a flexible level of explosive power.

The White House on Friday issued a proclamation that would halt migrant entry into the U.S. if the person is pursuing a visa and "will financially burden the United States healthcare system."

Migrants will be considered people who will burden the system if they are not covered by approved health insurance within 30 days of entering the country unless they have enough money to "pay for reasonably foreseeable medical costs."


More @ The Hill
Posted by Brock Townsend at Saturday, October 05, 2019 8 comments: Links to this post

This just happened in a so-called Red State:


A gay high school senior in Tennessee was crowned to his school’s homecoming court Friday night while wearing a dress, which was met with widespread support from school officials and fellow students.

More @ The American Conservative
Posted by Brock Townsend at Saturday, October 05, 2019 2 comments: Links to this post

‘That’s a felony’: Guess what the whistleblower reportedly did NOT feel the need to blow the whistle about with the IG

Sean Davis ✔ @seanmdav
The form submitted by the complainant required him to disclose all contacts he had regarding his allegations. If he failed to disclose those interactions with Schiff before filing the complaint, he could be subject to felony false statement charges. https://twitter.com/ShannonBream/status/1180185231774687232 …

As you know, the whistleblower that Rep. Adam “4 Pinocchios” Schiff keeps talking about seems to have run into some things that could, at the very least, cause many to question his or her credibility.

Here’s another detail that would blow Adam Schiff’s actions, deceptions and lies completely out of the water, as reported originally by Fox News’ Catherine Herridge:


More @ Twitchy
Posted by Brock Townsend at Saturday, October 05, 2019 No comments: Links to this post

Nancy Pelosi is featured prominently in the Viscoil video ad!

Quid-Pro-Joe and his son Hunter are not the only Democrat family members cashing in on their prominent positions.

Nancy Pelosi’s son Paul is also on the board of an energy company.


More with videos @ The Gateway Pundit
Posted by Brock Townsend at Saturday, October 05, 2019 No comments: Links to this post