A Marine Corps officer who has been locked in a legal battle with his service after self-reporting that he improperly disseminated classified information will use Hillary Clinton’s email case to fight his involuntary separation from the service, his lawyer said.

Maj. Jason Brezler’s case has been tied up in federal court since he sued the service in December 2014. He became a cause celebre among some members of Congress, Marine generals and military veterans after he sent a classified message using an unclassified Yahoo email account to warn fellow Marines in southern Afghanistan about a potentially corrupt Afghan police chief. A servant of that police official killed three Marines and severely wounded a fourth 17 days later, on Aug. 10, 2012, opening fire with a Kalashnikov rifle in an insider attack.

King tweeted, “#DallasPoliceShooting has roots in first of anti-white/cop events illuminated by Obama…Officer Crowley. There were others.”

"Gingrich is VP nominee for a few days and is already cucking."

Good Lord, he must have lost his mind speaking to Van Jones.  Please, put a fork in him Trump.

Former Speaker Newt Gingrich on Friday said white Americans "don't understand being black in America" as he reflected on a series of shootings across the nation this week.

“It took me a long time and a number of people talking to me over the years to begin to get a sense of this: If you are a normal, white American, the truth is you don’t understand being black in America and you instinctively underestimate the level of discrimination and the level of additional risk," Gingrich said.


More with video if you can stomach it @ The Hill
Posted by Brock Townsend at Friday, July 08, 2016 4 comments:

Via comment by Anonymous on NO CIVIL RIGHTS INVESTIGATION: Army reservist Mica...

He was eventually shot by USMC snipers.

He was a newly married grandfather, a former U.S. Marine and a veteran cop who had gone to Iraq and Afghanistan to help train local police. But Brent Thompson died protecting the rights of fellow Americans to criticize his brethren in blue.

The 43-year-old Thompson, who joined the Dallas Area Rapid Transit police department in 2009, was the first identified of the five city police killed in a coordinated sniper attack Thursday night in a protest against police brutality. The other names, as well as several who were wounded, are expected to be released Friday morning, following the nation's deadliest day for law enforcement since 9/11.

"All those protesters last night, they ran the other way expecting the men and women in blue to turn around and protect them. What hypocrites!" Robert Gore
Rotten to the Core

John Myers
Apocalypse Mindset: Don’t Let It Get You Killed 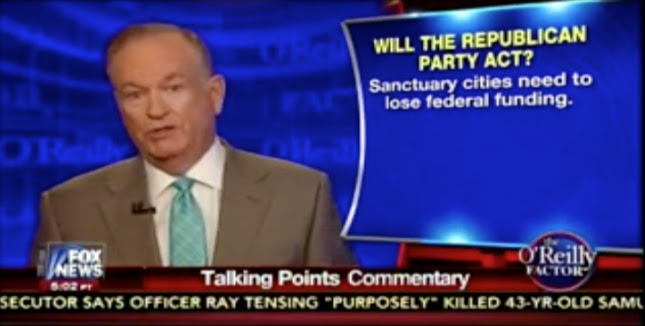 Finally acting on a promise made to House leaders, the Justice Department on Thursday shut off funding to so-called "sanctuary cities" that ignore federal laws and protect illegal immigrants wanted for crimes.

"Today, the DOJ notified local and state law enforcement agencies across America that they will no longer be eligible for federal law enforcement grants unless they certify under oath that their local or state laws do not interfere 'in any way' with requests for immigration information from federal authorities," according to Texas Rep. John Culberson who demanded action earlier this year. 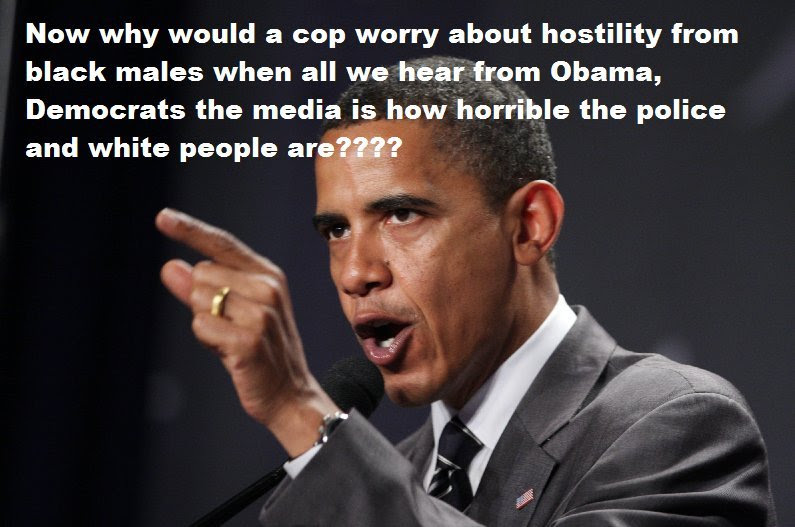 But, two days ago the Obama Justice Department announced they would investigate the shooting of felon Alton Sterling, who died while wrestling with cops, as a civil rights investigation. Sterling was black.

The man who shot 12 police officers, killing five, at a Black Lives Matter protest in downtown Dallas on Thursday night has been named as Micah Xavier Johnson, a 25-year-old Army reservist with no criminal history or ties to terror groups.

Johnson, from Mesquite, Texas, a 20 minute drive from Dallas, reportedly told law enforcement that he was a veteran, and claimed to have acted alone, countering reports that as many as four gunmen were involved in the massacre. James Comey gave us every reason to look upon that stage in Charlotte, North Carolina, with abject disdain toward two of the biggest liars in U.S. political history. When Barack Obama and Hillary Clinton stood together on that stage, you saw two people who abandoned Americans to die and lied about it. We saw on that stage that the new American socialist party resembles the old Soviet politburo where there are no rules for the few — but rules, laws and edicts for others.

If you looked upon Barack Obama and Hillary Clinton on that stage yesterday and cheered, the day after our 240th American Independence Day — you are no Patriot and citizen of this Republic. You are nothing more than, as Vladimir Lenin stated, a “useful idiot” — and a supporter of liars. We can ill afford the mindless lemmings to take this nation further down the road to perdition. Thanks, Director Comey, you may have just become the one person who will end the corrupt reign of the Clinton Family, and terminate any chance for an honorable legacy for Barack Obama.

Via comment by Anonymous on UNC: Watters' World: Microaggressions edition

All of the people arrested are currently being held in the Van Nuys jail, on no bond.

Nearly a dozen people are in custody, including Snopes CEO David Mikkelson, following a bust of a major dogfighting ring. The San Fernando Police Department and the FBI all took part in the early morning raids targeting the home of the popular Internet “writer” who is known for making his money by copying the original writings of fake news sites.

RNC Chair: Folks Not Supporting Trump Are ‘Screwing Around With The Next 40 Years’

Thursday on the “The Mike Gallagher Show,” Republican National Committee chairman Reince Priebus said considering the Supreme Court picks the next president is likely to have, some Republicans “are screwing around with the next 40 years,” by not supporting presumptive Republican nominee Donald Trump.

Priebus said, “It’s important for those folks to understand that support for someone else, or nobody, is support for Hillary Clinton and Sonia Sotomayor and a lot more of them on the Supreme Court…So they’re not just screwing around with the next four years. Some of these folks are screwing around with the next 40 years. So if you actually believe in this stuff and you actually want to have a conservative Supreme Court, and you think it matters, and you want someone to actually sign a budget bill that balances the thing hopefully within the next ten years for God sakes, then you’re gonna need a Republican in the White House. Otherwise we’re just wasting everyone’s time and money.”

HACKED: Is AG Lynch coordinating with BLM activists to disrupt Republican & Democratic Conventions so that martial law will be declared & elections suspended/indefinitely postponed?

This allegation is the subject of hundreds of articles regarding a series of purported direct messages between three leading Black Lives Matter activists.


What we do know

On Friday, June 10, 2016, Black Lives Matter (BLM) leader and former Baltimore Mayoral Candidate DeRay McKesson claimed that someone hacked into his phone and took control of his twitter account. DeRay McKesson reported the hack to The Baltimore Sun. On June 11, 2016, a twitter user who calls himself The Saint (@TheSaintNegro) tweeted what he claims are private direct-message conversations that occurred on June 10 between DeRay McKesson and Johnetta Elzie, in which the two discussed coordination of plans to cause the declaration of martial law through disruptive protests and direct action at the upcoming Republican National Convention in Cleveland, Ohio, and the Democratic National Convention in Philadelphia, PA.

In the aftermath of the Thursday night ambush in downtown Dallas that left 5 police officers dead and several more wounded, very little is known about the shooting suspects.

According to Dallas officials, one male suspect is dead and three more, two men and one woman are in custody.

At a Friday morning press conference, Dallas Mayor Mike Rawlings began by saying that due to the ongoing investigation, “We’re not going to tell you anything about the suspects. We will when it’s the right time, now is not the right time.” 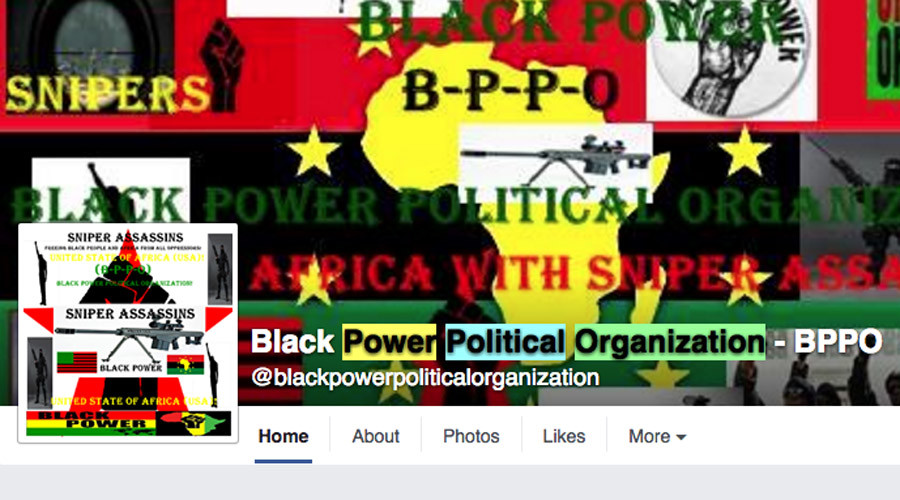 A Facebook community dubbed the ‘Black Power Political Organization’ has claimed responsibility for the shootings in Dallas, which killed at least five police officers. Their page retrieved from cache reveals they promise more attacks.

The group’s page on Facebook appears to have been deleted or blocked, but its content is still available on Google cache.

On Friday, the group claimed their “sniper assassins” took down “five police officers,” according to the screen grabs.

The organizer of the Dallas Black Lives Matter rally, in which four cops were murdered and numerous others injured by trained snipers, is a sodomite pro-Muslim agent. His name is Jeff Hood. In 2015, after American Christians protested an Islamic event in Dallas, this reprobate, Jeff Hood, said:

“I think that Texas Muslims are the real Christians.”

Jeff Hood says that he is a Baptist minister, but I believe that this is a disguise that he is using to cover his Islamic sentiments. In one statement, Hood described a conversation with a Muslim “about Islam," and of how “The beauty of the way they talked from an Islamic perspective about Jesus and the need to love all people moved me deeply.  Their faith pushed me to believe again.” The “Islamic perspective about Jesus”? This is the antichrist anti-Trinitarian Jesus, and he is embracing this false christ? Hood also promotes an Islamic Jesus and even states that Jesus converted to Islam. In his website, he posts a picture of Jesus dressed as a Muslim:

Dallas Police Chief David Brown has confirmed at least 10 police officers were shot and at least three were killed in an attack by two snipers in downtown Dallas at a protest of officer-involved shootings across the country.

"Tonight it appears that two snipers shot ten police officers from elevated positions during the protest/rally," Brown wrote in a statement. "Three officers are deceased, two are in surgery and three are in critical condition. An intensive search for suspects is currently underway. No suspects are in custody at this time. We ask that any citizen with information regarding the shootings tonight call 214-671-3485."

The shot officers include both Dallas police and DART officers.