This is my "SAD PANDA" story.

Thought I would share this with you, I have ran this and follow up feelings since July 29th on my shops facebook  page, Having no daughters of my own I have a soft spot for the ones who appear lost or in need of some one who will listen and help without being demeaning.


I Found out today one of my "Adopted Daughters" A Customer/Friend, committed suicide. I truly believe that after all she had been thru in her life, at least the parts I had become privy to, She is finally at Peace and in a better place.

So this young girl, 23? had the shittiest life on the planet, every one either used her, abused her, beat her or rented her out, including her "father", me in my way, saw a young girl who needed a break and gave it to her, I think it's called befriending or something. I first met her installing a baiid device in her "car" that she had apparently been living in to some extent and when you have to work on the interior of someone's vehicle you cant help but notice a lot of things, strip club referral cards, drug paraphernalia, and all the other poor life choices accessories that go with it. When she came to pick it up she literally had $170.00 in singles and quarters, so I asked her if that was all the money she had and she gave me a tilted head look and quietly said yeah, and I said well then lets call it a hundred even so you don't leave here broke. I got a long stare from that and a "are you sure" and said yes and left it at that.

Two months later when her first re-calibration was due she came to the shop and implied that she had no money but could pay the 20 dollars "another way" and I stopped her right there and told to to go outside and think about that for a minute and come back and try again, when she came back in I could tell she had cried on that one and she said she cant afford to pay me today but her unit will go into lockout if she doesn't get it done today and how she would miss work and get fired. I said why don’t you clean up the waiting room for me while I take care of that for you. Got that done and told her she was good to go and she broke down and cried and started telling me things I never would have imagined, like I was the first guy that didn't hit on her and the only one who ever had been nice to her, WOW! So that went on for a year. At one point she brought her aunt in for her car, coming all the way from Joliet because "he is so honest and so nice" her aunt thanked me more for looking out for Gabby than for fixing her car.

And a year later when removal time came I did it at no charge for her for making it thru a year without screwing it up, She told me she had taken a "real job" at a manufacturing company and spoke of a boy friend, however next time I saw her she looked like she just lost a prize fight after 12 rounds and was well on her way to being a mom, You ok? again crying and shaking and "yeah" "I'm ok" without looking me in the eye. I asked if she was still living with her aunt and suggested that she would be better off there if possible than with her "baby daddy","I can't have another abortion she told me. I have to do this.

Less than a year later the baby daddy ended it, he dui crashed and killed himself and the baby and with covid she was out of work and couldn't even strip to live so apparently she whored and drugged and then injected the big one to end it. Her aunt was nice enough to stop by and tell me. She said "she was sweet on you and thought you were a great person and spoke of you often, and how I concidered her one of my adopted daughters". She said they told her it was apparently not accidental as to the amount of heroin that she injected was over the top. This has touched me hard  and I will have this one my heart for a while.
Posted by Brock Townsend at Thursday, August 06, 2020 24 comments:

The privilege they erased from history.

It’s Gonna Blow: Be a Miracle if it Don't 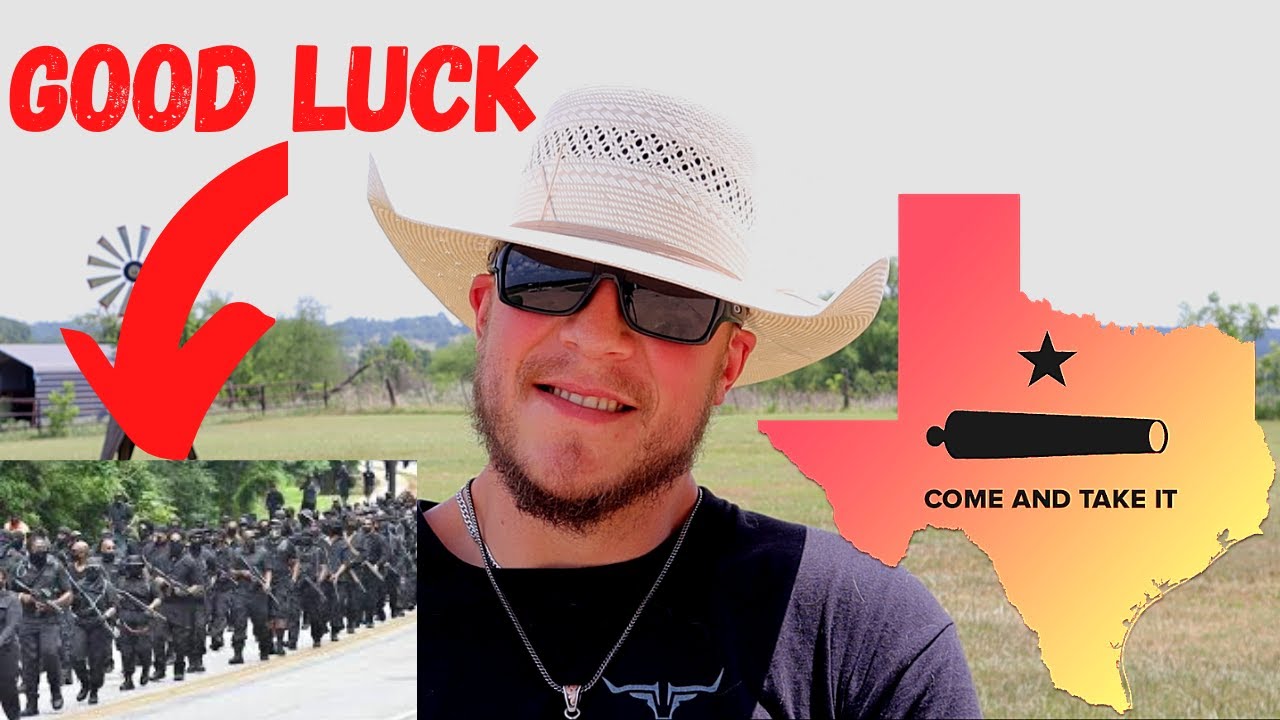 And BLM wants to go into the suburbs to get Whitey. God help us. Then it will well and truly blow. BLM doesn’t know how many white men are sick of the chaos and destruction, sick of BLM. They quietly say, “Bring it on. Let’s settle it.” Laden words.

Hoo-boy. She’s ready to explode, go high order. Smoking ruins, dead bodies, seething hatreds, and a country that can’t be put back together. It may not happen, but she looks ready.

No one is in charge in this collapsing shell game of a country. In Louisville hundreds of armed blacks threaten to “burn the motherfucker down,” meaning Louisville, if they don’t get their way. All cringe before them, with reason. They have guns. Larger numbers marched in Georgia, armed, ready to rock and roll. BLM says it will “go into the suburbs” to get Whitey. Who will stop them? Not the government. It fears them. Weimar Kentucky. An American Freikorps.

America today in video. Scroll down to the New York footage. It’s Planet of the Apes.

Gun sales are way up. A friend in Rhode Island went to a gun shop and found a long line outside. A columnist in Virginia was told that the other stores report long waitlists for prize arms, notably the AR 15. People are afraid, or fed up. They are arming. The spring winds.

Excellent:Defending the “Defender in Chief”: John Yoo on Trump’s Fight for Presidential Power

Posted by Brock Townsend at Thursday, August 06, 2020 No comments:

. . . I received a severe contusion on the head, but this gave me no concern after I had failed to find any brains mixed with the handful of clotted blood which I drew from the wound and examined. . . .

After the Appomattox capitulation, the observance of which, nobly maintained by General Grant, crowns him as the humane man of the age, I took to the plow, as a better implement of reconstruction than the pen; and if I take up the latter now, it is that justice may be done to the men, and the memory of the men, of the Arkansas.

On the 28th of May, 1862, I received at Vicksburg a telegraphic order from the Navy Department at Richmond to "proceed to Greenwood, Miss., and assume command of the Confederate gun-boat Arkansas, and finish and equip that vessel without regard to expenditure of men or money." They say she is normalizing white supremacy.

We Were Not Told The Cost to Us of Multiculturalism 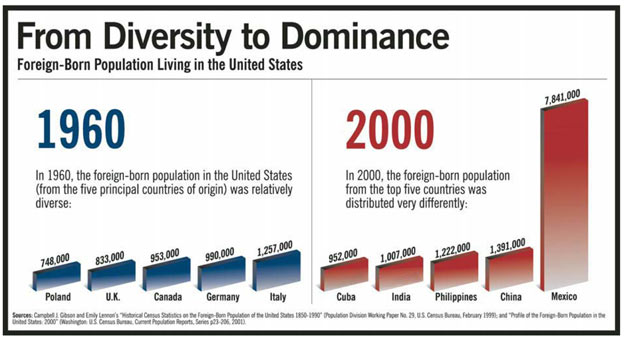 When white gentile and Jewish liberals imposed diversity and multiculturalism on the rest of us without asking if we agreed, they did not tell us what it was going to cost us and how much it would cause the quality of our lives to decline.

They did not say that the price would be the loss of public safety and law and order in society as, for example, the Minneapolis Police Department said in its recent advice to Minneapolis citizens to “give up your cell phone and purse/wallet” if approached by robbers and “do not argue or fight with the criminal. Do as they say”

New York sues to break up NRA, accuses it of corruption 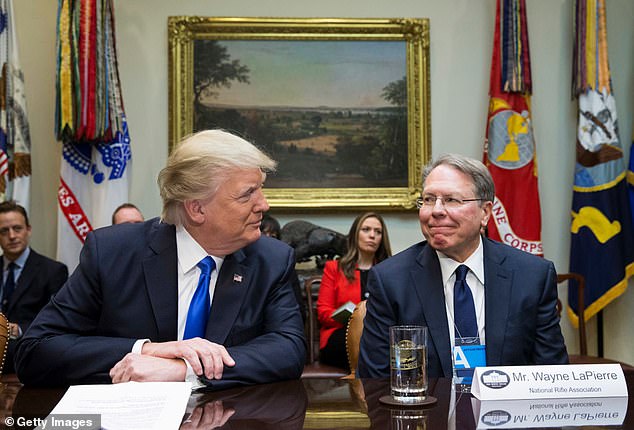 New York state's attorney general sued to dissolve the National Rifle Association on Thursday, alleging senior leaders of the non-profit group diverted millions of dollars for personal use and to buy the silence and loyalty of former employees.

The lawsuit filed in a Manhattan court by Attorney General Letitia James alleges NRA leaders paid for family trips to the Bahamas, private jets and expensive meals that contributed to a $64 million reduction in the NRA's balance sheet in three years, turning a surplus into a deficit. 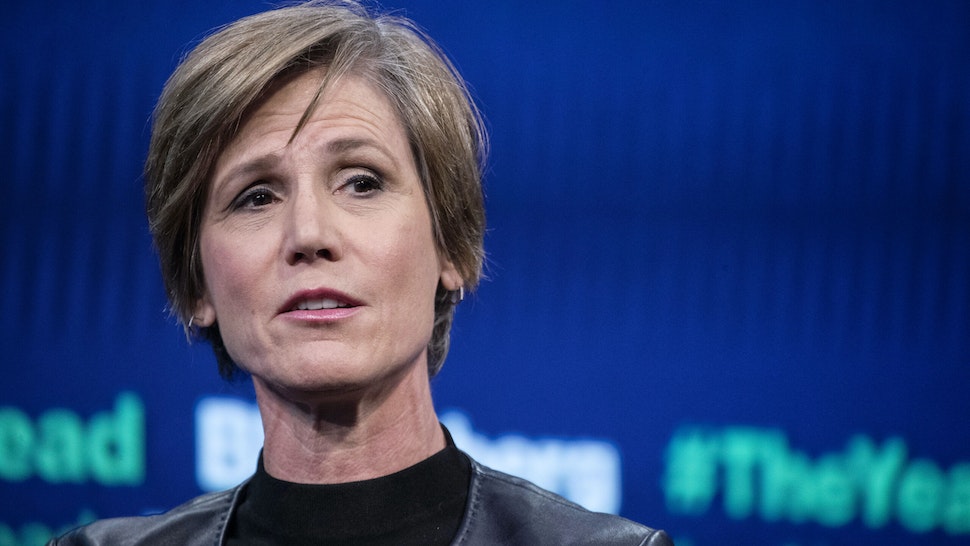 
More @ The Daily Wire
Posted by Brock Townsend at Thursday, August 06, 2020 No comments: