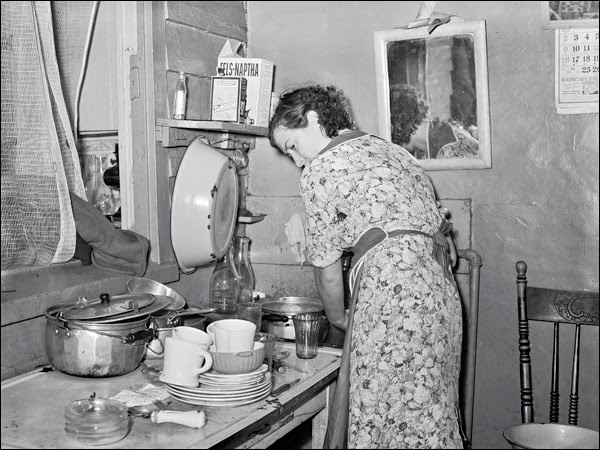 US workers. An excerpt:

Another day, another revelation as the great fleecing of the U.S. taxpayer continues unabated. A Center for Immigration Studies review of U.S. Census Bureau data reveals a stunning 63% of households in the U.S. headed by non-citizens are on some form of welfare. That’s just shy of two out of every three proving to be a burden to the American people. So much for the lie that massive immigration enriches our nation... welfare use rises among non-citizens the longer they are in our country.


Welfare for illegal aliens has "insane" written all over it. Welfare is the real "better life" they're looking for. A lot of 'em have two fake IDs, one for their job, the other for the welfare office, free health care, &c. Some working citizens who pay for this make less than the illegals, and without all the freebies. The "invasion" is over. Welcome to the occupation.


James Quillian explains the deep state in his essay, The Deep State Exposed, at Fantasy Free Economics. An excerpt:

Remember when Supreme Court John Roberts came out with his bizarre and unexpected reason why The Affordable Care Act should be deemed as constitutional? Remember when James Comey of the FBI did such crazy and unpredictable things with respect to the Clinton investigation? Clearly people like this are subject to external pressure. Think of all of the convenient deaths that have taken place in Washington DC.
The American people are neither aware of what is going on nor or they suspicious. Just remember that the Deep State is the highest possible level of organized crime.

DA Rachel Rollins, the "first woman of color to hold the position in the state" will decline to prosecute:


resisting arrest, shoplifting, trespass, threats, larceny under $250, breaking and entering, receiving stolen property, underage drinking, wanton or malicious destruction of property, drug possession even in cases where the suspect is a drug dealer.


In effect, Ms Rollins argues Affirmative Action must include "crime without consequence" for People Of Color. Logic is on her side.

The Hypocrisy of “Reconstruction” 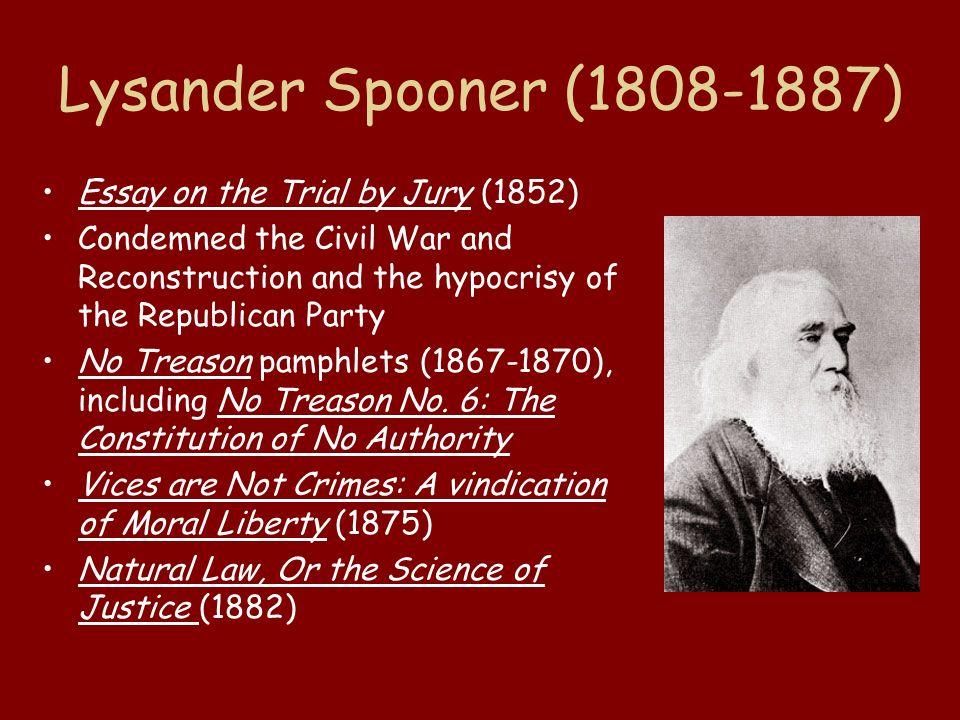 There were several reasons for the post-war “reconstruction” imposed upon the South that are seldom, if ever, mentioned in the “history” books in those government indoctrination centers we charitably continue to refer to as public schools.

One over-riding reason for reconstruction that is never mentioned was the almost fanatical hatred for the South, its culture and its institutions, especially the white South, among Northern Yankee/Marxist radicals, both political and religious. Hatred for the white South motivated the majority of those people much more than did their supposed and pretended “love” for the black man, which was, in most cases, a complete charade.

Job openings back over 7 million and near a record high & U.S. Factories Are Posting Job Openings Like Never Before

Total available jobs stood at 7.08 million for October, the second-highest level surpassed only by the 7.3 million in August, the Job Openings and Labor Turnover Survey showed.

The report further reflects a tightening labor market in which the unemployment rate stands at 3.7 percent.
More @ CNBC

U.S. Factories Are Posting Job Openings Like Never Before
Posted by Brock Townsend at Tuesday, December 11, 2018 No comments:

Why The Right Should Start Taking Alexandria Ocasio-Cortez Seriously 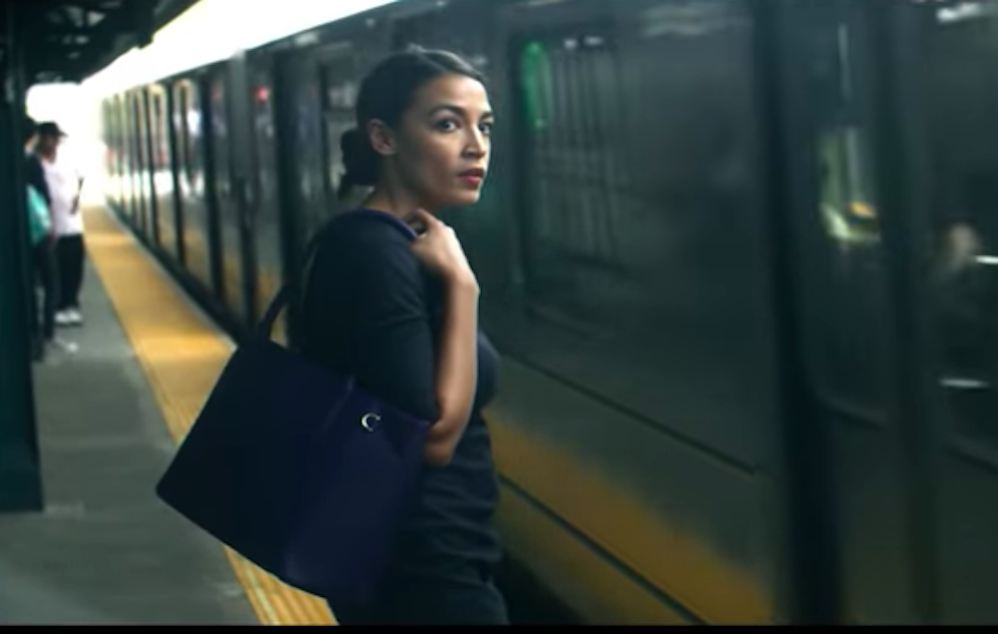 Earlier this week, Alexandria Ocasio-Cortez put up a tweet so mind-numbingly stupid that simply calling it “factually incorrect” would be an insult to the word “incorrect.” As is to be expected in the social media world, folks on the right ripped the incoming congresswoman to shreds for it.

Here were some of the typical responses: “This is factually incorrect!” “We cannot have someone this stupid in the government!” “This is what happens when we elect someone with no experience.” “Sure, this message is popular. Too bad it’s all wrong.”


Learning From The Left’s Mistakes

Ahead of a planned White House meeting with the top Democrats from the House and Senate, President Trump on Tuesday warned that "the Military will build the remaining sections of the Wall" if Congress balks.

In a blitz of posts on Twitter, Trump said Democrats don't want the wall because they prefer "open Borders for anyone to come in." And he said huge sections of the barrier have already been built or renovated, which kept thousands of refugees from crossing the U.S.-Mexico border in recent days.

Posted by Brock Townsend at Tuesday, December 11, 2018 No comments:

McConnell warns Senate it could work through Christmas break

Senate Majority Leader Mitch McConnell (R-Ky.) on Tuesday warned that the Senate will be in session between Christmas and New Years to finish their work for the year unless senators agree to fast-track some items on their to-do list.

"Members should now be prepared to work between Christmas and New Years, if necessary, to complete our work," McConnell said from the Senate floor. 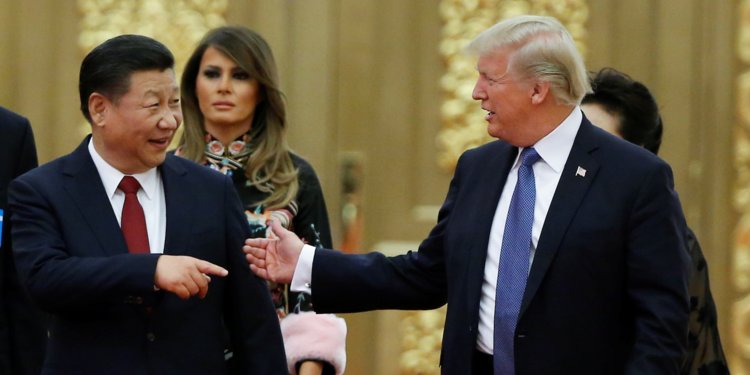 China moved to reduce tariffs on US cars from 40% to 15% in the latest sign of their willingness to negotiate a trade deal with President Trump.


More @ The Gateway Pundit
Posted by Brock Townsend at Tuesday, December 11, 2018 No comments: