Via comment by EIEIO on Confederate Statues, Flags, and Heritage: ‘Audemus... 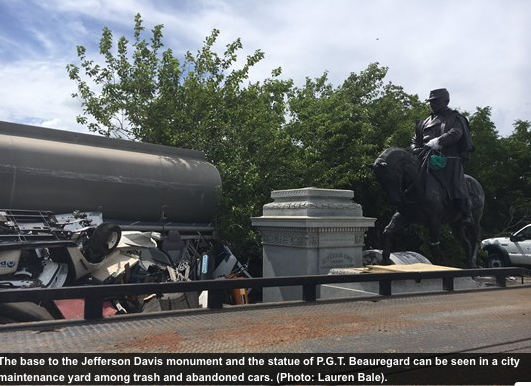 What a strange trip it's been.

A joke between friends, created during an evening of fellowship, drinks, and an air of melancholy for the world we found ourselves living in, SBPDL was created.

Over the years, it has morphed into something entirely different than a joke site originally envisioned back in 2009, as the world descended into madness with increasing speed.

But SBPDL has endured, documenting a society on the brink of collapse, simultaneously flirting with embracing the next era of western civilization.

Though our ancestors sacrifices may be erased, monuments torn down and their memories denounced, if endure through the madness we win.

OK brothers and sisters, here is a map of how the lay out will be for Saturday. We will have access to the whole sidewalk surrounding the courthouse. We ask that all of our biker friends and family to park in the parking spots surrounding the courthouse. There will be no communists allowed in these areas. There will be parking reserved in a city owned parking lot on the corner of Elm St. and Marshall St. This parking lot is only about a 3min walk to the monument. The parking lot will be policed during the event and anyone that can park in this parking is were we have been instructed to park. At 1145 there will be a police escort from the parking lot to the monument.. Those little yellow boxes on the other side of the road from the courthouse are reserved for wobbles, communists and screamers. They are not allowed out of these restricted areas. If you have any questions please ask.
Posted by Brock Townsend at Thursday, May 18, 2017 No comments: 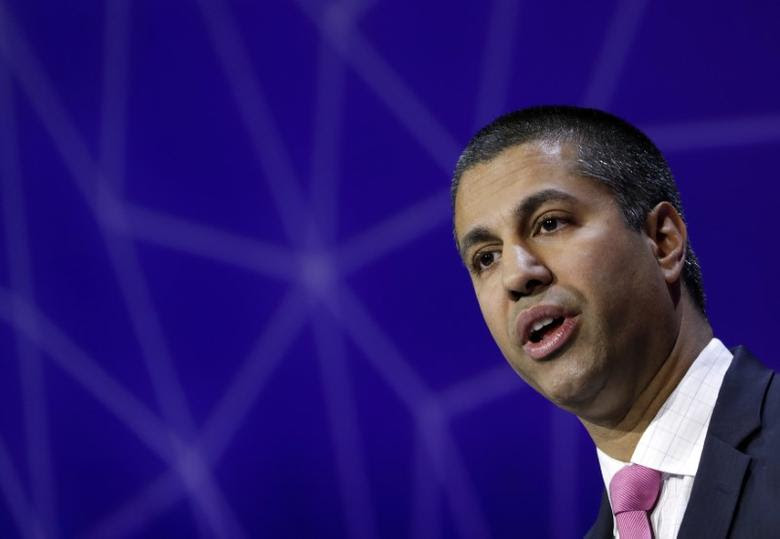 FCC Chairman Ajit Pai wants the commission repeal the rules that reclassified internet service providers as if they were utilities. He thinks the open internet rules adopted under former President Barack Obama, a Democrat, were unnecessary and harm jobs and investment.

"We propose to repeal utility-style regulation," Pai said on Thursday. "This is the right way to go."

Ann Coulter Names Those Who Should Worry About a Special Counsel, and None of them are Trump

As the whole of the media establishment continues its crusade to destroy President Donald Trump, firebrand conservative author Ann Coulter has a warning for a list of political operatives in Washington who should worry about the coming special counsel, and none of them are named Donald Trump.

After a recent story by The New York Times claiming that Trump told then FBI Director James Comey to stand down with his investigation into former national security adviser Michael Flynn, the media whipped itself into a frenzy claiming that Trump was “obstructing justice.”

For weeks, liberals have been insisting that a special prosecutor be appointed to investigate the Russian colusion claims — despite the lack of proof — and the House of Representatives even scheduled a hearing on the matter to the conversation between Trump and Comey about Flynn.
But on Wednesday the Department of Justice appointed former FBI director Robert Mueller as a special counsel to look into charges that Trump and Russian officials colluded during the former’s run for president last year.

While the Democrats and their media overlords are wringing their hands in glee over the possibility that someone, anyone, in the Trump administration may be on the verge of big trouble, Ann Coulter thinks that there are some people who should be worried about Mueller’s work.


More with many great tweets @ Young Conservatives
Posted by Brock Townsend at Thursday, May 18, 2017 No comments:


A government watchdog group is now saying that Barack Obama’s Department of Justice went out of its way to make sure U.S. military veterans would be excluded from being qualified to to fill its job openings.

The U.S. Office of Special Counsel has found that Obama’s DOJ worked overtime to make sure military vets would be excluded from job openings despite the fact that a federal law gives veterans preferential consideration for such openings, The Washington Times reported.

The investigation revealed the DOJ scheduled off-site meetings to try and force candidates with a military background to drop out of the running for the openings in question. Worse, when the military vets refused to drop out, the DOJ canceled the job opening, then DOJ rewrote the requirements to prevent military applicants.


More @ Young Conservatives
Posted by Brock Townsend at Thursday, May 18, 2017 No comments:


Milwaukee County Sheriff David Clarke says he has accepted a top position at the Department of Homeland Security, he announced during a radio interview Wednesday.

“I will be leaving the position of sheriff to accept an appointment as assistant secretary in the Department of Homeland Security,” Clarke said during an interview with WISN radio host Vicki McKenna.

“I’m both honored and humbled to be a appointed to this position by [DHS Sec. John Kelly] working for the Trump administration.” Most people probably associate cattle drives with the last century, and the wild West, but out here in Spottswood, in the Shenandoah Valley, there’s a man who’ll tell you different, and he’ll tell you first hand.

“Back in the 20’s we drove ’em in spring, up in the mountains, thirty miles beyond Monterey — right through the streets of Monterey — for the summer, where the pasture’d be good and it was cool; and in the fall we’d drive ’em back down the mountain to the Staunton markets. It’d be about eighty miles; and we’d be goin’ three – four days.”

He tells it matter of fact. Characteristically so. To Mr. J.W.Woods there’s no special glory in the telling, nor romance in the event, just part of something he’s been doing all his life.

Born in Rockbridge Baths, near the turn of the century, Mr. Woods started working at the Silverbrook Farm, near Middlebrook, when his father took on there, and he was still only a boy; and he continued there after his father died, and through all the time of his own children’s births and then upbringing.

He remembers that when hard times came, back in the thirties, Mr. Clemmer told them he couldn’t afford to pay more than fifty cents a day, but added that if things got better they’d be paid better. So he stayed. And for a long time afterward he was foreman before the Silverbrook Farm was bought by Mrs. Groves of Texas, and the famous King Ranch family.


More @ The Abbeville Insititute
Posted by Brock Townsend at Thursday, May 18, 2017 No comments:

The Borderline Sociopathic Blog for Boys

I’ve tugged on Superman’s cape. I bought ice cream from a truck covered with human skulls. I’ve torn the tags off the mattress. I called Bill Brasky the wuss he is.


I’ve arm-wrestled a welding robot and eaten at the terminal diner. I’ve done battle like Leeroy Jenkins my whole life, but I’ve never met an adversary like a Mopar slant 6.

Comment by Anonymous on James Wood on Coordinated Hysteria

It is important to understand the why there is for so many people this deep seated, rabid and fanatical hatred of President Trump and for any one who disagrees with their political world view. Since we now live in a post-Christian, pagan society (and admit the cultural Marxists have won the culture) many peoples primary self-identity and their "god" is in the political affiliation. Even though, they will not admit it openly, many liberals/lefties do know that Hillary is a very evil woman with no moral compass and the charges against her are true. She will do any thing for power and money. The unthinkable did happen; she lost the election, despite all the money that was spent, the fawning press, the power brokers and back room deals.

Not only did she just lose, but got her ass kicked on an epic scale, right next to Carter, and Mondale. So if you supported a corrupt to the core pathological liar as Hillary, what does that say about the content of your character? You can either take a very hard look at yourself, or you can lash out, blaming others to protect your ego.

The Lefties need to drag this out and keep every one focused on this imaginary issue of the Russians hacking the election with President Trump in on the plot. The average low information voter has a very short attention span and memory. They longer this drags on, the more they will forget about all of Hillary the evil's crimes, felonies and acts of treason. And when reminded of it, they are likely to not care or consider it "old news". It is getting to the point where one may ask, which stack is higher; the US Federal budget or a complete record of Hillary's crimes?

Allied with the Party of Evil is the Party of the Dead Elephant. Your average Republican politician is NOT known for the courage he displays in doing what is right and moral. They too have their personal agenda for participating in this political jihad against Trump. Reasons? Same old song, money, power, transient fame, maintaining the status quo. They hate him because he is not part of the good ol' boy club. If Nixon could be hounded out of office, then so can Trump. Unlike the Clinton impeachment, where the Democrats to a man, rallied around BJ Bubba, the spineless Republicans will abandon and betray Trump. Lefties will never admit that the sole reason why Hillary lost is because she was THAT vile. They will seek revenge and death for those who showed for all to see how vile a monster she truly is.

For the record I am NOT a Trump fan boy. His slogan of "make America great again" is pure BS. I do pray to God, that he will protect Trump, however flawed his is, against the Satanic evil that is out to destroy him. Never, never, never forget that Hillary believes that she is above any law and is an absolute law unto herself.