As was I, but you can be assured if another is held at Dixieland, it will be under strict debating rules. I apologize to you and the audience, Sir.


Stanley Payne: “The Right and the Fascist Experience”


Darren Beattie: “The Right and the Intelligentsia”

Ilana Mercer: “Libertarians and the Right”


Jack Kerwick : “The Right and Citizenship”

Debate: Should the Right Be Pro-Capitalist? Participants: John Derbyshire, Peter Brimelow, Bob Weissberg, Ilana Mercer (Guaranteed this won't be a replay of the disgusting one at my PATCON) *As was I, but you can be assured if another is held at Dixieland, it will be under strict debating rules. I apologize to you and the audience, Sir.

RAPPING OFFICER MAY BE DIRTY COP

We have all been following the story of the events occurring in Milwaukee this past weekend. The police involed shooting of 23 year old  Sylville Smith on August 13 caused an uprising of riots from angry residents leaving multiple businesses engulfed in flames and Sherman Blvd. occupied by Police.

The officer involved in the shooting,  known to the city as “Domo” was no fresh face to reputation for many sources describe Domo as a “snitch”, “Uncle Rukus” and a “dirty cop.” 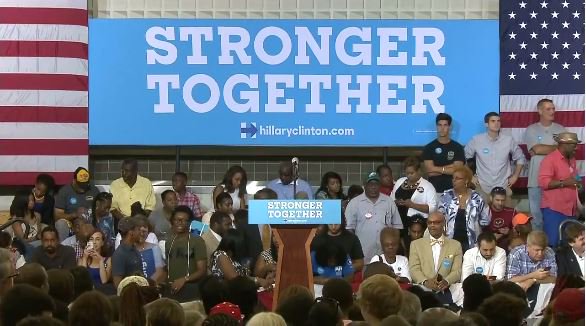 It’s worse than we thought.

We knew Hillary was in rough shape but didn’t realize it was this bad.

Not only is Hillary Clinton taking weekends off to rest and recover, she brings a stool with her to lean on during public events.

Clinton and Trump in Statistical Tie; Trump Has Closed the Gap Among Older Millennials 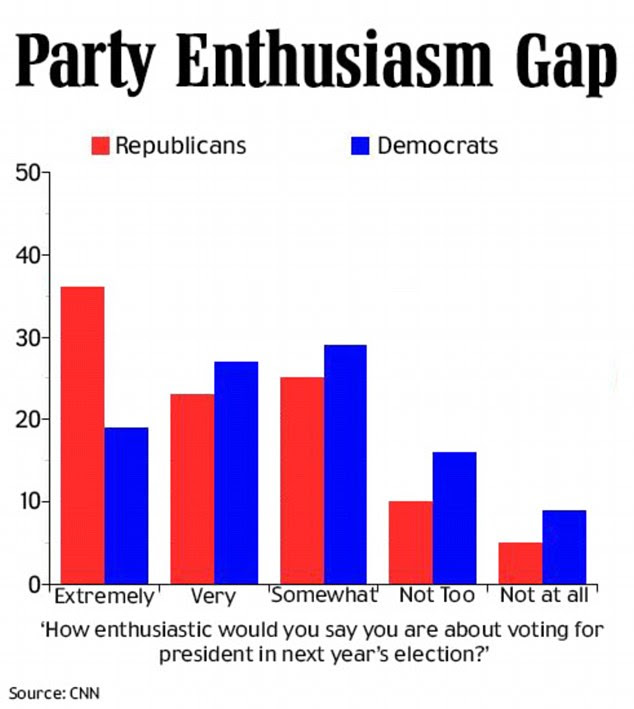 *Percentages may not equal 100% due to rounding.

The Takeaways: In a new Zogby Analytics online poll conducted August 12-13, +/-2.8% MOE, we asked 1,277 likely voters who they would vote for if the election for President were being held today.

Since our Last poll in early July, Clinton still maintains a small 2% lead over Trump. It seems the convention bumps are behind us and we are back to a close race!

Via comment by Quartermain on MSM To Admit Hillary Clinton Is Mentally Diminishe...

A group dedicated to Southern rights, which last year organized a rally in support of the county’s Confederate monument, is now working to line Interstate 40 with Confederate battle flags.

The goal, according to Gary Williamson, the group’s main Facebook administrator, is to place a large Confederate battle flag in every North Carolina county that Interstate 40 runs through.

“It’s mainly to show support for our ancestors and to keep Southern pride alive, more or less,” he said. “Our ancestors and our way of life have been under attack for the last year, and all of our memorials are going to be dedicated to the Sons of Confederate Veterans from that specific county we are in.”

Obama told Yahoo in December that “only a handful” of Gitmo detainees has returned to a life of terrorism.
The actual number is closer to 196… So he was only off by 191.

Common sense. And long overdue. It would be difficult to devise a test that could not withstand a practiced and skillful taqiyya artist, but why should the attempt not be made? Unsurprisingly, the Washington Post is enraged, along with the rest of the mainstream media, and is doing all it can to discredit and defeat Trump.

The obvious fact that they are so deeply threatened by him is the best testimony to his viability as a candidate — better even than his own statements. The political and media elites are frightened to the core, and their globalist and pro-jihad policies are threatened, and that is a very good thing.

In the two days since the Soros Open Society Foundation hack by the DCLeaks collective, several notable revelations have emerged among the data dump of over 2,500 documents exposing the internal strategy of the organization, which expose some of Soros' tactics to influence and benefit from Europe's refugee crisis, the opportunistic funding and influence of media organizations, providing cash for assorted "pro-democracy" groups including the infamous La Raza, Soros' funding of various "social justice" organizations while paying to track unfavorable media coverage including that of Pamela Geller.

One particular leaked memo, profiled earlier by the Daily Caller, argues that Europe’s refugee crisis should be accepted as a “new normal,” and that the refugee crisis means “new opportunities” for Soros’ organization to influence immigration policies on a global scale. OSF program officer Anna Crowley and program specialist Katin Rosin co-authored the May 12 memo, titled “Migration Governance and Enforcement Portfolio Review.”

America: You Will Go Insane Because Of What Your Eyes Will See

Via comment by Quartermain on Burn Down Suburbs, Sister of Man Killed by Milwauk... A cloud of madness is descending on America, and most of us are completely unprepared for the chaos that will be unleashed during the months ahead.  This morning, I was reading through Deuteronomy when I came to a phrase that really resonated with me.  In the Modern English Version, this is what Deuteronomy 28:34 says: “You will go insane because of what your eyes will see”.

As I read that, it struck me that this is precisely what America is heading for.  There are going to be people that have vast quantities of food and supplies stored up that are still going to blow their brains out when they see what happens to this country because they don’t have any hope.  Without hope, I don’t know how anyone is going to make it through what is coming.  If you think that the unrest and violence in Milwaukee are disturbing, just wait for a while, because much, much worse is on the way.

On Monday, Wisconsin Governor Scott Walker declared a state of emergency in Milwaukee, and the National Guard was brought in but not deployed after another night of chaos made headlines all over the globe.  According to Fox News, 11 police officers have been injured by the violence so far…


More @ The Economic Collapse
Posted by Brock Townsend at Tuesday, August 16, 2016 No comments:

Sources say the suspects were settling a score in a feud between Muslims and Hispanics.

Morel was not a Trump supporter.

A declassified and released FOIA document from 2012 shows that Obama and Hillary knew their actions would destabilize eastern Syrian and allow a Salafist principality to take hold of the region.

Judicial Watch released this 2012 document in 2015 after a FOIA request.

This Black NC Church Explains Why They’re NOT Supporting Hillary

Supporting Hillary is like being with an abusive ex, one that you already know left you broken and wounded. At this point, give the new guy a chance.” — Antioch Road to Glory International Ministries on Voting for Trump

A historically black church in Charlotte, North Carolina is making waves after hosting a town hall this past week wherein they decided that they could not support the Democrat candidate for President, Hillary Clinton.

CBM: She Poured It On

Debunking the Debunking: Gary Ross and His “Myths of the Civil War.”

In a recent Huffington Post video, director-turned-historian Gary Ross, of the film “Free State of Jones,” debunks what he calls “4 myths of the civil war era.” And since I’ve shown a propensity to answer Mr. Ross in kind, I am quite likely the best candidate to tackle his latest re-writing of history.

To this Ross states that the war “was absolutely about slavery.”  Absolutely?  To quote Obi Wan Kenobi, “Only a Sith deals in absolutes.”  For me, at least, the conflict between North and South was much more complex and far too complicated to lay the blame on the placemat of one issue.

Ross’s evidence for his conclusion is the same old stuff we’ve heard for decades:  The state declarations, like Mississippi’s, that say secession was all about slavery; and most notably the election of Abraham Lincoln, who Ross calls an “anti-slavery” candidate, cited as the immediate reason the South left the Union. So therefore it was all about a threat to the institution of slavery.


More @ The Abbeville Institute
Posted by Brock Townsend at Tuesday, August 16, 2016 No comments:

Parents are irate that the Houston Independent School District will spend over one million dollars for the costs associated with the renaming of eight schools — so irate, in fact, that they’re suing.

Superintendent Ken Huewitt asked the school board to approve the $1,245,197 on Thursday, and had said on Monday that this agenda item was in response to the lawsuit.

As the Houston Chronicle reports, the lawsuit suit claims that, at a past board meeting, the costs for renaming were initially listed as “none.” Then, in May, the costs were listed as coming from the “general fund – fund balance.”

The million-plus figure includes “updates to the affected school facilities; uniforms for athletics, band and Reserve Officer Training Corps; and temporary banners for schools being rebuilt.”
In a statement released Wednesday, the district said

By their nature, the costs associated with renaming the schools are not known precisely when the decisions were made. These are refined over time and HISD administration has presented updated information since before it was served with the lawsuit and will continue to do so in the future.  The court has heard oral argument and testimony over two days in this lawsuit. The parties are submitting briefs to the court this week and next and anticipate a decision soon after.

More @ The College Fix
Posted by Brock Townsend at Tuesday, August 16, 2016 No comments: