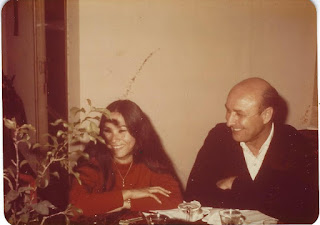 Co and Bob at a French Restaurant in Dalat '70? Bob was my good friend and boss.  None better. 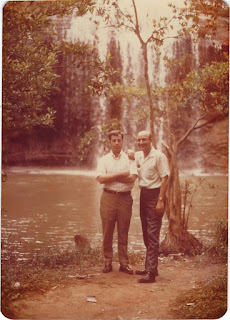 Dalat is known for the waterfalls. 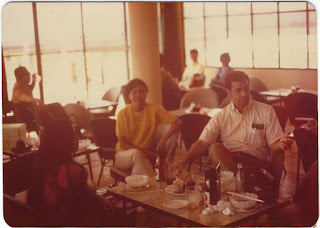 Waiting for the flight back to Saigon at the Dalat airport.
Posted by Brock Townsend at Tuesday, March 06, 2018 No comments: Links to this post

Tariffs ‘absolutely will’ bring back jobs to America: Steel CEO

In the steel company's Canton, Ohio, facilities, only two people work per shift. The rest of the company, which manufactures special bar quality steel in five U.S. locations, is fully automated. Timken — the chief executive officer, president and chairman — said his company will make efforts to grow its business with the excess funds made from the tariffs.

"Even though there is a high level of automation [at present], it's important to recognize that you have to lean out your entire organization, you have to be as organized as possible, in order to compete in a global market that is awash with excess capacity," Timken told CNBC on "Power Lunch" on Monday.


More @ CNBC
Posted by Brock Townsend at Tuesday, March 06, 2018 No comments: Links to this post 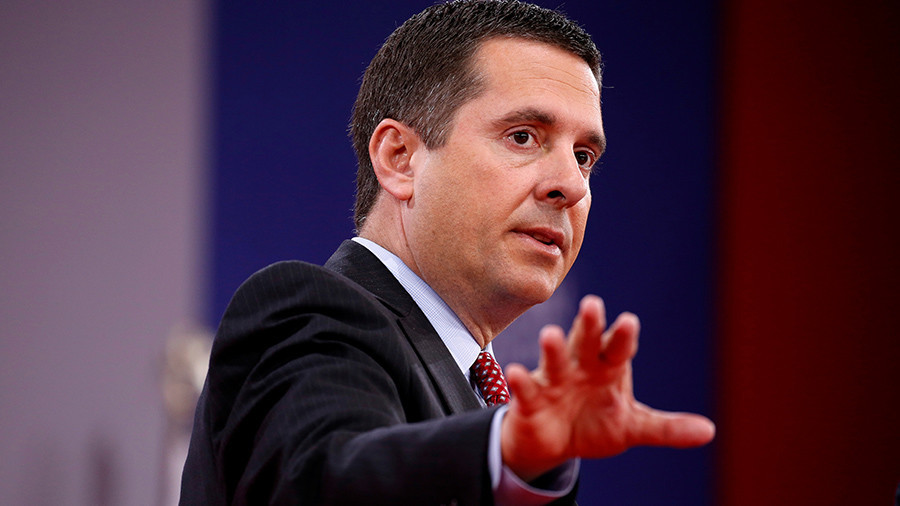 The intel committee chairman was not amused by the sketch, however, calling Colbert and his jokes a “danger” to the country. “The left controls not only the universities in this country, but they also control Hollywood in this country, and the mainstream media, so conservatives in this country are under attack, and I think this is a great example of it,” he said.

Chairman of the House Intel Committee Devin Nunes (R-California) believes fair media in the US “no longer exists” and that 90 percent of it is “far left” – even calling the media “part of the Democratic Party’s network.”
Nunes made the comments during a lengthy interview on the Fox News Channel Sunday show Life, Liberty & Levin with conservative host Mark Levin. “The media in this country is dead,” he said. “It no longer exists and the American people need to understand this.”


More @ RT
Posted by Brock Townsend at Tuesday, March 06, 2018 No comments: Links to this post

"Your Time Is Running Out"

Posted by Brock Townsend at Tuesday, March 06, 2018 6 comments: Links to this post 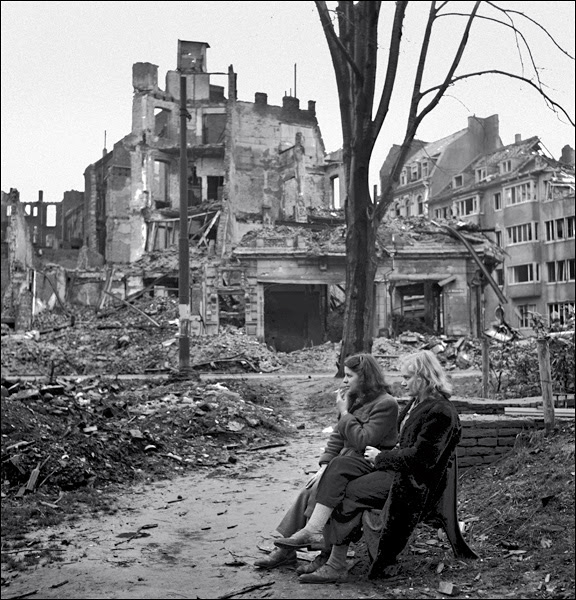 Founded on the Rhine in western Germany in 50 AD by Rome as Colonia Claudia Ara Agrippinensium, today it's a city of 1,060,000.

At the start of World War II, the population was 772,000. US and British air forces dropped 45,000 tons of bombs on Cologne in 262 air raids. The city was officially 61% destroyed but in fact it was almost entirely a heap of rubble. The city fell to the US First Army in March, 1945

Roissy at Chateau Heartiste offers the "Minions Of 3D Chess God Emperor Explanation" of all this:

I don’t take everything Trump says at face value. I take him seriously, but not literally. He says — in front of cackling hand-rubbing Feinstein — that he wants to ban guns? That’s the deception. He lies to his enemies — to America’s enemies — and that’s a good thing, because the Left plays for keeps. And Trump is the warrior we need to crush the Left.

Brett Stevens makes the case against diversity at Amerika:

Whether or not the invading groups are nice or mean, or nearly like us or barely like us, the point of diversity is that it breaks up the majority culture, forces a lowest common denominator standard, empowers government against its citizens, throws society into a loop of trying to “accommodate” those who hate it, and finally, genetically erases the founding population. Diversity is a death spiral.

Doug Lynn at the Burning Platform summarizes one of the suspicions suggesting school shootings conform to a "template":

What happens to the mass causality survivors who claim to have seen multiple shooters? Well, after their cell phones are permanently confiscated by the authorities, and within weeks after their videos disappear from the internet, they start dying in freak ways and in numbers that defy normal actuarial tables. But don’t worry, the online fact-checker Snopes says it’s all just “great paranoia”.

Wounded kids that could have been rescued were left to die, alone and in agony, for forty minutes, while just outside, useless formalities were being attended to.

Fox News - Man disarms would-be church shooter, gets shot by police ... snatched the gun from the would-be killer, got shot while putting it on the floor

Posted by Brock Townsend at Tuesday, March 06, 2018 No comments: Links to this post 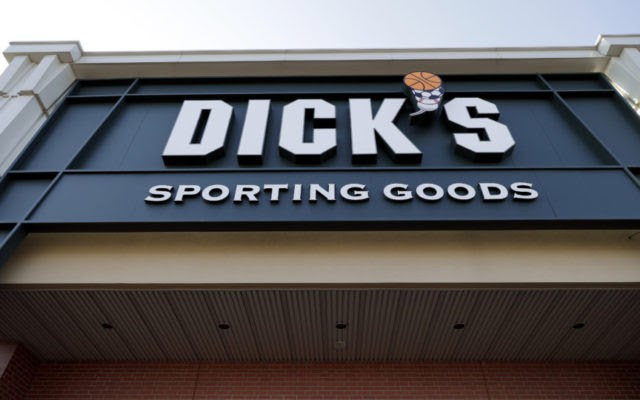 A 20-year-old is suing Dick’s Sporting Goods after being refused a Ruger .22 rifle purchase based on his age.

Watson attempted to buy the rifle “on or about February 24” at a Medford, Oregon, Field and Stream store. (Field and Stream is subsidiary of Dick’s.)  Watson’s suit, filed in the Circuit Court of Oregon for the County of Jackson, says a store employee refused the purchase and indicated, “He would not sell [Watson] any firearm, including rifles and shotguns, or ammunition for a firearm, because [Watson] is under 21 years old.”

WALTER WILLIAMS: Hidden agenda or ignorance? People, not guns, are the problem (opinion) 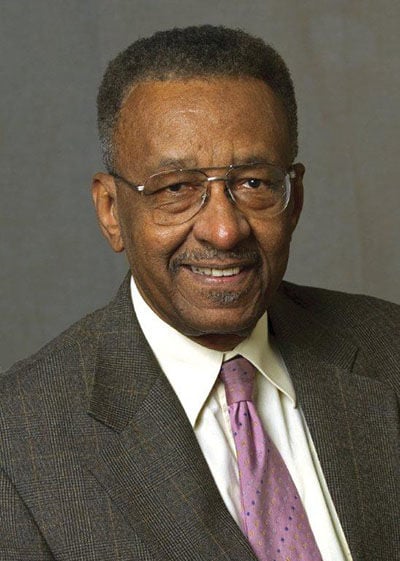 Before we discuss violence with guns, I'd like to run a couple of questions by you. According to the Centers for Disease Control and Prevention, every day nearly 30 Americans die in motor vehicle crashes that involve drunk driving. What kind of restrictions should be placed on automobile ownership? Should there be federal background checks in order for people to obtain a driver's license or purchase a car?

The FBI's 2015 Uniform Crime Report shows that nearly three times more people were stabbed or hacked to death than were killed with shotguns and rifles combined. The number of shotgun and rifle deaths totaled 548. People who were stabbed or hacked to death totaled 1,573. Should there be federal background checks and waiting periods for knife purchases?

Any mature and reasonable person would argue that it is utter nonsense to deal with drunk driving deaths and knife deaths by having federal background checks and waiting periods to obtain a driver's license or to purchase a car or knife.

A Mexican national has confessed to stealing the identity of an American citizen, and over the course of 37 years pocketing hundreds of thousands of dollars in government benefits.

Andres Avelino Anduaga, 66 – who hails from Tijuana, Mexico – admitted in San Diego federal court on Thursday that he assumed the fake identity of a Texas resident named Abraham Riojos in 1980 after obtaining a fraudulent birth certificate, and then successfully applied for a California driver’s license, Social Security number and passport.

From 1989 to 2016, according to the plea agreement, he received around $361,000 in benefits -- which included Medi-Cal, food stamps and Supplemental Security Income benefits.


More @ Fox
Posted by Brock Townsend at Tuesday, March 06, 2018 No comments: Links to this post

“By spoiling relations with China, Vietnam will get nothing. Besides, the Americans have a habit of screwing up their allies as they did to the South Vietnamese authorities in the end of the Vietnam War,”

Via comment by Reborn on San Jose’s Vietnamese councilmen call out airline’..."I would think Ho Chi Minh City would be right at home in America based on the atmosphere in America today - COMMUNIST. By the way, they're back: I guess they haven't subjugated Vietnam enough. Use 'em and abuse 'em." 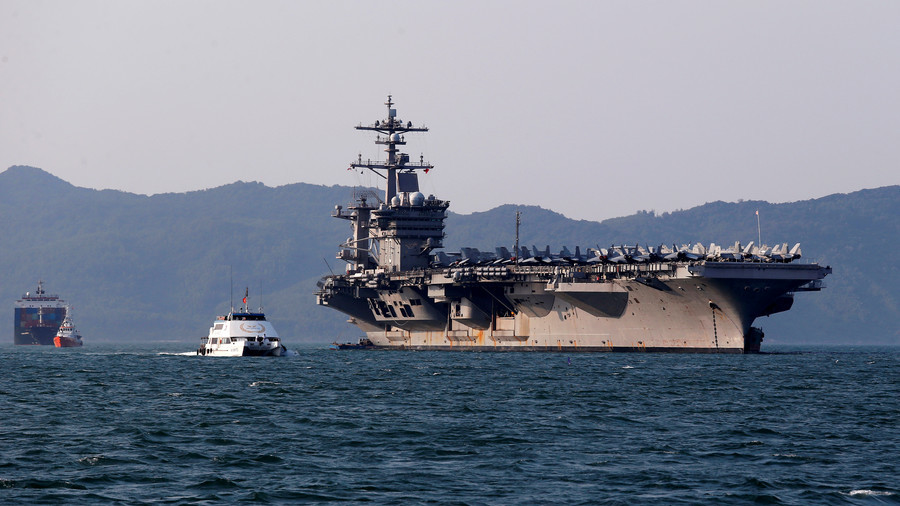 The arrival of an American aircraft carrier in Vietnam indicates Washington’s intention to make the country a part of its new anti-Chinese block, which also includes Japan, Australia and India, an expert on Asia told RT.
USS Carl Vinson and two other US Navy vessels were greeted in the port of Danang on Monday, marking the largest American military presence in the country since the Vietnam War in 1955-1975.

The five-day visit of the 103,000-ton aircraft carrier is “a minor provocation against China...aimed at inciting or strengthening the anti-Chinese moods among the Vietnamese,” said Yury Tavrovsky, a professor at the Peoples' Friendship University of Russia.


More @ RT
Posted by Brock Townsend at Tuesday, March 06, 2018 No comments: Links to this post

Federal prosecutors plan to call a woman who was undercover in an anarchist "black bloc" protest during January 2017 protests against President Trump's inauguration to testify in the next round of criminal trials for alleged riot participants, BuzzFeed News reports. '

Court papers filed this month by prosecutors say that the woman, who's known by the alias "Julie McMahon," will testify in the March 26 trial. It's unclear who McMahon was working for while she was undercover.

The trial is the latest round of charges against defendants accused of Inauguration Day rioting, with five defendants facing charges related to property damage.

McMahon, who previously spent years undercover in "an anarchist extremist group" in New York, will testify to the court on the "black bloc" tactic, a strategy that city police believe many of the 200 people arrested for rioting employed to avoid identification as they engaged in violence and destruction during the protests.


More @ The Hill
Posted by Brock Townsend at Tuesday, March 06, 2018 No comments: Links to this post

The Memo: Trump tariff move may pay dividends in 2020

President Trump’s proposed tariffs on steel and aluminum imports horrify Republican leaders in Congress — but they could yet pay political dividends.

Trump’s move, cast by the White House as an effort to protect American manufacturing, has significant appeal in the Rust Belt states that were pivotal to his shock 2016 election win.

Some Democrats in the region worry that senior figures in their party, especially those whose bases are in affluent coastal cities, are underestimating the political potency of Trump’s announcement.

“It worries me as a Democrat that the national Democrats don’t see that Pennsylvania, Ohio, Michigan, Iowa and Wisconsin were hurt badly by trade deals,” said David Betras, chairman of the Mahoning County Democratic Party in Ohio.


More @ The Hill
Posted by Brock Townsend at Tuesday, March 06, 2018 No comments: Links to this post

"I respectfully request that you immediately remove any mention of Ho Chi Minh from this billboard..."

"At that point, the civil war will become full blown, and there will be no limitations on weapons or rules of engagement."


Corrupt Michigan State Police at Richard Spencer’s speaking engagement on Monday, March 5th, reenacted the conflict at Charlottesville last year by driving the roughly fifty patriots, largely Traditionalist Worker Party members, into six hundred Communist Antifa terrorists. Patriot Front and ShieldWall Phalanx were also well represented on the front lines! Though outnumbered more than ten to one, the Nationalists fought bravely and did not let a single Antifa through their lines still on their feet. Fists flew at Michigan State University as police not only failed to provide security, but once again purposefully herded the two sides together in order to force a confrontation. Notice how in the videos, the police tell the patriots to march up a street directly into the Antifa, and make no attempt to intervene or be between the two groups.


More @ The Rope Report
Posted by Brock Townsend at Tuesday, March 06, 2018 12 comments: Links to this post