Two Air India pilots put the lives of 166 passengers on a Bangkok-Delhi flight in danger by taking a 40-minute break from the cockpit and getting two flight attendants to operate the plane in their absence. Their stunt almost ended in disaster after one of the flight attendants accidentally turned off the auto-pilot, forcing the pilots to rush back to their seats.

Via The Lonely Libertarian 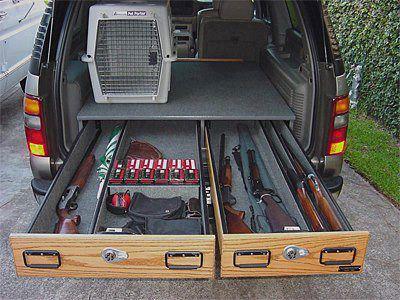 German WWII bomber to be salvaged off UK coast

A famous German World War II bomber nicknamed "the flying pencil" has spent decades submerged in the English Channel after being shot down in the Battle of Britain. Now, divers are braving dangerous tides to bring it to the surface.

British officials on Friday announced a complex salvage operation just off the Kent coast in southeastern England to rescue the only known surviving example of the German Dornier Do 17 bomber. The operation is under way and if all the preparations go well, the plane will be lifted from the water in three or four weeks.

But the director of London's RAF Museum, which has been raising money for the salvage, cautioned that the recovery would be risky — divers will only be able to work for 45 minutes at a time because of perilous tides, and they face other challenges.

"We are not guaranteed success," Peter Dye said. "There have been previous aircraft recovery projects that didn't go so well, cases where the structure has disintegrated on retrieval. When it breaks the surface, gravity and the laws of mechanics come into play, so we very much hope the frame we've constructed will support that structure."

Corrosion is another obstacle that could spoil the procedure, he said. From the time of the draft of 1863, to the conclusion of the war, the Northern States, counties, cities and towns paid over $286 million out in bounty money for recruits; the Northern government itself paid out more than $300 million – and with substitute fees paid the total of all would be at least $750 million.  This would have paid for the emancipation of every slave several times over, and saved the lives of a million Americans.  As Lincoln would accept any recruits to fill his quotas, State agents swarmed into occupied Southern territories to seize slaves for their regiments, and to count toward their quota of troops.

“At the outbreak of the war, New York had four million people, and during the course of the war it furnished the equivalent of 400,000 three-year enlistments to the armed forces. This represented about seventeen per cent of the total Northern enlistment and was in proportion to the state population.    Before the war ended, 40,000 New Yorker’s gave their lives to the enterprise. It is interesting to keep in mind that thirty per cent of New York enlistees were foreign-born:  40,000 came from Ireland, 41,000 from Germany, over 12,000 from England, 12,000 were Canadian, 3600 from France, 2000 from Wales, and 2000 from Switzerland. On top of this, 5000 Negroes were in New York regiments.”

In the conscription activity of 1863, the Republican-organ Oswego [New York] Times emphasized the material benefits which would accrue to those possessing the "lucky draft numbers." A US Bounty of $102, State Bounty of $100, City Bounty of $300 (if offered as the Mayor suggested); Total of $502.00.  Then one year at $13. per month, one year’s service totaling $156.  “$658 or almost $2. per day! Soldiering will be the best business for the future.”

On August 4 [1863] the draft came to Oswego. While most draftees accepted the [conscription] law….the Times reported that some were applying to the British Vice Consul for papers giving them protection as aliens. A few were said to be “skedaddling” across the Canadian border.  The Times noted also, that the draft had developed an extraordinary number of sharks in the area. “Several half-starved lawyers, who don’t often get any business, have been taking advantage of the anxiety of drafted men to become exempt, to charge the most exorbitant rates for their services in making out the necessary papers.”

A year later a second draft stared Oswegonians in the face. It might be avoided, of course, if the quota could be raised by enlistment; but for a time the latter lagged. Groping for a solution an imaginative group of twenty-five men sent the local recruiting agents, E.B. Burt and A.B. Getty to Newport News, Virginia, in a military district occupied by Federal troops under General Benjamin Butler, for the purpose of procuring substitutes among the freedmen; expecting, it is assumed, that they could be hired cheaply.

The agents wrote that they found a few substitutes, though the place was filled with bounty-jumpers, but that General Butler had issued an order prohibiting the removal of freedmen from the district; that they would therefore try to enlist them freedmen as part of the Oswego quota, provided the city would pay the bounties required.  The City Council quickly voted bounties up to $300, including the agents’ fees, but the project fizzled and the agents returned home empty handed.  The Times writer considered this scheme quite ingenious until he discovered that Jefferson County [New York] was trying the same experiment.

As has been seen, when enlistments lagged, bounties served as a stimulant. As early as July 1862, the State was offering $50 and the County [Oswego] an additional $50, By January 1864, the County was paying $300 bounties, and by December, 1864, the sum was increased to $300 for one year, $500 for two years, and $700 for three years. Meanwhile, the Federal government had increased its offer to $300. Thus a volunteer might pick up $1000 if he had patience to wait for the installments; this, when laborers wages were about one dollar per day! To those who remained hesitant, the Mexico [New York] Independent offered the happy thought that the war would not last long, and they might never fire a gun or draw a sword.”

Well the old house is a little rough and it has been around about 130 years. She cries because she needs windows, doors, siding and a deck around her. We have been able to do part of her but ran out of money for the rest. She needs a little TLC from BDC.
Posted by Brock Townsend at Saturday, May 04, 2013 No comments:

Why You Need Full Capacity Magazines 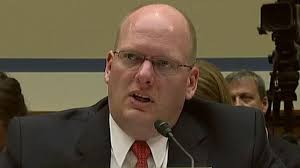 Their identities have been a well-guarded secret, known only to their high-powered lawyers and a handful of House lawmakers and staff. But now Fox News has learned the names of the self-described Benghazi “whistleblowers” who are set to testify before a widely anticipated congressional hearing on Wednesday.

Appearing before the House Oversight and Government Reform Committee will be three career State
Department officials: Gregory N. Hicks, the deputy chief of mission at the U.S. Embassy in Libya at the time of the Benghazi terrorist attacks; Mark I. Thompson, a former Marine and now the deputy coordinator for Operations in the agency’s Counterterrorism Bureau; and Eric Nordstrom, a diplomatic security officer who was the regional security officer in Libya, the top security officer in the country in the months leading up to the attacks.

U.S. Ambassador Christopher Stevens and three other Americans were killed in the Sept. 11, 2012, attacks on the U.S. outpost in Benghazi, Libya.