Equality is NOT America’s Founding Principle Our “conservative” punditry go forth daily in what seems increasingly to be an already lost battle against the agenda of the left and its progressivist minions in and outside the Biden administration. That agenda enjoys overwhelming support in hysterically “woke” academia and counts on unwavering backing from cheerleaders and mouthpieces in the establishment media, entertainment, and the sports industry.

Increasingly, corporate America—major international conglomerates and the all-but-invincible tech monopolies—use their power to staunch and disauthorise and ban any dissent. And when corporate America speaks, so-called “conservative opposition” to what is happening tends to melt away in retreat.

Real jail time or at a minimum police harassment may await anyone accused of “misusing” (e.g., disagreeing with the Left), even in the most discrete manner, platforms such as Twitter or Facebook. That has already happened in California to Ryan Wentz who mildly criticized Representative Alexandra Ocasio-Cortez on Twitter. 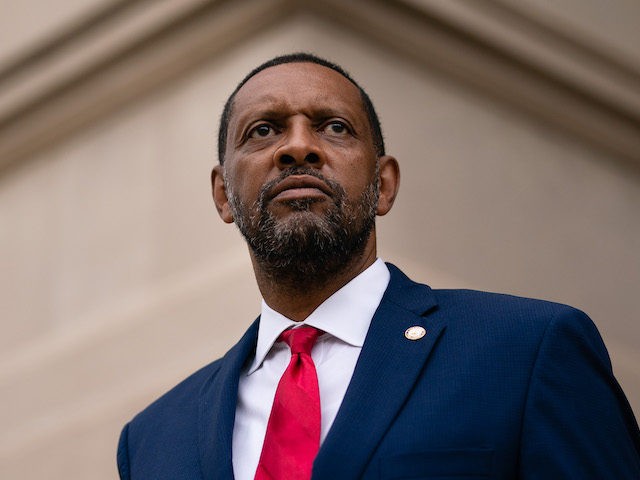 “I have more executive experience than Brian Kemp or anybody else thinking about running [for governor], and Stacey Abrams has none at all. The only thing she’s ever run was her mouth. What Georgians are looking for is a fighter, and I’m a proven fighter. I am not afraid of the left. I am not afraid of the ragged liberal media.”

Because of “Gov. Brian Kemp, we lost two United States Senate seats and President Trump’s election,” he stated. “Why? Because this governor [is] intimidated by Stacey Abrams. He allowed her, along with the Secretary of State and the Attorney General from Georgia, to come in and change our election laws. [They did] it through an agreement, through a settlement.”

Project Veritas and its founder, James O'Keefe: Twitter: You will pay for defaming me

Project Veritas and its founder, James O'Keefe, are suing Twitter for defamation, after the social media platform permanently suspended the undercover reporter's personal account following its bombshell exposé of CNN.

JUST IN : A group directly linked to Facebook CEO Mark Zuckerberg donated nearly $5.6 million to the Georgia Secretary of State’s Office Raffensperger to press voters in the state to apply for ballots online for the 2020 presidential election and 2021 Senate runoffs

Democrats like to claim that there’s no evidence of wrongdoing in regards to the 2020 presidential election.

The only problem is that more evidence comes out each day.

The newest alarming report concerns Georgia Secretary of State Raffensberger, who is now being accused of accepting $5.6 million from Facebook’s Mark Zuckerberg.

Zuckerberg has been accused of meddling in the 2020 election and of funding shady operations around the country.

Now, it appears that Raffensberger is directly tied to Zuckerberg through this alleged $5.6 million transaction.

More details on the bombshell allegations below:

Frank Launched Under ‘The Biggest Attack in History Next to the Election’: Mike Lindell

He said that the live stream had between 11 to 12 to million concurrent viewers at about 11 a.m. and then about 15 million at around noon, increasing to about 20 million at almost 1 p.m., with the number constantly rising & “This is the turning point in history,” Lindell said. “they are not taking out rights and free speech.”

MyPillow CEO Mike Lindell launched a new social media platform named “Frank” on the morning of April 19, but users aren’t yet able to set up profiles to interact on the platform.

“Frank was attacked, it’s the biggest attack in history next to the election,“ Lindell said in the live stream.

Biden's war on the military: How America's 'woke' rulers are subverting the world's best and noblest fighting force 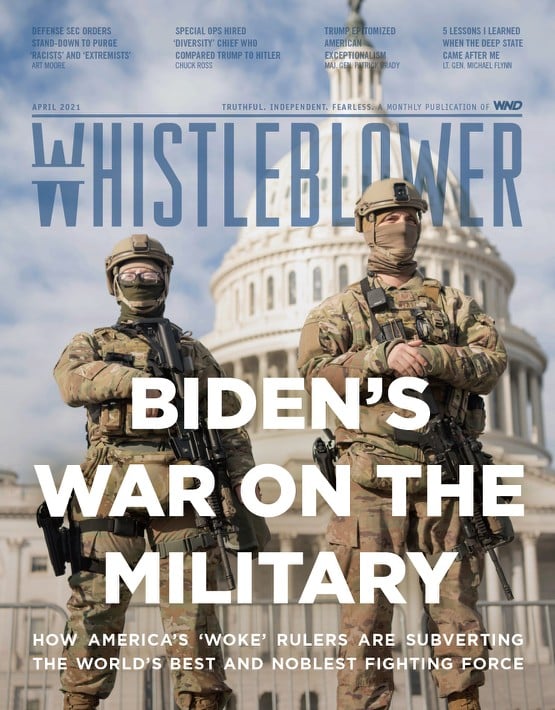 Of all the institutions of the federal government that leftwing elites have infiltrated and corrupted – from public education to the judiciary to, most recently, the Justice Department, FBI and intelligence agencies – one all-important organization has remained relatively unscathed: The United States military. But that is in danger of radically changing under the Biden administration.

In just the brief period since Joe Biden’s January inauguration, his administration’s radical expansion of perverse Obama-era initiatives is resulting in what amounts to an assault on the American military’s readiness to fight wars and defeat enemies. All in the name of social justice, equity, anti-racism, radical diversity, inclusion, transgender rights, and of course, rooting out legions of “racists” and “white supremacists” that supposedly inhabit the armed forces of the United States.

Backlash Continues to Grow: Rep. Taylor Marjorie Greene Calls For Maxine Waters To Be Expelled From Congress For Inciting Violence 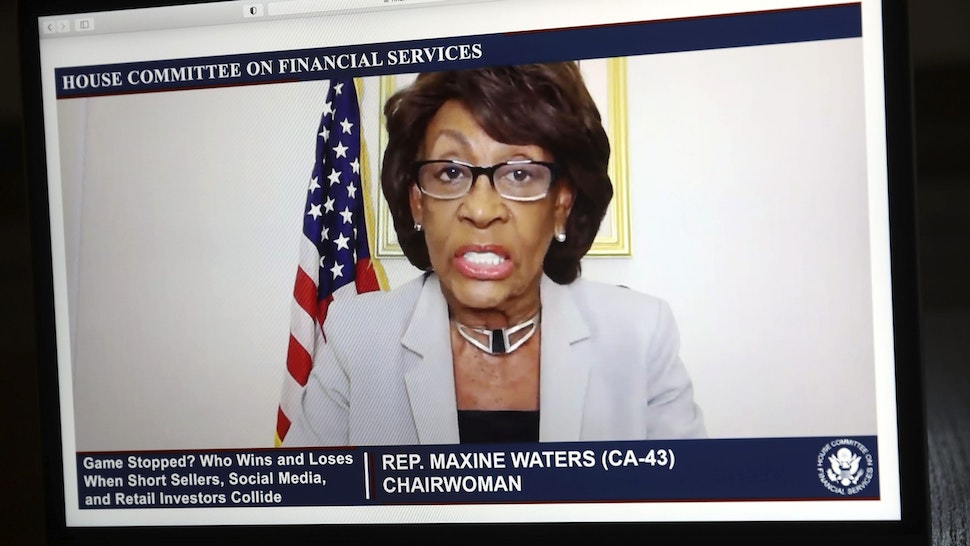 Backlash continued to grow against Democrat Rep. Maxine Waters (CA) on Sunday over remarks that she made late Saturday night where she encouraged activists to “get more confrontational” on “the street” if Derek Chauvin is not convicted of murdering George Floyd.

“We’re looking for a guilty verdict. We’re looking for a guilty verdict. And we’re looking to see if all of this [inaudible] that took place and has been taking place after they saw what happened to George Floyd,” Waters said. “If nothing does not happen, then we know that we’ve got to not only stay in the street, but we’ve got to fight for justice, but I am very hopeful and I hope that we’re going to get a verdict that will say guilty, guilty, guilty. And if we don’t, we cannot go away.”

Cinderella is Now a Guy

Looking for a family-friendly vacation? Disney Theme Parks is probably the last place you want to go.

The woke Disney folks have decided to change the “dress code” of their cast members. And it’s probably not anything that you want your six-year-old exposed to unless you are okay with a hairy male Cinderella with tattoos.

It’s bad enough that Disney soaks you for thousands of dollars for a vacation with your family of four. They are now pushing their leftist views on their customers. 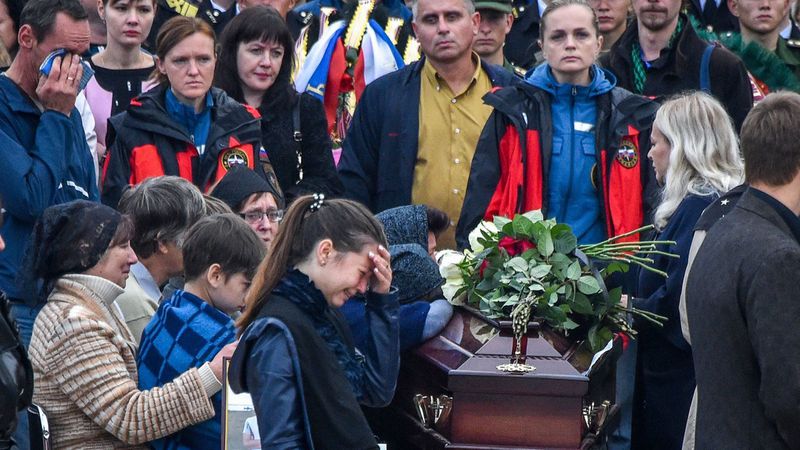 ......America doesn’t lead the world in mass public shootings. We’re not even close. Just last month, a school shooting in Crimea, Russia, claimed 20 lives and wounded 65 others. But Americans usually don’t hear about such events.

Over the course of 18 years, from 1998 to 2015, our list contains 2,354 attacks and at least 4,880 shooters outside the United States and 53 attacks and 57 shooters within this country. By our count, the U.S. makes up 1.49 percent of the murders worldwide, 2.20 percent of the attacks, and less than 1.15 percent of the mass public shooters. All these are much less than America’s 4.6 percent share of the world population.

“This doesn’t happen anywhere else on the planet,” said California’s Gov.-elect Gavin Newsom. “We stand alone in the world in the number of mass shootings," echoed U.S. Rep. Carolyn Maloney, D-N.Y. These were typical comments after an alleged shooter murdered 12 people in Borderline Bar & Grill in Thousand Oaks, Calif.

People have been acting for a long time like the United States is the world’s hotbed of mass public shootings. Following a 2015 mass shooting during his administration, President Barack Obama declared: “The one thing we do know is that we have a pattern now of mass shootings in this country that has no parallel anywhere else in the world.” 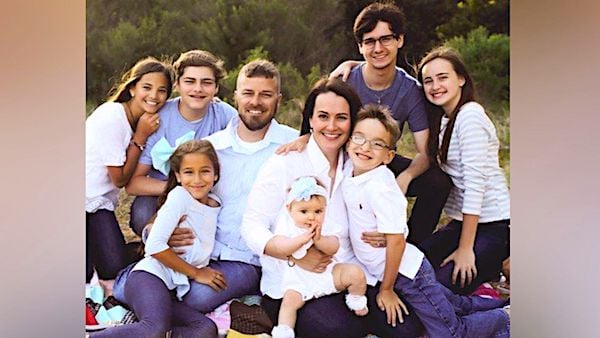 A 43-year-old father of seven children in Mississippi was left unable to speak and paralyzed on one side of his body three hours after being inoculated with the Johnson & Johnson COVID-19 vaccine, his family says.

On a Facebook page to help pay for the medical costs of Brad Malagarie of St. Martin, Mississippi, the man's family says he suffered a stroke Tuesday caused by a blood clot in his left middle cerebral artery shortly after getting the single-dose shot.