The South Has Risen Again... in Brazil — Meet the "Confederados"

Six more links for Confederados on NamSouth, 2007 and newer. There is an excellent book which has a picture of Jimmy Carter and his wife in front of the Confederate monument there  before PC, after which they ran under the cupboards like the coach-roaches they are.

In the east of Brazil, two hours away from Sao Paulo, there's a small community that has a direct blood link with people from the southern United States. They call themselves Confederados. Families with last names like Thomas, Strong or Williamson are living proof of the American emigration from Brazil that started after the Civil War. They left the devastation in the southern states to start over in Brazil, which was still a slaveholder nation. The Americans brought with them their expertise in farming, especially cotton, and helped start an agricultural revolution in Brazil. The descendants of these first immigrants are very proud of their roots and while they display the confederate flag proudly, they insist they are not racist and they denounce slavery.
Posted by Brock Townsend at Thursday, July 24, 2014 13 comments: 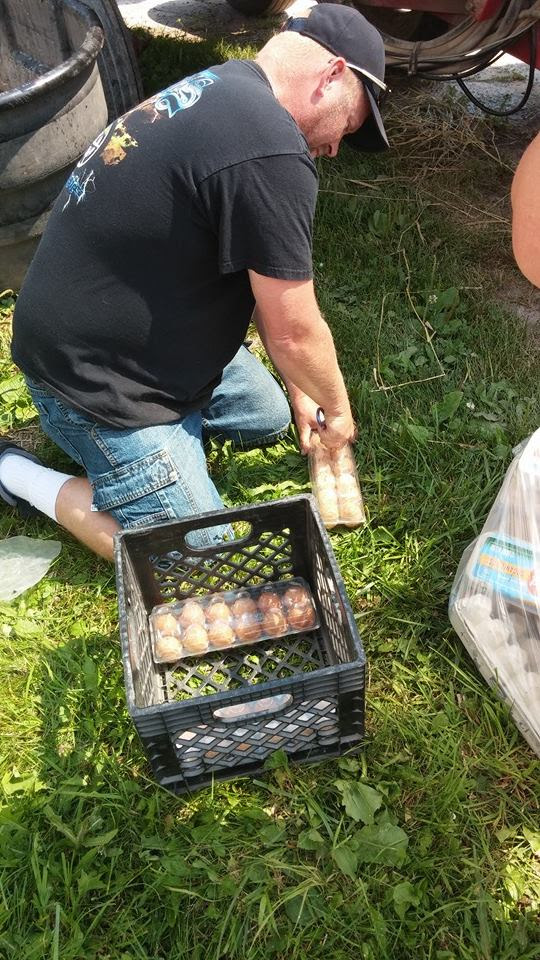 While Americans in the nearby city of Detroit face life in third world conditions, unable to even afford running water,  the state of Michigan decided to direct its resources towards cracking down on a small food co-op in Standish for having the utter audacity to provide milk, butter, cream and eggs to people who bought shares in the organic dairy.

The Michigan Department of Agriculture must be so proud of their deeds, after they forced Joe and Brenda Golimbieski, the owners of  Hill High Dairy and Jenny Samuelson, the owner of My Family Co-op, to dump out 248 gallons of milk, to break 100 dozen eggs, and to destroy an undisclosed amount of fresh cream, butter and cheese.

According to a post on the Hill High Dairy page on Facebook, the agents from the MDA stood over the family, watching as the food was destroyed.

Posted by Brock Townsend at Thursday, July 24, 2014 No comments:


A whale recently surfaced under two kayakers and lifted them out of the water near the coast of Argentina.  The kayakers noticed the magnificent creatures just moments before they got so close that one actually swam under them and lifted them up in the air – for about 30 seconds!

80-year-old Tom Greer of Long Beach California arrived home Tuesday night to find a couple robbing his house. A man and a woman were rummaging through his things, including a safe. The robbers attacked Greer when he went inside.

“When I went in there, they tackled me,” Greer told NBC4. “Both of them jumped up on top of me,” bringing him to the ground, Greer said.

What the intruders didn’t know is that Greer had a .22-caliber Smith and Wesson revolver.

“I come back and they see me with a gun, and they run,” he said.


The LePage administration is taking another step toward pushing welfare recipients to find jobs. The Department of Health and Human Services announced on Wednesday that, starting October first, "able bodied" adults with no dependents who get SNAP benefits -- often called food stamps -- will have to work 20 hours per week or do volunteer work. There are an estimated 12,000 recipients in Maine who meet that standard.

The state senate of North Carolina is close to approving a bill that would allow state and local law enforcement to use automatic license plates reader systems to create databases of people traveling on state roadways.

This just in, from the Lee Chapel Face Book Page:

“We regret to announce that Lee Chapel and Museum will be closed from Friday, July 25 at 3:00 p.m. through Sunday July 27.. This unscheduled closing is based on concerns for the safety of the facility and its staff on the day that the Sons of Confederate Veterans have scheduled a rally in Lexington. We must take this unfortunate precaution because of the inflammatory and threatening letters, emails and phone calls the University has received in response to the removal of reproduction battle flags from the statue chamber in Lee Chapel and the decision to bring authentic battle flags to the Lee Chapel Museum. We apologize for this inconvenience.” 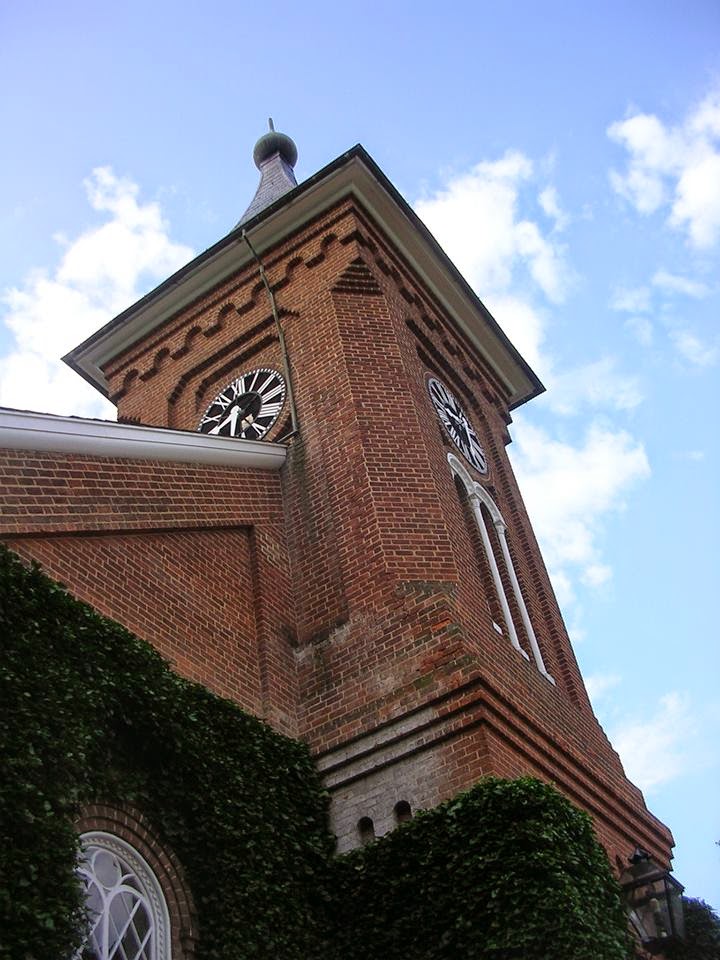 ​
This announcement is an obvious attempt on the part of Washington & Lee University to incite unwarranted anger and misplaced fear towards the honorable members of the Sons of Confederate Veterans.  We call on the administration to do the honorable thing!  If there is a viable, traceable threat, then have the guilty arrested... and show their face and name on all media outlets.  Without proof, this announcement is nothing more than slander and innuendo designed to defame the excellent character of the men of the Sons of Confederate Veterans.

Even the wording in the statement rings of their attempts to cover their actions.  We know for a fact that NO ONE is complaining that they are bringing "authentic battle flags to the Lee Chapel Museum". We applaud this effort.  The only complaint is that they are using THAT action as a smoke screen and excuse to remove the replica flags from the chamber, when in fact, the desecration was done solely to appease the demands of six students who threatened "civil obedience".


This statement proves that we are making progress.  The administration is feeling the heat and pressure of thousands of Southerners who have said "ENOUGH"... "NO MORE"...and W&L is striking back in anger, and with underhanded tactics.  Our efforts are working...and bringing unwanted attention to their despicable actions.  They have realized that we will not sit idly by while university officials dishonor General Robert E. Lee.  We have gathered in Lexington on a half dozen occasions since the Save Our Flags Rally of September, 2011, and NOT ONCE has there been ANY report of violence, attacks, or even inappropriate conduct.


Now, more than ever, we need to stand strong in the face of this unwarranted attack.   PLEASE continue the letter writing, emailing and phone calls, and help us keep a constant presence at the University.   We look forward to having a good turnout this Saturday, and for as long as necessary...until the flags are returned!

REMINDER:  The Va Flaggers have called for and observed a TOTAL boycott of Lexington, Va,  following the September 1, 2011 flag ban ordinance by Lexington City Council that prevents the flags of Lee and Jackson from flying on City flag stands during the Lee-Jackson holiday.  PLEASE make arrangements so that NOT ONE DIME is spent within the city limits.  When you come, pack in food, or eat outside the city limits.  Stop by the Visitor's Center, sign the guest book, and tell them WHY you won't put any money into Lexington's coffers.

We have also been asked about what flags we suggest to bring.  While any Confederate flag is suitable, we would suggest carrying Army of Northern Battle Flags, if possible, during the protests in Lexington, as the flags removed from the chamber at the LEE Chapel were ANV Battle Flags.

See you in Lexington...RALLY BEHIND THE VIRGINIANS!

info@vaflaggers.com
Posted by Brock Townsend at Thursday, July 24, 2014 No comments:

Anti-Obama street art appeared Monday night in Silicon Valley, where President Obama and Nancy Pelosi are scheduled to speak at yet another $32,000 per-couple fundraiser with California's rich and powerful on Wednesday.

In one series, titled SiliConMan, the president is pictured in a fedora, smoking a cigarette and winking. The text reads, "Leading from behind, fundraising in your face."

Other posters see the president holding a map of Silicon Valley alongside his famous quote, "You didn't build that."

In addition to the posters, a mocking faux-invitation was mailed to all of the Los Altos Hills neighbors of the fundraiser's host, restaurateur and real estate broker George Marcus, inviting them to "A Feast in Time of Plague."

According to the United Nations the Islamic State, formerly ISIS, has ordered all women between the ages of 11 and 46 to undergo female genital mutilation.

It is estimated more than 4 million women would be affected.

"This is something very new for Iraq, particularly in this area, and is of grave concern and does need to be addressed," said Jacqueline Badcock, the UN humanitarian coordinator in Iraq.

Kerry to Mother of Fallen IDF Soldier: ‘How’s Your Day?’ 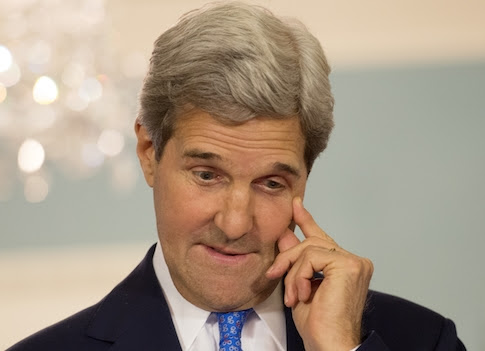 Taking a break in Jerusalem today from his attempt to broker a cease-fire between Hamas and Israel, Secretary of State John Kerry visited with the parents of Max Steinberg, a 24-year-old Los Angeles native and IDF soldier who was killed in action in Gaza. 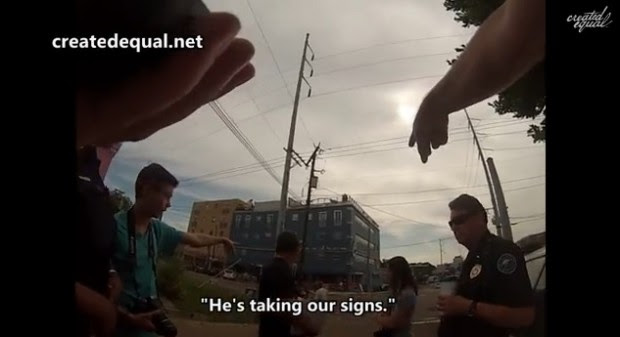 Police officers in Jackson, Mississippi, are being accused of letting thieves walk away with the property of pro-life activists who were exercising their First Amendment rights on public sidewalks, and a video has been posted to support the claim.

The video shows the activists approaching police and reporting the thefts. An officer, who is holding a drink and appears to be leaning up against a vehicle, states: “I see that. I’m dealing with something right now.”

We have already outlined how HHS UAC (Unaccompanied Alien Minor) Grants are essentially a ruse similar to ACORN.   There might be a few “unaccompanied” minors, (although we have yet to actually see or read of one) but there are many more entire families, or more commonly “mothers with children"

Volkswagen - Eyes on the road

Posted by Brock Townsend at Thursday, July 24, 2014 No comments: