I got this last night from fellow reenactor, Jeffrey Lea. I haven't tried to watch it yet. Below, are his comments.

I found the new WWII movie "1944" on-line free, but not subtitled. Great detail. Good imagery of nearly all the Nazi & Ruskie small arms models! Can't wait to watch a subtitled or dubbed version. In the meantime, just skip to the action scenes.

Via comment by Anonymous on Barking Back at Black Lives Matter 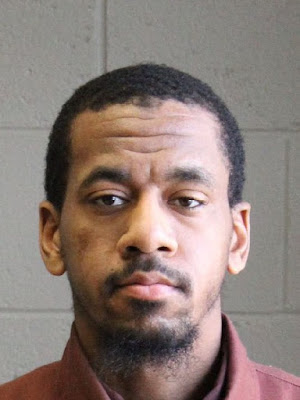 The Northern York County Regional Police Department is releasing the dash cam video that captured the attempted homicide of Officer Lynn Anderson by Trev Bowies Jackson on Sunday November 22, 2015. The release of this video is to aid in locating Trev Bowies Jackson. Jackson is considered to be armed and extremely dangerous.

Jackson has a wounded left hand and the hand may still be bandaged.

The manhunt for Jackson continues and anyone found to be assisting Jackson will be charged to the fullest extent of the law.

Three killers still at large. They got away. “They came here as if they were on a mission,” police chief.

At least 12 people are believed to have been killed and eight others injured in a mass shooting at a center for the developmentally disabled in San Bernardino, California.

San Bernardino police are reportedly scouring the area for up to three white males dressed in tactical gear and ski masks and armed with AK-47s who are believed to have carried out the morning attacks.

Police are now searching for a black SUV that the suspects were believed to have fled in after leaving behind a suspicious device.

The scene is still being reported as an active shooter situation.

Unreal. Judge Allows Student Back on Campus After He Threatened to Murder 16 Whites

A federal judge allowed Jabari Dean back on campus after he threatened to murder the white students.

Officials and family members said they didn’t think Dean had the means to commit the crimes he threatened. His uncle couldn’t say why he targeted the Hyde Park school.

We will chase and fight any American force deployed in Iraq.

On Tuesday evening, we took a look at how Iran’s Shiite proxy arms fighting ISIS in Iraq responded to Ash Carter’s contention that the US would soon send an “expeditionary targeting force” to assist Iraqi and Kurdish Peshmerga forces in the battle against Islamic State.

From Kata'ib Hezbollah: "We will chase and fight any American force deployed in Iraq. Any such American force will become a primary target for our group. We fought them before and we are ready to resume fighting."

From the Badr Organisation: "All Iraqis look to (the Americans) as occupiers who are not trustworthy."

And as for the official reaction from Baghdad, we go to PM Haider al-Abadi: “Iraq does not need foreign ground combat forces on Iraqi land."