Lincoln’s reelection was won by those around him, and with Assistant Secretary of War Charles A. Dana testifying that “the whole power of the War Department was used to secure Lincoln’s reelection in 1864.” After 1862, it was common for Federal troops to patrol polling places, inspect the ballots of voters, arrest Democratic candidates for office on treason charges, seized groups of opposition voters just before elections, as well as furlough soldiers at election time to encourage Republican victory. At election time, Republican newspaper headlines trumpeted that “tens of thousands of national soldiers . . . were deliberately shot to death, as at Fort Pillow, or frozen to death at Belle Isle, or starved to death at Andersonville, or sickened to death by swamp malaria in South Carolina.” All did service for Lincoln’s reelection.

Historian William Hesseltine wrote: “Although the election of 1864 gave no decision on the methods of reconstruction, it proved again Lincoln’s power to control elections. The system of arbitrary arrests, military control of the polling places, and soldier voting, first applied to the Border States and then extended into the North, had saved the Republican party in 1862 and 1863. The election of 1864 saw a new extension of the system and demonstrated its continuing value in winning elections.” (Lincoln’s Plan of Reconstruction, pg. 124)
Bernhard Thuersam, www.Circa1865.org  The Great American Political Divide

“Lincoln’s friends saw danger in every quarter. No doubt a large minority of the North was tired of war; no doubt many who had a sentimental regard for the Union thought that the emancipation of the slaves had been wrongly given prominence. Every discontented officer – every disgruntled politician – every merchant whose business was bad – every civilian who dreaded the draft – the ambitious leader like [Salmon P.] Chase – the party boss – the army of unappeased office-seekers – the jealous – the vindictive – all these, and everyone else with a greed or grievance, would unite to defeat Lincoln. Thus at least, it appeared to his foreboding lieutenants.

Even [Lincoln secretary John] Hay, who was no alarmist, felt little confidence. “There is a diseased restlessness about men in these times,” he wrote [John G.] Nicolay on August 25, 1864, “that unfits them for steady support of an administration. It seems as if there were appearing in the Republican Party the elements of disorganization that destroyed the Whigs. If the dumb cattle of the North are not worthy of another term of Lincoln, then let the will of God be done, and the murrain of McClellan fall on them.”

The October returns went far to relieve anxiety. The President, with Hay, heard the returns at the War Department. Early news from Indiana and Ohio was cheering, but that from Pennsylvania was “streaked with lean” . . . [though] The Ohio troops voted about ten to one for the Union . . .

At the Cabinet meeting on the 11th . . . “[he reminded the officers that it seemed last August] entirely probable that this Administration will not be reelected. Then it will be my duty to so co-operate with the President-elect as to save the Union between the election and the inauguration; as he will have secured his election on such ground that he cannot possibly save it afterwards.”

Lincoln went on to say . . . that he had resolved, if McClellan were elected, to talk matters over with him.” On November 12, 1864, Hay, with a large party, went down to Grant’s headquarters at City Point. Grant was “deeply impressed with the vast importance and significance of the late [November 8th] Presidential election.” The orderliness of it “proves our worthiness of free institutions, and our capability of preserving them without running into anarchy and despotism.”

Bolton: North Korea 'not willing to do what they needed to do' for nuclear deal

“The North Koreans were unfortunately not willing to do what they needed to do. Just last night they issued an unhelpful statement that they’re thinking of going back to nuclear and ballistic missile testing, which would not be a good idea on their part,” Bolton told radio host John Catsimatidis on AM 970 in New York.

Waging War against the Dead

Destroying history will not make you feel good about the present.

The 21st century is in danger of becoming an era of statue smashing and historical erasure. Not since the iconoclasts of the Byzantine Empire or the epidemic of statue destruction during the French Revolution has the world seen anything like the current war on the past.

In 2001, the primeval Taliban blew up two ancient Buddha statues in Afghanistan on grounds that their very existence was sacrilegious to Islam. 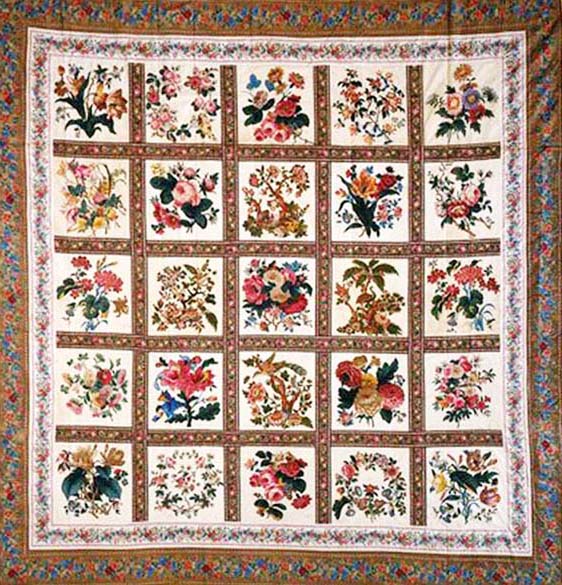 I am a Texan, and we Texans know a true left-leaning Democrat when we see one.  Please believe me when I say, “Beto O’Rourke is one!”

Beto is not “born to do this” as he stated in the recent edition of Vanity Fair where he told about his decision in glitzy and glowing terms to run for the President of the United States.  What is Beto O’Rourke really? He is a huge but dangerous fake.

Robert Francis O’Rourke (a.k.a., Beto) has no Hispanic blood in him and is a fourth-generation Irish-American. When young, the Spanish nickname Beto was given to him to differentiate him from another family member. Even though he chose to go by Robert or Bob in college, his politically savvy father told him to change his name back to Beto to gain political stature when he returned home to largely Hispanic El Paso.


More @ Education News
Posted by Brock Townsend at Sunday, March 17, 2019 No comments: Links to this post

The Lost Tribes of the Irish in the South 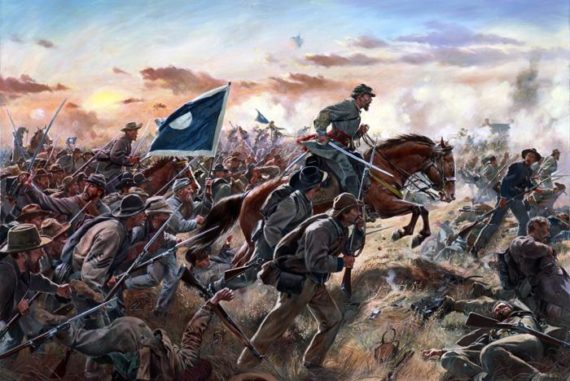 As a boy, down south, there were two songs that stirred me as no other songs could—one was a song that I loved and one a song that I hated, and one of these songs was the battle hymn of the south, “Dixieland,” and the other was “Marching Through Georgia.”


Mr. President, and Ladies and Gentlemen: I am speaking but the plain truth when I tell you that I would rather be here tonight facing an assemblage of men and women of Irish blood and Irish breeding than in any other banquet hall on earth. For I am one who is Irish and didn’t know it; but now that I do know it, I am prouder of that fact than of any other thing on earth except that I am an American citizen.

I wonder if it ever occurred to you, what differences are to be found in many a country and in almost any country, between the temperaments and the spirits and the customs of those who live in the north of it and those who live in the south of it? To the north, to Prussia, the German Empire has always looked for its great scientists and its great mathematicians and its propounders and expounders of a certain cool and analytical philosophy; but it was to the south, to Bavaria and to Saxony, that Germany had to turn for its poets and its story-tellers.


More @ The Abbeville Institute
Posted by Brock Townsend at Sunday, March 17, 2019 2 comments: Links to this post 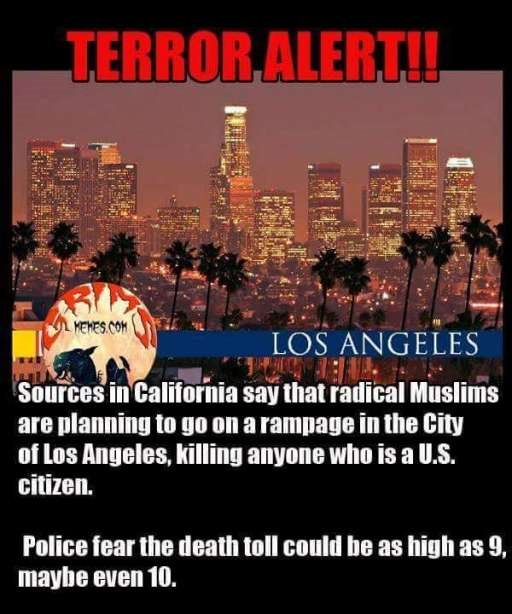 Posted by Brock Townsend at Sunday, March 17, 2019 6 comments: Links to this post 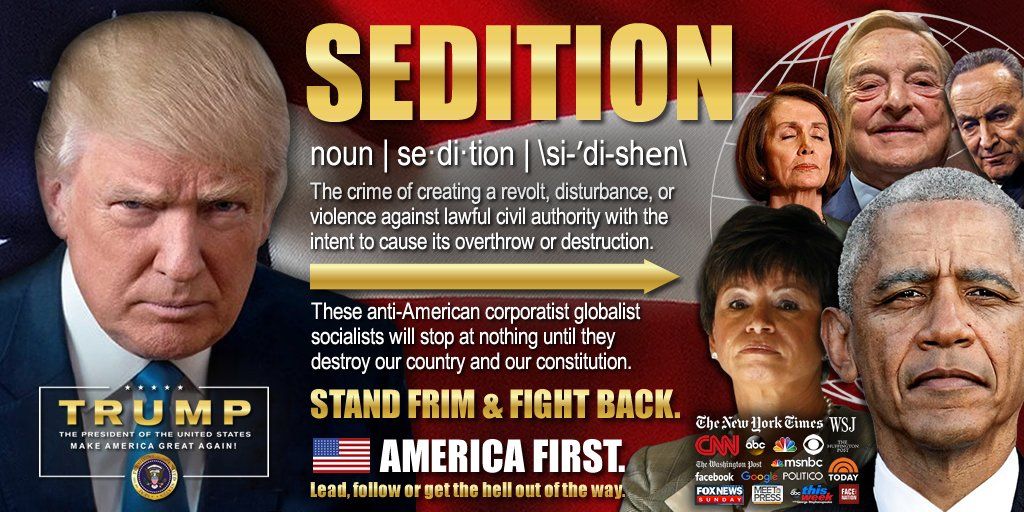 While I'm not a big fan of the wealthy buying admission for their kids to get into specific schools in the grand scheme of modern America this is NOT a big issue and the FBI shouldn't be wasting resources on it while we have literally MILLIONS of criminal invaders in the US robbing, raping and killing on a daily basis. We have Russian and Chinese spies and hackers robbing us blind while they steal both state and industrial secrets. We have OPENLY seditious traitors IN OFFICE blatantly violating their oaths of office seeking to destroy America.

There is literally THOUSANDS of other criminal endeavors that Federal Agencies could and should be looking into but instead they prefer to round up and destroy the lives of misguided but essentially harmless women for trying to give their kids a leg up on life.

The Defining Differences Between the United States and Confederate Constitutions

‘Their revolution (the South in 1861) … was in fact an act of restoration, for the constitution drawn up in Montgomery in 1861 for the Confederate States of America was a virtual duplicate of the United States Constitution.” John McCardell in his Introduction to Jesse T. Carpenter’s “The South as a Conscious Minority, 1789 – 1861”, re-published by the University of South Carolina Press, 1990, p. xiv-xv (emphasis added)


This is a common misconception. The CSA Constitution is not “a virtual duplicate” of the 1787 Constitution. It is a document of greater clarity and stricter understanding. There’s no fabulating. Here’s a list of four (4) major changes:

1. Eliminated ‘dual sovereignty’. No powers were granted to the Central government. Specific powers were delegated.


More @ The Abbeville Institute
Posted by Brock Townsend at Sunday, March 17, 2019 6 comments: Links to this post