Man Gets Fatally Shot After Pointing Gun At Colorado Deputies 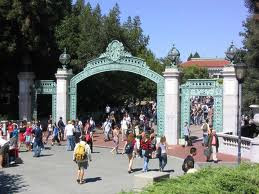 UC Berkeley limits the number of Asians it allows to enroll, though qualified.  Just because they are Asian.  Yet, at the same time the powers to be at Cal want to get the name Boat off the law school building.  So, the folks that bar Asians from enrolling, want to delete the Boalt name because he wanted to exclude Asians from Californians.  Shouldn’t the entire Administration, especially the enrollment office, be fired—for the same reason they want the Boalt named removed.

Via Greg via The Feral Irishman

Posted by Brock Townsend at Friday, September 21, 2018 No comments: Back in 1958,  when I was fifteen years old, [I was 14:)] I made the most critical and important decision in my youthful life. I made the choice any all-American fifteen-year-old farm boy would have made. It was time for me to get my first kiss from a girl.

You see, I had a crush on Mary Sue!

Mary Sue and her brother Woody lived with their mother next door to my Aunt Rose Gamble, in the duplex house just off Kirkland Street in my hometown of Abbeville, Alabama.  What better reason could a country boy have for going to town to see a favorite aunt…especially if Mary Sue happened to live just across the hallway?

Mary Sue’s brother was several years older than me. We really had nothing in common, but as soon as Momma and I arrived at Aunt Rose’s home, I would conjure up an excuse to run next door and see my good friend, Woody. 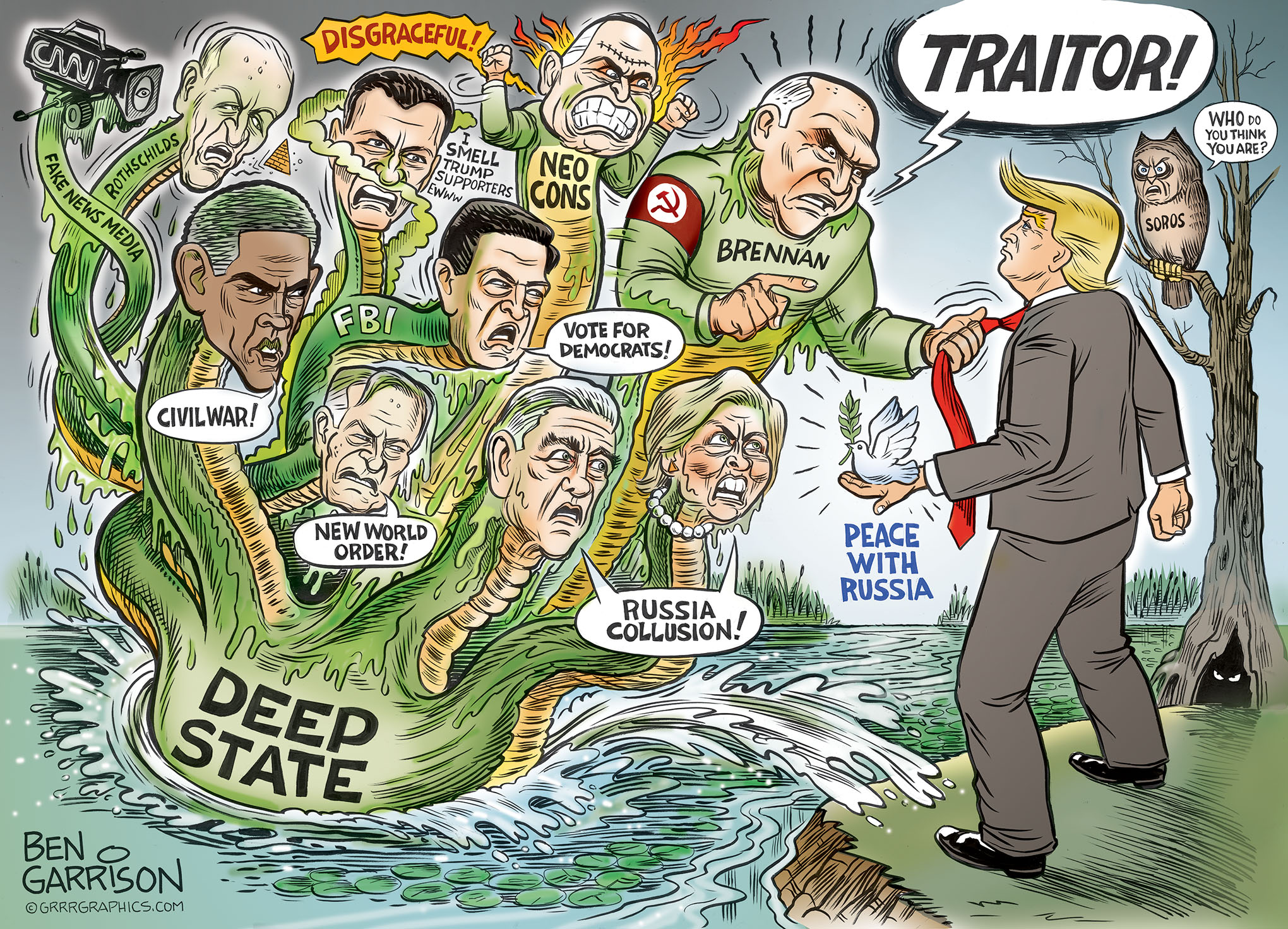 I know the commie democrats and media will fight this to the end. But honestly, how much more proof do we need of a “deep state” coup? We have paper trails of TOP FBI and DOJ leaders planning to overturn the election of President Trump. We saw the planning months before the election even happened. That tells me they knew Hillary was a loser before the election. They ignored the media’s lying poles and saw Trump was going to win.

We see evidence of “deep state” working against the President. Thank heaven, for an honest journalist like James O'Keefe. He ALONE is exposing the communist takeover by democrats. The rest of the media is shoveling shit fast as they can to cover the left. But the truth is coming to light. If President Trump can survive there is a chance for the rule of law to win. We are at a Constitutional Crisis. With all the evidence of the “deep state” corruption. Is it time to declare Martial Law. And have the military begin rounding up the crooks?

Big tech is corrupt and censoring the right. They have an unprecedented and uncontrolled power to control America and the world. The elite is making a frantic drive to stop the populist movements around the globe. They know the secret is out and their time is up. They MUST be stopped. Because it is ether get total control now or lose for another 50+ years.

We stand today at a crossroads. Not to sound too dramatic but the course of humanity will be set in the next 2-5 years. Either the people will throw off the elitist push, until next time. Or humanity will become slaves to our masters. It will either happen peacefully with the rule of law or there will be war. Regardless the path taken humans will either be free or slaves. Time is up and there are no more options.

--Badger
Posted by Brock Townsend at Friday, September 21, 2018 No comments:

Lazy Man's Guide to the Last 150 Years in America 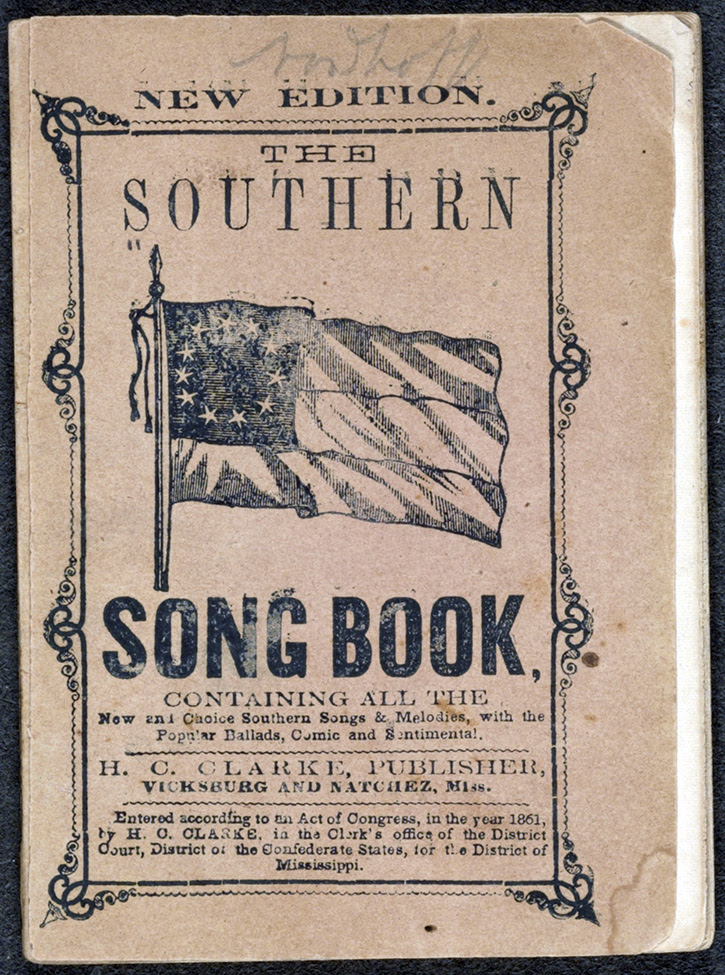 1861 -- a bogus mercenary "conflict" begins on our shores, and the perps pass it off on us as a "Civil War" even though no war was ever declared by our Congress and no Peace Treaties ever signed.  It's a con and a set up for more fraud games.

1863 -- Lincoln declares the Northern Federal States of States bankrupt, but neglects to fully disclose and inform people about the actual identity and nature of these business entities. A false presumption gets started that our States are bankrupt, and that our assets are up for grabs, when in fact our States were never involved and not eligible for bankruptcy protection.

1865 - The Territorial "Rump" Congress sets up bogus quasi-civilian, quasi-military courts and ten new Southern military "districts" run by "District Court Judges" appointed by military commanders.  This is the beginning of the Slow Creep of the Talmudic Court System insinuating itself where it should never be. 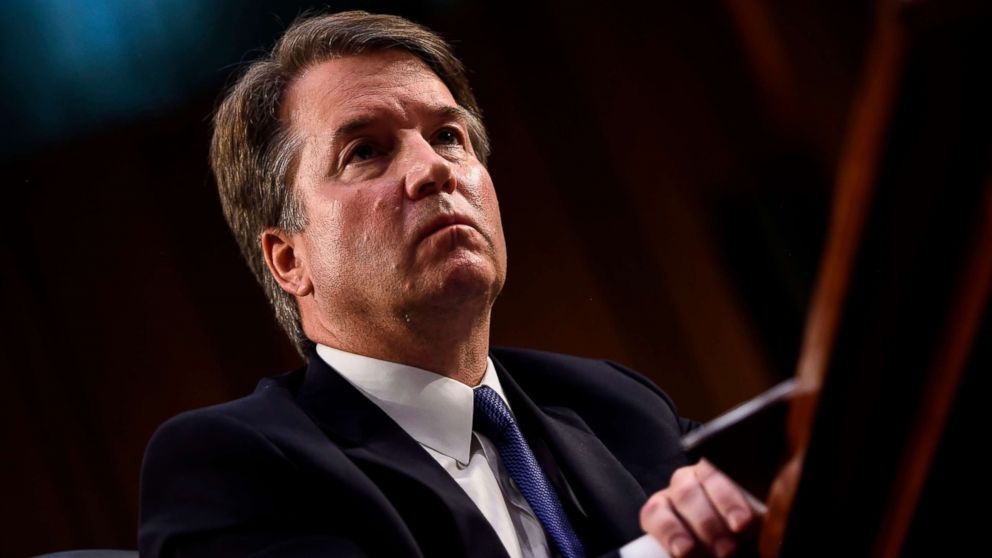 The Senate Judiciary Committee chairman said his panel will vote Monday on Brett Kavanaugh's Supreme Court nomination if there's no agreement on whether and how the woman accusing him of a long-ago sexual assault will tell her story to lawmakers.

Grassley said in a statement that he has not agreed to Ford's proposal that she testify after Kavanaugh.
He also said he'll decide who conducts the questioning. That indicates he's rejected Ford's request that the committee's all-male members not use an outside counsel, likely a woman, to question Ford. 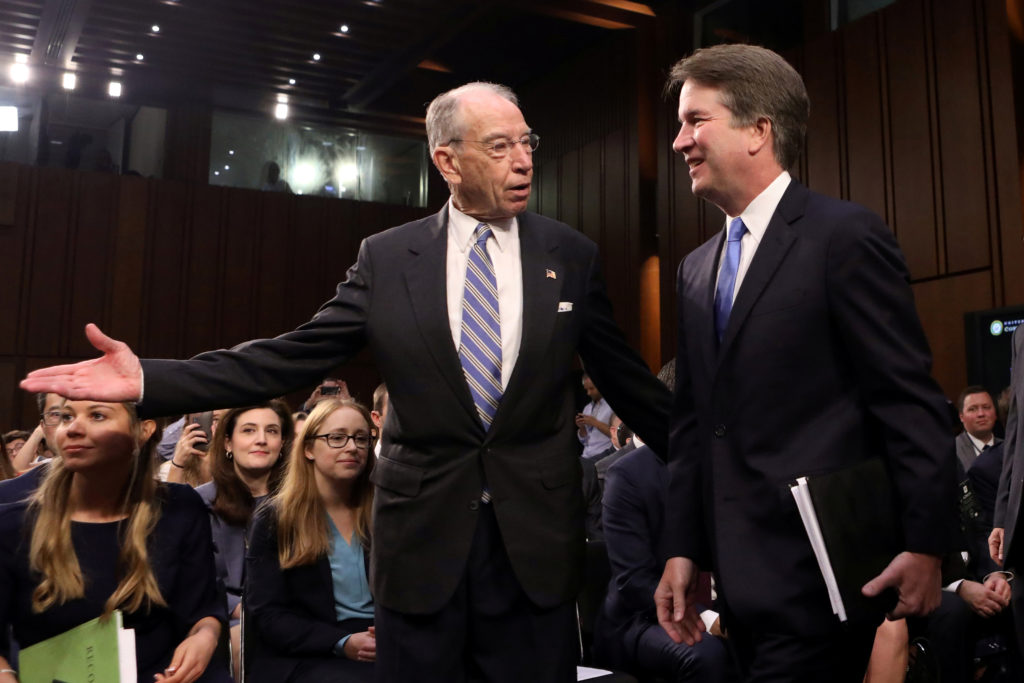 She can't remember the year, she can't remember how many people were in the room, she's changed her story, and she sat on this for decades - only to have it appear, oh-so-conveniently - at just the right time.

When nobody, including people who she says were at that party, remembers this, when she told nobody, it smells like either a set up or a book-deal  quest for SJW dopamine-applause seeking.

And according to Alan Dershowitz, she's setting conditions that nobody has ever set before.

We used to have this thing called "Innocent until proven guilty"; that's passes, don't you know?

"Drag $100 and a post-scandal, ghost-written book offer through a Leftist college campus, and you'll never know what you find."

Where were you #metoo hypocrites when Bill Clinton was accused of rape?  Where are you now when Keith Ellison IS accused of domestic violence?  The difference between "R" and "D".

--David
Posted by Brock Townsend at Friday, September 21, 2018 No comments: 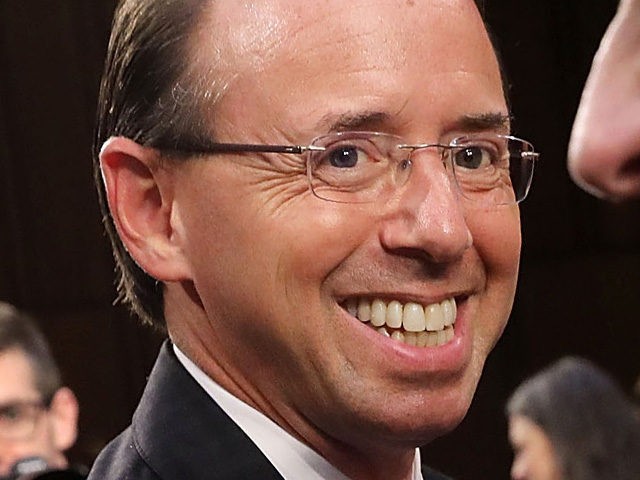 The New York Times writes that Rosenstein shared these plans with “other Justice Department and FBI officials,” all of whom relayed their accounts to the paper anonymously.

During a series of July 2017 meetings with fellow Justice Department and FBI officials, Rosenstein reportedly made the explosive suggestion of recording the president, and while the plot never materialized, he reportedly told then-FBI Deputy Director Andrew McCabe that he believed it was possible to convince Attorney General Jeff Sessions and then-Homeland Security Secretary John Kelly to later invoke the 25th Amendment. 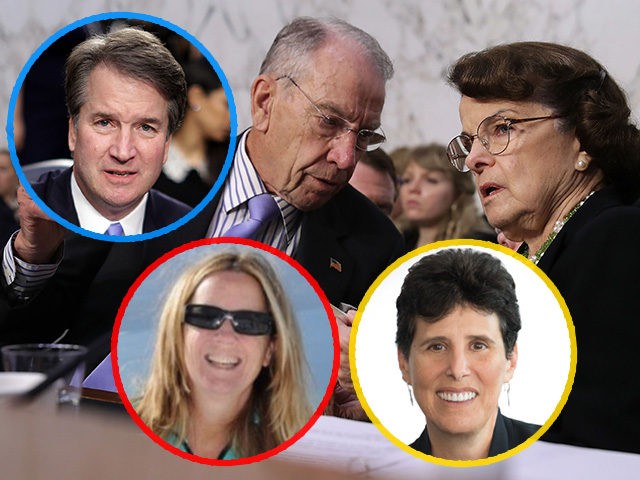 Friday, September 21, 2018: The Senate Judiciary Committee has yet to respond to Ford’s lawyer’s demands.

CNN reports that the Republican possible counter-offer to Ford includes a Wednesday hearing; Ford will testify first, followed by Kavanaugh; and questions will be asked by an independent counsel.
Update: NBC News also reports on the GOP’s counter-offer to Ford, including the new detail that only two witnesses will be called and the Committee will “pick a lawyer for question” Ford.
Politico reports that the Senate Judiciary Committee is giving Ford the end of the day Friday to accept this counter-offer.

A Republican senator on the Committee told Politico, “We’ll do [the hearing] on Wednesday, we expect [to hear] the accuser before the accused, and we do intend to have the counsel do the questioning.”

The source also said the Committee agreed to Ford’s request to have only one camera at the hearing and for Kavanaugh not to be in the same room with her.

Republican Committee members discussed this on a Friday morning conference call, according to Politico, “[a]nd barring new revelations, the party plans to vote on Kavanaugh’s nomination in Judiciary Committee shortly after hearing [Ford’s] testimony next week.”

A senior Democratic Senate aide told Politico that the GOP’s offer of a Wednesday hearing date is one of several “nonstarters with Democrats and Ford’s camp” because they “had made clear that [Ford] could not be in the capital to testify before Thursday.”

The Democratic aide accused the GOP of “making this disingenuous counter-offer knowing she won’t be here.”

“Ford does not want to fly from her California home to Washington,” a Republican senator told Politico, and therefore “she may need to drive across the country to make the hearing. Ford has reportedly told friends she is uncomfortable in confined spaces, indicating a physical difficulty in making the trip by plane.”

Update: The 5:00 p.m. deadline for Ford and her lawyers to respond to the GOP’s counter-offer has now expire. No word yet on whether they have accepted.

Update: The Washington Post reports that the deadline has now been extended to 10:00 p.m.

Mitch McConnell:‘Judge Kavanaugh Will Be on the United States Supreme Court’

Sen. McConnell predicted that the Senate will soon confirm President Donald Trump’sSupreme Court nominee on Friday despite the accusations laid against Kavanaugh. Christine Blasey Ford, a California psychology professor, has accused Kavanaugh of sexually assaulting her when they were both in high school in the 1980s.

Ford alleges that in 1982, 17-year-old Kavanaugh and a friend pulled Ford into a room during a high school party in suburban Maryland, forced her onto a bed, and groped her over her clothing before she was able to escape.

McConnell continues to back Kavanaugh, saying that “President Trump has nominated a stunningly successful individual.”

Brennan and Clapper Accused of Hacking John Roberts To Blackmail Him Obama administration intelligence officials John Brennan and James Clapper must answer to the allegations that they blackmailed Supreme Court Justice John Roberts to get his vote for Obamacare in 2012.

Attorneys for an NSA and CIA whistleblower in D.C. circuit court are trying to see to that.
Roberts, who reportedly was investigated at one time for illegally adopting his sons, betrayed the Republican base that initially celebrated his Bush appointment when he confirmed the supposed constitutionality of Obamacare during Obama’s re-election campaign.

NC: "Due to the hurricane, unlawfully possessed firearms and ammunition are now doubly-unlawful,” 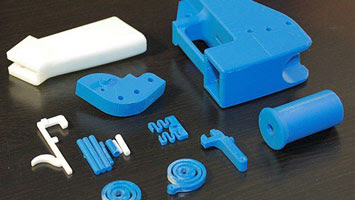 The Utter Futility of Gun Control

“So, due to the hurricane, unlawfully possessed firearms and ammunition are now doubly-unlawful,” asked one person on the Leland Facebook page. “Brilliant.”


In a last-minute decision, the North Carolina town Leland reversed their temporary ban on the “transportation or possession, or the sale or purchase of any dangerous weapon or substance, while off one’s own premises.”

The weapons ban was supposed to go into effect for the duration of hurricane Florence. Although initial projections have varied, weather experts expect hurricane Florence to strike land as a Category 2 storm, with winds over 100 miles per hour.

Dow, S&P Surge to Record Closes as Economy Steams Ahead U.S. stock markets smashed records on Thursday as investors tuned out politics, natural disasters and trade to focus on a flourishing economy that is producing robust corporate earnings.


Citing “sources,” Fox News’ Shannon Bream reports on the demands Christine Blasey Ford and her legal team are making as a condition for her testifying about her allegations against Brett Kavanaugh:


Ford team wants NO questions from lawyers, only Qs from Committee members, #Kavanaugh cannot be in the room, Kavanaugh must testify FIRST – more to come …

These demands are absurd.