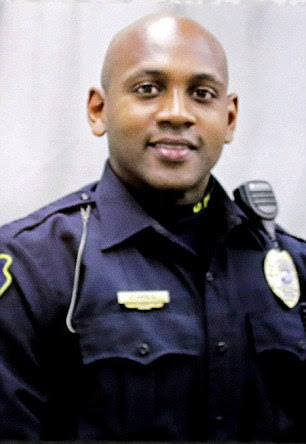 You use your mace idiot. That's what my Cape Carteret cop did when attacked on my property by a neighborhood dog.  You get nothing but contempt and scorn from me.  Should not have been let back on the force.

This is the shocking moment a cop tried to shoot a family's dog and accidentally killed a mother-of-three in front of her young son.

Burlington Police Officer Jesse Hill was responding to a domestic dispute on January 6, 2015, when he said he slipped and shot dead Autumn Steele, while aiming for her pet.

Body cam footage shows the cop arriving at the Burlington home, in Iowa, where Steele, 34, was in a heated row with her husband Gabriel.

Salon: WHITE MEN Must Be Stopped for Future of Mankind

Whites must be wiped out for the good of mankind.

Racism against Whitey is Good.

“Ironically, earlier this year a liberal TV station in Raleigh raised the question of whether Virginia permit requirements are sufficiently stringent to allow Virginia permits to be used here. Now, liberal Democrats in Virginia are claiming our permit standards aren’t sufficiently stringent. What both have in common is that they are solutions in search of a problem, and are just thinly veiled political schemes to restrict the ability of lawful citizens to protect themselves and their families.

“In truth, regardless of issuing standards, concealed handgun permit-holders are overwhelmingly responsible, meaning they rarely commit crimes. I defy anybody to come up with credible statistics indicating that different issuing requirements correlate with the likelihood of permit-holders committing crimes, because those statistics don’t exist.

“In fact, we now have seven states with laws eliminating the need for concealed carry permits by lawful citizens altogether – that’s right, in Alaska, Arizona, Arkansas, Kansas, Maine, Vermont and Wyoming you don’t need a permit to carry a firearm for lawful self-protection. Yet even in the states where no permit is required, nobody has demonstrated a problem with lawful citizens suddenly running amok.

“By disqualifying fully twenty-five of thirty states from reciprocity, all Democrat Governor Terry McAuliffe and Democrat Attorney General Mark Herring (maybe we should call him “Red Herring?”) have done is to trump up an “audit” to restrict, as much as possible, the ability of citizens to protect themselves.

“Given that radical Islamic terrorists have vowed to hit “soft targets” in the United States, what Virginia and other states should be doing is to loosen restrictions on concealed carry, not tighten them. In fact, Japanese Admiral Yamamoto is credited with saying, “You cannot invade the mainland United States. There would be a rifle behind every blade of grass.” We are asking the 11 million concealed handgun permit-holders across the country to do exactly that, and to help them, we have set up a website at www.EveryBladeOfGrass.org.”
Posted by Brock Townsend at Wednesday, December 23, 2015 No comments: 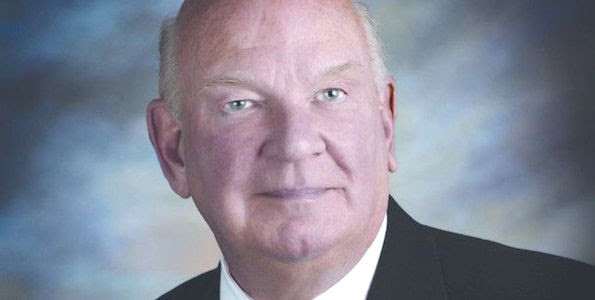 A Wisconsin mayor is fending off fierce backlash after he called President Obama a Muslim who has “destroyed the fabric of democracy.”

Would render executive action “advisory only”

Paul’s legislation, named the Separation of Powers Restoration and Second Amendment Protection Act, would render any action on gun legislation by the president which circumvents Congress as “advisory only” in nature.

Paul’s bill would apply to “any execution action on gun control that either infringes upon congressional authority or potentially violates the Second Amendment.”

The bill then mandates that once an executive action has been classified as “advisory only,” it would require Congress to pass it in order for it to take effect.

The bill also outlines that it is within their power for a “state official, member of Congress or person affected by an executive action on gun control to launch a civil lawsuit.”

The legislation will be fast-tracked through the Senate and is expected to be made a priority after the Christmas recess.

In a statement released Monday, Paul said, “In the United States, we do not have a king, but we do have a Constitution. We also have the Second Amendment, and I will fight tooth and nail to protect it.”

Liberation theology: Tool of the Kremlin

In 2007, Lt. Gen. Ion Mihai Pacepa, the highest-ranking Soviet bloc official ever to defect to the West, told the world that Soviet bloc intelligence agencies had cultivated and developed the pro-Communist union of Marxism and Christianity that the world came to know as liberation theology. Pacepa documented that disinformation operation six years later, in the book “Disinformation: Former Spy Chief Reveals Secret Strategies for Undermining Freedom, Attacking Religion, and Promoting Terrorism,” which I was privileged to co-author with him.

The KGB liked the term “liberation.” In 1964, it formed the National Liberation Army of Bolivia (with help from the Communist icon Che Guevara). That same year, the first Palestine Liberation Organization (PLO) Council, consisting of representatives handpicked by the KGB, approved the Palestinian National Charter. In 1965, the KGB created the National Liberation Army of Colombia (with help from Fidel Castro). Later, the KGB would create the Democratic Front for the Liberation of Palestine, which carried out numerous bombing attacks, and the Secret Army for Liberation of Armenia, which organized numerous bombing attacks against U.S. airline offices in Western Europe.

False Notes From Wynton Marsalis Lead To A Divided City

The City Council of New Orleans, at the behest of Mayor Mitch Landrieu (who in turn was acting as the urging of jazz great Wynton Marsalis) has rewritten history, vilified the 70 million-plus Americans who are descended from the Confederate Army, and ruptured the Big Easy in ways that may take years to repair.

At a time when national polls show national racial tensions at a level unseen for decades, Mayor Landrieu and the Council have ignited an unnecessary and terribly divisive civic battle over some venerable Confederate statuary, especially the monument to Robert E. Lee in Lee Circle. The sudden opprobrium heaped upon Lee and the Confederacy by Landrieu, Marsalis and the full-throated chorus of the New Orleans Times-Picayune newspaper has not been seen since the War itself, now 150 years into our past.

Via David "One should speak only good about the dead.  OK.  He's dead.  Good." 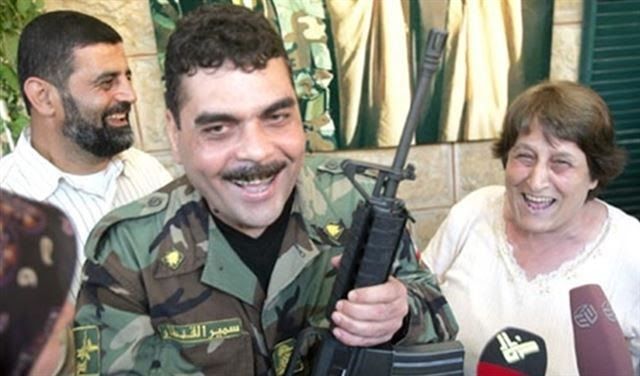 GOP consultant Rick Wilson went on MSNBC and said the Republican establishment has to “put a bullet” in Trump’s head.

Once upon a time, FOX News was known as the so-called “conservative” news channel.

FOX was fair and balanced on reporting abuse hurled at GOP politicians and candidates. 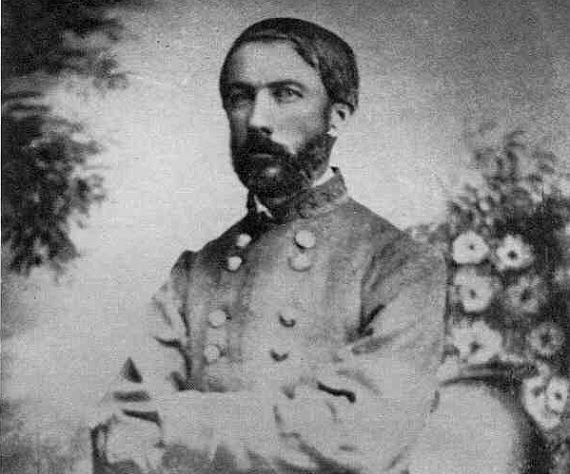 General D. H. Hill: Memorial Day, June 6th, 1887, Baltimore
"In regard to your first communication touching the burning of Plymouth you seem to have forgotten two things. You forget, sir, that you are a Yankee and that Plymouth is a Southern town. It is no business of yours if we choose to burn our own towns. A meddling Yankee troubles himself with everybody's matters but his own and repents of everybody's sins except his own. We are a different people. Should the Yankees burn a Union village in Connecticut or a codfish town in Massachusetts we would not meddle with them but rather bid them God-speed in their work of purifying the atmosphere."

Gentlemen of the Historical Society of Mecklenburg (1876):
Our president has appropriately introduced the series of historical lectures with the inquiry, why so few have attempted to preserve the record of the great events in the history of North Carolina, and to embalm the memories of the illustrious actors therein. Perhaps, it may not be amiss in me to pursue the same line of thought. For, if the neglect of our past history be due to the lack of materials, then our organization is in vain, and our time and our labor will be thrown away. The truth, however, is that our materials have been rich and lustrous, and the causes which have led to the neglect of them can only be explained by an examination into the characteristics of our people and those surroundings which have moulded their thoughts and their actions.

We look for an explanation of this neglect, in part, to the influence exerted in the State by the Scotch-Irish population. These people have ever been God-fearing, law-loving, law-abiding, honest, truthful, energetic and courageous; but they are, to the last degree unpoetic and averse to hero-worship. They never canonize saints, nor idolize warriors and statesmen. This rugged race bore the brunt of the contest in North Carolina. They fought the battles of freedom for freedom’s sake, and when that guerdon was won, they cared not to exalt the merits or the prowess of this or that leader, each conscious of his own equal worthiness. The Scotch-Irish disdained the laudations of heroes as much as their great religious leader, John Knox, disdained “to fear the face of mortal man.” Such a people would be slow to build monuments, erect statues and write histories to commemorate deeds of high emprise. Perhaps, this self-reliant, self-asserting and unsentimental people would regard everything that looked like hero-worship as unmanly and contemptible.


More @ The Abbeville Institute
Posted by Brock Townsend at Wednesday, December 23, 2015 No comments: