End Game: Majority of Americans Want Their Healthcare Paid For By Taxpayers

Before Obamacare was shoved through and passed in 2010, conservatives and small government proponents warned that once the entitlement program was implemented, it would be impossible to take away. They were right.

Fast forward five years and a new poll from the Kaiser Family Foundation shows a majority of Americans want Obamacare subsidies mandated in all 50 states if current federal subsidies are struck down in King v. Burwell. In other words, the majority of country wants healthcare plans paid for (aka subsidized) by someone else.

Let Us Salute the Flag: On the Nobility of Motives

Via comment by Sioux on "No bended knee for me" - Who Does the Patriot Fig..

Fred was a Marine in Vietnam and seriously wounded. I imagine his end box is overflowing from this. :)

Aaaagh! Enough. I keep reading that I should Honor Our Troops. On airline flights, I am asked to applaud Our Young Men in Uniform. Why, for God’s sake? What have Our Troops done for me except cause me great embarrassment, cost money better spent on anything else, and kill millions of people that I have had no interest in killing? For this I am to thank them?

No, they don’t have noble motives. Men join the military because they need a job, because they want money for college or because they are bored or want to prove their manhood or go to exotic places and get laid. Basic training, jump school, being a tank gunner or doing nocturnal scuba insertions are much more appealing to a young man than selling fan belts at the NAPA outlet.

Patriotism? “Love of country” is an after-market add-on, good for a drink or a pat on the back at the Legion--nothing more than an expression of the pack instinct that makes men in all places and times join in groups to fight other groups.


More @ Fred On Everything
Posted by Brock Townsend at Tuesday, June 16, 2015 No comments: 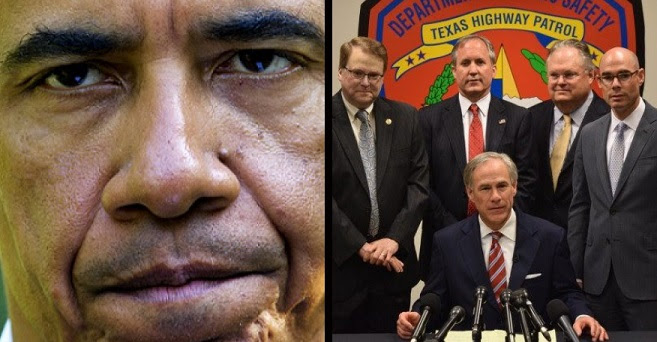 Again, I will say HELL YEAH TEXAS! Why? Texas takes care of business time and time again! This is huge.


As we all know, Obama has created an immigration crisis unlike any other. He has intentionally weakened our southern border to bring in Democratic voters as well as for other destructive reasons. It’s all a part of the big plan to bring down America. That is what he wants and he is doing one hell of a job!

Obama’s illegal amnesty has caused complete chaos for Texas and Governor Abbott has had enough!

The Last Rebels: 25 Things We Did as Kids That Would Get Someone Arrested Today 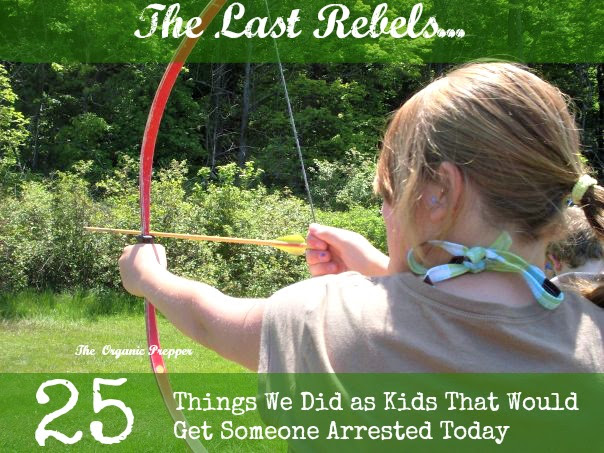 My father lost one eye from a BB gun fight.

With all of the ridiculous new regulations, coddling, and societal mores that seem to be the norm these days, it’s a miracle those of us over 30 survived our childhoods.

Here’s the problem with all of this babying: it creates a society of weenies.

There won’t be more more rebels because this generation has been frightened into submission and apathy through a deliberately orchestrated culture of fear. No one will have faced adventure and lived to greatly embroider the story

Kids are brainwashed – yes, brainwashed – into believing that the mere thought of a gun means you’re a psychotic killer waiting for a place to rampage.

Via comment by Anonymous on Ukrainians Dispossessed, Americans are next 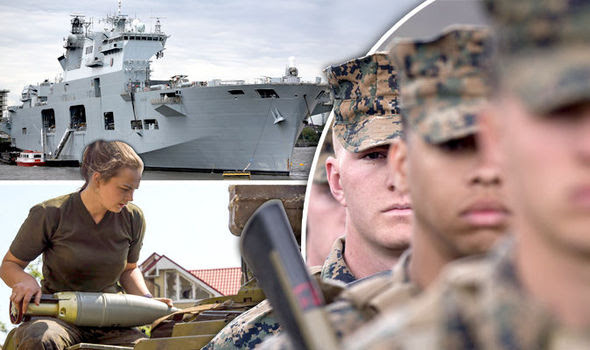 AMERICA is set to deploy a crack team of Marines on board a British warship in response to Vladimir Putin's aggressive advances in Eastern Europe.

Hundreds of elite troopers will be stationed with British troops on a Royal Navy gunship, as part of a thinly-veiled warning to the Russian president.

Hundreds of elite troopers will be stationed with British troops on a Royal Navy gunship, as part of a thinly-veiled warning to the Russian president.

The move is also designed to be a show of strength to nervous NATO allies across Europe, who are worried they might be the next victims of Putin's expansionist ambitions.

The price of Tuna and shark attacks

Strangely enough it was just over a week ago when I noted the average price of Tuna fish was ridiculously low in comparison to the past two years.

The price drop for a factory boat processed can of tuna has dropped more than 40%.

What that generally indicates is an abundance of market supply, too substantial for just a general drop in demand.  Unfortunately, this also means a depletion of resource origin in the water, less tuna swimming about.  Noting a significant shelf price drop indicates the supply growth is several months past.

So I checked global price sourcing.  [Because sport tuna fishing has been a hobby of mine since an accidental catch of a 300 lb “Big Eye” two decades ago netted me enough money to buy a brand new car]  Yep, confirmed, early 2015 Global pricing reflected a tuna price nosedive amid the more famous Japanese markets for “Bluefin”, a market indicator.

Too many of all Tuna species harvested.  What does that mean?

Via Comment by Anonymous on Louisville Kentucky – Video of Police Shooting As ...

Deng Manyuon stood in the middle of an intersection on a 33-degree morning in March 2013, wearing just shorts and a T-shirt and shouting at passing cars.

The Sudanese refugee, "manifestly under the influence of alcohol," then kicked a police officer in the rib cage, according to court records. Officers subdued him safely that morning.

But on Saturday, he swung a 7-foot flagpole at Louisville Metro Police Officer Nathan Blanford and the officer shot him dead, sparking a debate in the city about officers' use of deadly force and their sensitivity when dealing with the mentally ill or intoxicated.

Court records that chronicle Manyuon's seven years in Louisville describe a troubled man with mental illness and alcoholism, who routinely lashed out at the officers who tried to rein him in.

40 foot Container , Cargo / Shipping Container, has walls, Beds Built in, Toilet and sink are plummed, fiber glass shower , Kitchen sink plummed, Electric Panel, Lights and electrical, 2 Beams down middle, so it can be burried, or above ground, sealer coating on Roof ,sides and ,back. Great Survival shelter , almost finished , Great Price at 6,000 you move , if interested call Roy @ 406-360-5077 no texts I wont respond. If it's still here its available.

In 66 trading days on September 17, 2015, the Federal Reserve will, according to Bank of America, hike rates for the first time since 2006, which according to BofA will "end the era of excess liquidity."

We disagree entirely, but let's hear what BofA's Michael Hartnett has to say:


On September 17th the Fed will hike the Fed funds rate by 25bps according to Ethan Harris & our US economics team, the first hike since June 2006.

Recent US economic data support this view, in particular the solid May payroll & retail sales reports. Note that after a Q1 wobble, one of our favorite cyclical indicators, US small business confidence, has also bounced back into expansionary territory. Ethan Harris forecasts 3.4% US GDP growth in Q2, after 0.2% in Q1, and US rates strategist Priya Misra forecasts a Fed funds rate of 0.5% by year-end, and 1.5% by end-2016. Like Ethan & Priya, the futures market also looks for a modest Fed tightening cycle: Eurodollar futures contracts are currently pricing in 3-month rates in the US rising from 0.01% today to 0.65% by year-end, and to 1.54% by end-2016.


Yes, the US economy is so strong the Bureau of Economic Analysis has to fabricate double seasonal adjustments to goalseek GDP data that is non-compliant with the narrative. As for economists being wrong about a rate hike, or overestimating future US growth, let's just say it won't be the first time they are wrong...

Ron Paul - On the Police State

“Sexual Fluidity” Coming to Your Schools?

Via Cousin Joel "The next IDIOT idea coming to our schools by moron school board members." 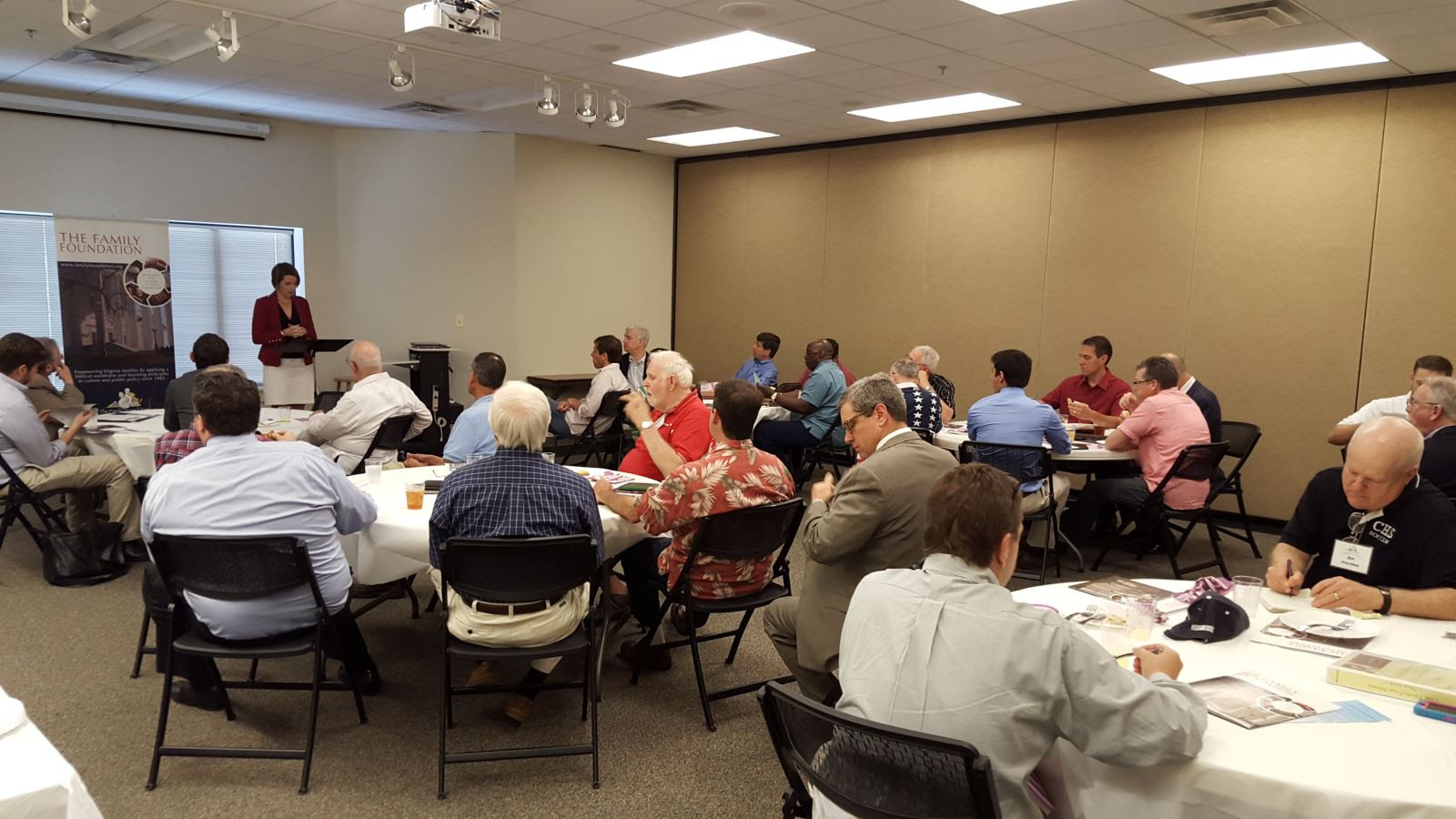 On Thursday, The Family Foundation met with two dozen concerned pastors in the Fairfax area to discuss recent Family Life Education (FLE) recommendations from the Fairfax County School Board that would introduce the idea of “sexual fluidity” – you’re gender is fluid as you grow up through school and can change with how you feel – to kids as young as middle school.  The great turnout, for a meeting we organized on very short notice as this is a quickly emerging issue, is an indication of just how concerned and motivated citizens are in the county.

And unfortunately, there is much about which to be concerned!  Willingly caving to pressure from President Barack Obama’s Justice Department, the Fairfax FLE Curriculum Advisory Committee has recommended that “gender identity” and “gender fluidity” including transgenderism be taught as early as 7th grade in FLE.  It’s additionally troubling that the Committee’s report only speaks of its broad objectives.  If the report is passed at the June 25th Board meeting, then and only then will the full lessons be written.

Essentially it’s a “pass it and then you’ll be able to see what you passed” scenario.

"No bended knee for me" - Who Does the Patriot Fight For? 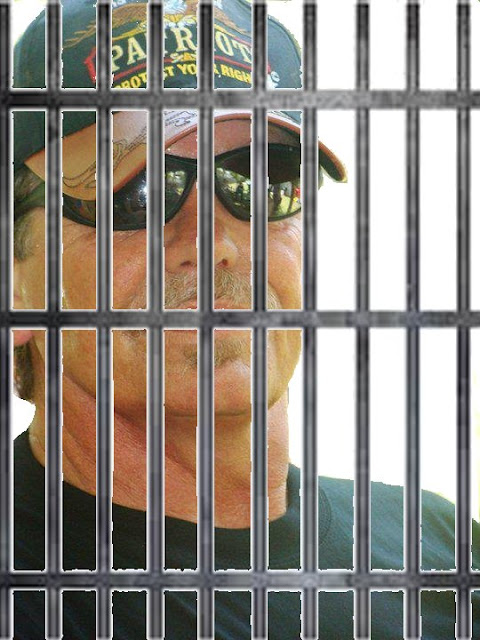 Almost every patriot I have met, when asked, “What are you willing to fight for?”, will answer, my family – my children and grandchildren. The Founders chose the word “Posterity” to explain their objective in both fighting and establishing a new government comprised of member States. What they did, they did for us, their posterity.

So, what happened when that government established upon those principles, as well as others, becomes the enemy of that very protection that they were, and we are, willing to fight for?

Robert Beecher recently faced a similar situation. His daughter, Jessica, had owned two .22 caliber rifles that were found on the property that Beecher lived on, and one of which was included in the Indictment. She had also bought her father a .30-30 rifle for his birthday. This, too, was included in the Indictment and a picture of Robert holding the 30-30, pasted in Facebook, was instrumental in the government filing a Criminal Complaint, and securing search and arrest warrants for the property and Beecher.