The War to Resist Centralization


Lincoln, in his war of 1861-1865, was victorious where King George III had failed in his attempt to prevent the political independence of the thirteen American colonies. It was not just the South that was subjugated by 1865, but the North as well with most State governments securely under Radical Republican control. No longer was the consent of the governed in the national conscience – the threat of invasion, violence and conquest of recalcitrant States replaced it.
Bernhard Thuersam, www.Circa1865.org  The Great American Political Divide

The War to Resist Centralization

“If centralism is ultimately to prevail, if our entire system of free institutions as established by our common ancestors is to be subverted, and an Empire to be established in their stead; if that is to be the last scene of the tragic drama now being enacted: then, be assured, that we of the South will be acquitted, not only in our own consciences, but in the judgment of mankind of all responsibility for so terrible a catastrophe, and from all guilt of so great a crime against humanity.” Alexander H. Stephens

No, this was a war between the Southern States and the federal government in Washington. It was a war to resist the centralization of economic, cultural, political, and military power. It was a war to uphold the most revolutionary principle ever asserted by man. That principle, the “consent of the governed,” was the basis upon which the Thirteen Colonies seceded from England.

As expressed by Jefferson [in the Declaration of Independence] and unanimously adopted by the Founding Fathers, the sole purpose of government is to secure the right of its citizens – nothing more, nothing less, nothing else. The concept of consent of the governed is the ultimate revolution, which throws off the shackles of tyranny from whichever direction it comes on the political spectrum.

The Lincoln scholars attribute the freeing of the slaves and the preserving of the Union to the federal government’s winning of the war, as if no other course of events could possibly have accomplished the same result. Their belief system about history is quite nearly predestination . . . [that] war was the only way slavery could have ended. Finally, since the war was inevitable [between North and South], the federal government is absolved from all violence, carnage and crimes against the States, the Constitution and civilians.

The idea that the Civil War was fought to “preserve” the Union is one of the most ridiculous ideas foisted on history. The only thing preserved was the federal government’s authority over the Southern [and Northern] States. Lincoln certainly fought to keep the Southern States under Union control as conquered provinces, not States.”

The Grand Jihadic Strategy of the Muslim Brotherhood: Destroying America from Within

The Muslim Brotherhood is the most powerful Muslim political organization in the world. Its motto is: “Allah is our objective; the Prophet is our leader; the Koran is our law; Jihad is our way; dying in the way of Allah is our highest hope.”

The Muslim Brotherhood (Ikhwan in Arabic) was established in Egypt in 1928 by Hassan al-Banna, a devout Muslim school teacher, and six followers. Al-Banna, his followers, and many Muslims in Egypt believed that Islam had become shamefully secularized and marginalized during British Colonial Rule and that of the secular Muslim leaders that followed after Egypt’s independence in 1922. Moreover, British military and political influence continued.

The Brotherhood was established as a Muslim revivalist organization with the goal of bringing Egypt and eventually all other Muslim nations back to the pure Islam of the Koran and the teachings of Muhammad. As purists, they also advocated expanding Islam over the whole world by peaceful or violent means, whichever is required.

By analogy, it was a “reformation” to turn Islam back to the doctrines and practices of its founders.

The Fake News Narrative on Trump, Charlottesville, and Christchurch

Revisiting Trump's comments after Charlottesville because of media misinformation about Christchurch.

In the aftermath of the recent mass murder in New Zealand, predictably, leftist politicos like Sen. Richard “Stolen Valor” Blumenthal (D-CT), and Leftmedia outlets like CNN, endeavored to link the assault to Donald Trump. They insist his “failure to condemn racists” after the Charlottesville murder in August 2017 proves he sympathizes with them.

The fake news narrative is that Trump called the racists “very fine people.”

For the record, let’s debunk that lie and restate exactly what President Trump actually said.


More @ The Patriot Post
Posted by Brock Townsend at Thursday, March 21, 2019 No comments:

I am saddened over your death. I once admired and respected you for all you'd done, all the influence, all the advances. But those efforts were ages ago. Now you are dead. You did that to yourselves and you were strongly warned and advised against it. Suicide, though sad, is not pitiable. 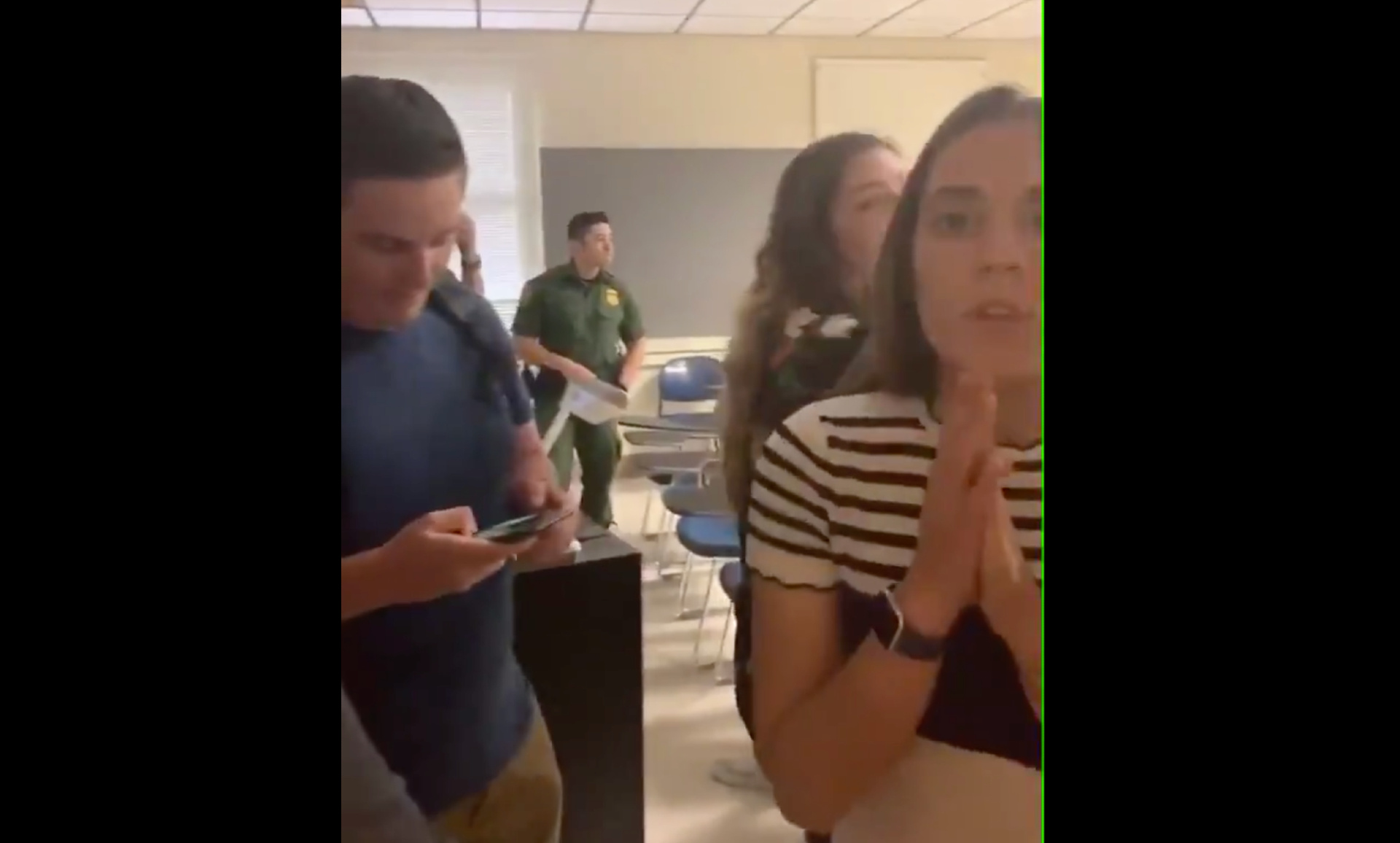 "I don’t know who allowed the murder patrol."

On Tuesday, two border patrol agents were harassed by students at the University of Arizona during an event intended to allow criminal justice majors to hear from law enforcement agents.

The agents were invited by the school’s Criminal Justice Association, which hosted agents from both the Bureau of Alcohol, Tobacco, Firearms and Explosives (ATF) and the Homeland Securities Investigations (HSI) wing of the U.S. Immigration and Customs Enforcement in previous meetings.

The Trump Phenomenon as Seen in Europe

President Donald Trump is frequently seen through the prism of an American media that despises him and wants to discredit him so that he can either be impeached soon or defeated in 2020. To a certain extent the foreign media has picked up on that depiction of Trump, emphasizing his boorish qualities and narcissism while neglecting what he has or has not accomplished while in office. To be sure there have been major missteps which have driven the Europeans and others crazy, including the withdrawal from the international climate treaty and the nuclear agreement with Iran, but Trump, to his credit, has also recognized the futility of Washington’s Asian wars and is serious in his intent to reduce the American footprint in places like Syria and Afghanistan. He is also an enemy of what is seen as the Establishment in global policymaking, choosing instead to promote national interests rather than international treaties and obligations.

My wife and I recently spent a week in Venice for the Carnival that precedes the beginning of Lent.