A California judge declined to drop felony charges against a middle school teacher-turned-Antifa leader and two other activists despite lawyers claiming the charges were part of a “witch hunt” against the educator.

Yvette Felarca, 47, the leader and spokesperson for the anti-fascist group By Any Means Necessary and a middle school teacher in Berkeley, was accused of inciting and participating in a riot in 2016 between white nationalist groups and counter-protesters.

President Trump on Sunday found a new angle through which to go after special counsel Robert Mueller's probe into his campaign — former Clinton adviser Mark Penn.

This piece was originally printed in *Southern Partisan magazine in 1986. *RIP, a wonderful magazine.

Some miles beyond Charlotte Court House, in Southside Virginia, one may find his way to Roanoke Plantation, which seems almost as re­mote as it was at the beginning of the nineteenth century. From the Revolution until 1810, scarcely a white man set foot on that planta­tion.- black overseers and perhaps two hundred slaves grew tobacco and wheat after a fashion. Then there shifted to Roanoke Congress­man John Randolph, the plantation’s proprietor, disappointed in men and measures, preferring solitude. And solitude he found there in his simple cabin, among his negroes, “my only friends and companions,” until he died (though in Philadelphia) in 1833. Congress has not since seen his like for eloquence and political passion.


More @ The Abbeville Institute
Posted by Brock Townsend at Sunday, June 03, 2018 No comments:


Adult and independent Civil War student, Shane Anderson, provides the list below of Southern Towns burned by the Union Army. He adds that the list keeps lengthening as he occasionally learns of new additions as a byproduct of his general studies. 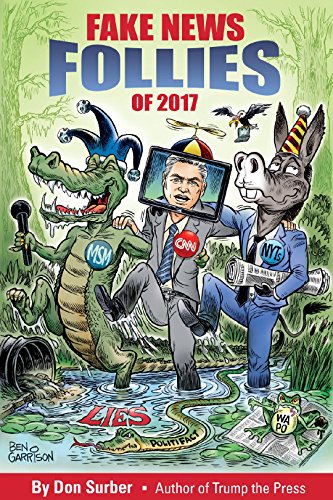 The American news media blackout of the Iranian revolution continues. People who promote themselves as the world leader in news are ignoring the problems the mullahs of Persia face in the wake of President trump's sanctions, and the passive-aggressive efforts by the Gulf states to end the regime and its sponsorship of terrorism.

So we must use non-mainstream reports. Less reliable.

"Tens of thousands of truck drivers across Iran continued a nationwide strike on Friday, marking its 11th consecutive day," a pro-revolution web site reported on Friday.

Taxi drivers are joining in.


On Saturday, The New York Times published a confidential memo written by Trump’s lawyers to Mueller dated January 29, 2018.
Mr. Trump’s lawyers hand-delivered a 20-page confidential letter to Mr. Mueller in January. The letter was a response to his request that Mr. Trump agree to be questioned about allegations that he committed obstruction of justice. The lawyers argued that Mr. Mueller does not need to talk to the president and laid out a series of claims that foreshadow a potential fight over a subpoena, were the special counsel to try to force the president to testify.


More @ The Gateway Pundit
Posted by Brock Townsend at Sunday, June 03, 2018 No comments:

There’s a lot of fuss right now about President Trump imposing tariffs on steel and aluminum imports. Critics fret about a trade war. Others worry there will be disruptions to global markets.

Realistically, the president had no choice but to stand up for America’s steel and aluminum producers. It’s simply a necessary step at a time when America’s industrial base is in worrying decline.

As I mentioned in my essay The Leftist Sense of Self, I have some interest in Psychology – having taken a class in college, which piqued my interest in the topic.  I was, however, turned off by the department’s leanings towards Skinner and the Operant Conditioning school of thought (while I concede that school-of-thought plays a factor in the mind, I’m more of a Freudian, seeing the human psyche as the constant warring battle between the ID (the earthly animal side) and the SUPEREGO (the divine soul) in the terrain of the EGO (the day-to-day human experience).  I.e., that we are merely the sum total of the various conditioning “treatments” we experience throughout life doesn’t sit well with me.)


That dormant interest reawakened when I discovered Dr. Sanity, whose blog went dark in 2012, alas.  Still, she’s got some great essays to which I refer quite often, and it’s definitely a browse-worthy place even for being dark.  Two of those essays that I’ve read and re-read often are:
More @ Red Pill Jew
Posted by Brock Townsend at Sunday, June 03, 2018 6 comments: