A Sevierville woman says she saw three people steal a flag off a truck in Gatlinburg and then set it on fire.

Kathy Leffingwell said she was spending time with her family in Gatlinburg on Saturday evening. She had stayed behind instead of taking a ride on the sky lift.

She said she saw three people walk through a parking lot, pull off a Confederate flag and then set it on fire.

"Was kind of shocked at first, it took me a minute to grasp what was going on and when I seen them I knew I at least had to snap a picture and do something," she said.

"I felt that I needed to get the picture and get it out there that people are destroying other people's property and that it's a heritage thing, not a hate thing and for someone to do that, i felt I needed to help out anyway I could."

Les Goodin flies a new Confederate flag from the back of his Harley after a stranger went out of her way to give it to him.

Goodin had his old flag torn from his bike and burned by vandals last weekend in Gatlinburg.

Kathy Leffingwell, who happened to be passing by, saw the whole thing and snapped some pictures.

Almost a week later he's still not over it. As a veteran, he flies the flag to honor those who fought in the civil war.

"I can't let it go because it's time for this racism stuff to end," he says.

The man whose Confederate flag was stolen from his motorcycle in Gatlinburg and burned says he wants racism of all kinds to end.

Leslie Goodin says he sees the Confederate flag as a part of history, not hatred.

"To me it's a Veterans Flag. As you see right in front of my house is a POW Flag, I have an American Flag, and I have a Confederate flag. They all three fly every day," said Goodin.

Goodin says he was out to eat in Gatlinburg Saturday night and when he returned he found his flag missing and a small piece on the ground.

"It's been waving from day one that I've owned the motorcycle. It didn't start just because of the Confederate flag stuff that's going on now," said Goodin. 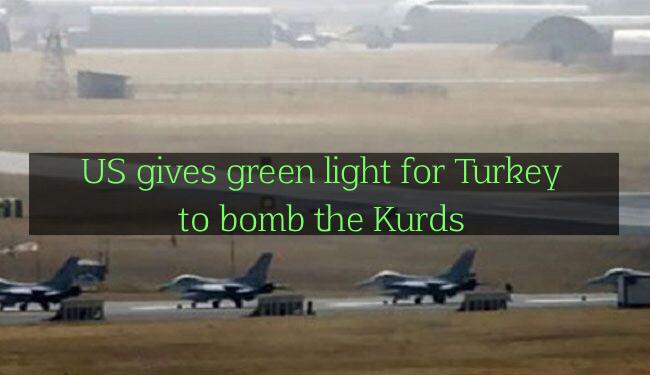 Forty to fifty Americans are fighting with Kurdish forces against ISIS–

Jordan told Greta Van Susteren in February that there are 40-50 Americans fighting with Kurdish forces against ISIS.

He also said the Kurds are very hospitable to Christians and Yazidis.

James Hughes, 26, and Jamie Read, 24, are fighting alongside other foreign volunteers with the Kurdish People’s Protection Units.

This week Obama gave a green light to Turkey to bomb the Kurds.


More @ The Gateway Pundit
Posted by Brock Townsend at Sunday, July 26, 2015 3 comments: Links to this post found this photo in a far relative's album. My relative served as a captain in the Bavarian Leib Infanterie Regiment. He wrote this on 5th September 1914 to his wife.

Photo shows the keen french major, who killed a sleeping German guard in the wagon with his own bayonet. He and seven others were executed in Ingolstadt.

Any chance to find out the name of the french major?


More @ Gunboards
Posted by Brock Townsend at Sunday, July 26, 2015 No comments: Links to this post

Bessemer man says Confederate flag made him a target

A Bessemer man says his home is under fire.  He says a drive-by shooting left his house riddled with bullet holes, putting his family in danger. He believes the Confederate battle flag he flies on his porch could be the reason behind the shooting.

Alek Seundryk says he woke up to the sound of gunshots just after midnight Sunday. “I heard three gunshot pops. Three pops. Very loud,” he said.

Kayla Buckner, his neighbor, says she saw what happened. She was standing outside, near the home on Avenue J in Bessemer. She says she saw a car approach the house, then slow down. “They stopped and conversated. He said naw man, eff that, and shot into their house,” Buckner said.


Hervey’s funeral will likely be the largest Confederate funeral procession seen in Oxford in a century.

While the Mississippi Highway Patrol is asking for the public’s help in the accident investigation, the Sons of Confederate Veterans are planning a full Confederate honor funeral with procession.

The SUV accident that killed Anthony Hervey on July 19, 2015. This photograph was taken by the only survivor of the accident, Arlene Barnum.

Hervey died under mysterious circumstances on Sunday, July 19 in an accident on Highway 6 in Lafayette County, Mississippi that flipped Hervey’s vehicle several times. The only survivor of the accident, Arlene Barnum, told investigators and media that a car load of young black men were chasing them and forced the SUV Hervey was driving off the road.


Was Paparazzi to blame or Bruce Jenner. Is the Elite covering this up as he has now become their prime show case propaganda piece?

Bruce Jenner’s fatal car crash cover up. If you and I slammed into the back of TWO cars and killed someone we would be charged with something.

But, why is it, we hear little about this on the six O’clock news, and he gets the Arthur Ashe Award for coming out as a transgender instead of being charged.

Oh, and why when he gets the award, he is Caitlyn Jenner but when he is involved in a car accident that kills a woman he is Bruce Jenner.

More @ Before It's News
Posted by Brock Townsend at Sunday, July 26, 2015 7 comments: Links to this post

Posted by Brock Townsend at Sunday, July 26, 2015 2 comments: Links to this post

This n' That From The Last Refuge

Posted by Brock Townsend at Sunday, July 26, 2015 2 comments: Links to this post 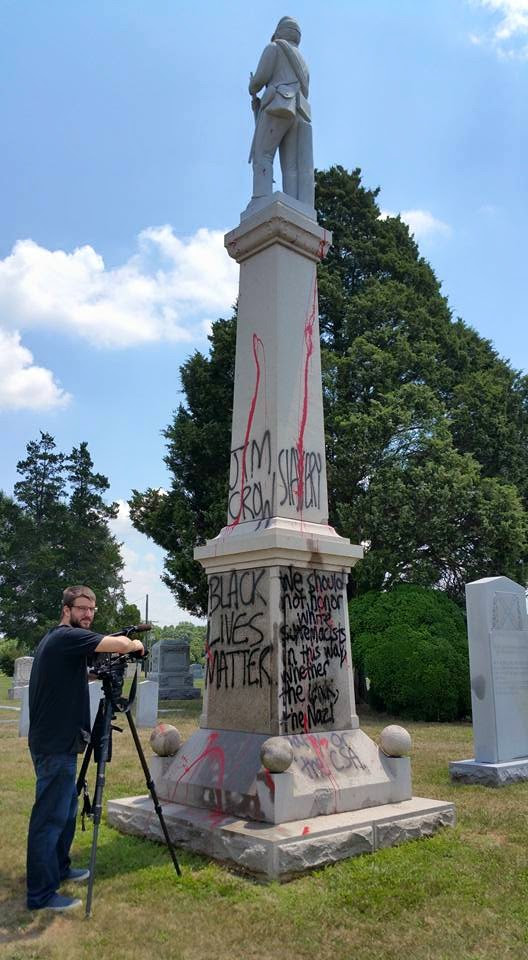 Why are these people compared to ISIS? I have no idea …

Whether it is Union Springs, AL, Memphis, TN, Van Buren, AR, or Reidsville, NC, entering Confederate cemeteries in the middle of the night to vandalize and desecrate the graves of the dead in order to make a political statement seems to be a hot new trend on the Left, especially among supporters of the #BlackLivesMatter movement.

Is there a better way to virtue signal your opposition to “hate,” “intolerance,” and “bigotry” than this?

Shelby Announces Return of the Legend 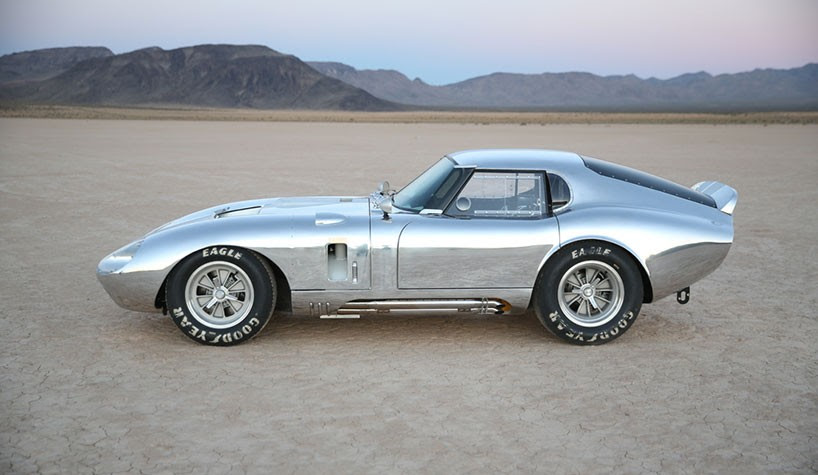 The original Shelby Daytona Coupe is considered America’s mythical unicorn. It’s hard to argue the Coupe’s place on America’s road racing Mount Rushmore, joining its brother the AC Cobra and Gt40 as some of Americas most storied race cars. Only 6 Cobra Daytonas were built between 1964 and 1965. In 1965, Shelby won the FIA World Sportscar Championship, prying away the title from rivaled Ferrari. So with each of these examples in the multi-million dollar range, being able to get your hands on of these is near impossible, until now.

12 reasons the governing elite must know it's deeply hated 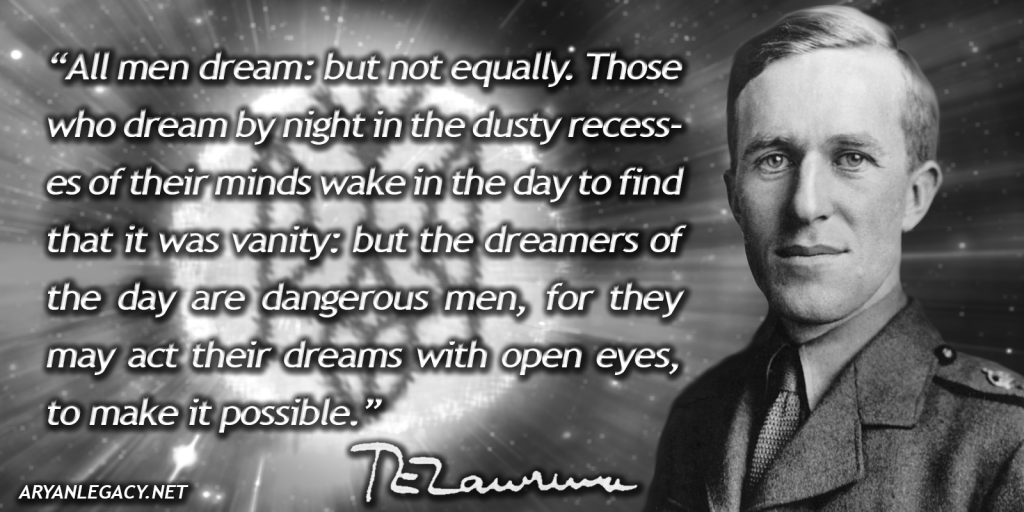 The frenzied attacks on Donald Trump by the U.S. governing elite and their slavish media/academic mouthpieces for his harsh but entirely truthful assessment of Senator McCain must leave you wondering if there is a possibility the America’s governing elite does not know how deeply and savagely it is hated by the citizenry?

This seems too much to believe, but the attacks on Trump surely suggest that the elite’s collective authoritarian head is thicker and dumber than stone. If these men and women need a starting point to learn why most Americans would prefer to see their pictures on a bull’s eye at point-blank range, rather than on a grinning-like- Hillary selfie, they could consider the following dozen items.


More @ Non-Intervention
Posted by Brock Townsend at Sunday, July 26, 2015 No comments: Links to this post 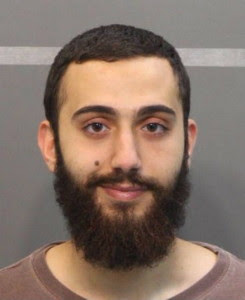 For all but two years1 of the entire history of the United States of America, new citizens have sworn an Oath of Allegiance. But an important ingredient in the oath is being stricken by the Administration. No more will immigrants have to promise to be willing to bear arms for the United States; they now will have an opt-out based, not even on religious belief, but any kind of inchoate and general “feels.” Like Abdulazeez here, maybe they want to bear arms against Americans? That’s fine!


More @ WeaponsMan
Posted by Brock Townsend at Sunday, July 26, 2015 No comments: Links to this post

The recent hashtag fireworks between the pro-immigration and anti-immigration right appears to be the second step of a long-awaited political battle that I have expected for more than a decade now. For years, conservatives afraid of being called racist have stupidly attempted to finesse the immigration issue, claiming that "it's not the immigration, it's the illegality" while loudly declaring their support for LEGAL immigration to balance their opposition to ILLEGAL immigration. But the distinction was always meaningless; the behavior of the individual immigrant and the cumulative effects of mass immigration have historically had nothing to do with the legality or illegality of the act of immigration.

The intra-Right conflict we're seeing now is in part the result of the Obama Administration punching right through that ridiculous position by simply legalizing larger-scale immigration than before. This is the second step of the battle; the first step was the publication of Ann Coulter's Adios America, which marked the first time a major American conservative media figure besides Pat Buchanan had the courage to finally come out and admit that the real problem with immigration is a) the quality of the immigrants, and b) the quantity of the immigrants.

Congress Must Hold Obama Accountable for His Deception Over Iran 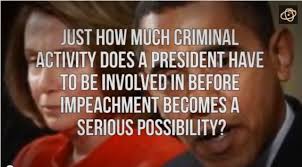 By lying and withholding information about the agreement, he gives aid and comfort to America’s enemy. The president “must certainly be punishable for giving false information to the Senate.” One can imagine hearing such counsel from a contemporary United States senator on the receiving end of President Obama’s “full disclosure” of the nuclear deal with Iran. But the admonition actually came from James Iredell, a champion of the Constitution’s ratification, who was later appointed to the Supreme Court by President George Washington.
More @ NRO
Posted by Brock Townsend at Sunday, July 26, 2015 No comments: Links to this post

IRS Scandal: It's Dangerous To Be On Wrong Side Of Obama 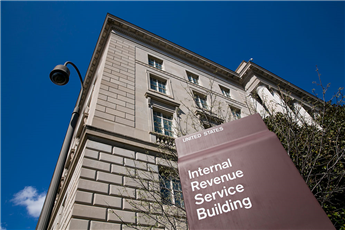 Corruption: A new batch of IRS documents shows an agency that's more political than practical. Besides harassing groups applying for nonprofit status, it went after donors of existing groups.

Documents produced by the IRS confirm that being on the wrong side of this administration is a dangerous place to be.

Judicial Watch, which used the Freedom of Information Act to pry the documents from the government's grasp, said Wednesday they "confirm that the IRS used donor lists to tax-exempt organizations to target those donors for audits."