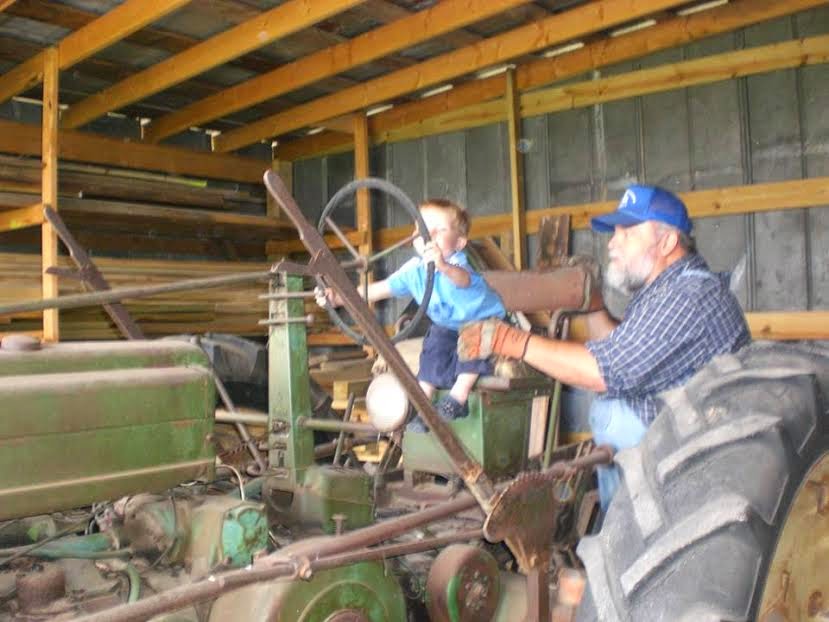 I am including a picture of me and my Grandson on the 1952 John Deere B. He wants to drive it bad.


Video has surfaced that appears to show antitank guided missiles in the hands of a rebel faction operating in southern Syria, the latest indication that sophisticated U.S. weaponry is making its way to antigovernment fighters in Syria.

The video, posted April 13 on YouTube, seems to depict a fighter from a group called the Omari Brigades firing a BGM-71 TOW missile at what appears to be a bunkered Syrian army tank.

Although other videos circulating on the Internet have shown rebel groups in northern Syria firing TOW missiles, this marks the first time the U.S.-made weapon has appeared publicly in the arsenal of insurgents in southern Syria, a key front close to the Jordanian border.

Why do some Ukrainians want to be part of Russia? BBC News (Excellent)

So when's the revolution? 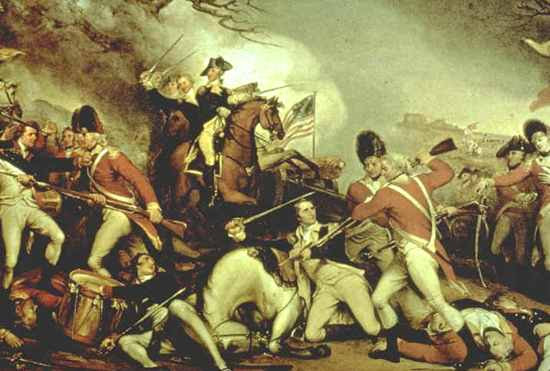 The horrifying headlines were coming so thick and fast this month it was hard to keep up:

Believe me, I could add hundreds more. Similar governmental tactics seem to be used in most of these situations: verbal taunting; turning law-abiding citizens into criminals at the stroke of a pen; a strong show of force, often hugely out of proportion to the nature of the alleged crime; an air of violent intimidation; and a suspension of constitutional rights, including First, Second, Third and Fourth (not to mention 10th).

I think it should be fairly clear by now that the purpose of the many government agencies is not to protect us, but instead to intimidate citizens with their Gestapo brownshirt tactics. At some point, something’s going to snap; and when it does, it will be ugly. 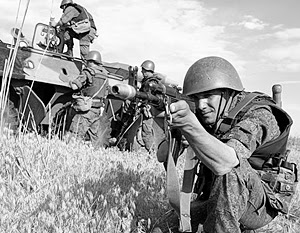 Two former head of the General Staff of the Russian Armed Forces shared with the newspaper VIEW his thoughts on a possible Russian peacekeeping forces in the Ukraine. Several other retired military believes that the Ukrainian army will not have any serious resistance, but Russia still should not interfere with what is happening.

"We do not mean the conduct of hostilities, but only a peacekeeping operation. Therefore, there will be enough of special operations forces - special brigade. These are people on the same "tiger" and give them a motorized connections on BTR or airborne troops.Plus need air support helicopters, Border Patrol agents for the control of PBS administrative boundaries, internal forces to maintain security in the area. A local defense forces with the local Ministry of Internal Affairs, the militia of Donbass and other power structures Donetsk and Lugansk regions must disarm "Right sector" and all the other fighters, "- said the former intelligence chief.

According to him, all these pieces are ready for an hour after the order to start a combat mission, and within a few hours - to complete it.

Just after I had posted yesterday’s article about the War of Northern Aggression being thrust upon the Western States, the Internet almost started glowing with new reports that rancher Cliven Bundy had been identified, by comments he made, as a flaming “racist.” As slow as the prostitute press was to pick up on his stand against federal tyranny the previous week, they literally jumped on the “racist” story before the teletype machines has stopped spitting it out. Their stories lit up the Internet and most “news” programs like a theater marquee.

This is the kind of stuff our “news” media literally drools over. They get a chance to make someone conservative, that they don’t much like, look bad. That makes their day. They get a chance to put their spin on something that was said by throwing around that politically correct “R” word–the one that’s supposed to scare everyone off and silence any legitimate dissent against their agenda and that of their Washington puppet masters.

Posted by Brock Townsend at Saturday, April 26, 2014 No comments:

The media distorts information to the point of social division. This is a photo of myself and the resilient, often charismatic, and maybe not so tactful Cliven Bundy. He’s a cowboy and a helluva family man, not an orator. One thing he definitely isn’t – a racist.

I found his comments to not only be NOT racist, but his own view of his experiences. Who the heck are we to determine another man’s perspective on the world around him?! Just because Picasso’s view of the world was abstract, does it negate the fact that his art was genuine? Furthermore, if you take the time to do your own research, you’ll find that his statements about some black Americans actually hold weight.

He posed a hypothetical question.


More @ The Black Sphere
Posted by Brock Townsend at Saturday, April 26, 2014 No comments:

My mother went to college in Red Springs where Rev. Manning was raised.

Rev. Manning On Growing Up In Red Springs, NC With...

Glenn Beck, who fancies himself a libertarian, is working with corporate media insiders and a former CIA employee who flaunts his membership in the globalist Council on Foreign Relations. The objective of this group at the very heart of Beck’s operation, now readily apparent following the Cliven Bundy standoff, is to portray the Nevada rancher as a racist zealot, a member of a dangerous and outlaw sovereign citizen movement, and inseparable from violent and conspiracy crazed “militia” domestic terrorists. Beck’s campaign mirrors that of the Obama administration, Eric Holder’s Justice Department and the liberal media intelligentsia.

Ellmers insulted a group of constituents for expressing valid concerns about mass immigration, rudely lashed out at Laura Ingraham, then turned to liberal donor groups to help her primary campaign -- an appeal that resulted in huge donations from Mark Zuckerberg.

For Progressives, “Thoughtcrime” is Worse than Mass Murder

As any reasonably well-informed attorney knows, if a police officer follows a driver long enough he will witness a violation that supposedly justifies a traffic stop. Once this happens, the officer will “build the stop” by seeking a pretext to search the vehicle for evidence of violations that can lead to an arrest of the driver, or seizure of the vehicle and its contents.

Cliven Bundy, among others, can testify that Regime-oriented journalism operates in a very similar fashion: Have a reporter from the New York Times shadow a 67-year-old Mormon rancher from southeastern Nevada long enough, and eventually the subject will say something that offends current sensibilities about race. To be specific, Bundy used retrograde racial terminology in musing aloud about the damage done to the black family by the Welfare State—which he suggested might be as evil, in some ways, as the odious institution of chattel slavery. 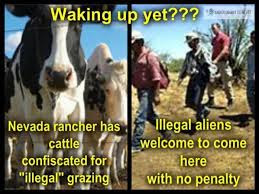 It seems that no matter who you are, how innocent your deeds, or how ethically you treat your fellow man, you are absolutely forbidden to speak on certain subjects, on pain of ostracism, being abandoned to the mercies of the State, or worse. The premier such subject, eclipsing all others, is the correlation between certain socioeconomic conditions and race.

Cliven Bundy, the rancher whose cause animated hundreds of freedom lovers to rally personally, bearing arms, to his defense against an overbearing federal government, has dared to touch on that forbidden subject: 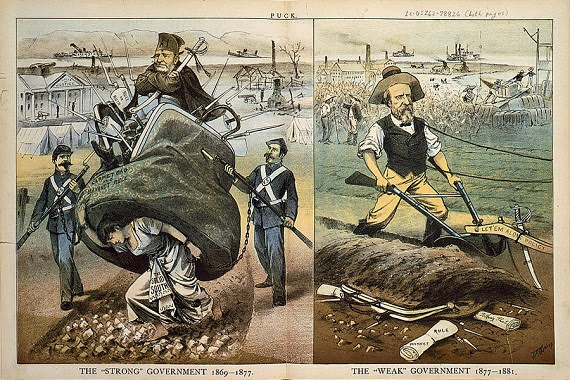 In his book The Coming of the Glory (1949), author John S. Tillery relates that on July 14, 1868, a visitor walked into the office of Abram Joseph Walker, Chief Justice of Alabama’s Supreme Court.

Walker had served as Associate Chief Justice from 1856, when the Legislature of Alabama had elected him to that post, until 1859 when he became Chief Justice. His tenure as Chief Justice would end in 1868. The visitor, a New York carpetbagger named E.W. Peck, had a favor to ask. Would he (Walker), and two other Alabama Justices, peacefully vacate their places on the bench and make way for he (Peck) and two of his (carpetbag) associates?

Of course the reference to a “peaceful” transition was no less than a thinly veiled threat. Major General George Meade, Commander of the Military Occupation in the District of which Alabama was a part, had issued the following order just shortly before this event:


More @ The Abbeville Institute
Posted by Brock Townsend at Saturday, April 26, 2014 No comments: